Last week, Nick Kenyon and Luke Benedictus got into a horological war of words over the rights and wrongs of the humble NATO strap. Luke took a defensive why-the-hell-not approach while Nick stuck to the purist’s line that some things must remain sacrosanct otherwise the whole of civilisation will go to pot. 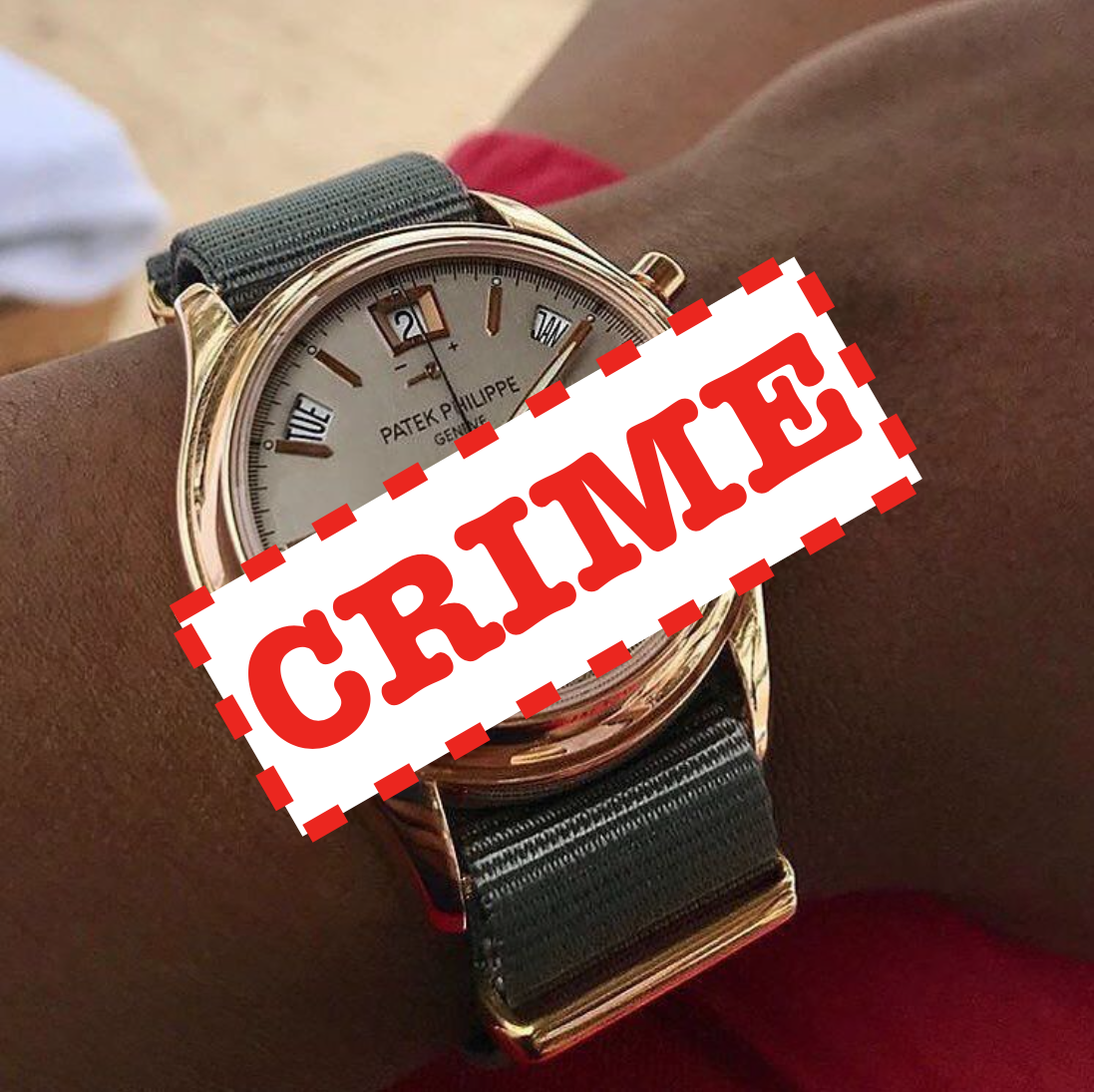 We then threw this head-scratcher out to the Time+Tide community on Facebook to canvas the views of the people. The results were mixed to say the least.

“No, it’s naff like no socks with a suit and shoes,” insisted Martin.

“If you still hold that a formal dress watch should be a slim, elegant two-hander… you just wouldn’t, would you?” said David.

But other people took a more lenient view. “I think it depends if you’re trying to casually wear it,” said Jeffrey. “Some cases you can dress down a watch.”

This week the poll on Instagram was much closer than the bloodbath last week, with the vote split 52% considering it a crime and 48% in the camp of sublime. Stay tuned for this week for colourful watches.