Editor’s note: As evidenced by the release of the popular Heritage Military watch, Longines have a long history in manufacturing reliable tool watches for the world’s armed forces. One that is sometimes overlooked today, but got people talking when it was first released, is the Longines Heritage Military COSD. A considered nod to the watches the brand produced around the time of WWII, the Military COSD is another strong contender for an everyday watch — with a 40mm case,  super-legible dial, and workhorse movement, there is a lot right about this watch. Felix has the full story below.

Inspired by a watch designed for the British military in WWII, the Heritage Military COSD watch is the latest in a long line of strong vintage-inspired pieces from Longines. 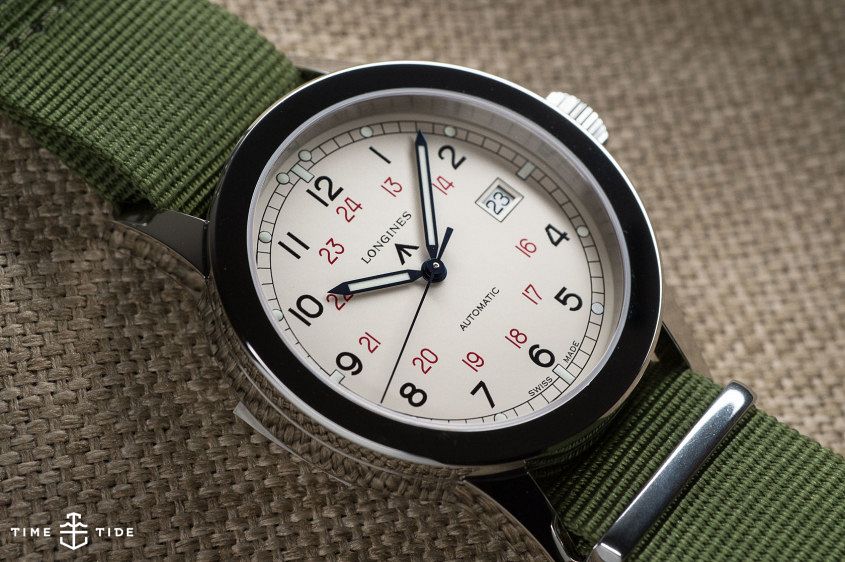 Longines routinely produce some of the best heritage reissues available, for two reasons. Firstly, their position in the Swatch Group allows them to create high-quality watches at accessible price points. But secondly — and more importantly — they have an amazing history full of great pieces that are ripe for reinterpretation. The Spirit, the Weems Second-Setting Watch, the Legend Diver, the Majetek — they’re all great watches inspired by Longines’ extensive back catalogue. 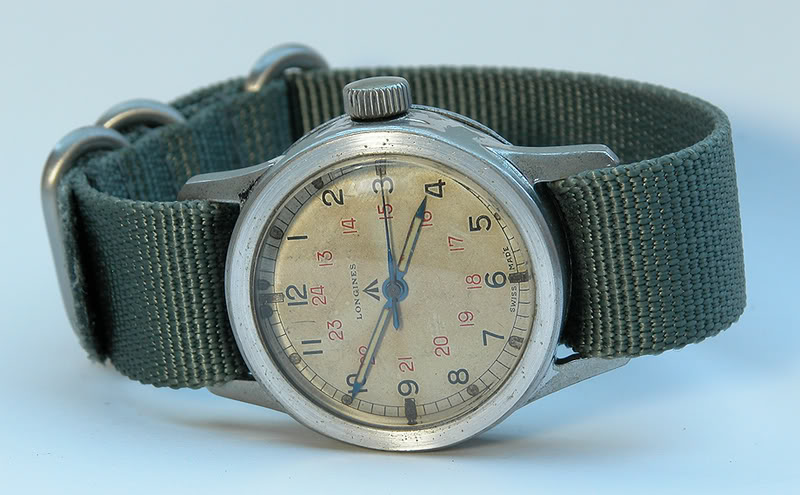 The latest addition to their Heritage collection is the Military COSD, inspired by a watch designed for use by British airborne units at the end of WWII. The watch, marked with the initials of the Company Ordnance Supply Depot (COSD), featured a robust movement and a case designed to protect against shocks. It used the high-quality Calibre 12.68, housed in a chromed brass case, with a highly legible dial showing both 12-hour and 24-hour time scales. 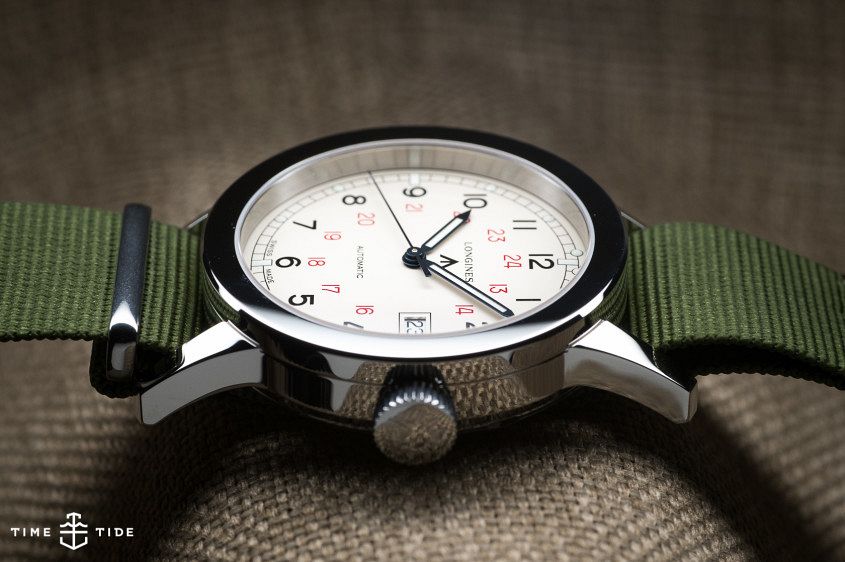 For the reboot, Longines have preserved the look of the Military COSD, with its oversized crown and blocky ‘tuna can’ case, though it’s now in solid stainless steel rather than plated brass, and measures 40mm across instead of 35.5mm. The most distinctive feature of the case is the broad, flat and polished bezel which significantly beefs it up, especially given how high it sits on the wrist. In fact, aside from the slight size increase and the use of stainless steel, the Military COSD is very faithful to the original — perhaps a little too much so. Case in point: water resistance of 30 metres might have been ample in 1944, but these days I’d hope for at least 100 metres on a watch that looks like it’s made to handle some outdoor action. 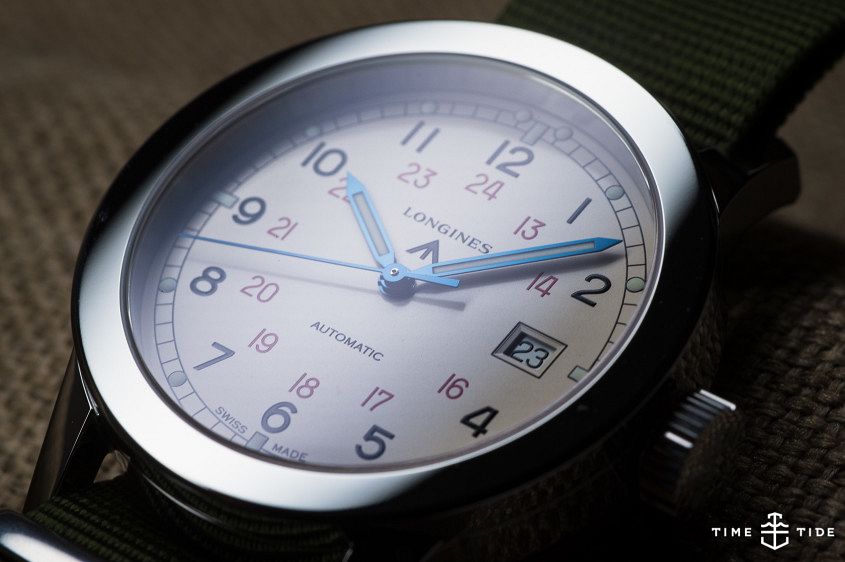 The dial of the Military COSD comes in two variants which, aside from the addition of a date, are both quite faithful to the original. The first is a black dial with white Arabic numerals and railroad track chapter ring, while the second is a creamy-white dial with black details. Both feature an inner red 24-hour time scale and blued steel hands. It’s a dial with many military cues — the clean numerals, the chapter ring and the applied lume plots. But the real clinchers are the 24-hour time display and the Broad Arrow underneath the Longines text. Resembling an arrow head, the Broad Arrow is a mark that’s been used in Britain (and its colonies) since the 17th Century to identify government, and especially military, property. In fact, based on an 1875 law, permission is technically required to use the mark in the UK. 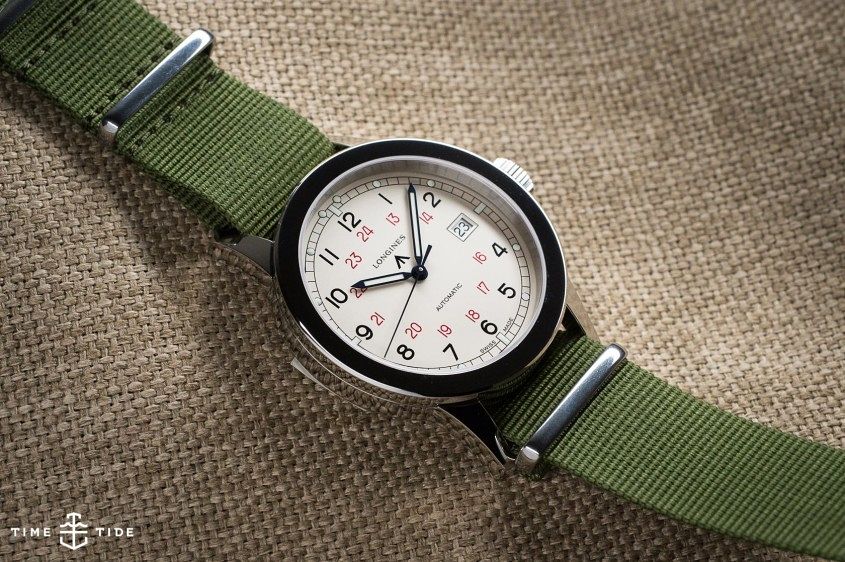 In addition to the two dial variants, the watch is offered on two choices of strap: padded alligator or green NATO. When we interviewed Longines CEO Walter von Känel he admitted needing some convincing when it came to offering a watch on a nylon strap, but we suspect his early fears have been assuaged, because in our opinion, the white dial on NATO is the strongest of the lot. While the leather versions look good, they lose some of the military personality that’s at the core of this watch’s appeal. 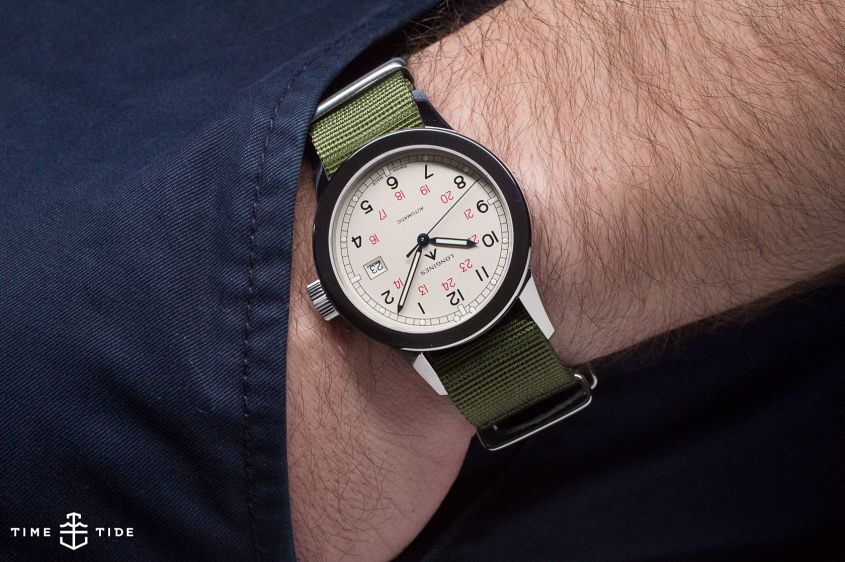 The Military COSD won’t be Longines’ highest-selling watch, but it’s not intended to be. What it will be is another critical hit. It’s a watch that highlights and celebrates the brand’s heritage and place in history, be that the Olympics, pioneering aviation or a pivotal moment in WWII.