Longines trace their origins back to 1832, and the values of tradition, elegance and performance are key to the brands identity and design. This year, Longines are celebrating their 185th anniversary with the 'On This Day' campaign – to find out what happened, click here for the Longines' history. We are telling our favourite stories too, with the 'Longines Time Machine' video series.

VIDEO: We take a look at 5 of the best Longines watches from 2020

This year has been a big one for Longines — for a couple of reasons. They have continued down the purist pathway of vintage reissues through their Heritage collection, as well as continuing to build their other enthusiast-favourite families such as the Record and HydroConquest collections. But the biggest news from Longines in 2020 was the launch of the Spirit collection, an event that certainly doesn’t happen every year at the Saint-Imier based manufacture. For Longines, the Spirit collection represents the meeting of past and future for the first thorough and meaningful way, blending their important history as instrument suppliers to the pioneers of aviation with more contemporary design cues and modern watchmaking technology.  Longines HydroConquest Green  The HydroConquest collection is Longines’ approach to a no-nonsense, robustly built and affordable dive watch. We’ve seen it expressed in a range of forms, from on a steel bracelet to a full black ceramic case, but this year we got the same approachable design and functionality in khaki green. This particular shade of muted, almost military, green has been increasingly popular in recent years, offering a quenching tonic against the never-ending procession of black and blue dive watches. At 41mm it is a feasible… Read More

Many of us are re-evaluating our preferred size of watches, as the trend is ever-increasing (or should that be shrinking?) towards 36-40mm watches for men, with vintage vibes. In my case, it’s a matter of practicality. My wrist is on the slender side and I wear a shirt most days, so a 45mm wrist chunk is not going to work. The increasing range of options is a godsend for many of us.  But have diminishing sizes hit all categories? Let’s say we’re looking for a tough, no-nonsense modern tool watch that can take a beating. In other words, a diver. The editor threw down the gauntlet with the seemingly unattainable goal of a full-on technical 300-metre ISO-spec diver being a key pre-requisite at a size of less than 40mm. The bonus round was to find five without vintage cues or cream-coloured lume. Modern in style, please. Surely this is an impossible quest? Seek and you shall find, I say.  1. Oris Aquis Date – the bestseller  What can we say, the Aquis Date from Oris in Hölstein, Switzerland has been a resounding success, and has transformed into what is now a considerable range. The Aquis has, for many, made Oris… Read More 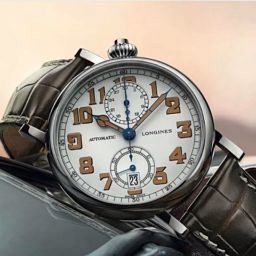 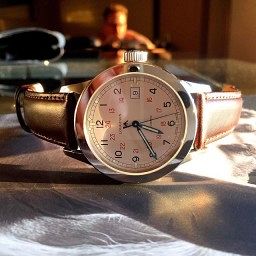 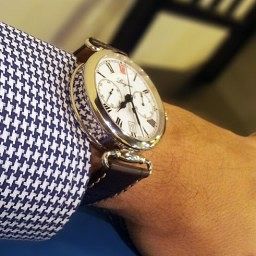 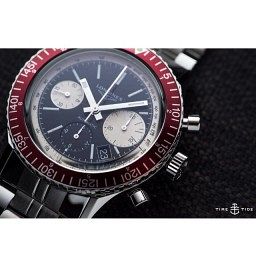 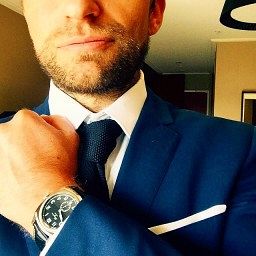 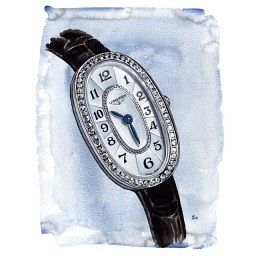 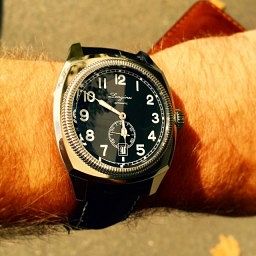 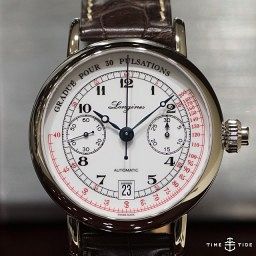 VIDEO: We take a look at 5 of the best Longines watches from 2020

IN-DEPTH: The Longines Spirit Chronograph 42mm is the best Longines all-rounder in years

Collectively, a decent amount of people were shocked when Longines decided to revive the Spirit appellation earlier this year … and shocked in a good way. You see, as far as novelty unveilings go, the Saint-Imier watchmaker had already outdone themselves in 2020 (think Heritage Classic Chronograph 1946 or HydroConquest 41mm in Khaki Green), they could’ve just put their feet up, cracked themselves a crisp Swiss lager and called it a day. But they didn’t. Instead, Longines set its sights on the sky, creating a collection of timepieces that aimed to honour the mavericks of early 20th century aviation. After all, although most won’t know it, airborne rebels like Amelia Earhart, Elinor Smith, Howard Hughes and Paul-Émile Victor all relied on Longines timekeeping devices when embarking upon their respective pioneering endeavours. Now, that may well have been what the watchmaker set out to accomplish with the Spirit. Oddly, though, most of the new collection doesn’t feel particularly like a pilot’s watch. Sure, it possesses some stylistic traits characteristic of an aviation-themed timepiece, but to label it as such is almost too limiting. In essence, what Longines has actually done with its revived moniker is create one of the most compelling… Read More

The Longines Spirit release is a totally new collection this year, something that is already very exciting in and of itself, but also because it’s an entirely new chapter for the brand. Longines, just like many of the finest watchmakers in the world, slowly improve their watches over time and rarely release entirely new collections, making the launch of the Spirit collection something that deserves attention just for its rarity. But beyond this new step from the brand, the Spirit collection is a totally different offering from Longines for a number of reasons. I spoke with Matthieu Baumgartner, the VP of Marketing at Longines, about how this new collection is a first for Longines in a few ways, and where it fits into the brand moving forward, and I came away with six key points you need to know. 1. This is the first Longines collection that blurs the line between old and new “One of the key challenges behind this collection was blending heritage and contemporary. We wanted to have it distinct from the heritage segment statement of Longines, which is made of re-interpretations of milestones from the archives and the Museum of Longines. Spirit was a different project,… Read More

When we first caught wind that Longines was going to be releasing a totally new collection in 2020, we were very excited. They are a brand with a number of strongly performing collections that could easily see them sitting on their haunches, simply tweaking the recipe of their success with different dial variations, but they didn’t. Longines took the far bolder path and, with the launch of their latest Spirit collection, offer fans of the brand a blend of rich aviation heritage and contemporary watchmaking expertise. In this regard, the Longines Spirit collection is a first, drawing inspiration from a breadth of sources that are equally grounded in their past and present success. The Longines Spirit collection is already well-rounded, offering a range of dial, strap and size options. In total, there are 18 different references within the collection, which are focused on three cores. There are two time-and-date references in both 40mm and 42mm, and there is also a 42mm chronograph for those who prefer complication. All of these watches are available with a black, silver or blue dial, and are also available on either a bracelet or leather strap, completing the range of choices.  Longines Spirit collection price and… Read More