The turn of the century gave us Y2K hysteria, the first use of the Euro as currency and the Spring Drive movement. That’s right, in 1999 we saw one of the most remarkable innovations in watchmaking of the last half-century, with the release of the first-ever Spring Drive powered watch, the Seiko SBWA001. This is the story of a reader by the name of Zach’s pursuit of one of these fairly rare watches that marked a new beginning for the Japanese manufacturer. 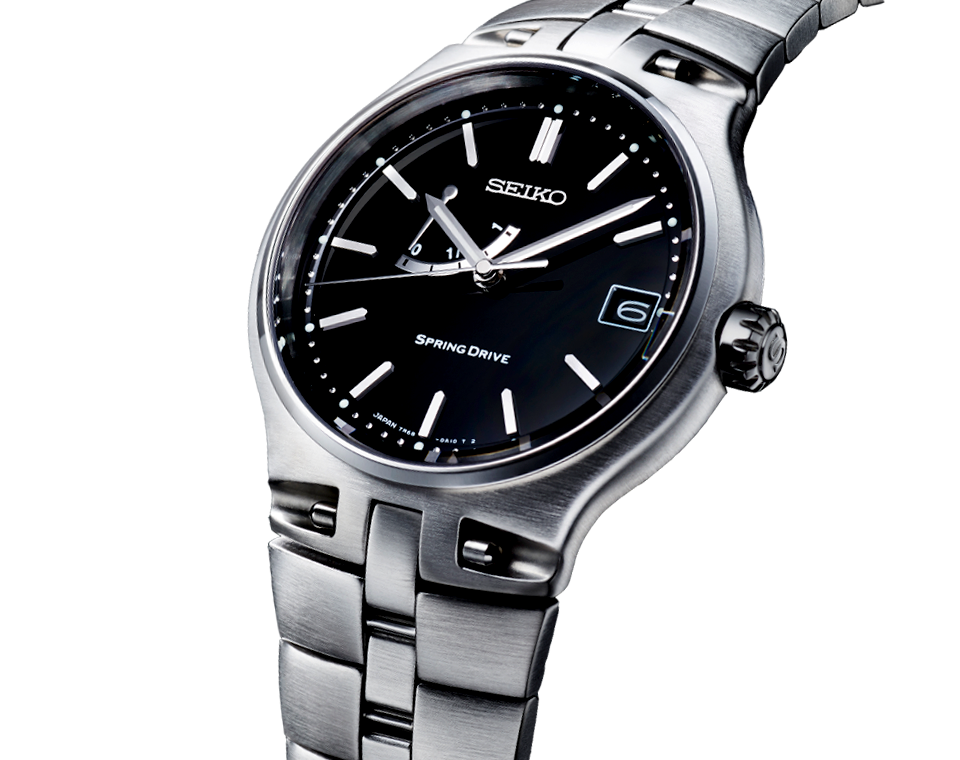 The Seiko SBWA001 released in 1999 and limited to 500 pieces, the first ever Spring Drive watch

In June last year I was fortunate enough to attend the spectacular HSNY (Horological Society of New York) lectures in honour of the 20th anniversary of the proprietary Spring Drive movement. As an owner of an SBGA211 “Snowflake” and big fan of the Grand Seiko brand, I was excited at the prospect of really digging into the history of the engine of one of my favourite timepieces. For a complete overview of Spring Drive if you are not familiar already, it is best to hear from the experts themselves and I feel obligated to direct you to the lecture itself by Joseph Kirk, Brand Curator and National Trainer for Grand Seiko Corporation of America.

I caution any sceptics or traditionalists to not dismiss it as “not a true mechanical watch”, as the amount of electricity used in the watch is supposedly so little it would take everyone in the United States wearing one to generate enough electrical energy to power a lightbulb!

I caution any sceptics or traditionalists to not dismiss it as “not a true mechanical watch”, as the amount of electricity used in the watch is supposedly so little it would take everyone in the United States wearing one to generate enough electrical energy to power a lightbulb! It was tidbits like the above, as well as other fascinating insights on the design language of the movements (i.e. bridge shape and jewel placement) and what the designers and team at Grand Seiko wanted it to convey, which made me appreciate Grand Seiko and Spring Drive more than I already had. I cannot understate how much thought is put into a Grand Seiko watch. 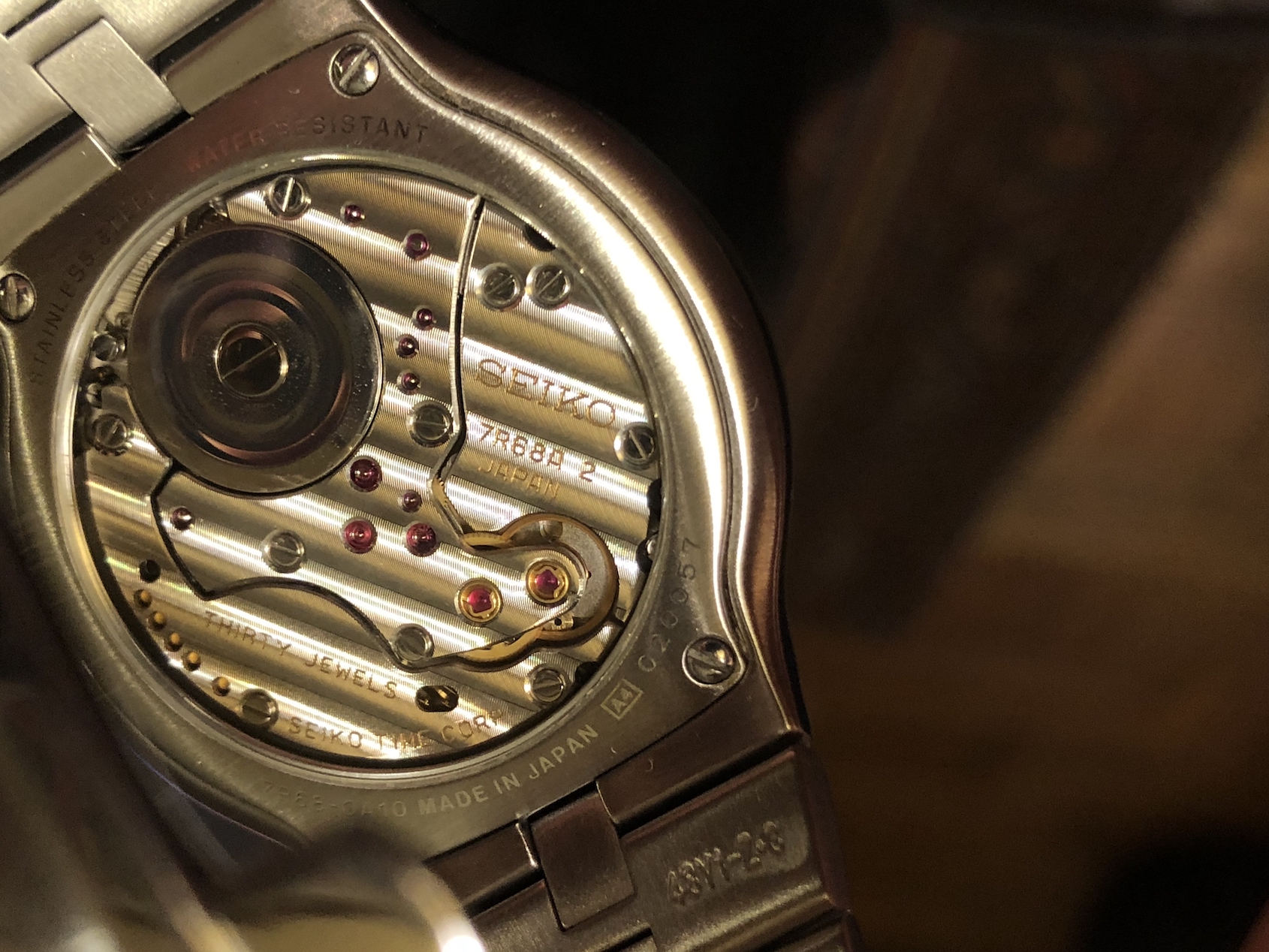 When the lecture ended, there was a showing of some spectacular Credor and Grand Seiko pieces, such as the recently released four seasons collection. But the watch that captivated me the most was not a watch for sale but rather the limited edition Seiko that rested on Mr Kirk’s wrist. One of 500 in stainless steel and with an integrated bracelet (with no Gérald Genta theft!). It was the perfect piece to wear for the occasion as it was the first Spring Drive watch released by Seiko in 1999: The SBWA001. Three references, one Seiko and two Credors, were released, a total of 1500 watches and in various case metals. While the Credor models are very nice, they are more traditional in case shape. That is why of the three, the Seiko stood out to me the most.

The moment Mr Kirk was nice enough to hand the watch to me to look at, I knew I had to find one. The case diameter is medium-sized, which is perfect for my smaller wrist. And the horological marvel that powered this uniquely cased watch was visible (with no rotor to obstruct the view) behind a sapphire caseback. Fortunately a photographer at the HSNY was present the literal moment I fell in love and I knew it was game on: I needed to find one for myself. 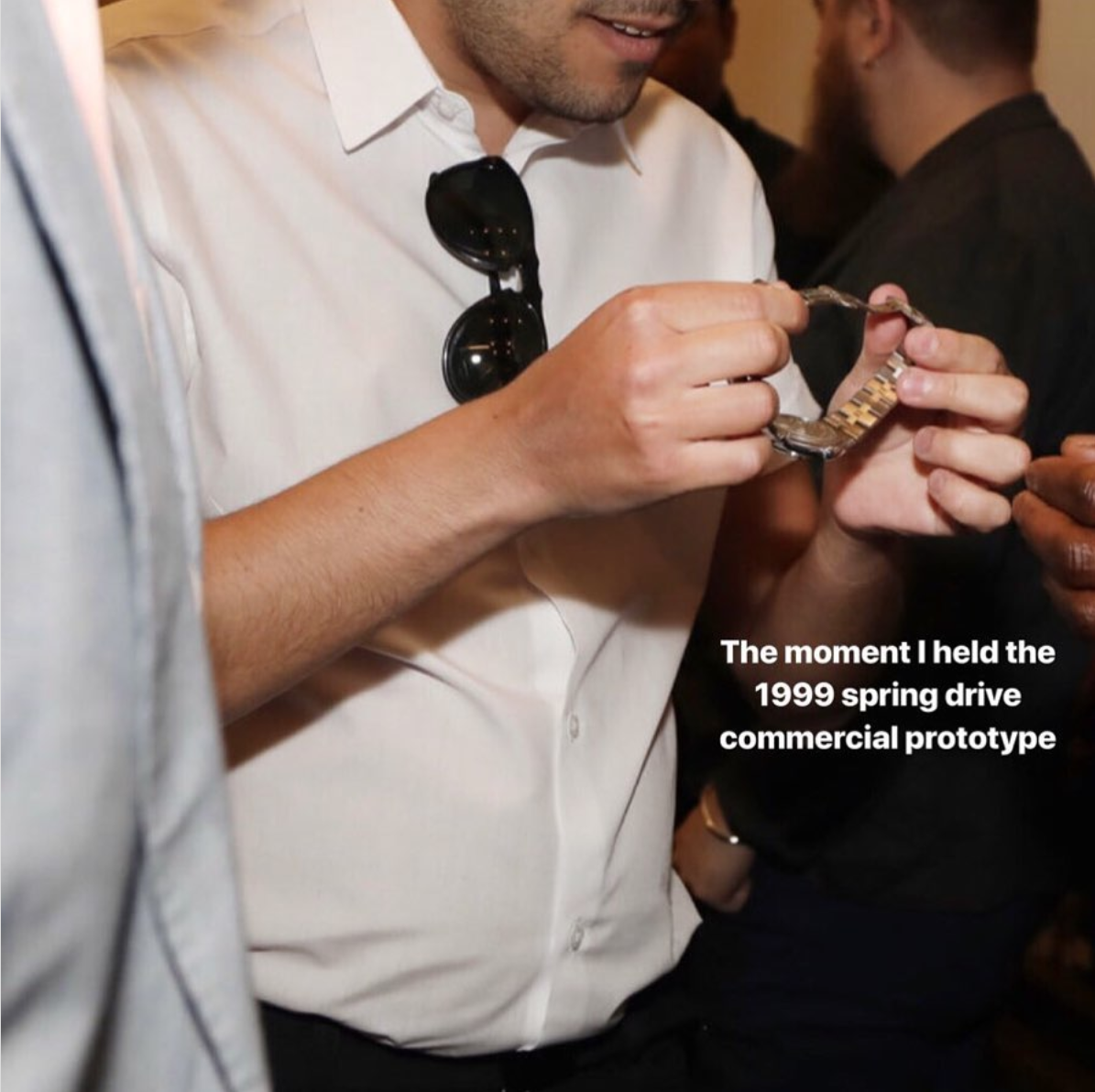 The following day I set my eBay and Google alerts for “SBWA001” and for months was disappointed to see zero listings for the reference. Four months later, my prayers were answered and an example appeared on eBay in great condition, with box, original paperwork/warranty card and, most importantly, from a seller that was established and had overwhelmingly positive reviews. I placed a max bid of the most I was willing to spend and had the good fortune of being the winner of the watch three days later. The lecture was on June 3 and I received the watch on October 2, sized for my wrist on the 3rd!

A few weeks in, I am just as enamoured as I was the day I first saw the watch. It is also one of the most comfortable watches I own, as the integrated bracelet‘s fixed end links perfectly wrap around my smaller wrist. The watch is thin — less than 12mm — and with a case diameter of around 36mm it really feels as if it was moulded for my wrist. The best part? Twenty years later, the watch still runs better than the expected +\- 1 second, having only gained two seconds since I had the watch sized! 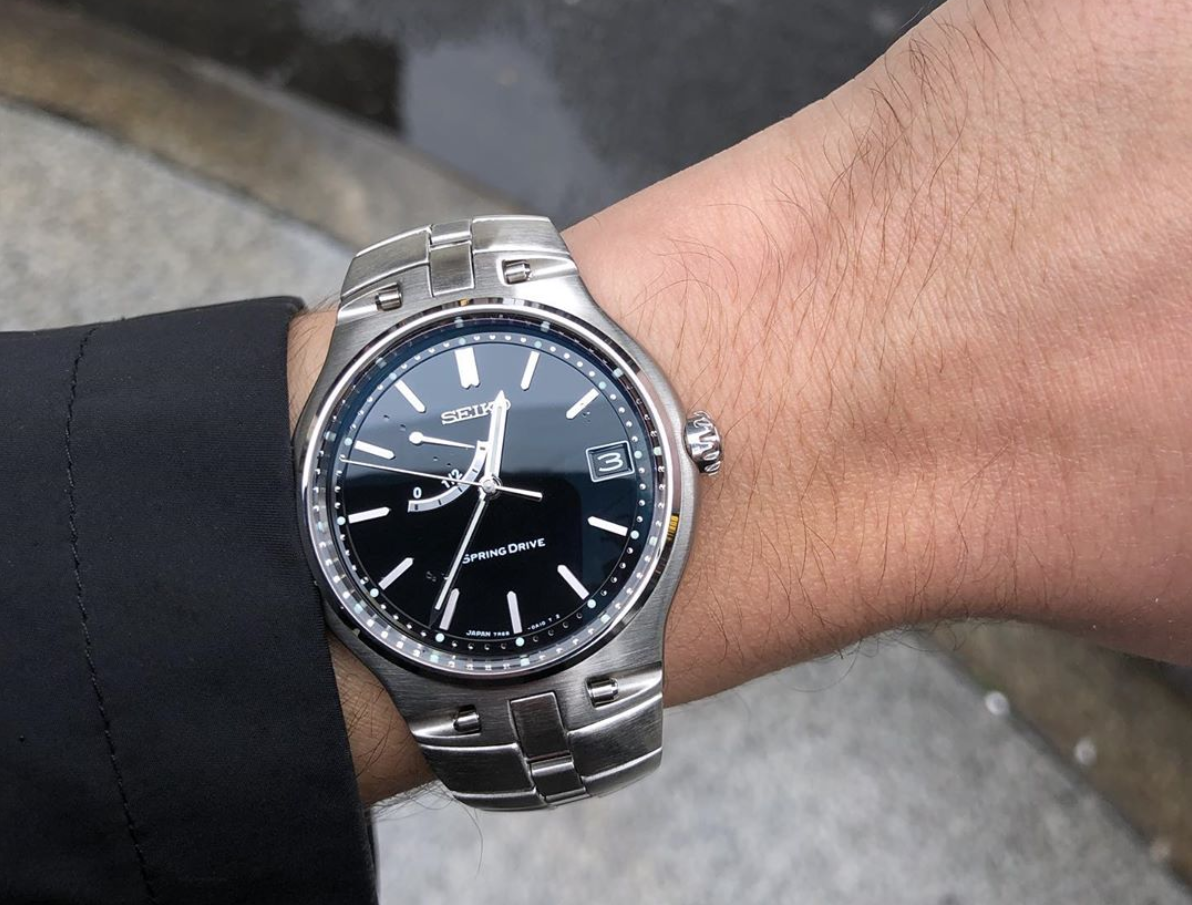 This may not be the typical definition of a grail watch as it does not command the monetary value as the typical grail pieces from powerhouses such as Patek Philippe, Audemars Piguet, and A. Lange & Söhne. But what this experience made clear to me is that a grail watch can come in all forms and price segments. There are fewer than 100 posts on Instagram with the #SBWA001, while #5711 (the Patek Philippe Nautilus) has 58,000. While it may not be a flex grail, those of us “in the know” will always appreciate its horological value within the community. In the case of the SBWA001, it’s the subtle badge of a horological first: the birth of commercial Spring Drive releases.