Editor’s note: This story first ran a few years back, but, like the most virulent strains of disease, these watches are still circulating through the community, and – with what is estimated to be 30 to 40 million new fakes hitting the market every year – we receive a fairly steady stream of emails and DMs on the subject of how to identify any conspicuous tells of counterfeit models. Perhaps flatteringly for Tudor, the Black Bay is very popular with counterfeiters. We send this link out as a matter of course, but with a spate of queries lately, we thought it might be time post the original story again. Be alert, but not alarmed out there friends.

Counterfeits have been around for a long time, but in this age of rapid global production, increasingly convincing fakes, convenient online sales, and a booming market in high-end watches, the problem has never been bigger. It’s no longer as simple as a TAG from Bali with a tell-tale tick – the game has changed. Forgers will try their hand at everything – from niche brands like SevenFriday – who’ve added an NFC chip in their latest model to combat the problem – to rare vintage watches, made harder to discern because they frequently use mostly genuine parts. The Swiss Customs Service estimates that about 30 to 40 million bogus watches hit the market each year. All this means that the consumer has to be more savvy than ever, especially when buying anything online or pre-loved.

This point was hammered home recently when our follower @nicktots told us how he managed to intervene in a swindle before his mate parted with $800 for a fake Tudor Black Bay. After his suspicions were aroused, he compared the wannabe to his legit one and, while Nick is no expert, he quickly spotted a whole bunch of obvious flaws.

So, in the spirit of a community service announcement we’ve ventured into the murkier corners of the internet and found a site with a comparison between a genuine and a fake Black Bay. Needless to say, we won’t be linking to it, but we’ll happily use the pictures to highlight some of the (many, many) ways in which the fake falls short. And just so we’re crystal clear from the outset, the dodgy one has the metal bracelet.

The Black Bay is famous for that rich red/burgundy bezel, but as you can see the imposter doesn’t quite match the tone of the original. More like a Pinot versus a Shiraz. In addition the ‘pip’ at 12 is incorrectly domed, the printed numerals aren’t as crisp and the bezel grip isn’t anywhere near as defined as the real deal.

Again, the dial print overall isn’t as sharp, and the size and spacing of the text at six is off. On top of that, the proportions of the snowflake hand are slightly off, there’s a hole in the centre of the seconds hand, the applied indices are sloppier and the dial is a much lighter black.

One of the easiest ways to tell if a watch is phony is to check the quality of the luminous material. In this example you can clearly see that the fake uses a lower quality paint which is unevenly distributed and has a vastly different colour tone – more green – than the original.

Small details like the crown are hard for forgers to get right, and this Black Bay is no different. The Tudor rose logo has the wrong proportions and lacks the precision of the original. Aside from this, the proportions of the crown are off and the red crown tube is thinner and smaller on the fake.

The key giveaway on the case is the quality of the bevelled edges – which are a little wider and clunkier on the knock-off.

Compared with the almost flush lines of the original and the quality of the engraving, the fake caseback really stands out.

Price is the clearest indicator of whether or not a watch is legit or not. If the price is too good to be true, it probably is. The current RRP of a Black Bay is $3700 on leather and $4050 on steel. Do the math.

While there are clearly many ways that the fake watch above doesn’t stack up to the genuine article, there are a lot of superficial similarities. And if you’re in the market for a new watch, that can be scary.

So how do you avoid getting ripped off? The most sure-fire way is to buy directly from a Tudor authorised dealer. And while we’re not saying that you shouldn’t ever buy online or second-hand, be aware that the risks are greater, and there’s an onus on you to do your due diligence. Does the watch come with the box and original paperwork? Is the seller reputable? Are they happy to answer your questions or send additional pictures? Basically, if you get bad vibes from the seller – walk away.

To see what a Tudor should look like, check out our hands-on with the Black Bay blue. 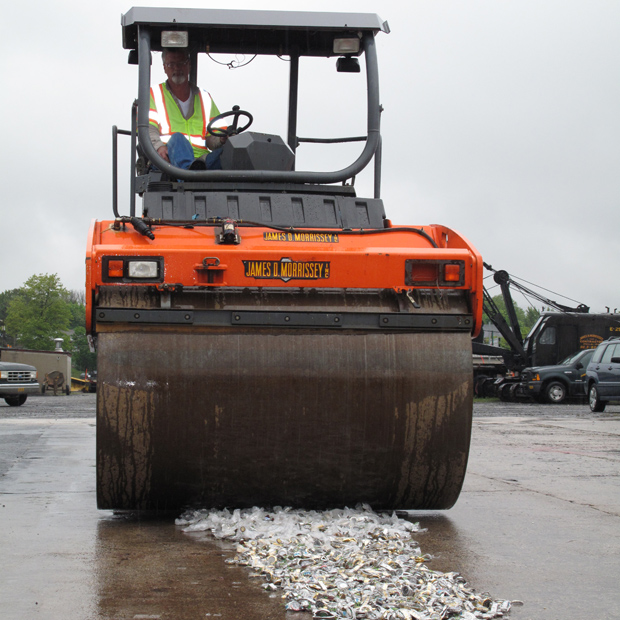 Be safe out there watch lovers.