Last year was a solid year on the road to recovery for the industry, with several big names dropping interesting pieces that either expand or embellish existing collections. Over in Germany (Glashütte, specifically), many of the greatest watchmakers beyond the Swiss borders have been particularly busy. A strong year for the Germans was rounded off by the truly stunning news that A. Lange & Söhne was to release a stainless steel sports watch. Of course, the Odysseus model would feature on any rundown of the top German tickers of 2019, but where will it land in our top 5? 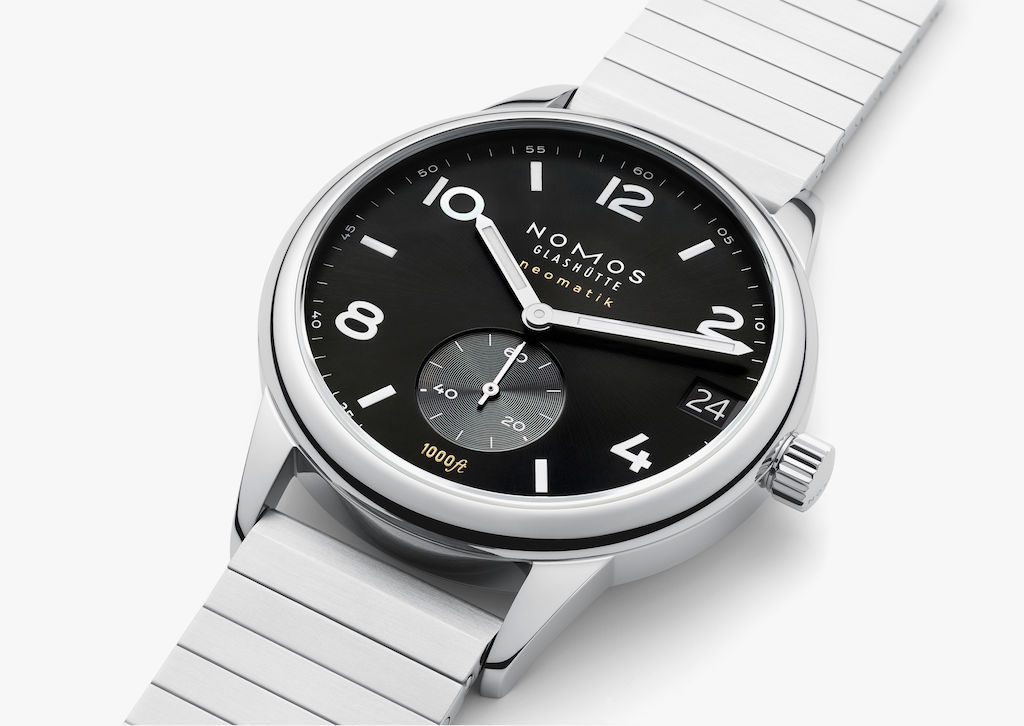 The quirky in-house manufacture, which calls the former Glashütte train station building home, made some serious strides in 2019. The debut of the DUW 6101 date movement in 2018 expanded the size and scope of NOMOS Glashütte’s future ranges, and the emergence of a long-awaited bracelet almost gave rise to a new aesthetic dimension. The Club Sport is one of the first real beneficiaries of these developments. A beautifully clean dial with a black, white and gold colourway pops refreshingly with the red crown collet installed as a visual reminder to screw the crown down when entering the water. Excellent water resistance (for a NOMOS), the cool new bracelet, and a manufacture movement that offers a lot of bang for your buck. 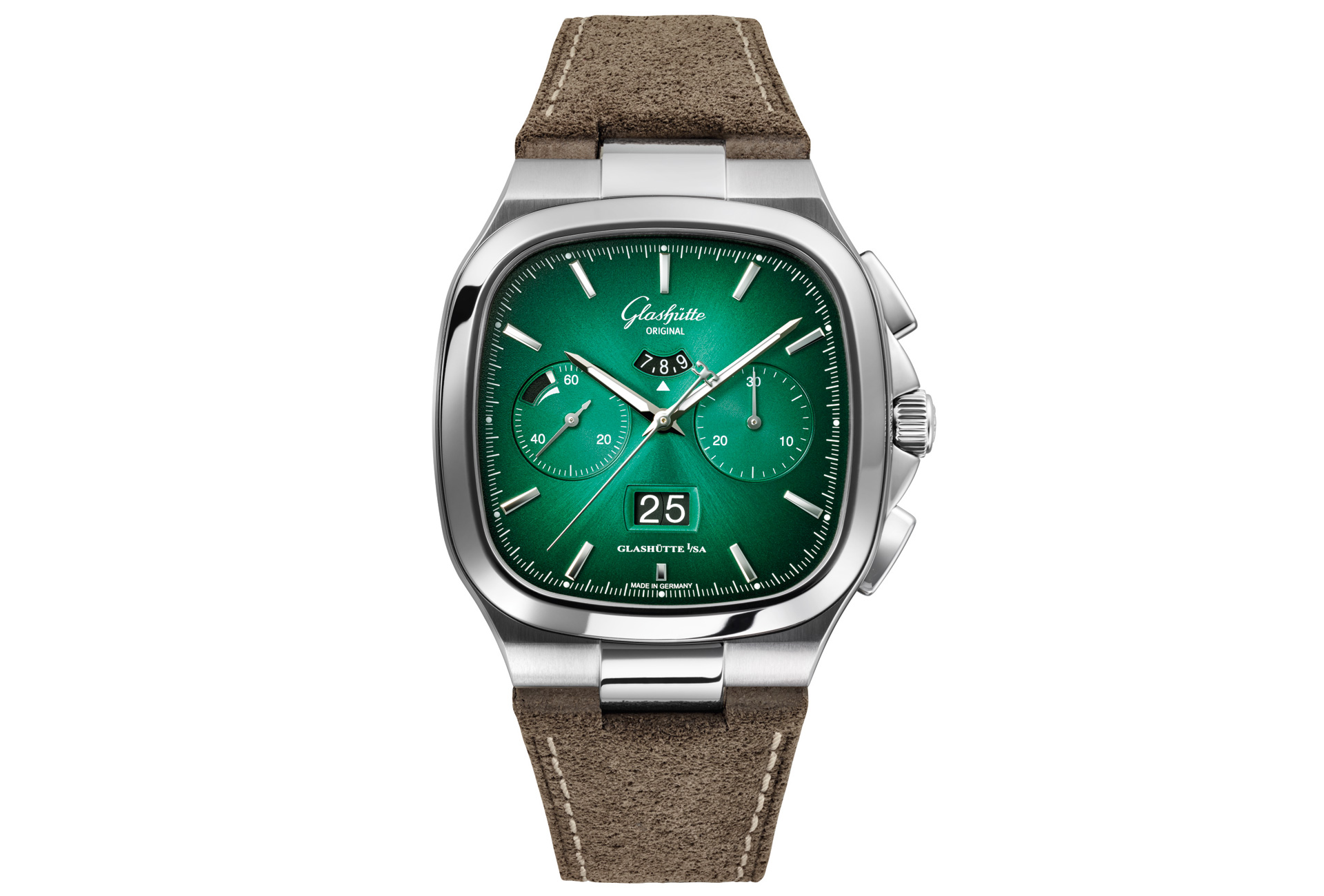 Glashütte Original’s core collection can sometimes feel a bit sterile, a bit monochromatic, a bit too middle of the road. And that’s a shame because no one can gripe at the quality of the manufacturing or movements within these plain Jane skins. But then, out of nowhere, the brand found its voice. 2018 saw the release of the Sixties collection. The colours were stunning. Suddenly, GO was the most exciting thing in Saxony. An orange dial followed in 2019 for the Sixties collection, and an amazing pair of chronographs in the Seventies line. Both the grey and the green are handsome, but it is the latter that has the richness and depth to stop passers-by in their tracks. 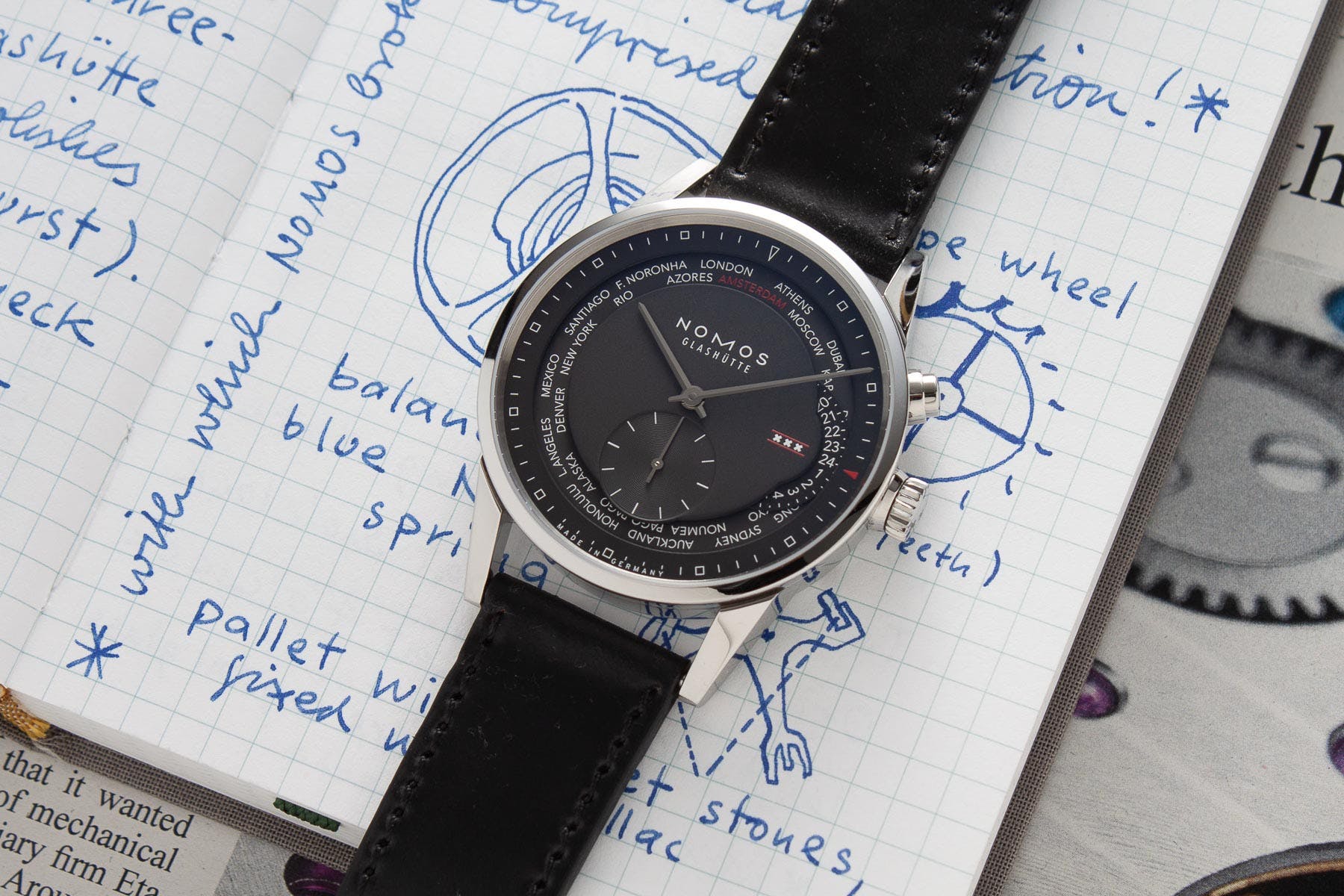 NOMOS Glashütte makes it onto the list (again) with its third collaboration with Amsterdam-based retailer Ace Jewelers. This time, it’s the turn of the Weltzeit to be thoroughly Aced! Following highly successful collaborations centred around the Orion and the Club families, this is the model Amsterdammers deserved. The city’s iconic flag (44 years old in 2019, if you were interested) replaces the home graphic normally found at three, while Berlin subs out on the city ring for the Dutch capital. This model has been on the cards for a while and it didn’t disappoint. 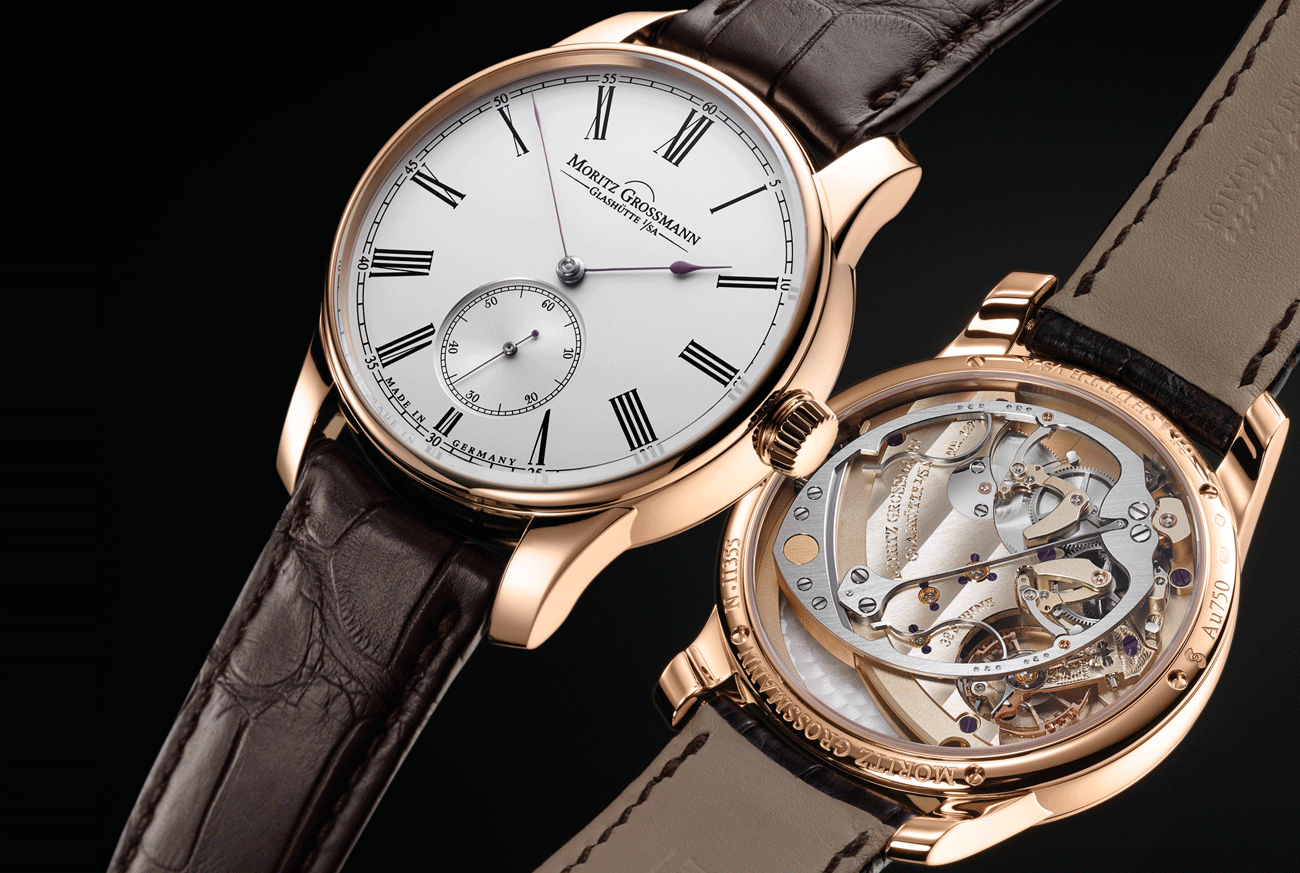 A Glashütte that has stayed under the radar, Moritz Grossmann swings with ease between the sublime and the ridiculous. In the Hamatic, however, we have an example of the former. It is part of an incredibly strong trio of early-year releases along with the Corner Stone and GMT models. This movement, using a pendulum winding weight, is truly something to behold. And the level of finishing that takes place inside MG’s futuristic factory is some of the best in the industry. 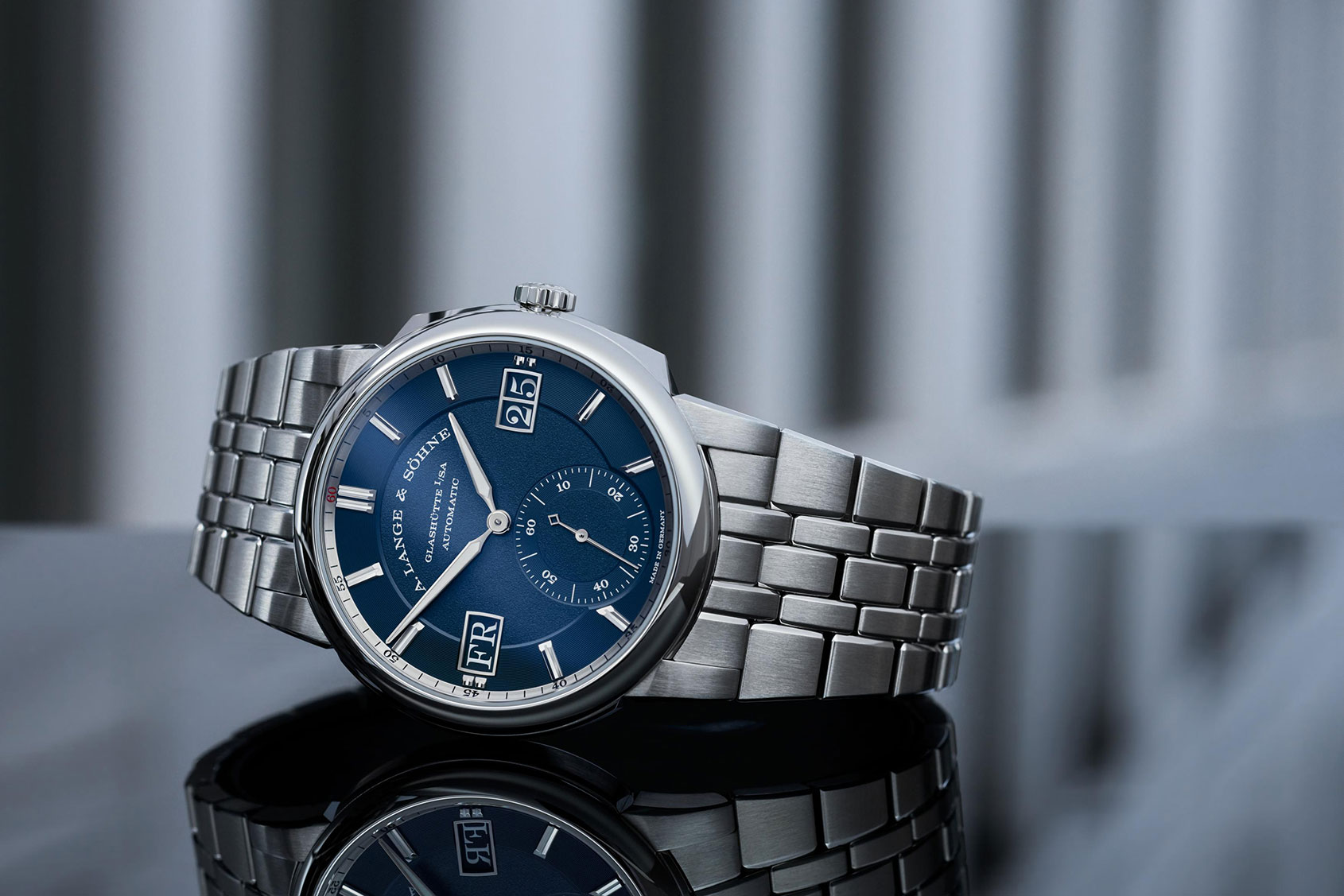 Well, Lange finally did it. After years of clamouring, steel is back on the menu. The Odysseus could not have been released to a more desirous audience. Although well-received, the Odysseus has not avoided criticism entirely. Such an important release for the brand couldn’t possibly have met with universal acclaim but, by and large, it did the job. The unusually asymmetric case shape was a gamble that paid off and the dial balance and bracelet finishing are design touches the purists will appreciate.