If history is anything to go by, we shouldn’t have been surprised at news coming out of Only Watch 2019 that Tudor’s entry into the charitable auction, the Black Bay Ceramic One, had sold for a staggering 350,000 CHF ($515,000 AUD). 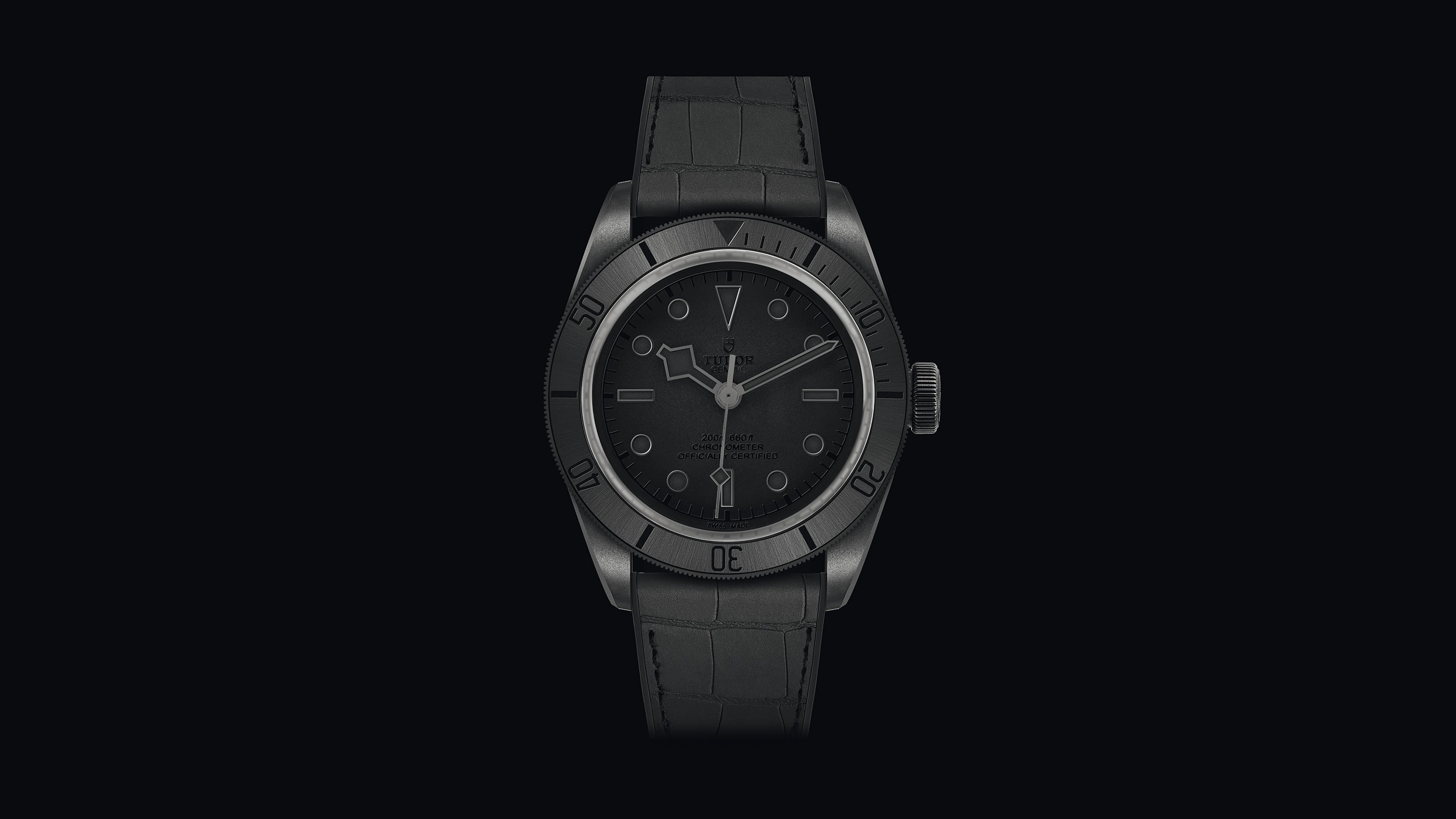 In fact, for Tudor’s third pièce unique entered into Only Watch to do anything other than command a crazily large bid would’ve been an abnormality. 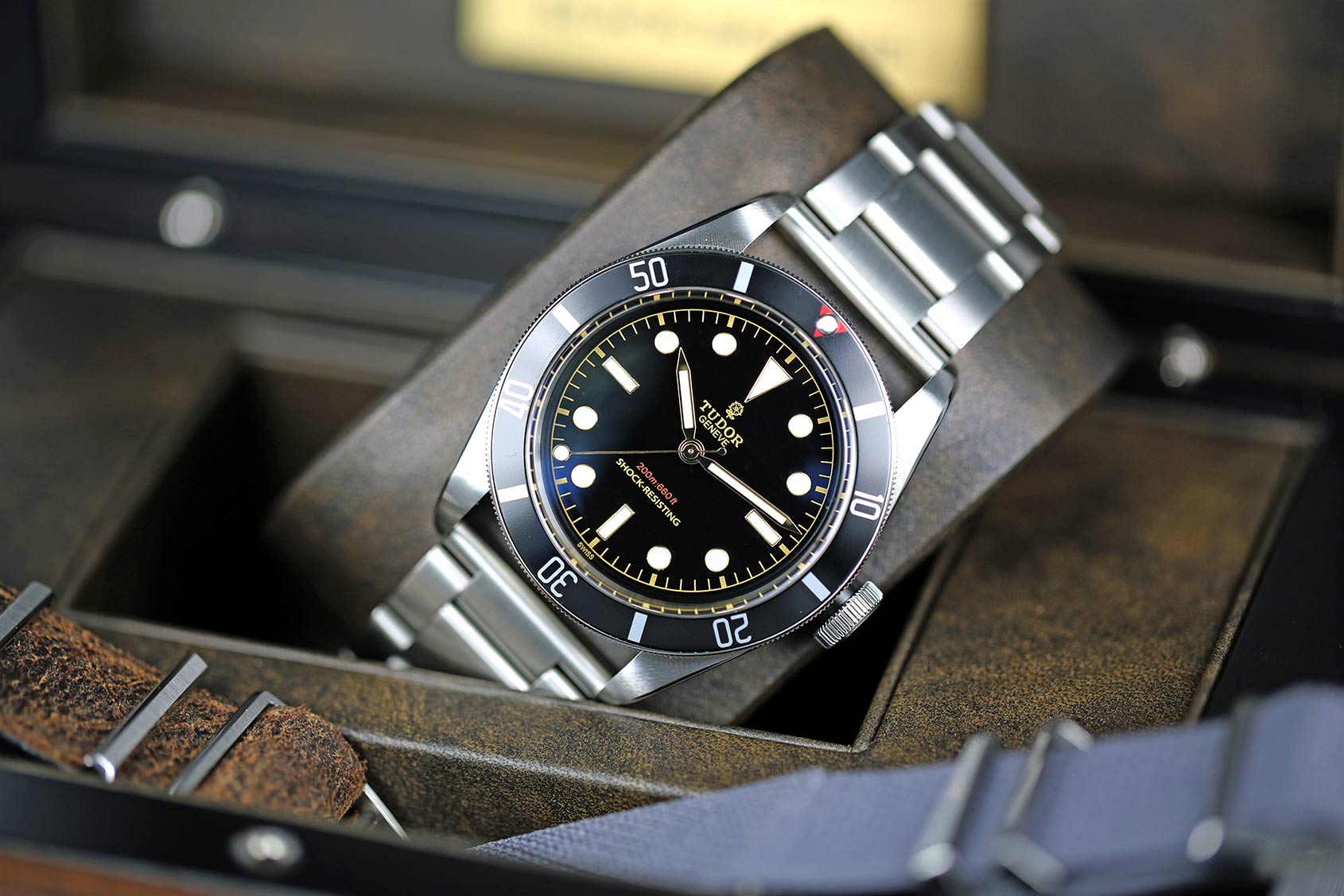 Why, you may ask? Well, the Swiss marque’s first “Only Watch”, the Tudor Black Bay One, was submitted for auction at the 2015 event, and while the estimate for the stainless steel diver was a mere few thousand Swiss francs, it ended up selling for a monolithic 375,000 CHF! 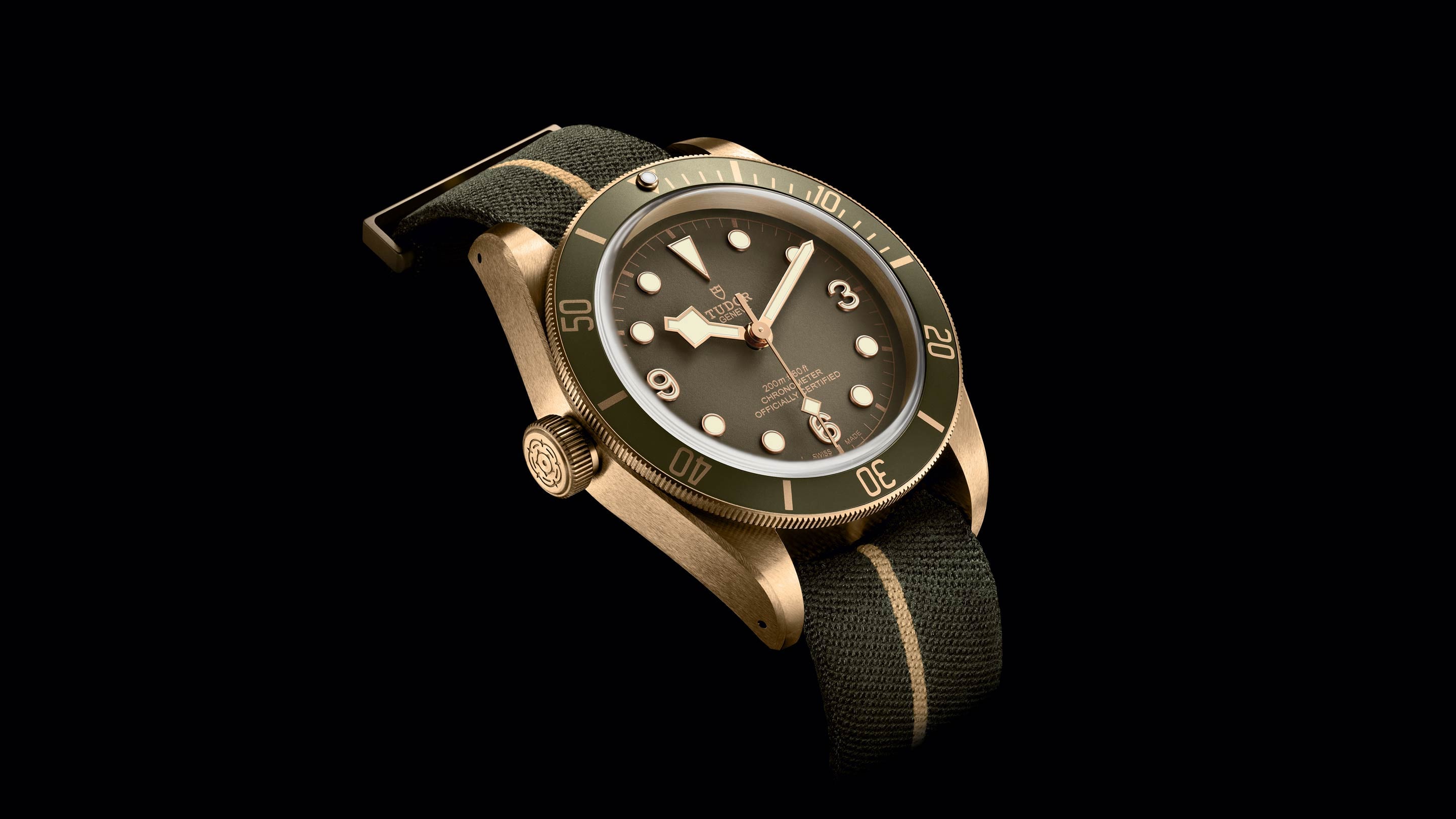 Two years later, Tudor was back at Only Watch 2017 with the Black Bay Bronze One, and, just like its inimitable steel counterpart, it too sold for a whopping chunk of change – 350,000 CHF, to be precise.

However, while the previous two Tudor Only Watches represented only slight deviations from the standard models they were based off, the Black Bay Ceramic One represents wholesale change for the Black Bay, and it’s all to do with the 41mm case. 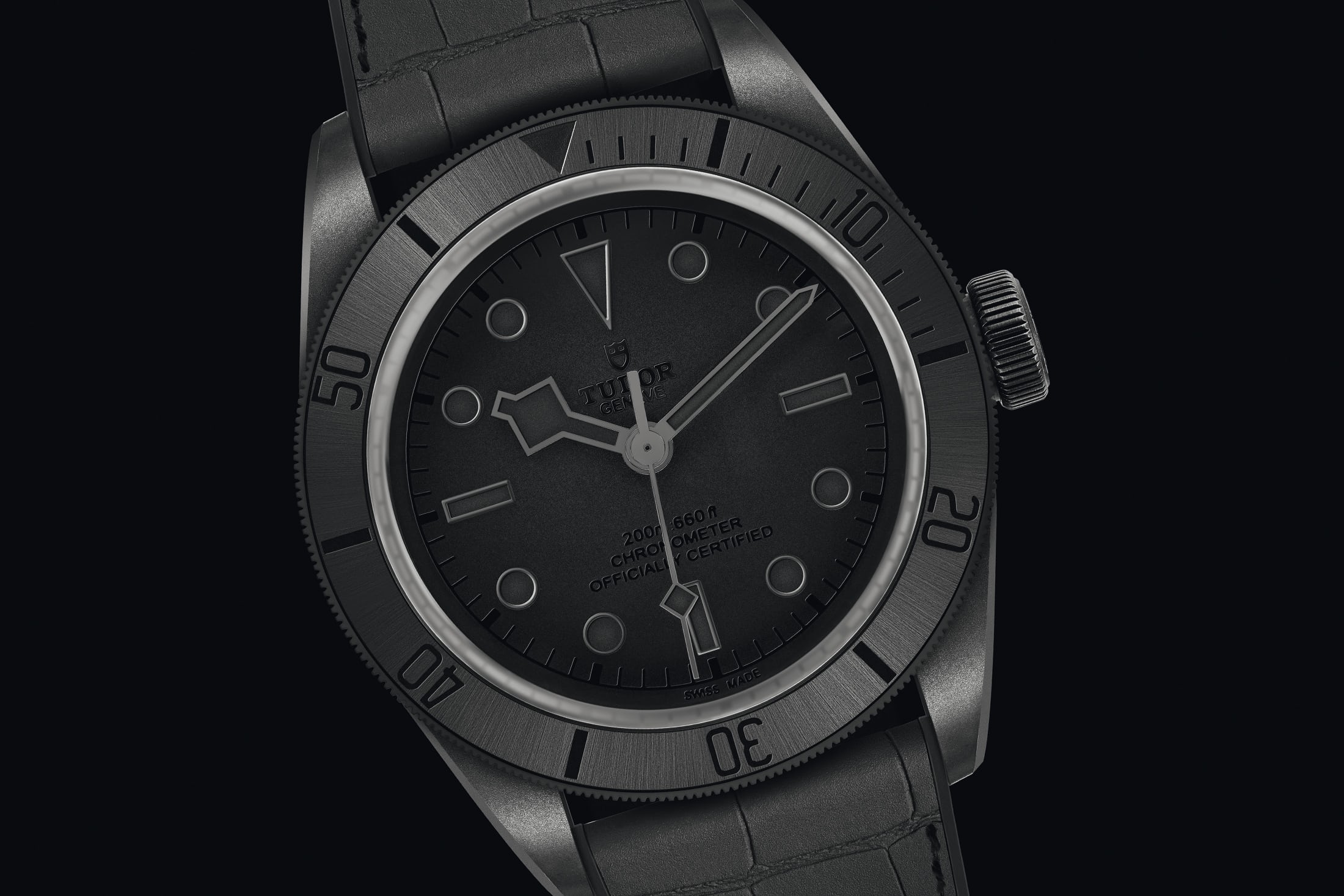 This is the first Black Bay we’ve seen hewn from a solid ceramic case, and it’s an absolute stunner thanks to its brooding matte black colour palette and a combined finishing that involves both bead-blasted and brushed elements.

The unique timepiece is complemented by a stainless steel crown that has been given a matte black PVD coating, and a titanium bezel, complete with matte ceramic insert, which has also been PVD-treated. 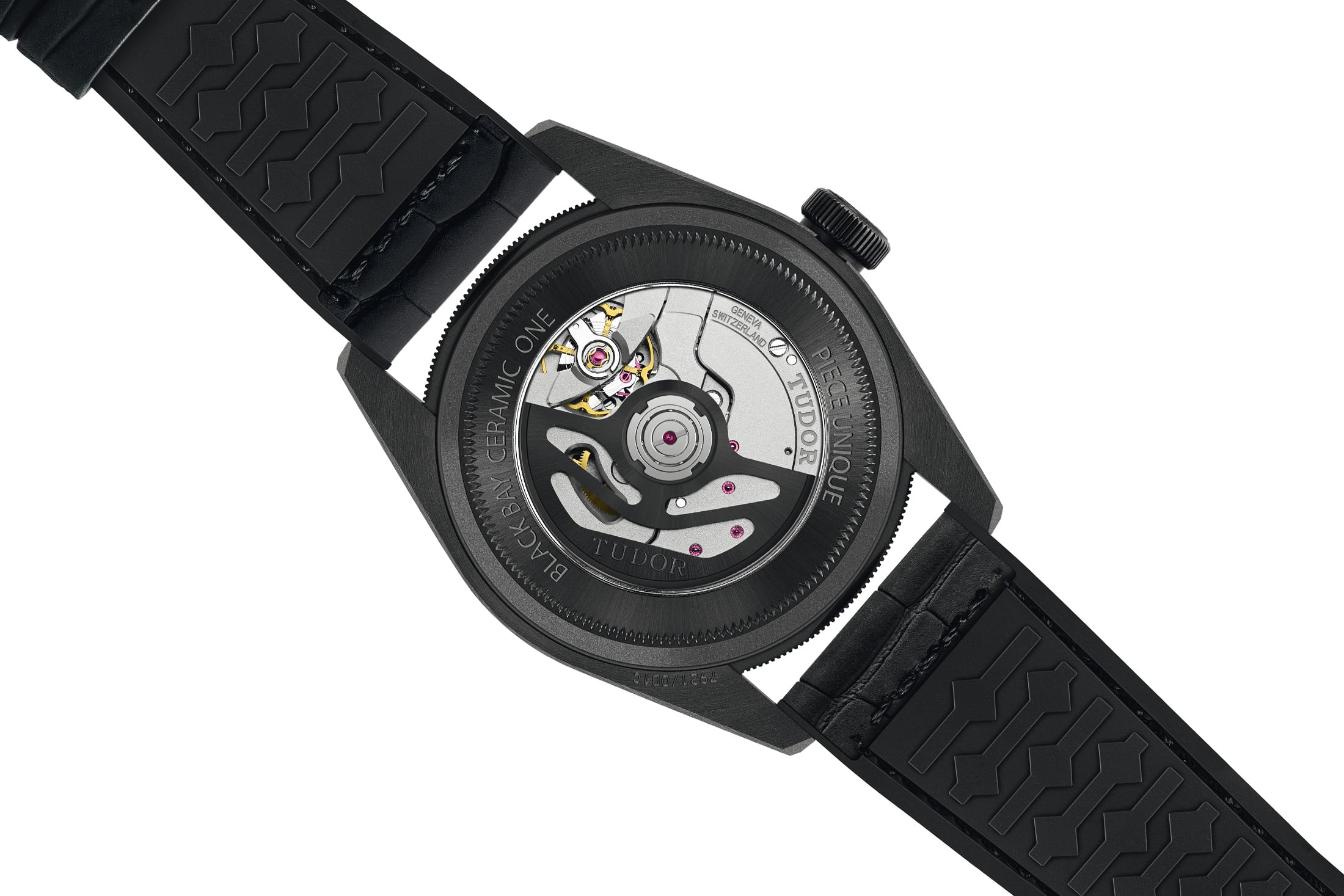 The Tudor Black Bay Ceramic One also features a sapphire crystal case back, another first for the Black Bay range, which shows off the Swiss watchmaker’s in-house Calibre MT5602 movement, which is chronometer certified, offers no less than 70 hours of power reserve and features a matte black PVD-treated oscillating weight to match the rest of the timepiece’s stealthy aesthetic.

Yet another first for the Black Bay range, the Ceramic One is paired with a hybridised band that incorporates both black alligator leather and rubber strap, complete with matte black PVD-treated folding clasp and safety catch, which is satin-finished.

So, when you take all these one-off features into account, it’s little wonder that the Tudor Black Bay Ceramic One sold for roughly 80 times more than its estimate.