If you’re feeling brave, type ‘wristies’ into the Google machine, and you’ll be rewarded with an eye-opening array of results. Who knew, for example, that they were a type of fingerless gloves? Fascinating stuff. Those are not the wristies we’re focusing on today – nor will we be broaching any other varieties, thank you very much. Instead, we’re here to talk about the humble watch wristshot. Many take them, but ever fewer succeed at pulling a like, heart or share, because, well, it’s been years now, and the game is a whole lot harder. So in an effort to make the process a touch more sciency, we’ve combed Instagram in its entirety (it certainly feels that way), to compile 15 of our favourite shots. Once harvested, these clustered themselves quite naturally into five distinct categories which we’ve broken down just for you. Look and learn, people .

Probably the best excuse for taking a wristshot is that you find yourself wearing a beautiful watch, and want to show the world. Perhaps it’s a vintage piece you’ve unearthed, or maybe you managed to snag a limited edition while the great unwashed languish on the waitlist for the next 18 months. Whatever the reason, the point here is to show the watch in crisp, HD, saliva-ready detail. Don’t distract yourself by agonising over the position the pepper mill in the background. The watch is the star, so let it shine. 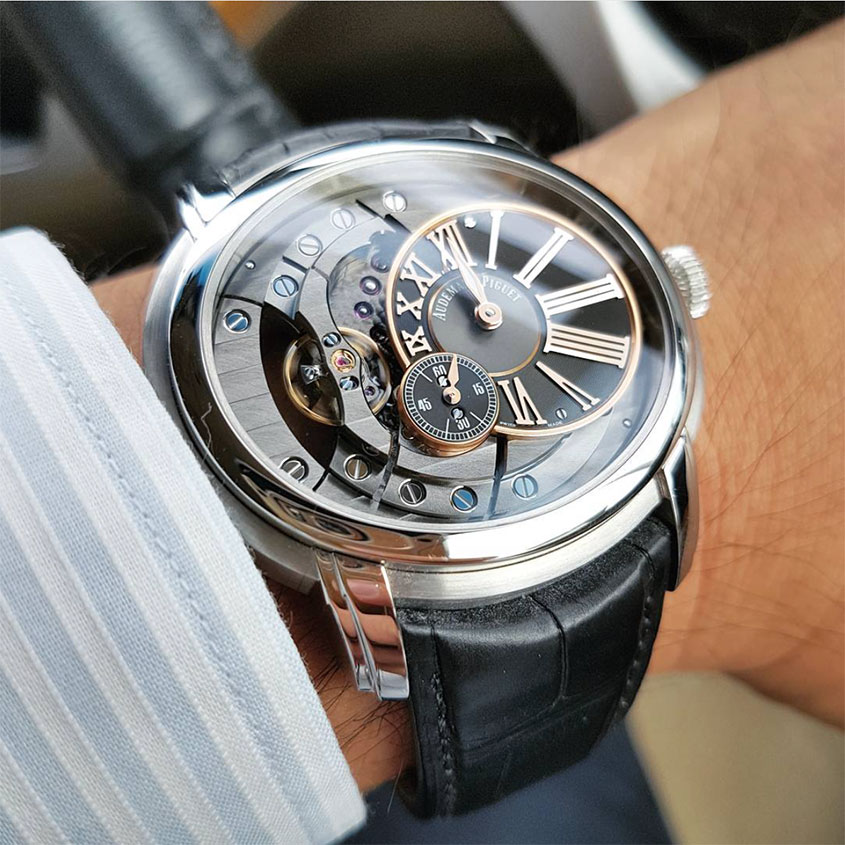 @orangedial17 and his Millenary close-up 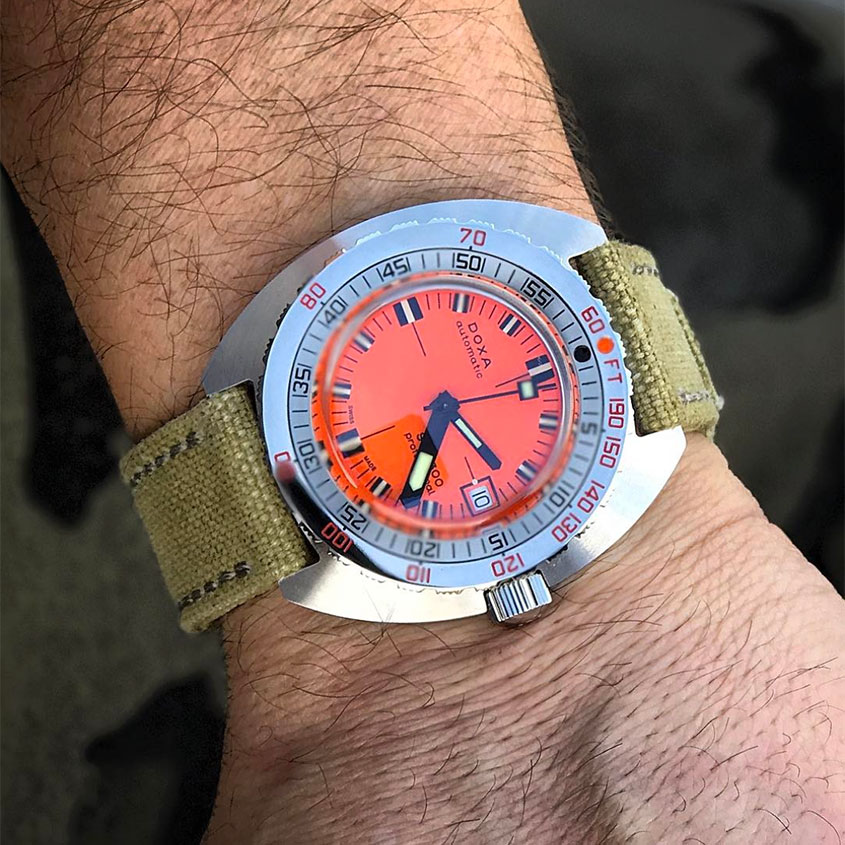 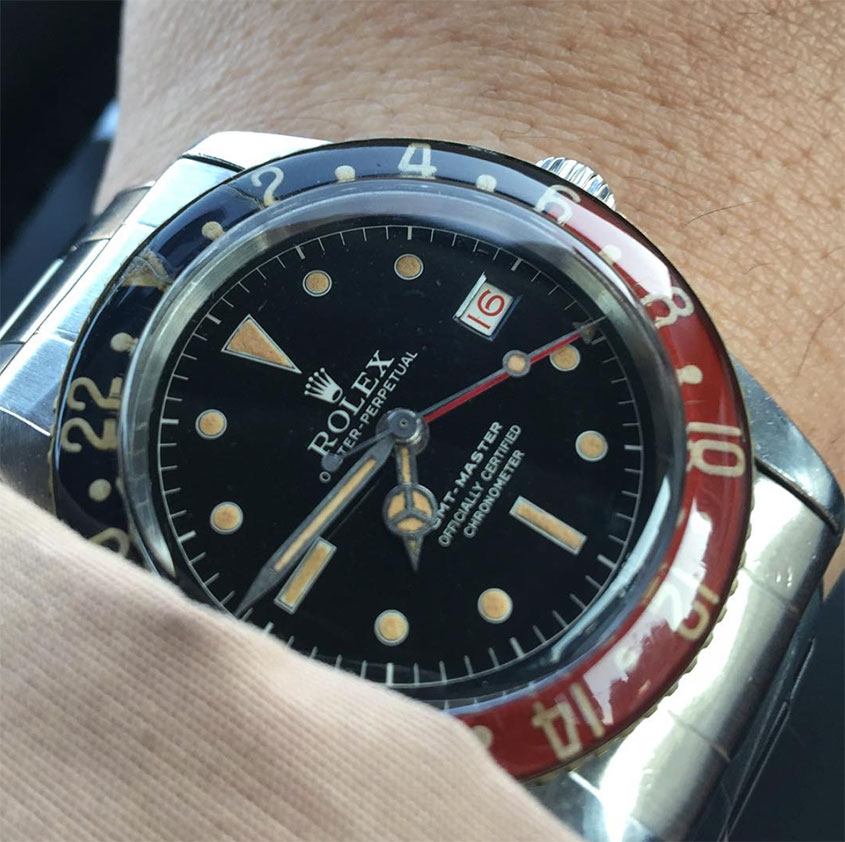 It’s a fact that watches are designed to be worn by humans, so unless you’re a naturist, that means the majority of the time you will wear a watch with clothes. It’s a context that makes sense – and, as you guide your Instagram disciples in matters of style, you thereby double the value they get from you. For this, you’ll need to try out different angles that allow for a glimpse of whatever else you’re wearing. It can help to have a photographic assistant (aka your girlfriend/mate/mum) to take these shots as it can be hard to get the distance required, given that we do not – and never will – endorse the use of a selfie stick. Understood? 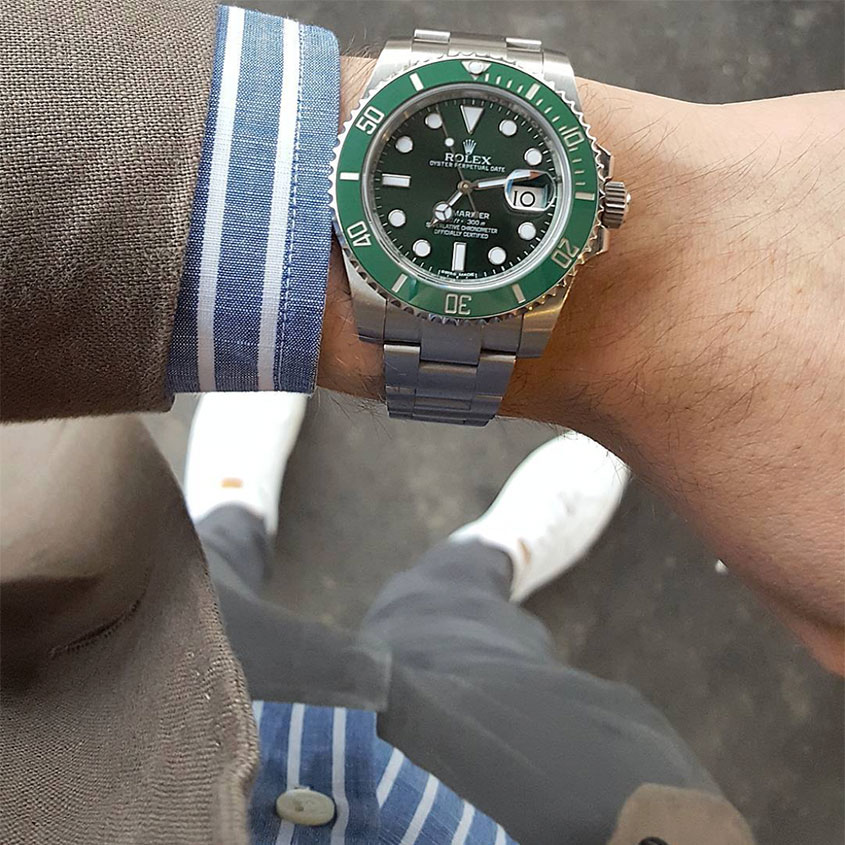 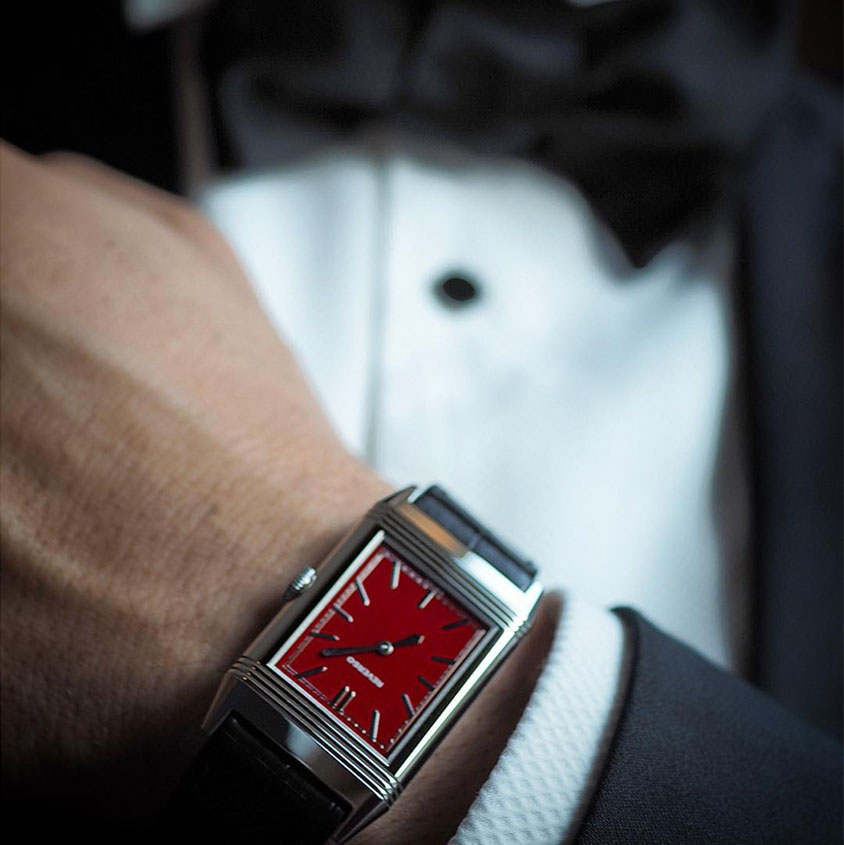 So you shouldn’t wear a red watch with black tie. Unless you’re @watchulove 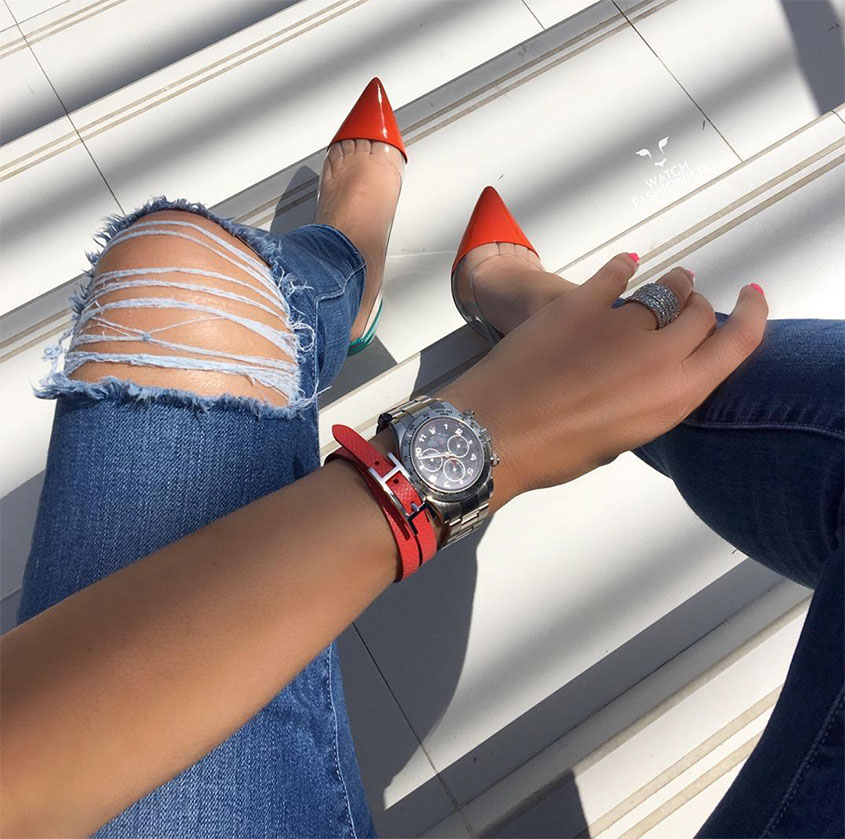 @watch_fashionista can brand-check with the best of them. Daytona FTW

If watches and farshun go hand-in-hand, it stands to reason that they also work well with ‘life in general’. We want to see how nicely your ALS goes with the pork belly and quinoa you just ordered, and how you’ve got a talent for recognising a cute colour palette when it presents itself in front of your phone. We want atmosphere. We want to be part of that good life. Otherwise, we are forced to imagine that you had to sell your home to buy the watch, and are now living alone in a caravan park, eating instant noodles from your only mug. 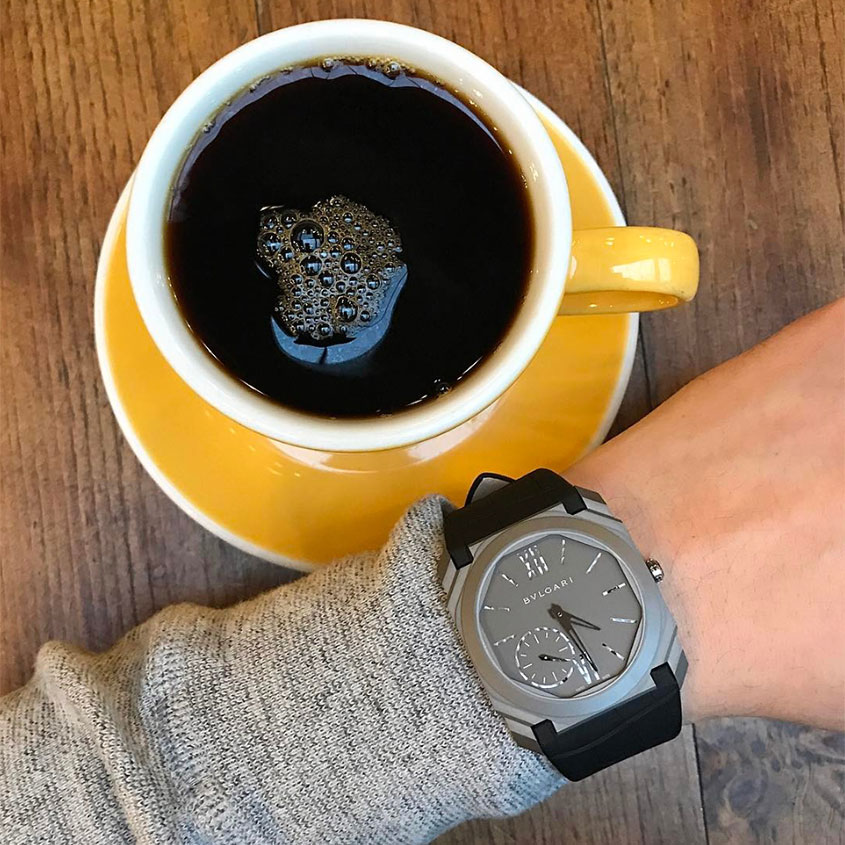 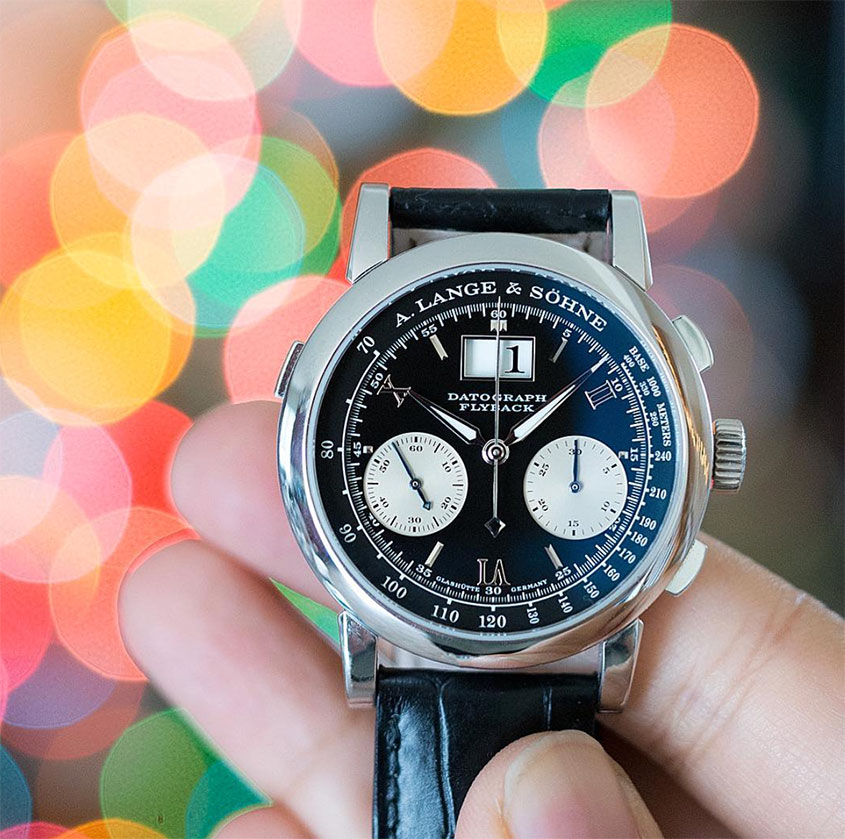 This @wristmachine shot of the Datograph is #1 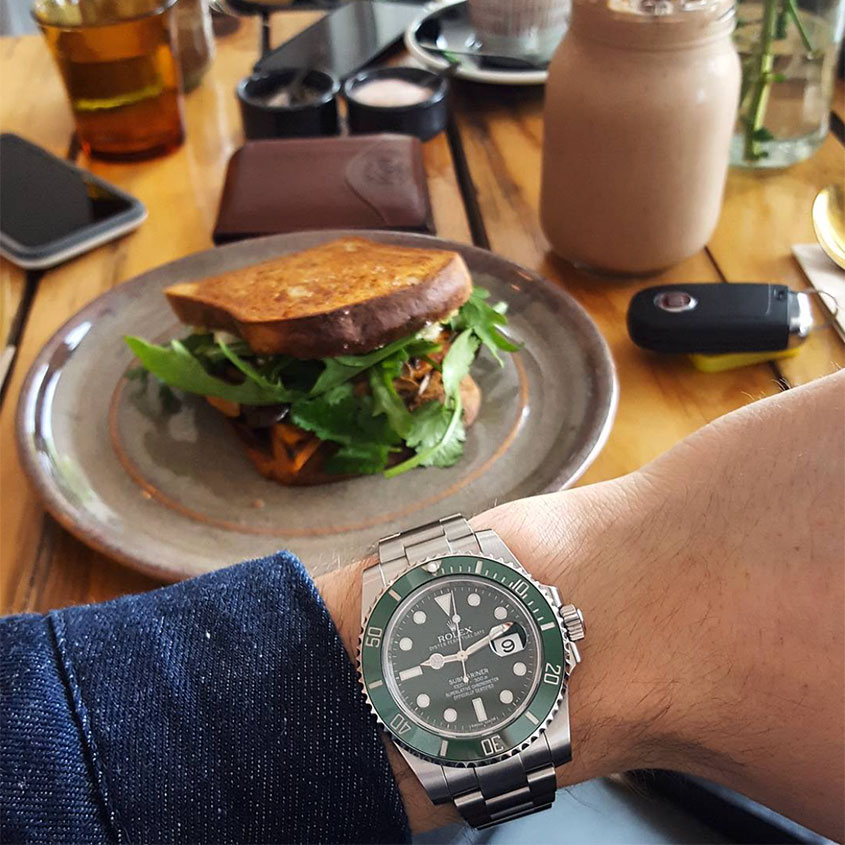 @andygreenlive doing what he does (sans coffee)

The ‘Other Interests’ Shot

OK, so, let’s be honest: there are certain parts of the watch community that can sometimes – just occasionally – stray into the long grass of nerd territory. There – we’ve said it. And we’re not judging. Promise. However, it can sometimes be nice to show through your Instagram posts that you do have other things in your life, if indeed that’s the case. Pets, cars, tattoos, bonsai, whatever.  Again, it’s context, and a nice way of demonstrating that you are human, and not purely into machines – while stopping understandably short of suggesting you can be bothered with other humans. 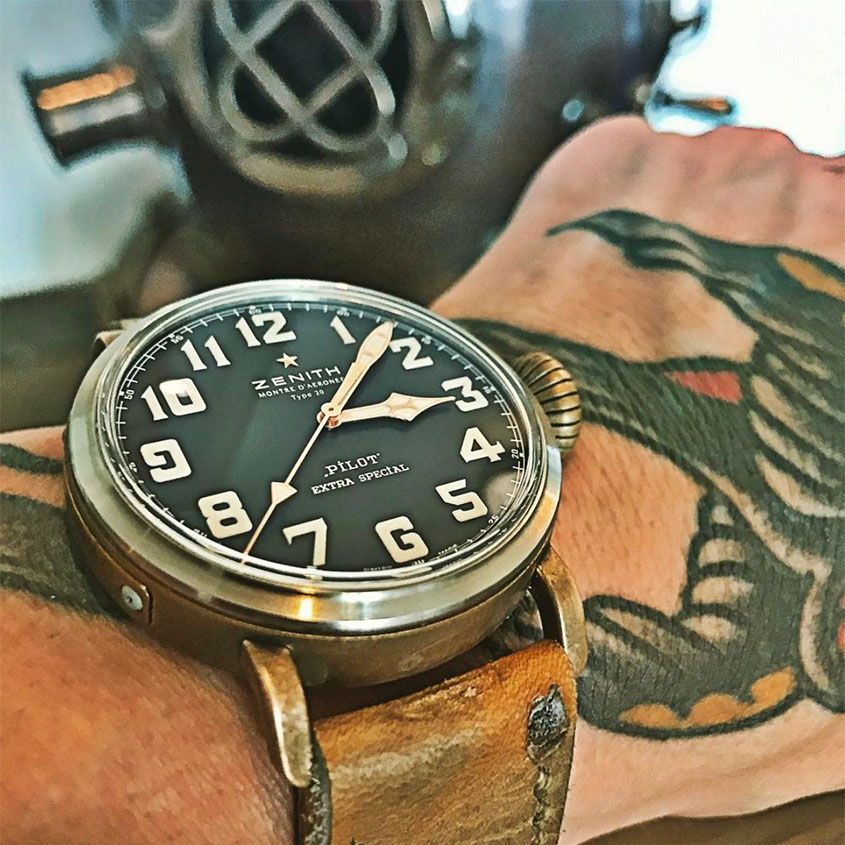 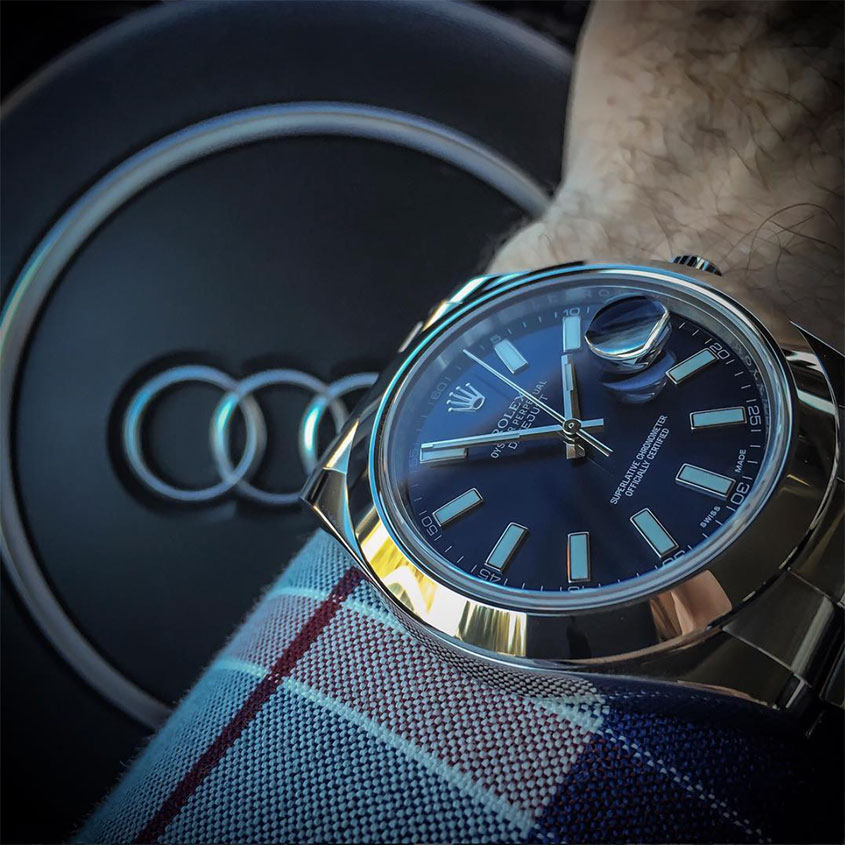 Has the Datejust ever looked cooler than in this shot by @harrythecool? 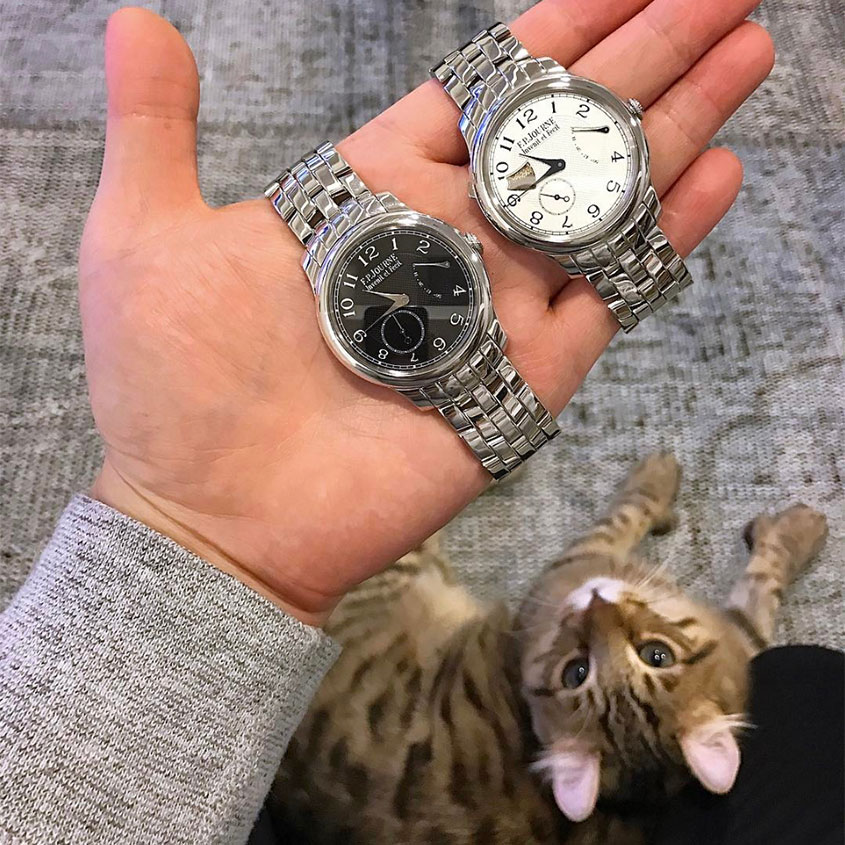 This is a bit of a love-hate one, which is why we’ve left it till last. And anyone whose feed is comprised ONLY of baller watch shots would probably not be someone we’d want to spend much time with. But is there anything wrong with a light smattering of private jets, sports cars, supermodels or stacks ‘n stacks ‘n stacks of Rolies? No, there is not. 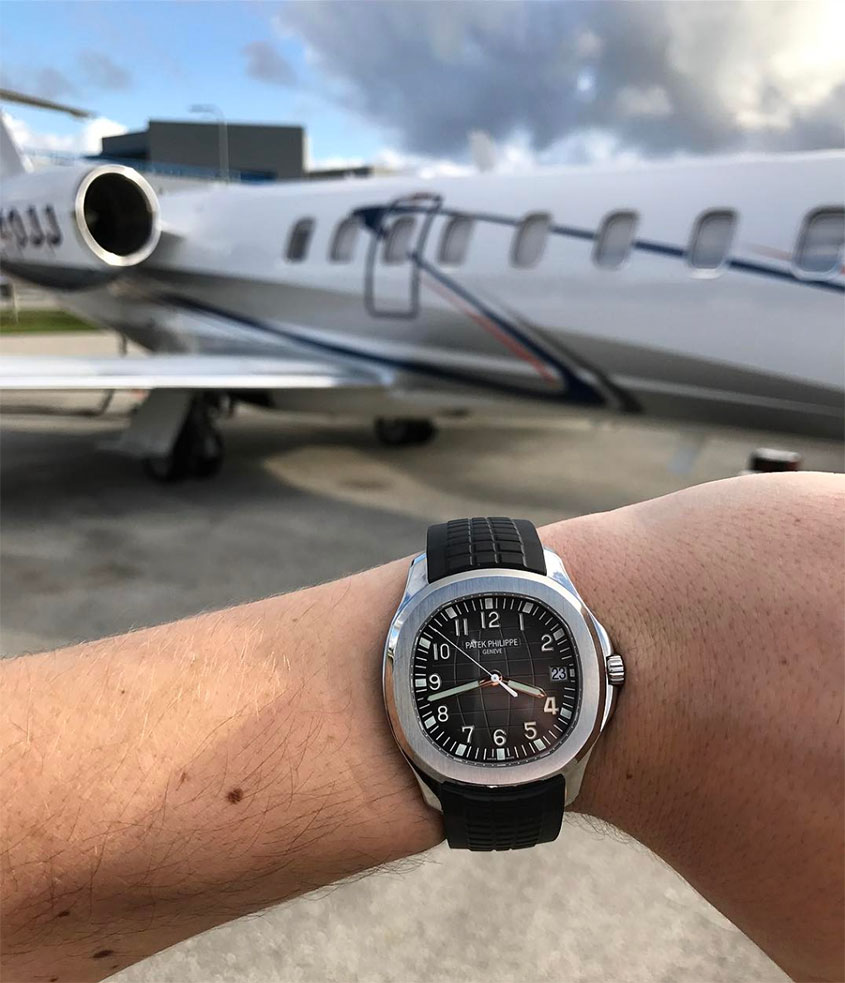 Have Aquanaut will travel – in @patekaholic style 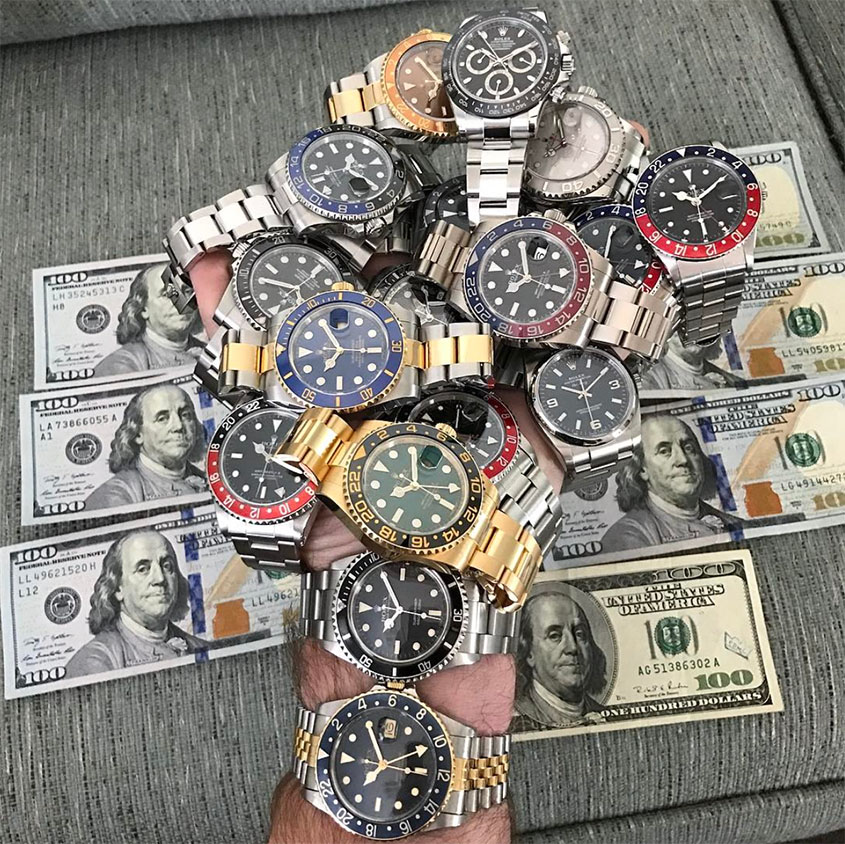 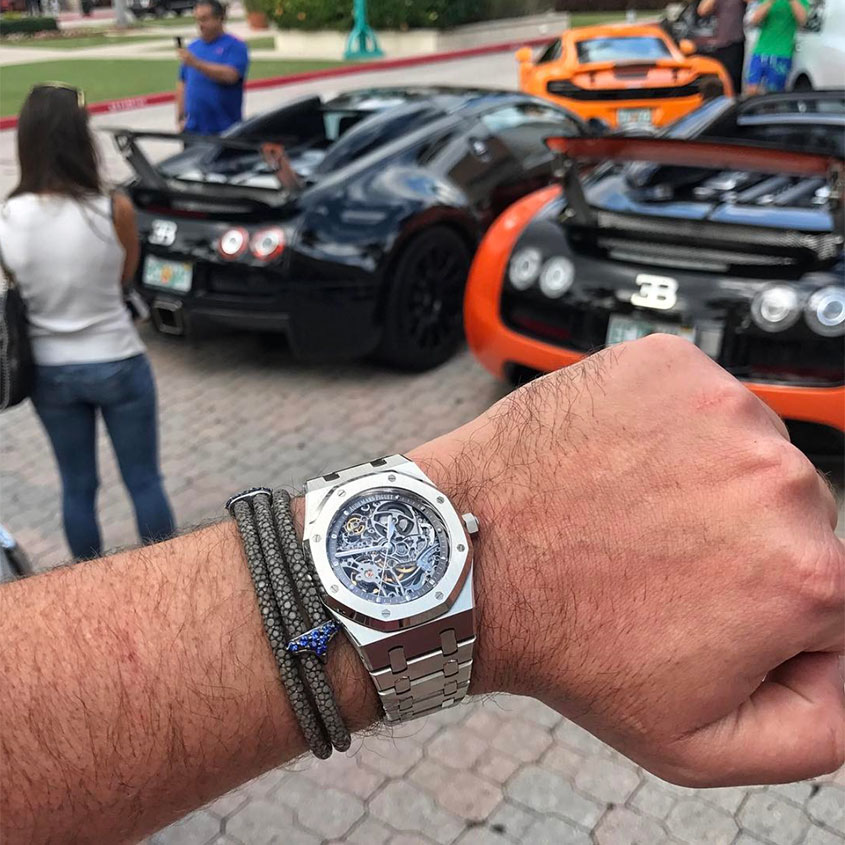