The Girard-Perregaux Laureato was among the vanguard of the first luxury sports watches when it was released in 1975. But it hasn’t stayed in the past, with the constantly evolving new materials and technologies used by the brand in this collection bringing it convincingly into 2020 (with materials such as the electric-looking Carbon Glass, which we looked at here). As well as winning over certain members of the Time+Tide team, who have since professed their love for the model. 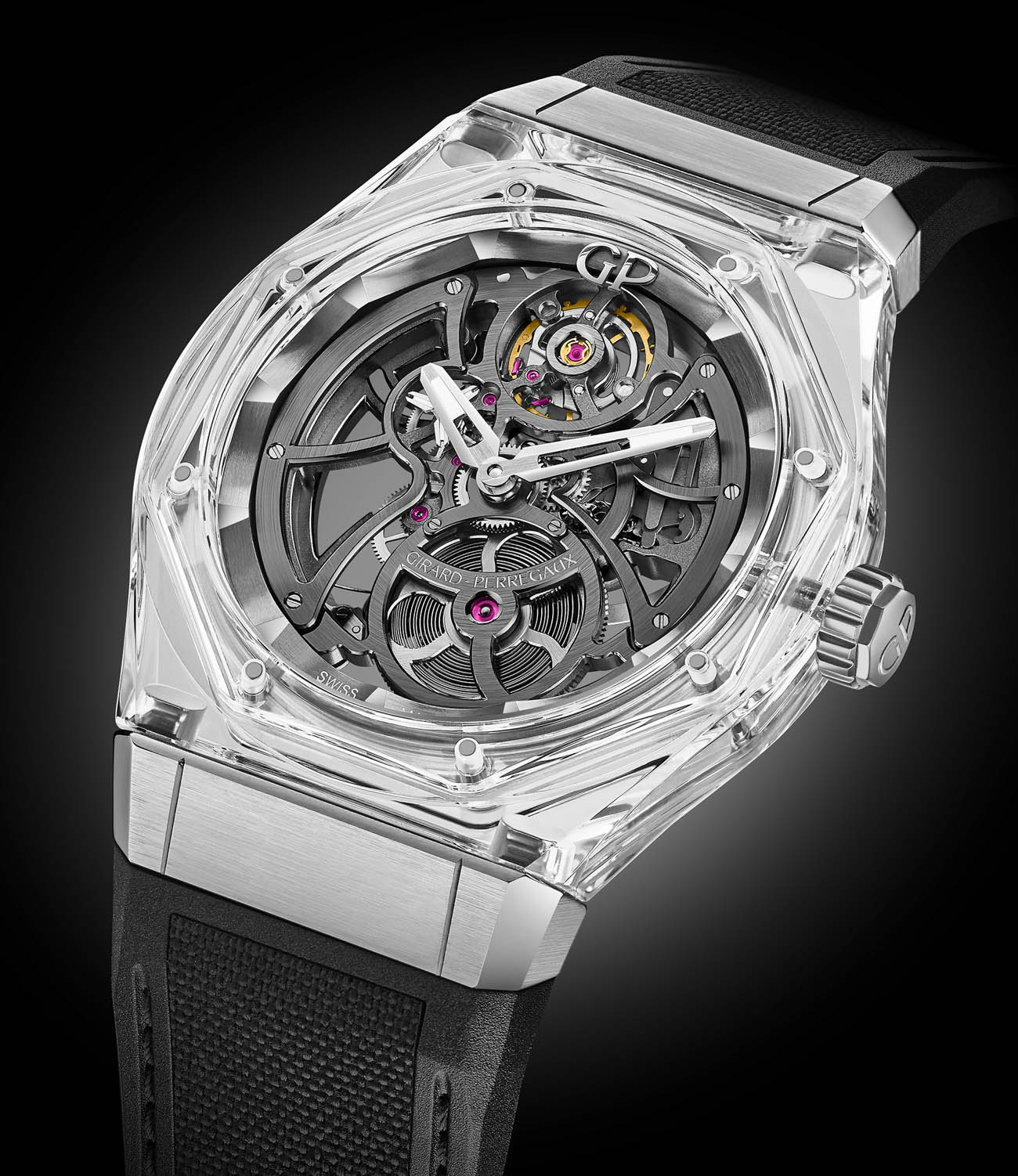 One of the reasons you don’t see many watches with sapphire crystal cases is the huge challenge in manufacturing them. While sapphire crystal is very hard, it is also brittle and prone to shattering during the manufacturing process. Sapphire crystal watch cases begin their lives as solid discs, which then must be machined and polished for hundreds of hours before it is ready for a movement to be fitted into it. If at any point during these hundreds of hours the sapphire cracks or breaks, the watchmaker must restart the process from scratch, making it one of the most time-consuming materials to work with. Despite these difficulties, Girard-Perregaux has invested in the expertise of working with this material, and are now one of the relatively few firms to produce watches out of the transparent mineral. 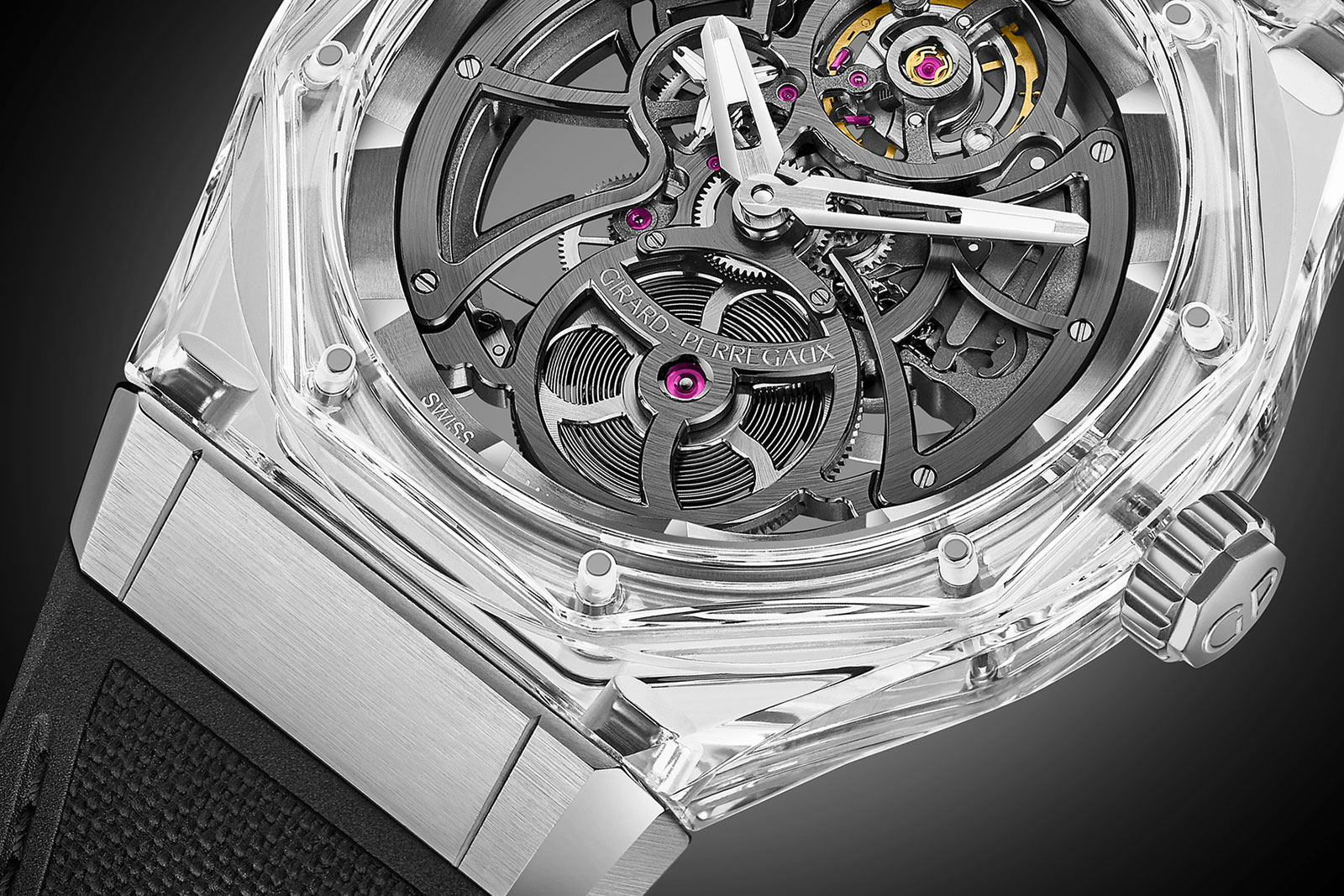 Housed within the 44mm sapphire case is a skeletonised version of their in-house GP01800 automatic caliber, which has been designed in this case to emphasise the light that fills the watch.

The movement has been worked to have an octagonal base plate to match the eight-sided shape of the bezel, which fills the inside of the case snugly and delivers a more visually complete package than if the movement was circular. The visual impression has been further carefully considered on the dial, with the balance wheel at 12 o’clock and the mainspring barrel at (almost) 6 o’clock delivering some balance to what would otherwise have been a more chaotic-looking front of the watch. Around the circumference of the dial is a wave-like ring that serves as a platform for the hour markers, with the wave rising to a flat surface 12 times around the dial. 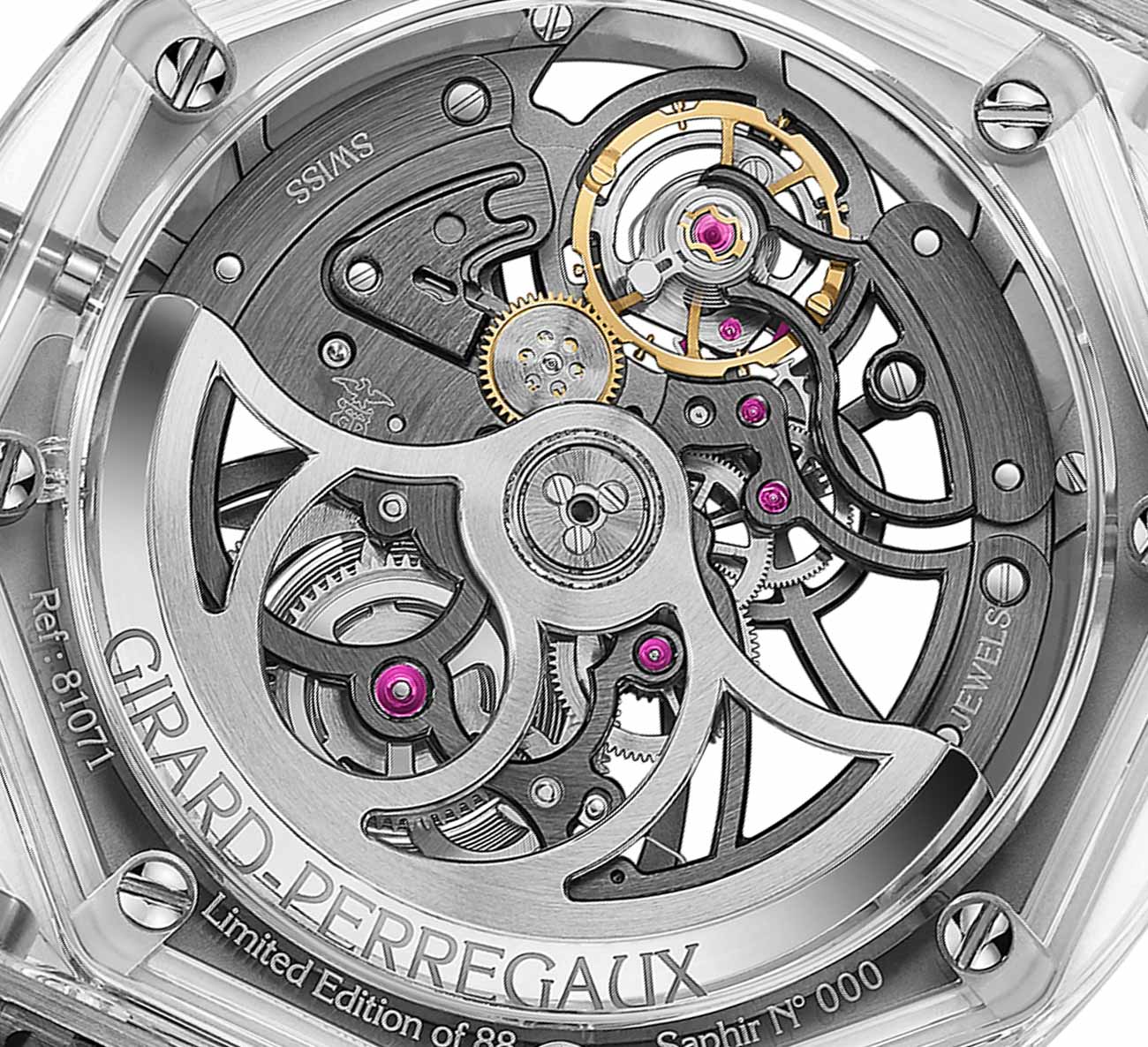 In keeping with the goal of a comfortable sports watch, the case has also been kept fairly slim at 11.56mm, a great decision to reduce the possibility of accidental doorknob impacts. Interestingly, the sapphire case is sandwiched between two titanium lugs that attach to a rubber strap that wraps around the wrist. The titanium is brushed for a fairly neutral look, and is the same material as the folding buckle that hugs the inside of your wrist. While it might not be the robust sporting watch you would want to take camping, the Girard-Perregaux Laureato Absolute Light is a luxury sports watch through and through, and would be much more at home pool-side in Monaco. If you’re in the market for a watch you can appreciate at a glance both inside and out, the Girard-Perregaux Laureato Absolute Light might be worth considering. 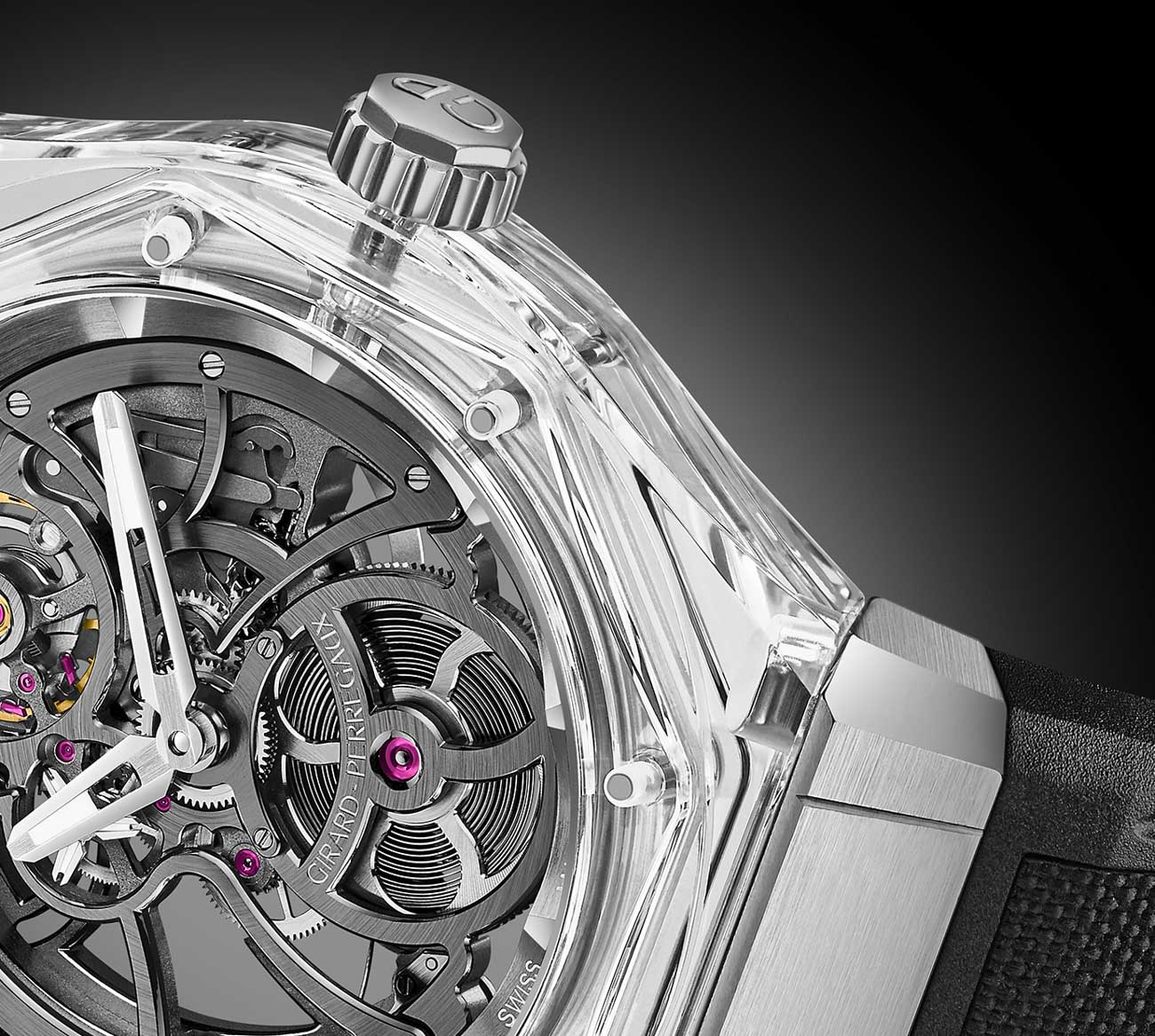 The Girard-Perregaux Laureato Absolute Light is AUD$122,000 and is limited to 88 pieces worldwide.