The more watches you see, the less likely it becomes that you see something you’ve never seen before. The Girard-Perregaux Absolute Rock, however, is absolutely unlike anything I’ve seen before. While the case shape and dial layout has been seen, in different references within the Laureato collection, the eye-catching element of this watch is the case material. The watch is constructed in a proprietary material known as Carbon Glass, a name that perfectly encapsulates the layered crystalline aesthetic on display. Carbon itself is not a new material in watchmaking, and has been used in countless watches. Carbon Glass, on the other hand, looks as though a carbon watch case has a current run through it, creating electric blue structures within the carbon that appear to be radiating with self luminescence. It’s one of the most remarkable materials you are likely to hear of today, so let’s take a closer look. 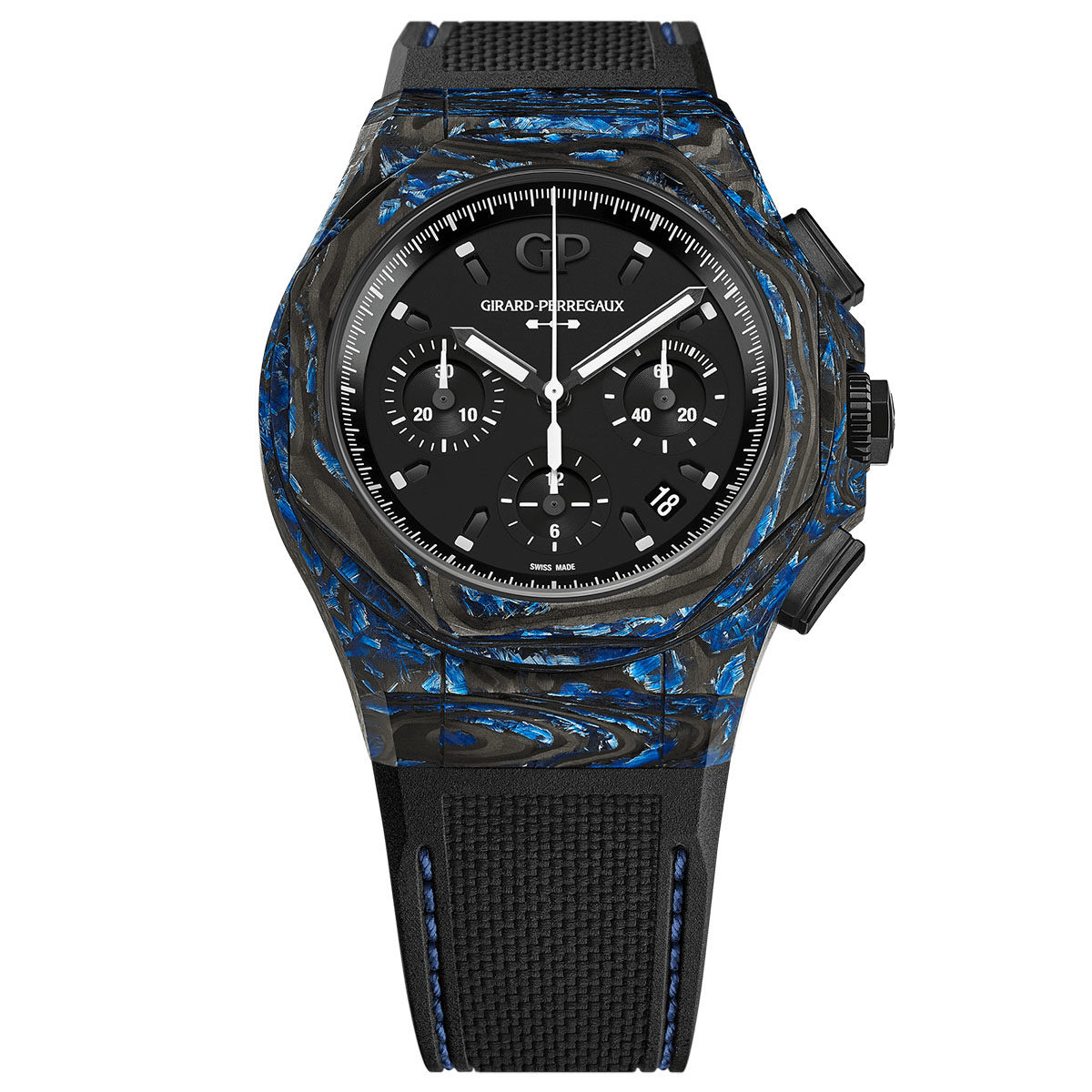 Measuring up the new Girard-Perregaux Absolute Rock, we are met with a 44mm case diameter that is 14.75mm tall. Not small, but well sized for a modern sports watch. The matte black sandwich dial has impressive depth to it, and has been faintly radially brushed. The chronograph registers are arranged typically of the broader Laureato chronograph collection, with sub-dials at 3, 6 and 9 o’clock. Each of these sub-dials has been stepped twice to add more impact to the impression of visual depth, and each of the three hands are coated in high-contrast Super-LumiNova. The three centrally mounted hands have also had a healthy lashing of Super-LumiNova for low-light environments, and also offer great contrast against the matte black dial for easier legibility. Maintaining the stealthy look of the dial, the raised GP logo is also matte black, while the longer Girard-Perregaux text is printed in white. 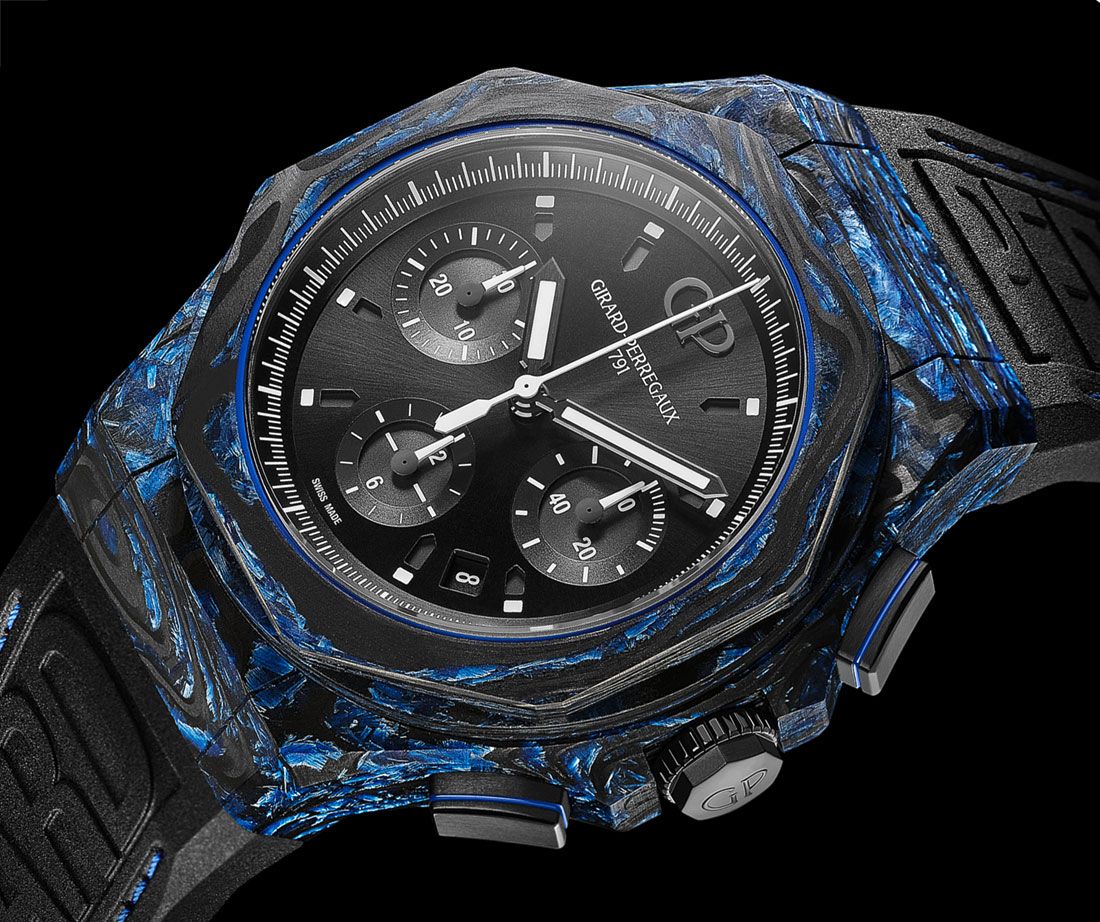 Let’s talk about the Carbon Glass for a moment. Aside from being one of the most impressive-looking materials I’ve seen in a while, the wow-factor doesn’t stop there. While Girard-Perregaux won’t reveal, for obvious reasons, exactly how the material is produced, a word that is used repeatedly to hint at its origins is compression. Lots and lots of compression, which makes Carbon Glass at least 100 times stronger than the steel that is typically used in watchmaking, as well as being around eight times as light. That makes this a seriously lightweight and tough-wearing watch, as well as looking like it belongs on the wrist of Optimus Prime. 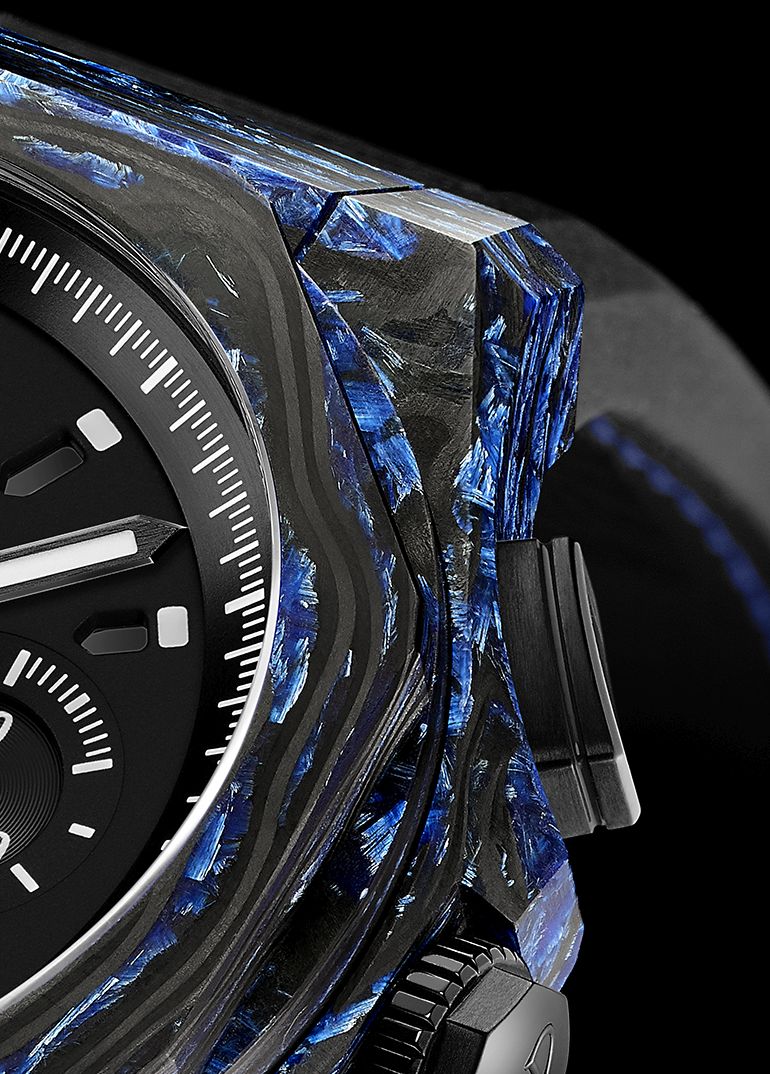 The Girard-Perregaux Absolute Rock is available on a comfortable rubber strap with a titanium folding buckle. Powering this almost-glowing wristwatch is the GP03300-1058, a self-winding movement carefully hidden behind a Carbon Glass caseback secured with six screws. Oscillating at 28,800 vph, the movement offers 46 hours of power reserve. 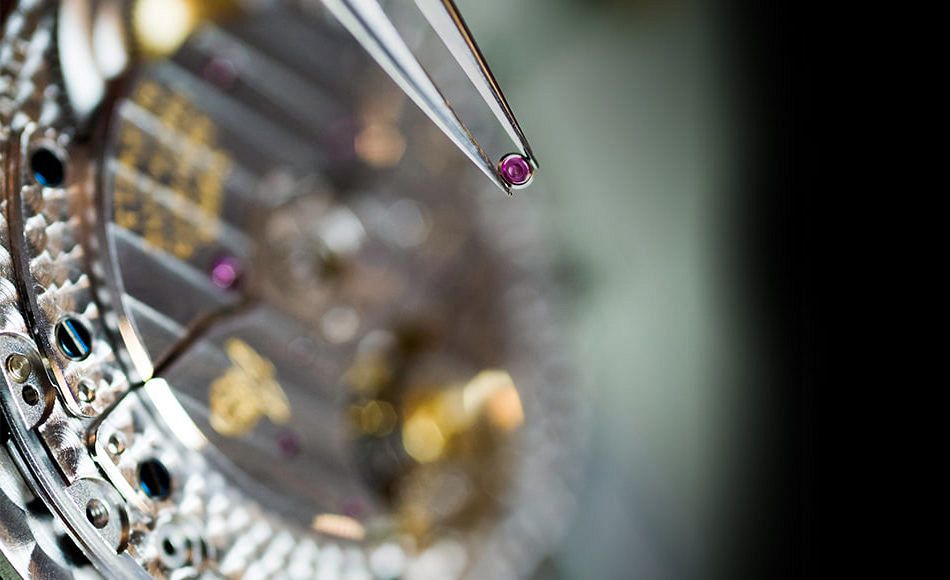 The price of the Girard-Perregaux Absolute Rock is AUD$23,000 and is limited to 100 pieces worldwide.