Perhaps Panerai’s most collectible modern-day watch, the original Bronzo, is credited with kick-starting today’s bronze watch craze. While it may not have been the first, when it was released in 2011 it immediately captured the patina-friendly hearts of collectors. Quickly selling out all 1000 pieces and spawning three more models, with each one as limited as the next. For 2019, however, the only thing that’s limited are the days of the limited edition Bronzo, with Panerai’s latest bronze addition being made available to absolutely everyone. That’s right, people, the Panerai Submersible Bronzo PAM00968 is not a limited edition (though it is still limited production). 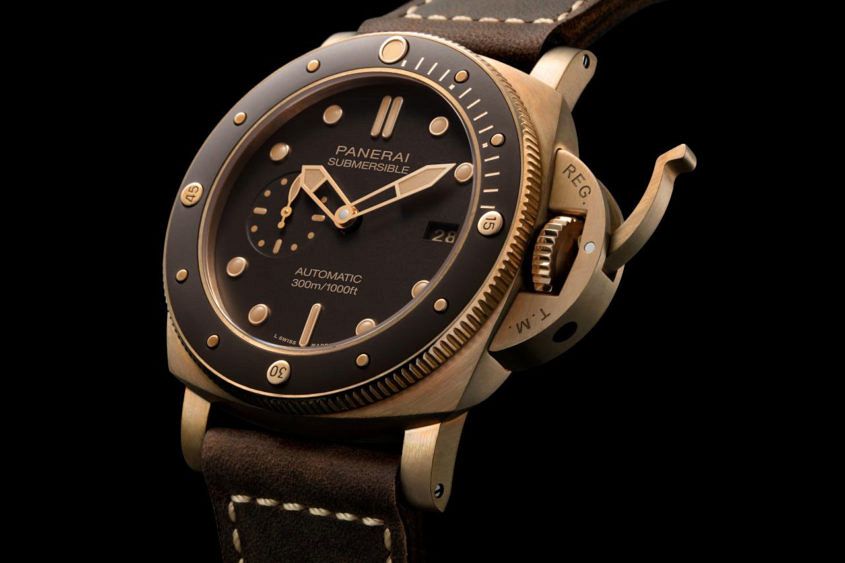 The good news doesn’t stop there either, as the PAM00968 also features one more thing we’ve never seen before on a Bronzo – a ceramic bezel. Micro-sandblasted and coloured an earthy brown to match both the dial and the warmth of the bronze case, the ceramic’s incredible hardness and resistance to scratches should provide a wonderful lasting contrast to the patina-forming properties of this Bronzo’s 47mm bronze case. Which, of course, also features the iconic Panerai crown protector, naturally made in bronze, first patented by the Italian Swiss-made brand in 1955. Water resistant to 300 metres, a sapphire crystal display back also gives view through to the P.9010 calibre beating away inside. With a rate of 28800 bph, an Incabloc anti-shock device, and two barrels, the P.9010 was first seen in a Bronzo in 2017, powering the delightful blue-dialled Luminor Submersible PAM 00671, and is good for a power reserve of three days. 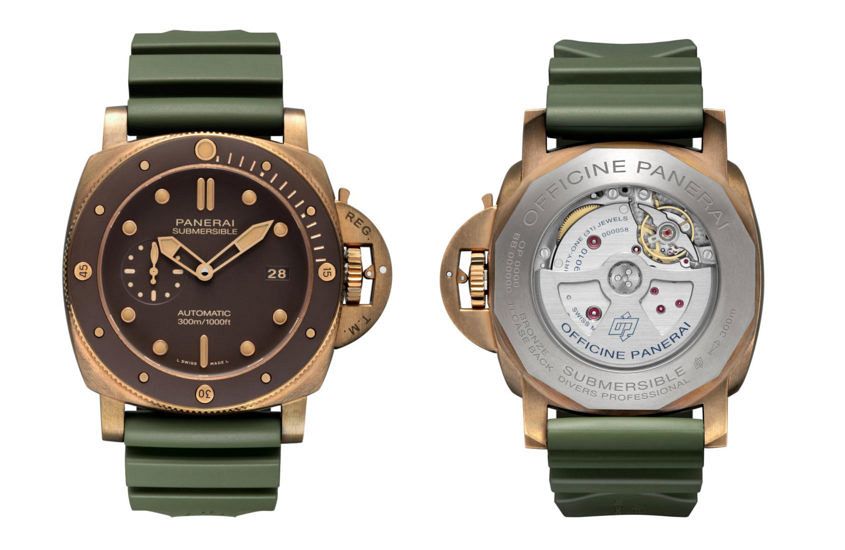 Available from all Panerai boutiques, on Panerai.com, in the Panerai WeChat boutique, and from Mr Porter, each PAM00968 ships with both a brown leather strap and an additional military green rubber strap.

Panerai’s Bronzo is back. It’s big, it’s bronze, and it’s not limited … what more could you ask for?