INTRODUCING: The Hublot Big Bang Unico Yellow Magic is like the summer sun lighting up a New York taxi

Occasionally watch people will complain about how little anybody notices what’s on their wrist. You’re wearing a good watch. You’re dying to tell people about it. Nobody bites or even notices. Well, that’s hardly ever been a problem with a Hublot and it certainly won’t be an issue with the Big Bang Unico Yellow Magic ceramic chronograph, newly released at Watches and Wonders. 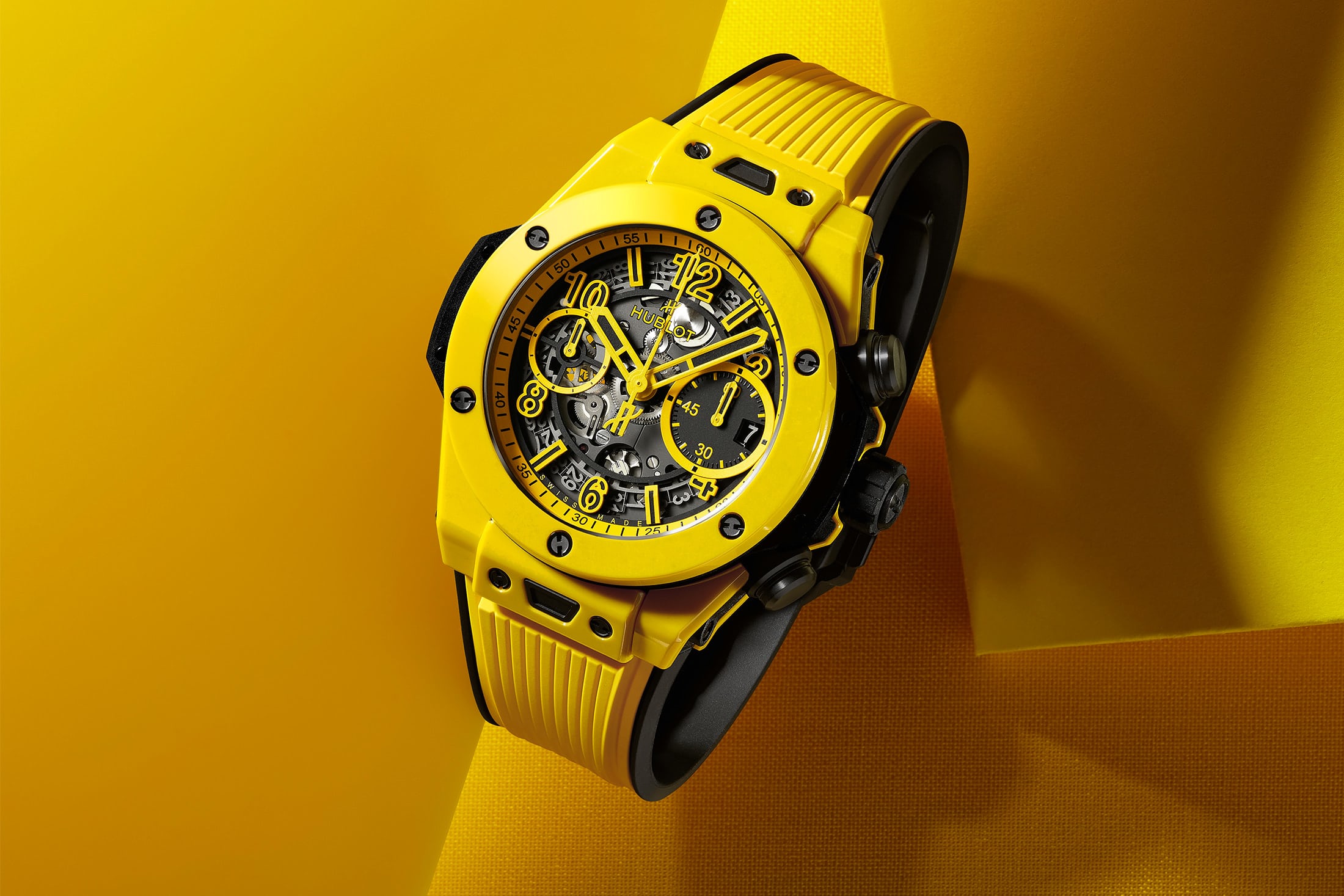 People would have to make an effort not to notice this on the wrist – and it will undoubtedly be worn by people who want to be noticed. But it’s the latest in Hublot’s line of ceramic chronographs that isn’t just about the bold colours, but how they get there. 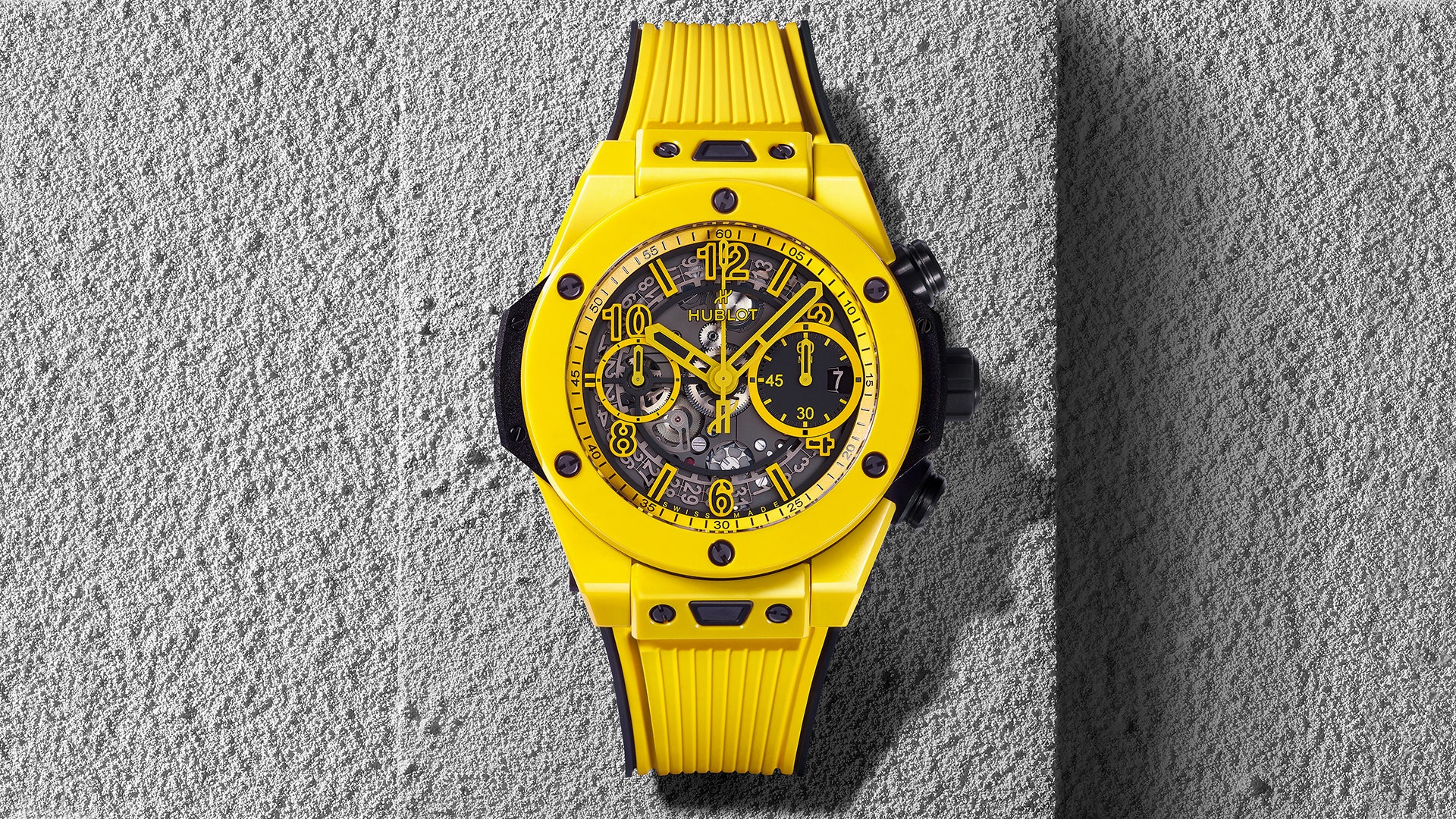 It took four years of development for Hublot to perfect a technique that produces a brightly coloured, particularly hard-wearing ceramic without burning the pigment in the process. Having led off with red in 2018, and later a blue, yellow was the inevitable next step along the primary colours.

Hublot has emphasised the solar aspect of the colour and the polished yellow does have a summer sun lighting up a New York taxi cab vibrancy to it. That colour is continued across the Arabic numerals, hands, indices, minutes and seconds counters, and then all the way through the rubber strap. 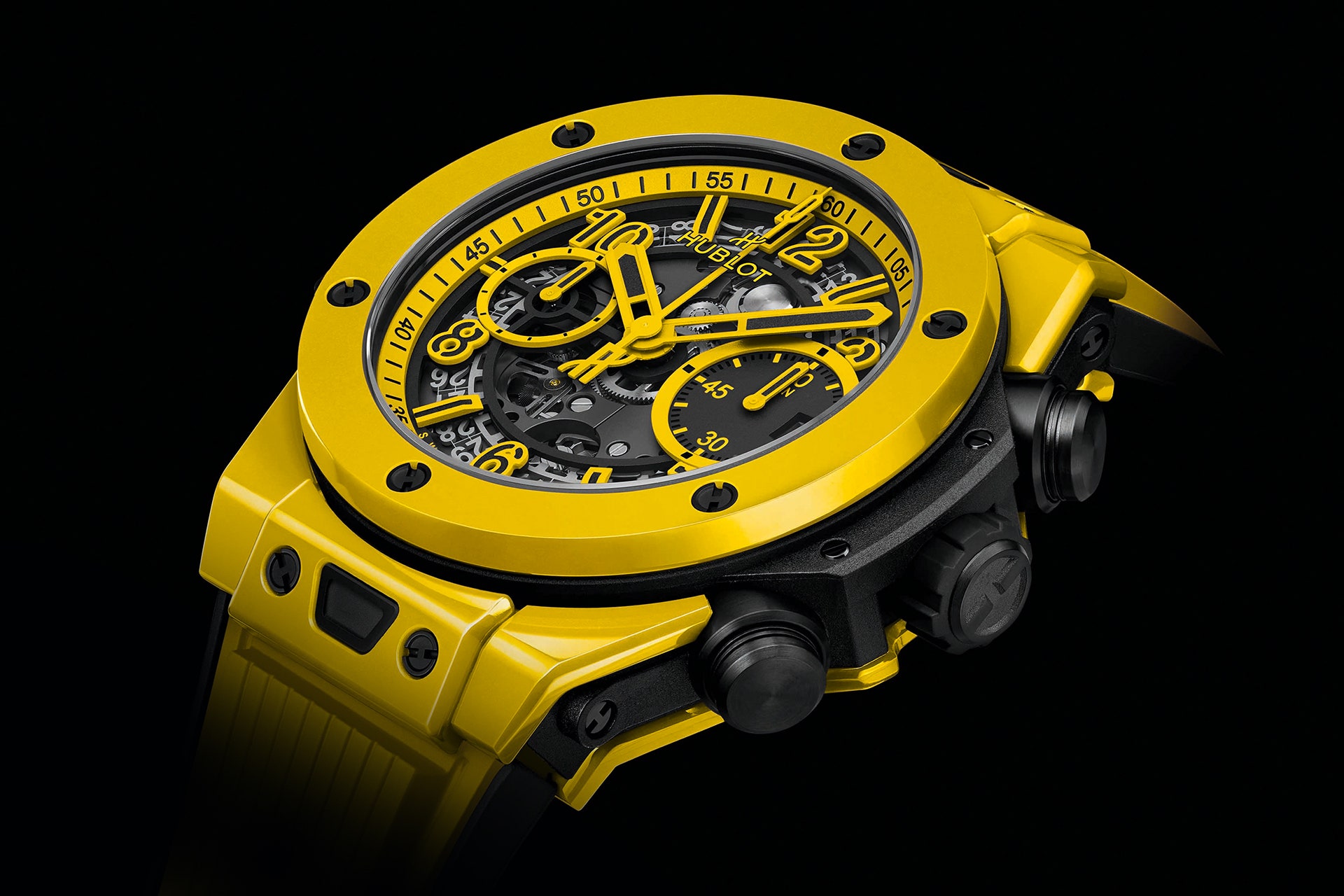 It all serves as a stark contrast with the black mid-case, screws, and the dark skeletonised dial in which the column wheel of the Unico HUB1280 self-winding movement is visible. A flyback chronograph, it comes with a 72 hour power reserve and the watch is water resistant to 100 metres.

However, while the Yellow Magic most definitely wears loud, one aspect has been toned down from previous models. 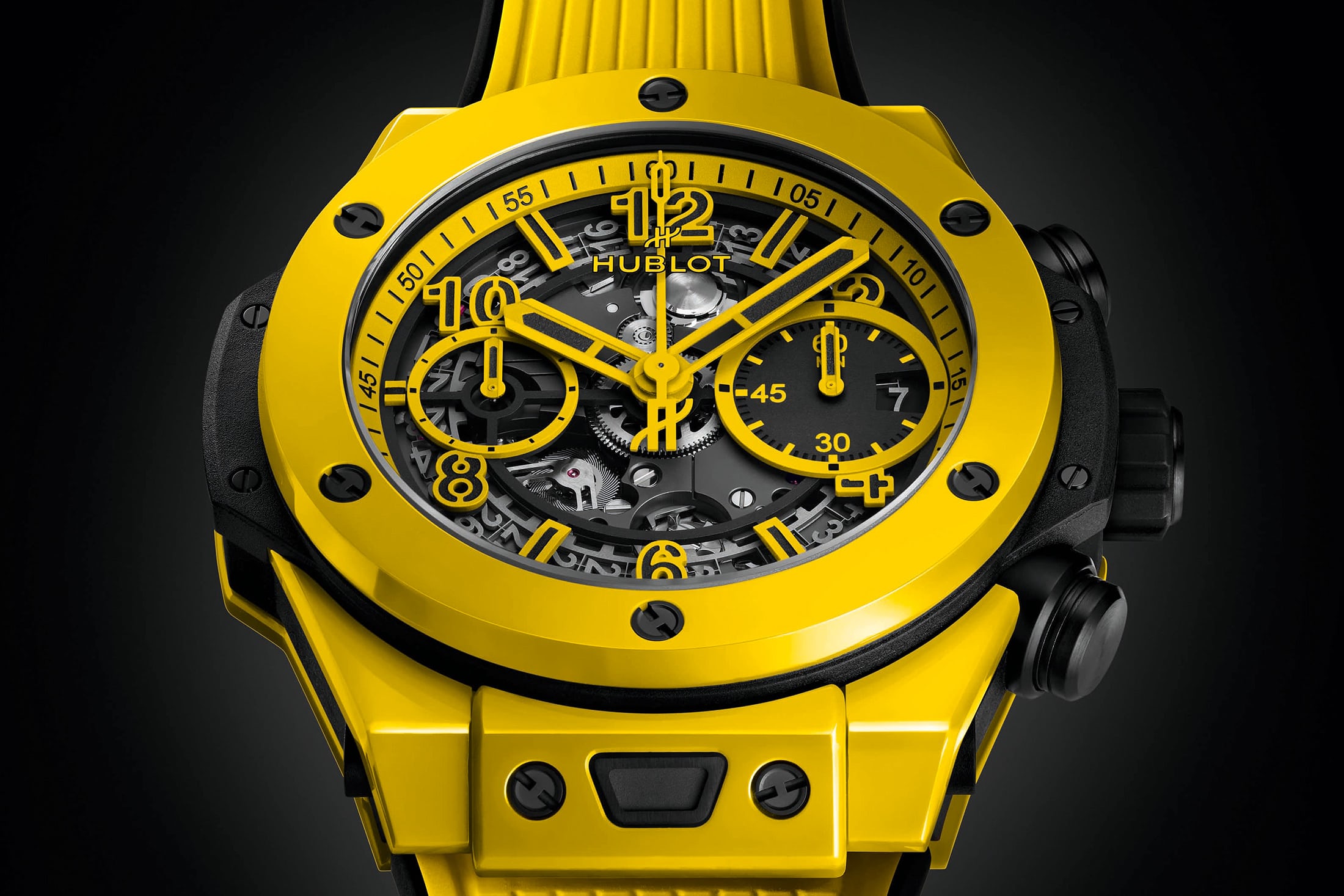 It comes in at 42mm in diameter (compared to the 45mm of the red and blue models) and with a thickness of 14.5mm. Nobody’s going to claim that’s a dainty watch, and it will have a presence that far outshines those dimensions, but it means you don’t have to have the biggest wrists to carry off wearing the Yellow Magic. You would, though, be likely to have the biggest personality in the room.

The Hublot Big Bang Unico Yellow Magic is a numbered limited edition of 250 pieces. And is priced at CHF24,900. Hublot.com