“Living the dream” is how I’d best describe the two co-founders of microbrand watch company Nodus. The pair may be relative new recruits to the micro-watchmaking game, but Cullen Chen and Wesley Kwok have turned their passion for watches into their dream business, releasing their debut model, the Nodus Trieste, in 2017, taking its inspiration from ’60s dive watches. Since then, the young up-and-coming microbrand has gone from strength to strength, building itself an enthusiastic cult following on the forums, and Instagram and the like, as well as releasing brand new models quicker than an elephant running downhill. With each new release continuing the same dive/tool watch trend that kickstarted the brand into existence, before culminating in what is their most impressive offering yet, the Nodus Avalon. 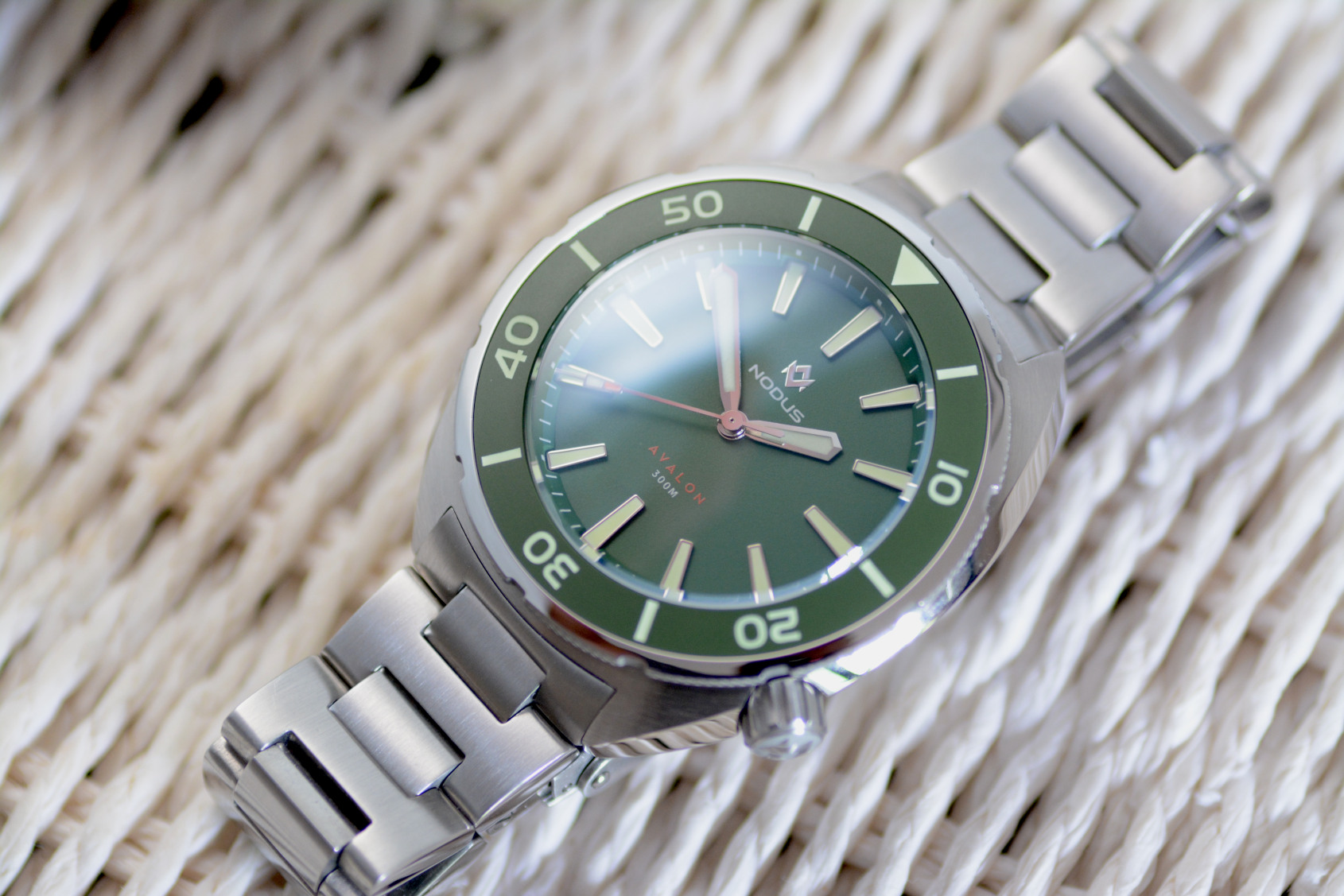 To see what makes the Avalon so impressive, you only need to look at the specs and, for that matter, its price. Available in several dial colours and starting at $625 USD, its case is CNC-machined out of a solid block of 316L stainless steel, measuring a goodly 43.5mm across with a lug-to-lug of 48mm and a thickness that measures 12.9mm from its caseback to the top of its double-domed sapphire crystal. It’s also rated to a “professional” 300 metres of water resistance and boasts an impressive (and healthy) amount of Super-LumiNova on its hour markers and hands, as well as on the markings of its matte ceramic bezel – which also happens to be available in stainless steel (without lume).

Inside is the Miyota 9039 movement, released last year and essentially a no-date version of the Miyota 9015. It’s a great reliable choice for the Avalon and offers a 42-hour power reserve and a frequency of 28,800 bph. Sans date means there’s no “phantom” stop when pulling out the crown, and, more importantly, it’s also thinner, which in turn allows for the Avalon’s streamlined case profile. 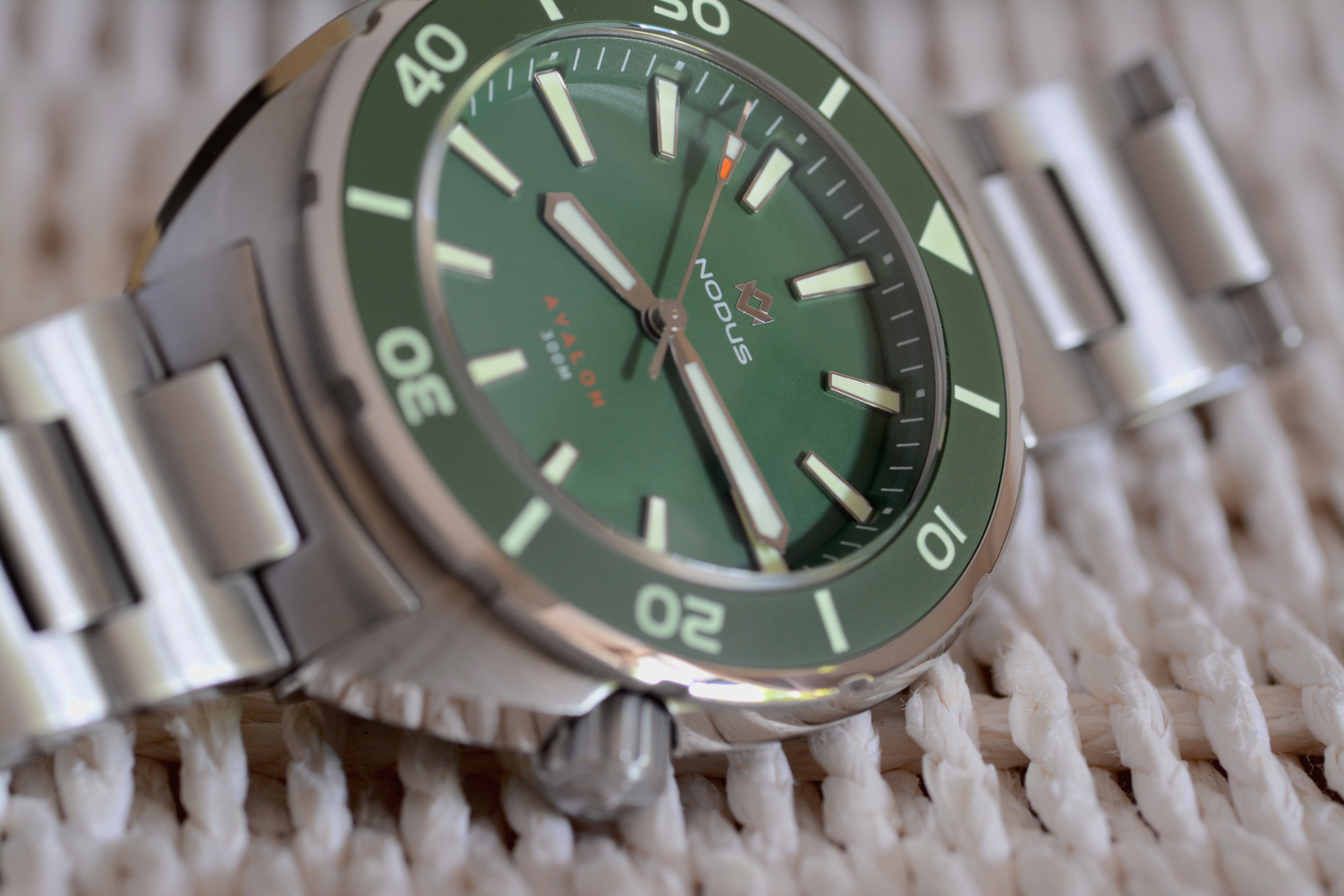 And it’s that sleek profile that immediately stood out to me as I first took hold of the Avalon. Mirroring the form of classic dive watches, like that from Doxa or Seiko, the cushion-shaped case features sharply cut bevels on its side, which comfortably follow the shape of your wrist and further exaggerate its svelte profile – the Avalon wears even thinner than its spec sheet would suggest. It’s no surprise to see at least a little Seiko inspiration in the Avalon either, as Cullen and Wes are both keen watch heads and passionate fans of the Japanese brand. Another subtle nod can be seen in the Avalon’s traffic light-style seconds hand, which was first seen on Seiko’s OG hi-beat dive watch, the 6159. However, the Avalon straddles the “inspired” line nicely, feeling familiar without being derivative, and creating an original design that also maintains the microbrand’s archetypal design language. 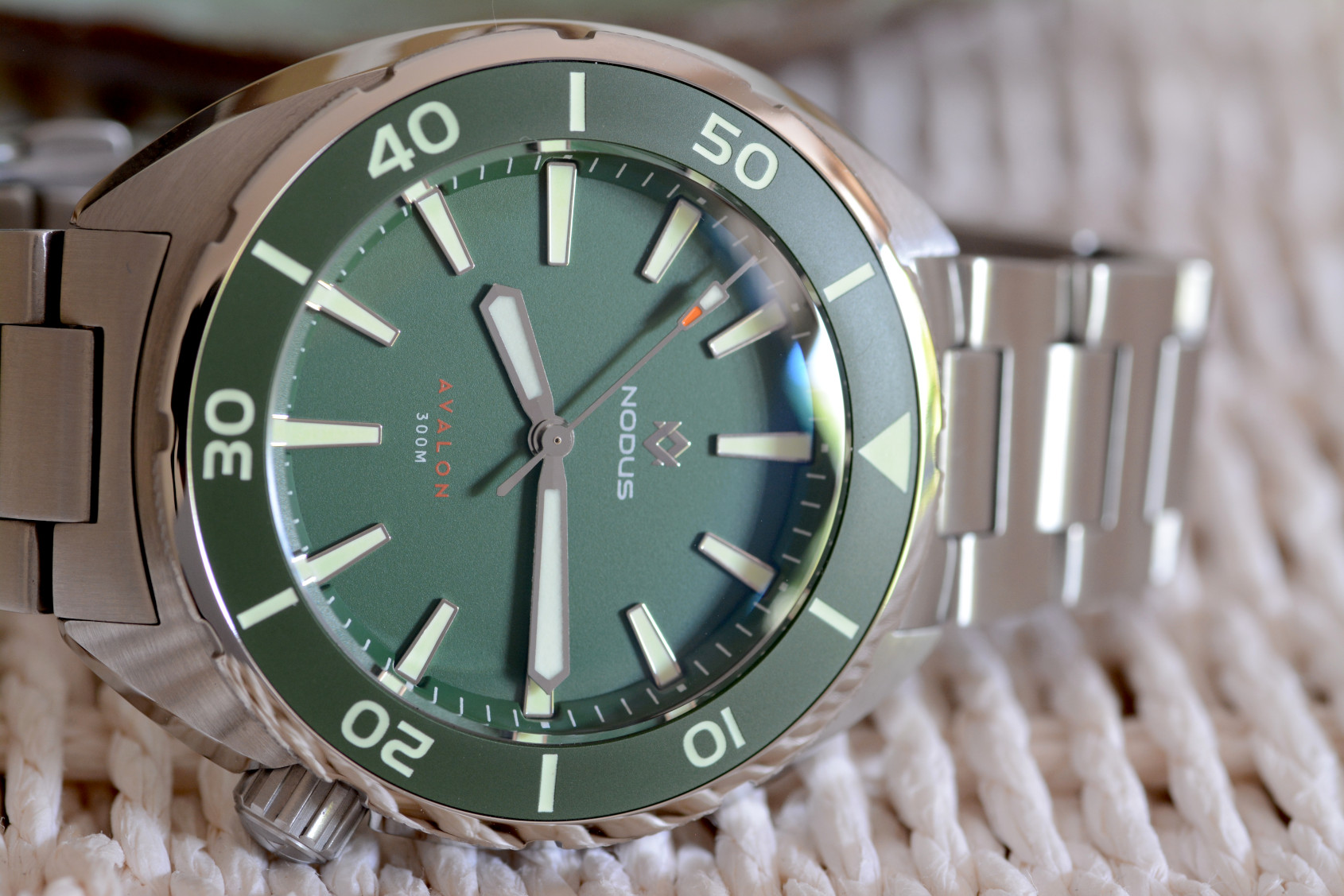 Pairing great dial legibility with impressive case finishes, the Avalon is a watch made to be worn. Which is even more evident when you consider its bracelet. Manufacturing and designing a bracelet in the microbrand world is no easy task, but Nodus has done a fine job, and the Avalon’s solid H-link steel bracelet continues the tool watch look while also offering just the right balance of sturdiness and flexibility. My only complaint would be the lack of a diver’s extension on its flip-lock clasp, however the six micro-adjustments are a very nice touch. 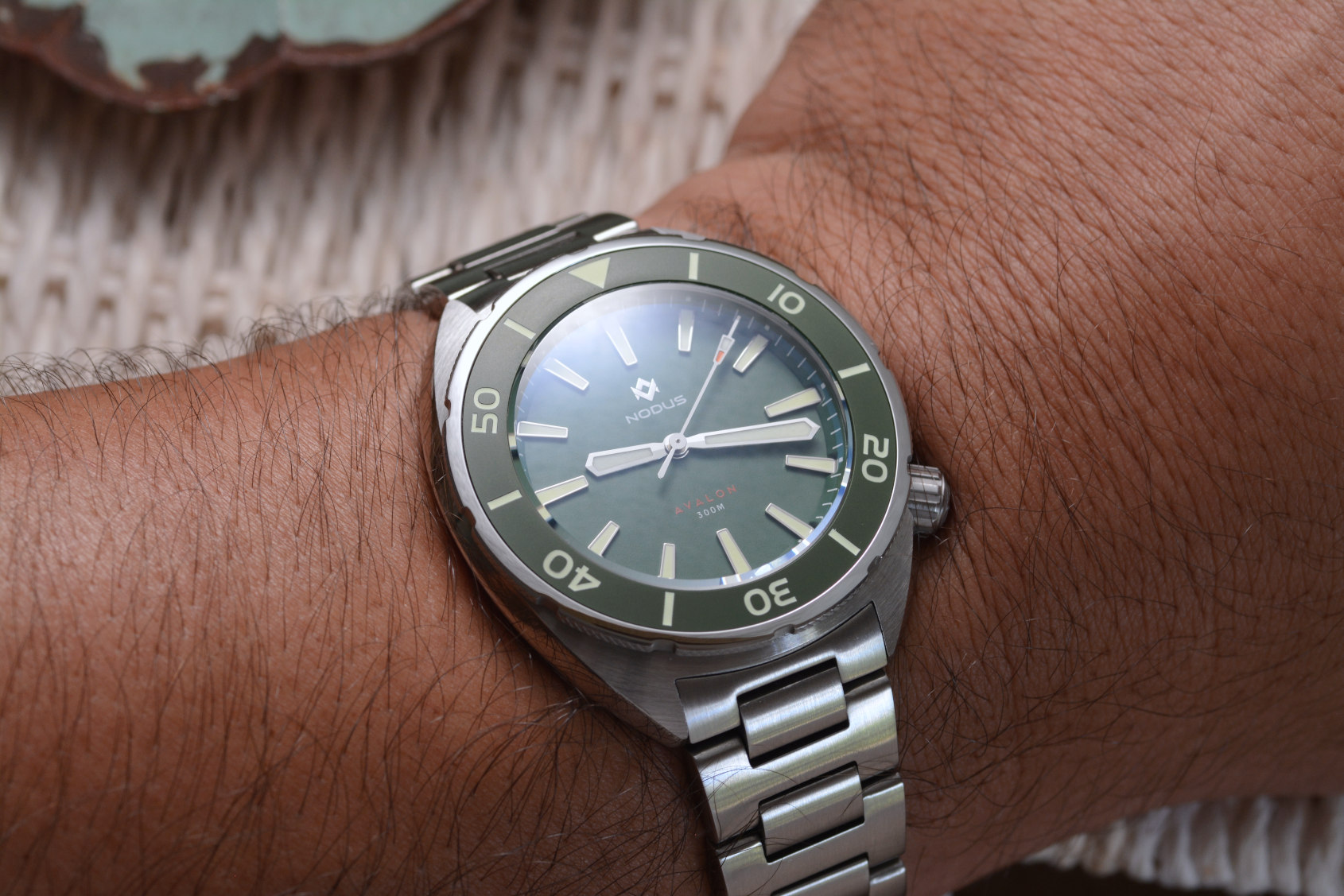 Quietly kicking goals ever since the introduction of their first model, Nodus has carved out its own niche in an already crowded segment of the micro-watchmaking world, remaining competitive and growing to fully assemble and regulate – in four positions – their watches in Los Angeles. I for one can’t wait to see what Nodus do next.