Editor’s note: Some watches you can’t get out of your head, and the fun and friendly TAG Heuer Carrera Calibre 16 Chronograph from 2018 is one such watch. We can’t get over those pops of colour!

The story in a second: Classic Carrera. More colour. 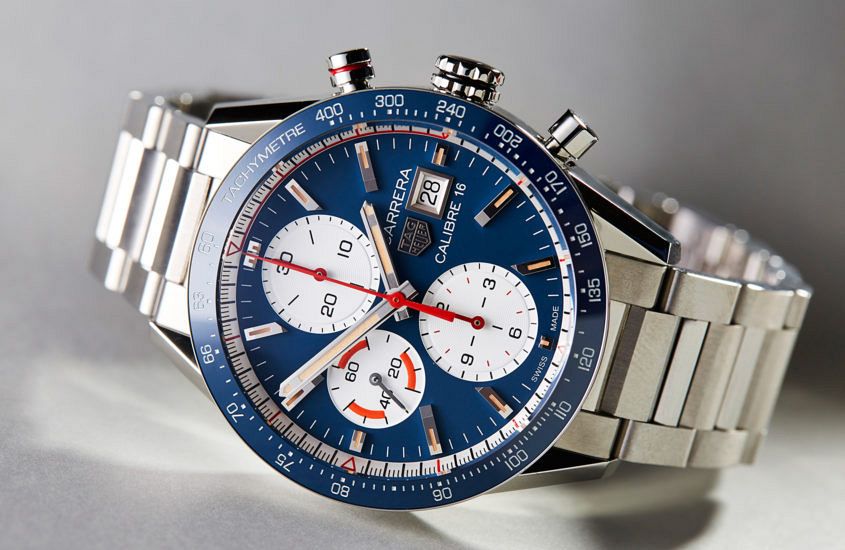 If you spend more than a few minutes in the sometimes crazy world of watches, it’s easy to lose perspective. You can very quickly get caught up in the hullabaloo of new this, in-house that, and proprietary the other. But while all that stuff is cool and sometimes really matters, at the end of the day it’s a watch on your wrist with a job to do. And that job is telling the time and looking good. I think this particular model excels at this job, which is why I chose it as one of my 10 favourite Baselworld 2018 releases. I made that decision in the thick of the fair, but you know what, after a few months reflection, I think it holds up. 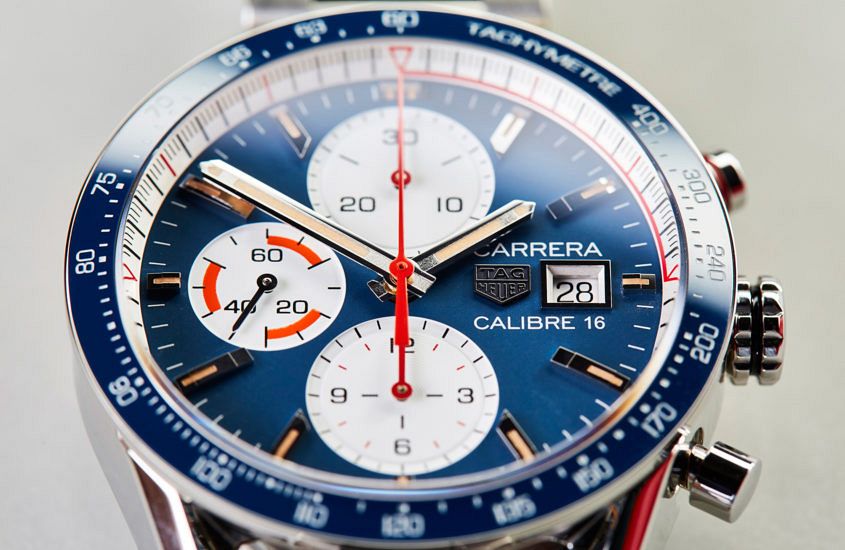 The dial is where the party is at. The matt mid-blue matches perfectly with the fixed ceramic tachy bezel (love the choice to use ceramic BTW), and is freshened up even more thanks to the white, red and orange at play. The contrasting white is great, and adds an instant retro flavour. I particularly like the break afforded by the white inner flange, which is something you don’t see too often on the Carrera. All the key chronograph features — central chrono hands, elapsed minutes and hours, as well as the outer flange minute track — are highlighted in red, while there’s vivid orange alternating highlights on the running seconds register. And while I think the red works really well on the black-dialled option, for me this watch is all about the blue, white and orange — I’d happily see that super ’70s shade take over from the red, especially with that creamy beige lume at play too. But while that might be my dream scenario, the fact is that the dial, as is, looks pretty awesome. Even the text/logo/date combo at three is nicely balanced. 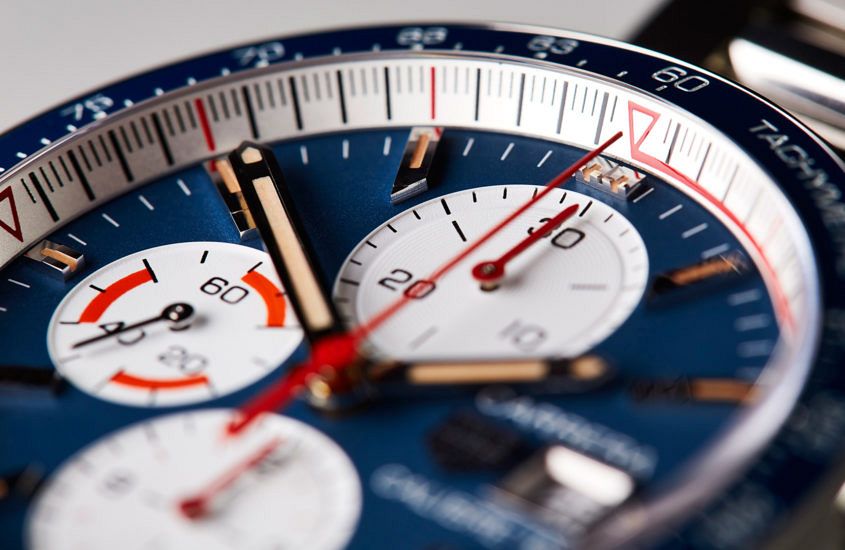 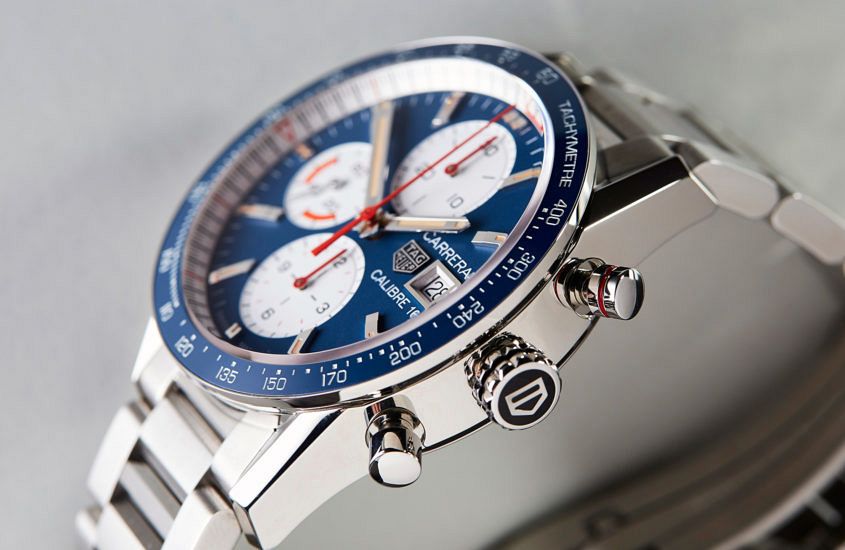 While the dial of this beauty receives (deservedly so) the lion’s share of the attention, the case plays its own significant role too. The Carrera, as you might expect from a model that celebrates its 55th anniversary this year,  has seen some significant fluctuations over the decades. And while this Cal 16 version isn’t a straight-up heritage piece, the 41mm case size does give it more of an old world feel compared to the larger 43 and 45mm incarnations. The long lugs are still very much in evidence though, which combined with the bezel, gives that instant modern Carrera look. It sits tall, but not taller than you’d expect from any watch with this movement. There’s a lot of polish at play too, which adds some flash on the wrist, especially when you factor in the bracelet … 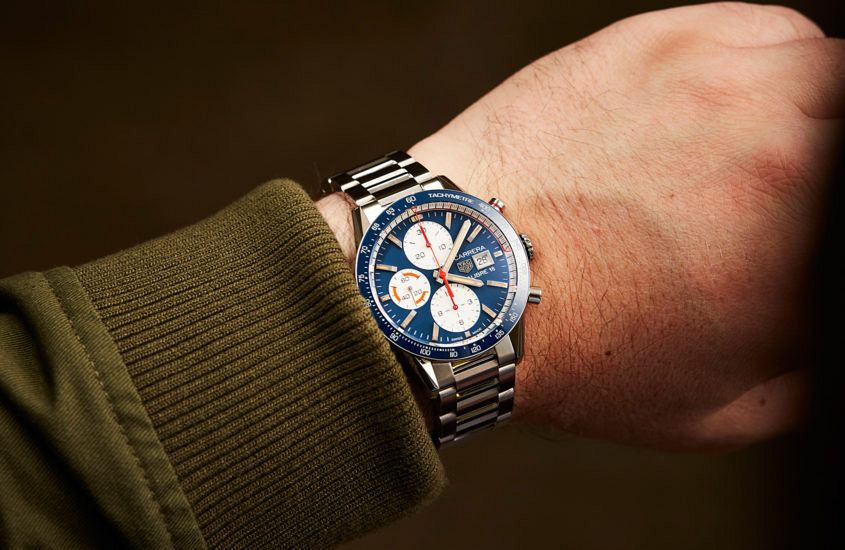 At the moment, the blue-dialled option is only offered on the h-link bracelet, whereas the black comes on leather. I quite like this bracelet from TAG; it’s utilitarian and versatile, with its mix of finishing ensuring it can go from work to weekend without too much stress. There’s no microadjustment, which is a bit of a let-down, but that does mean the clasp is quite streamlined on the wrist. I do think the combination of blue dial and bracelet means this watch is a bit of an attention-seeker, so if you’re hoping to slip under the radar, perhaps the black is a better option. 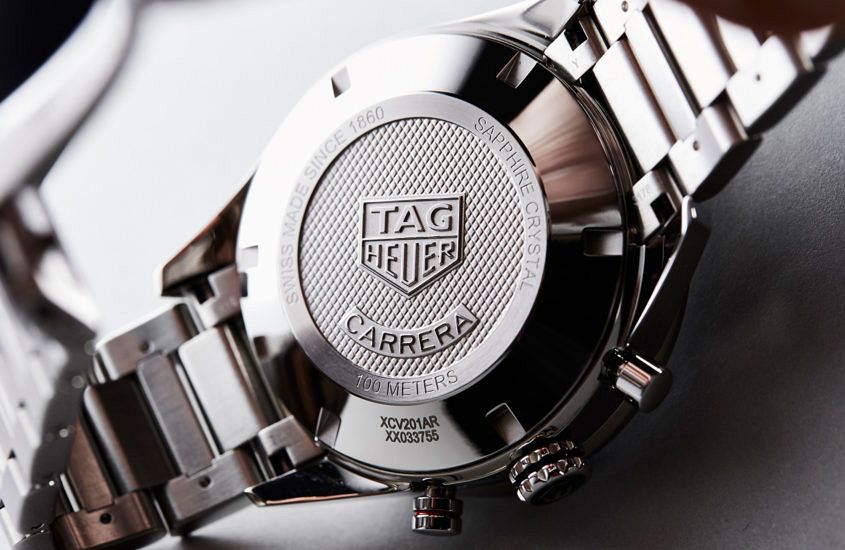 Those familiar with TAG Heuer nomenclature will know that Calibre 16 translates to the ETA 7750 or its Sellita equivalent. What this movement lacks in flash or sass, it more than makes up for with a proven track record as a solid performer, and I think it’s the right choice for this core performer in the TAG Heuer line-up, especially given the price point and the fact that the fancier Heuer 01 and 02 movements seem to be reserved (for now) for the more modern-styled modular Carreras and Autavias respectively. 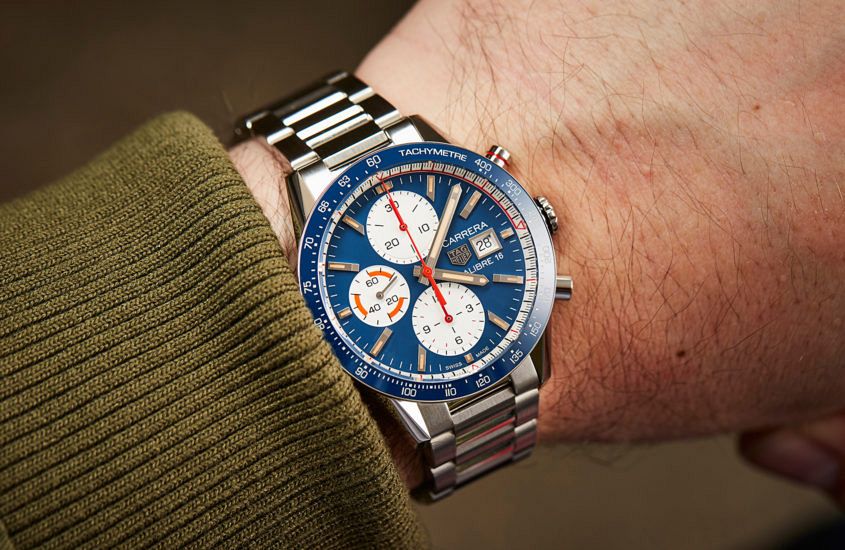 For me, this is where the Carrera Calibre 16 shines. Every time I wore it and looked down at my wrist, I smiled. But, by the same token, I wasn’t constantly conscious of wearing it, which is a win for me. Sure, the dial is a welcome burst of colour but, more than that, TAG Heuer have nailed the mood of this Carrera: it’s fun, funky, sporty, retro and modern all at once. In short, it’s a pleasure to wear. 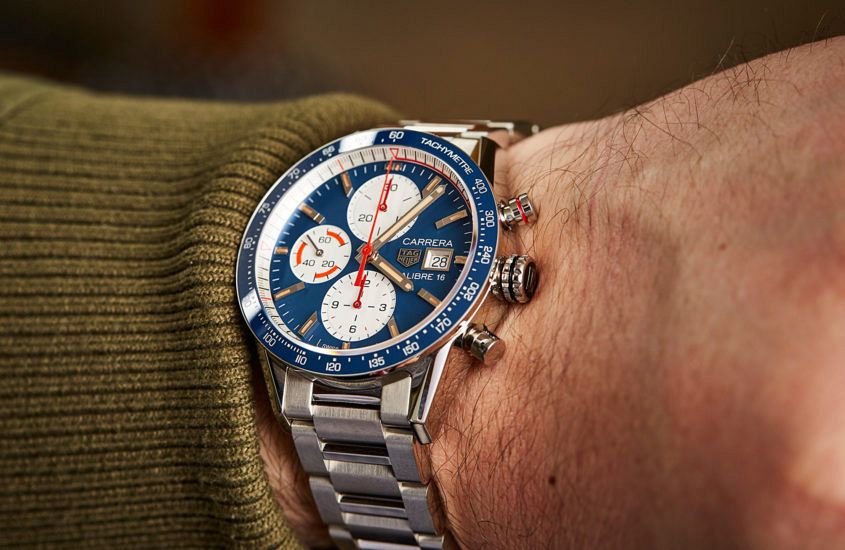 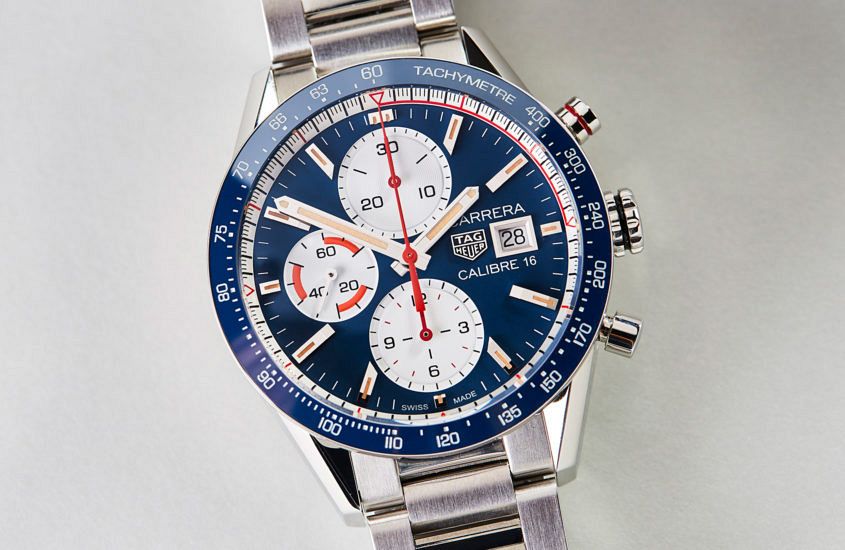 At the start of this review I said that sometimes all you want from a watch is something that tells the time and looks good. By those two (admittedly, self-imposed) metrics, this watch more than delivers. If you break it down into its composite elements, there’s nothing particularly new or novel here — but take it as a whole, and it just works. What more do you need? Also, this model and its black twin are surely just the beginning. Can’t wait to see those new colour/case/etc combos start rolling out …

Is your watch named after a lethal road race? No, didn’t think so.

Looking for a colourful chronograph with historical cred? Look at this guy. 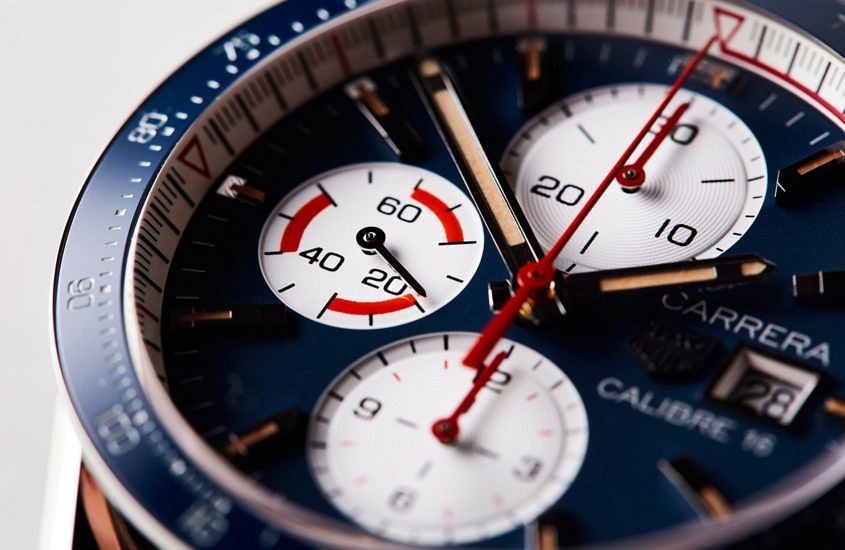