With all the uncertainty in the world right now, spending several months’ salary on a watch might seem like an idea that can wait a while. But for those in the watch community, the idea of not knowing where your next drink is coming from can be an uncomfortable feeling. With that in mind, let’s take a look at some of the best watches you can currently buy that will scratch that new-watch itch, without meaning you have to go without toilet paper for the next few months. So without further ado, let’s get better acquainted with a few of the finest watches on the market that will ring the till close to AUD$500. 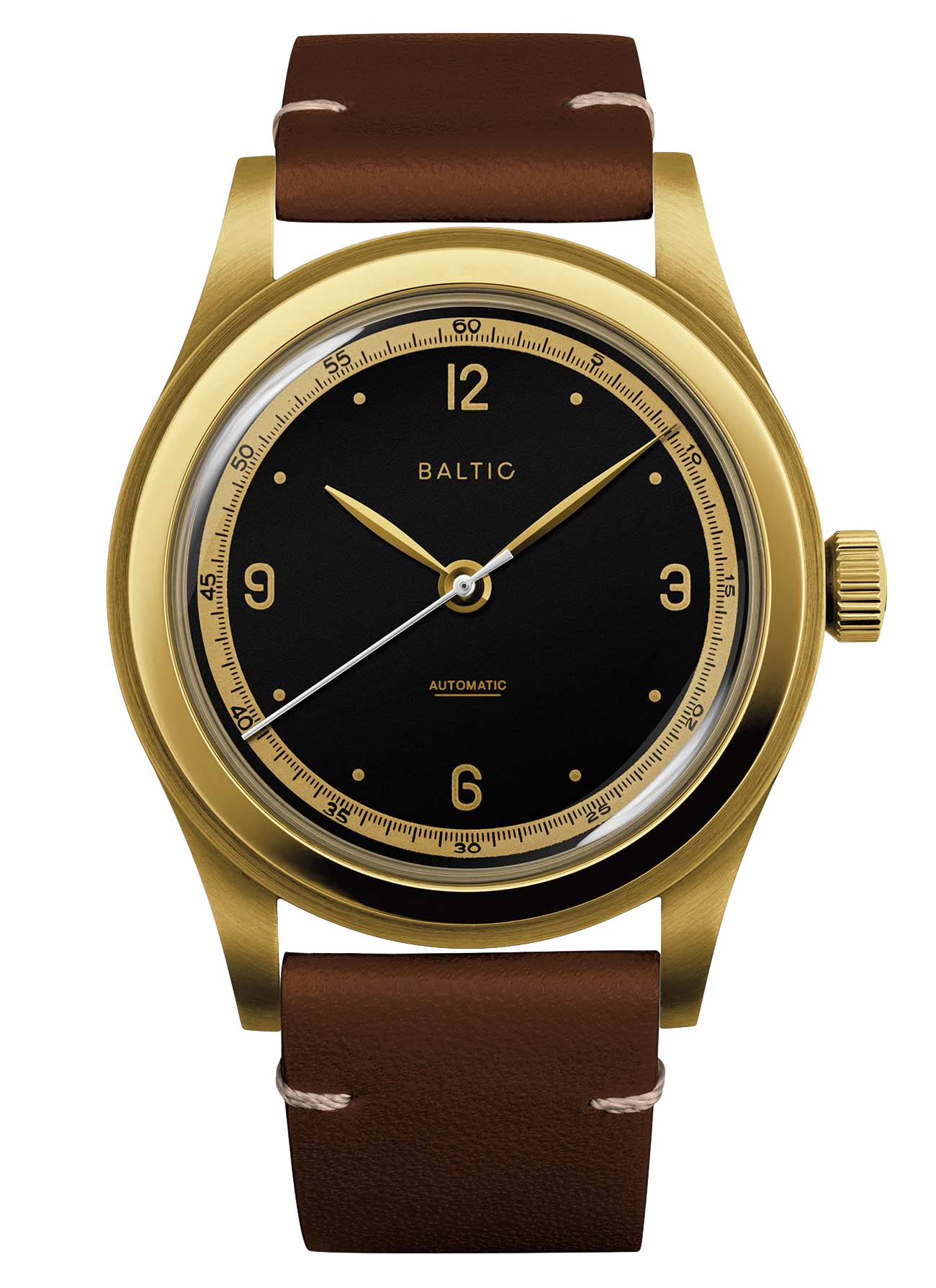 The first watch from the French-based outfit, the Baltic HMS 001 is a vintage-inspired time-only watch with a velvet-like black dial. Contrasted nicely is the eye-catching gold case, hands and dial markings, which elevate the feeling of this classic design. The Baltic HMS 001 is €332.50 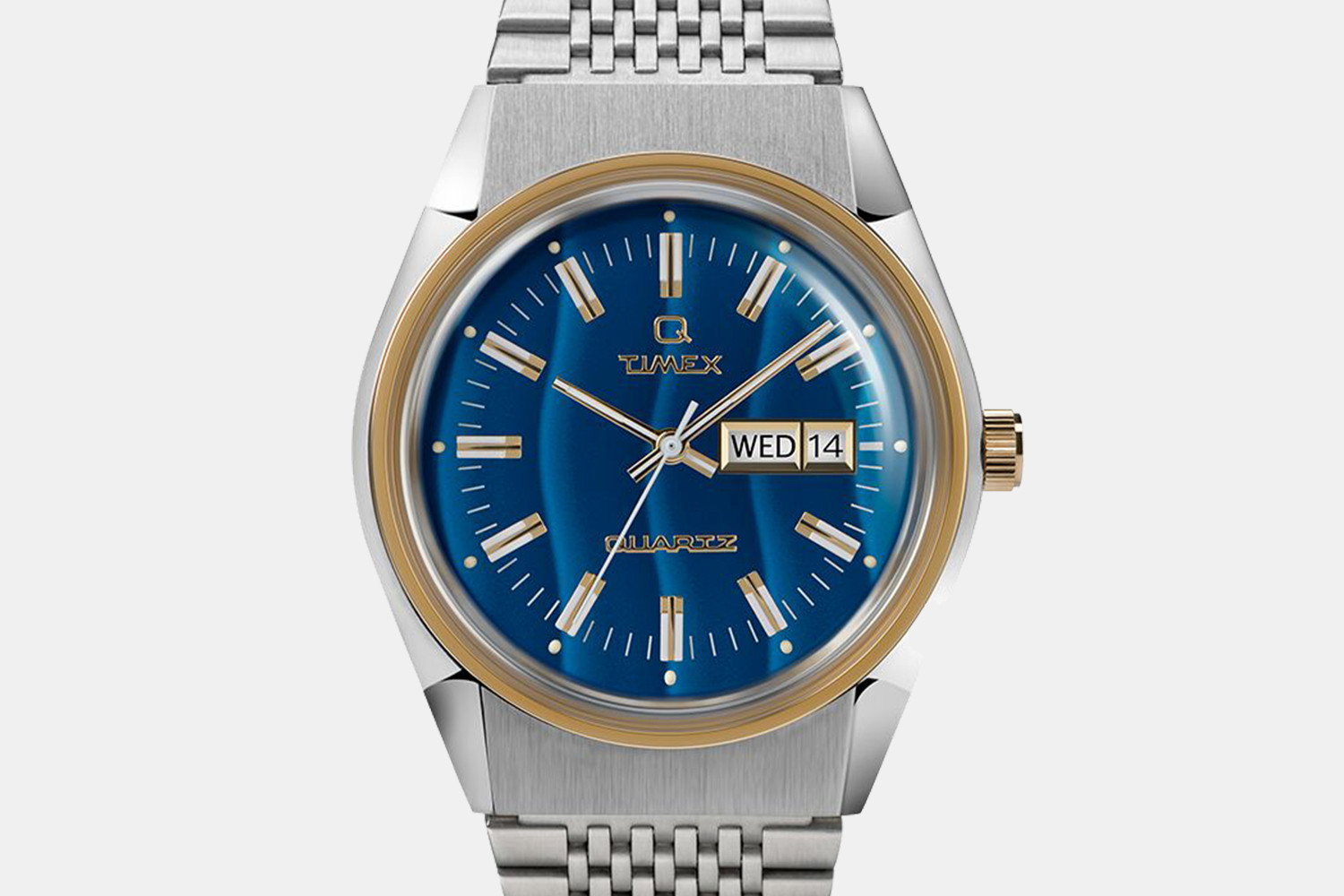 Timex have been kicking goals with their swag of reissues based on their rich archive of designs. While the Timex M79 with Batman bezel attracted significant attention, the Falcon Eye somehow slipped under the radar. The electric blue dial is attractive, and plays very well with the gold-tone bezel and steel case. The Q Timex Reissue Falcon Eye 38mm is USD$179 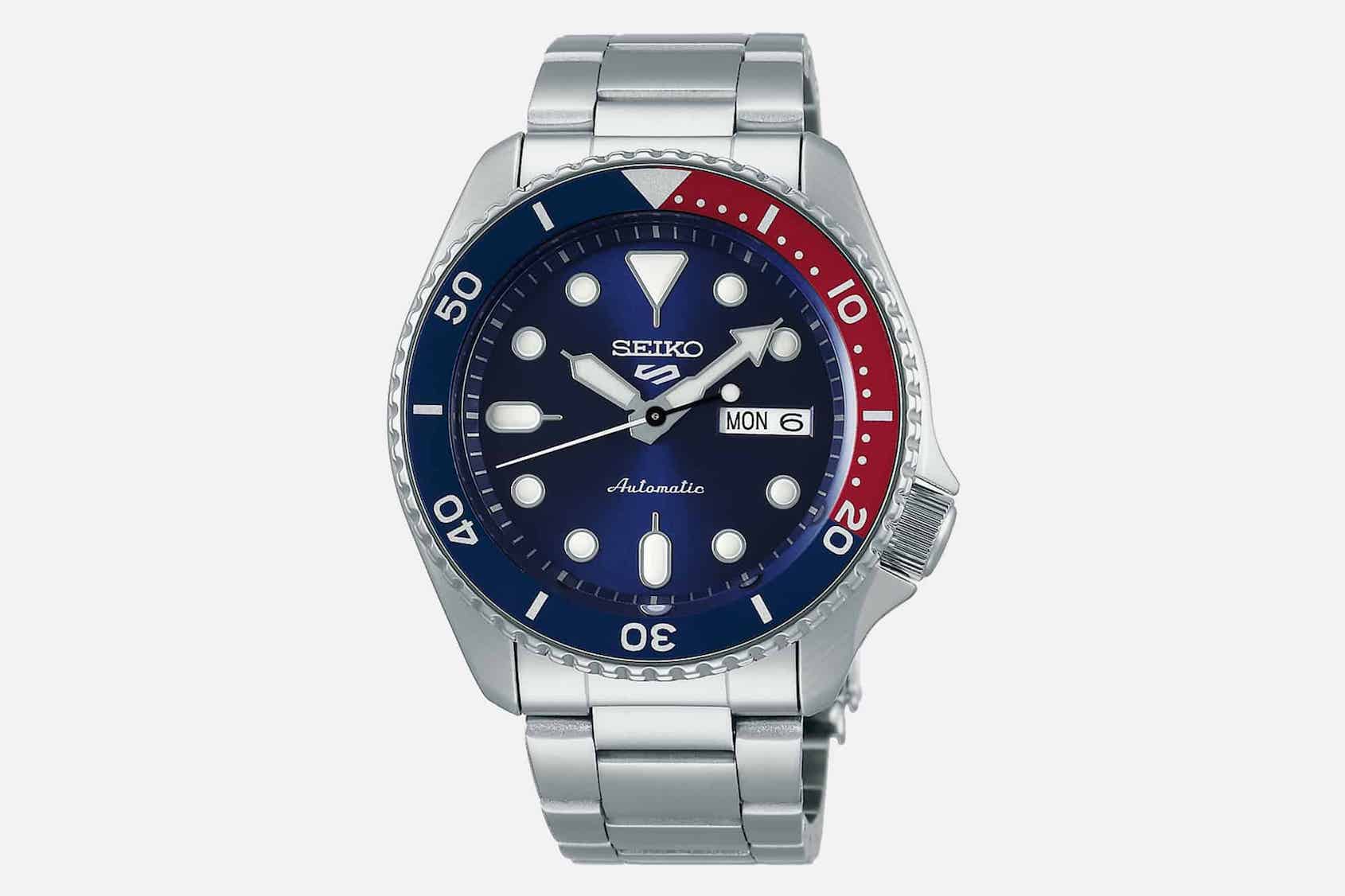 The reinvigoration of the Seiko 5 collection last year was an exciting announcement for watch collectors around the world, because almost all watch collectors started out with a Seiko 5. The SRPD53K1 offers a taste of that refreshing Pepsi flavour that we all know and love. The Seiko 5 Sports SRPD53K1 is AUD$499 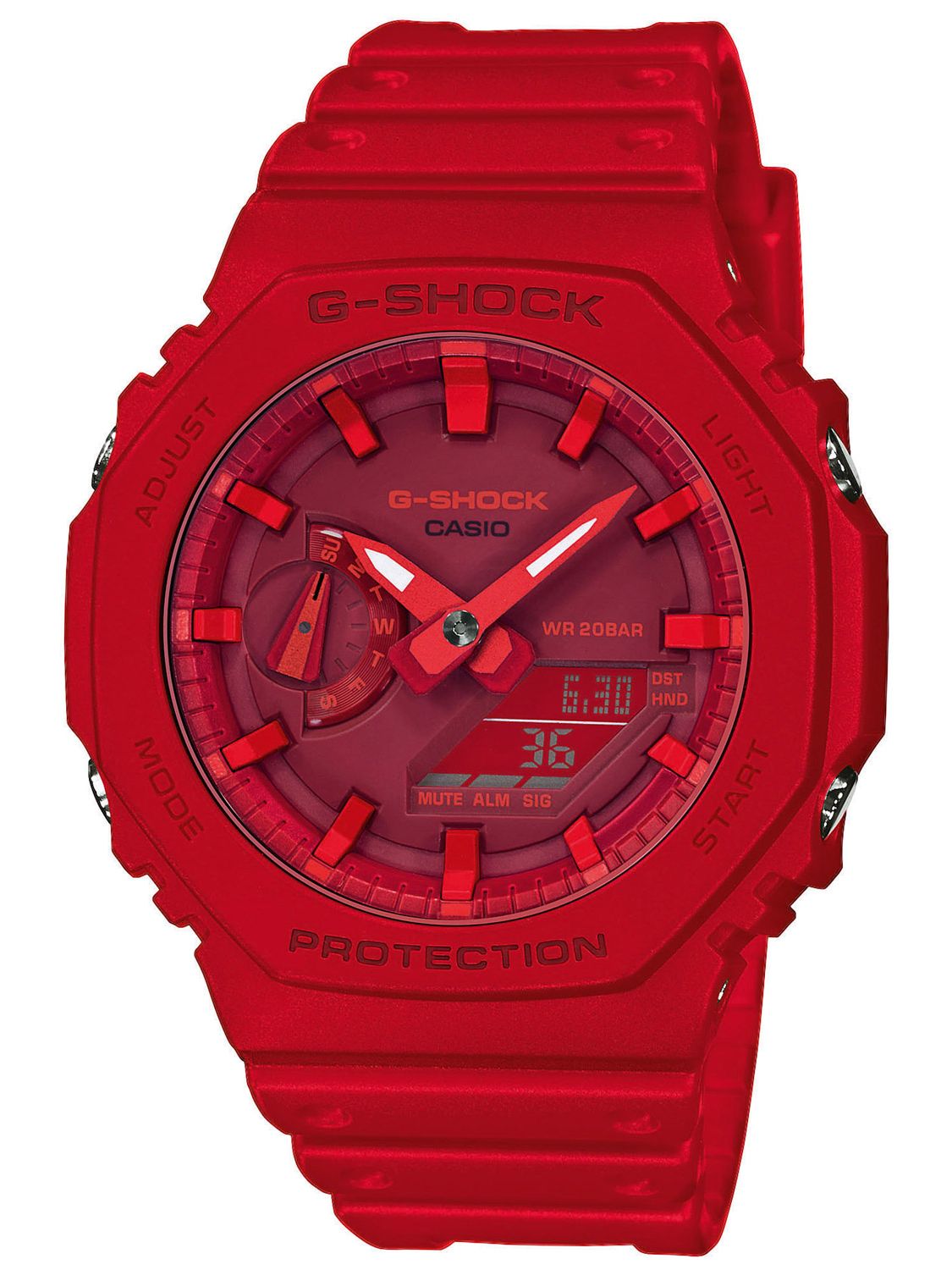 Known in watch-collecting circles as “the CasiOak” (Google it if you don’t believe me) as a result of its octagonal likeness to the Audemars Piguet Royal Oak, this is legitimately a hot watch. It offers the usual G-Shock comfort on the wrist with the classic resin strap, but is extra comfortable thanks to it being the thinnest G-Shock ever, measuring in at just 11.8mm tall. The Casio G-Shock GA2100-1A is AUD$249 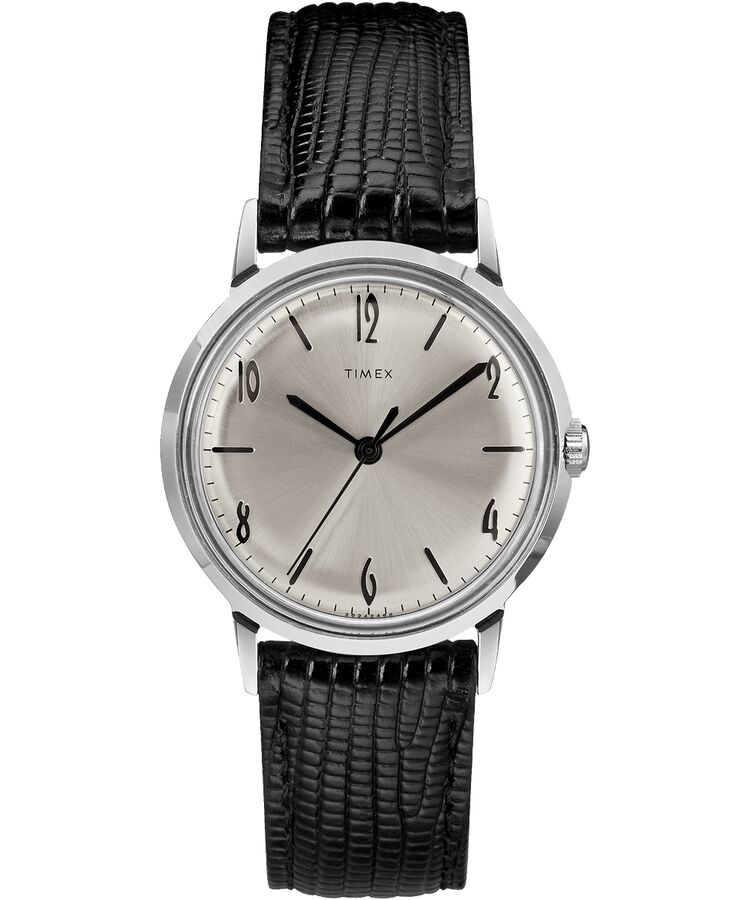 While 34mm might be slight in contemporary contexts, it is wonderfully faithful to the original Timex Marlin from the 1960s, when men’s watches were much smaller. The silver starburst dial looks sensational under direct sunlight, and the exaggerated numerals are another reminder of the lost designs of yesteryear. The Timex Marlin Hand-Wound 34mm is USD$199 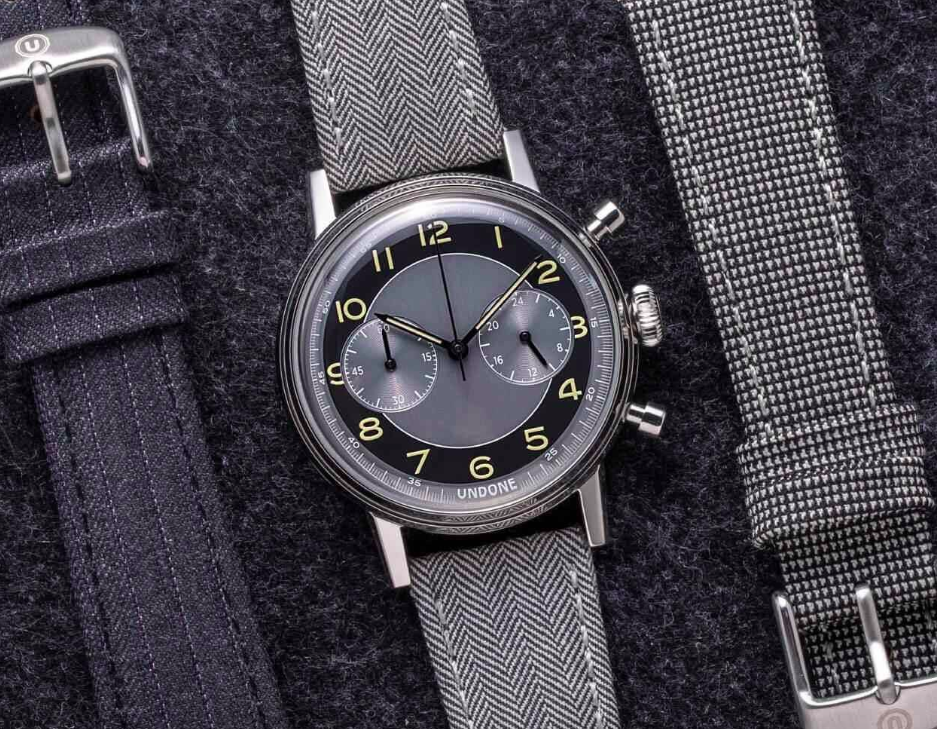 Undone have been making affordable watches for a number of years now, and are only getting more creative with their options for customisation and variety. The Vintage Tuxedo Herringbone is a very cleanly designed dual register chronograph with bold Arabic numerals and, most interestingly, a strap made with fabric from the Italian fashion icon Ermenegildo Zegna. The Undone Vintage Tuxedo Herringbone is USD$269 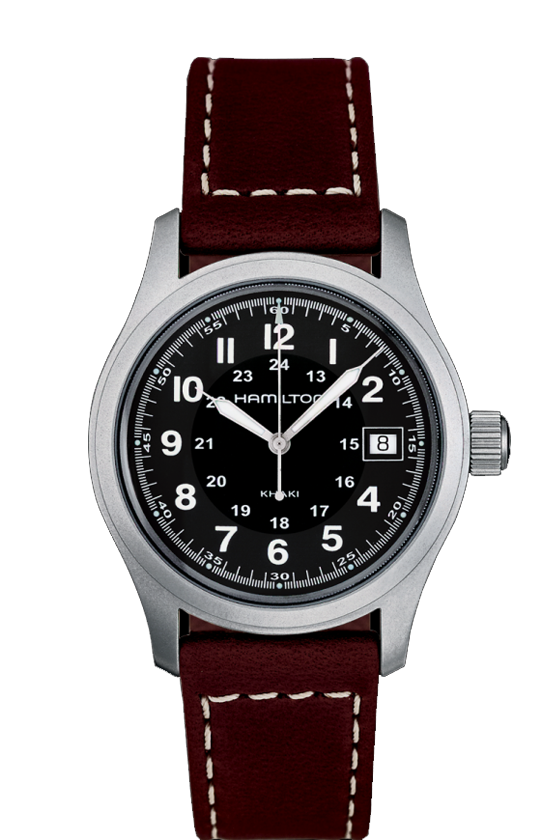 This watch represents one of the better field watches on the market, with a range of both quartz and mechanical options available. At 38mm, it reminds us that its design was not born in this century and was made for the militaries of the past, but is now revitalised as a cleanly designed everyday watch. The Hamilton Khaki Field Quartz is CHF380 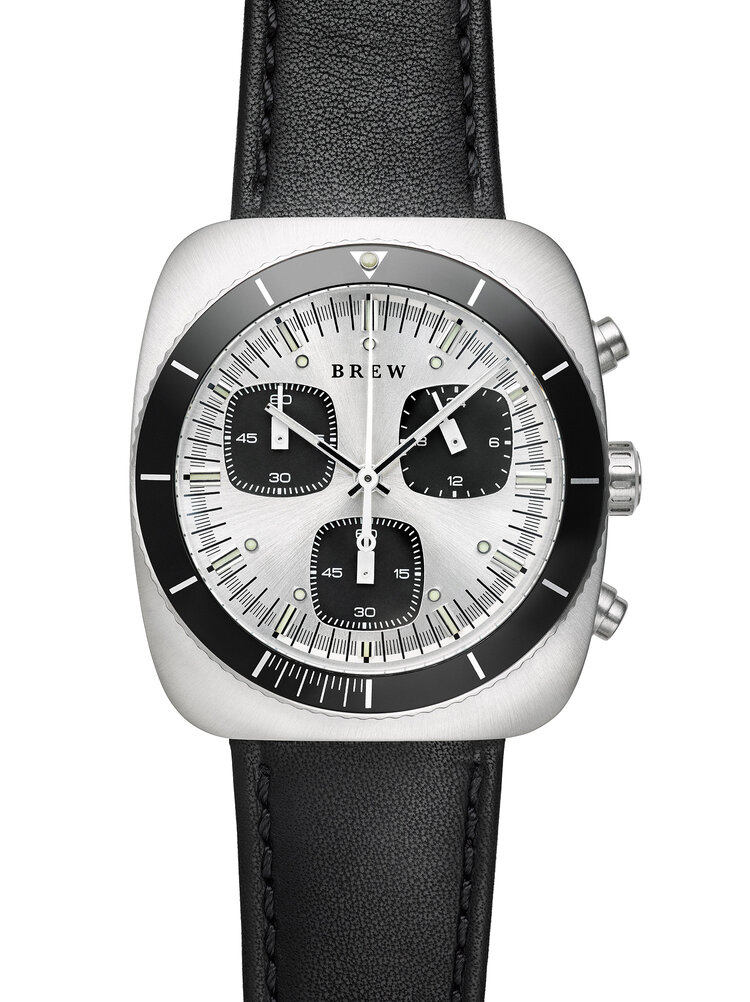 Brew Watch Co. are an American-based brand founded by industrial designer Jonathan Ferrer, who hails from a family who designed for the likes of Cartier and Tiffany & Co. The design credentials are immediately obvious, with a bold cushion-shaped case and matching sub-dials that contrast against the brushed silver dial. It’s funky, but restrained in all the right ways. The Brew Watch Co. Mastergraph Steel is USD$375 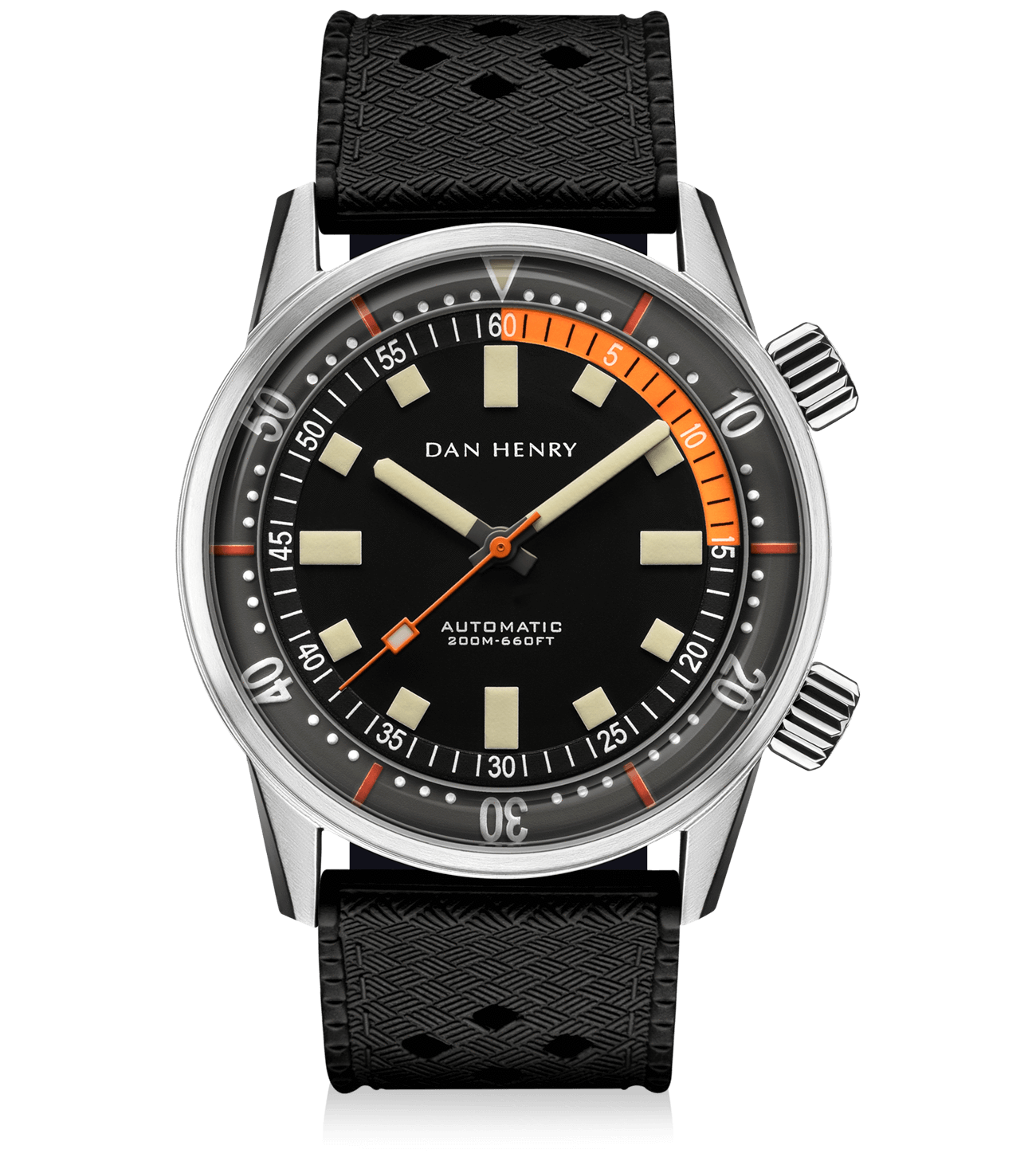 To find a good-looking, automatic watch that also boasts 200m of water resistance is a very hard thing to do, which is why this 1970 Automatic Diver is one of the best watches under $500. Trust me. But Dan Henry has nailed in, taking inspiration from the super compressor-style waterproof watch cases that were popular from the late 1950s to the 1970s. The pop of orange is the cherry on top. The Dan Henry 1970 Automatic Diver is USD$290 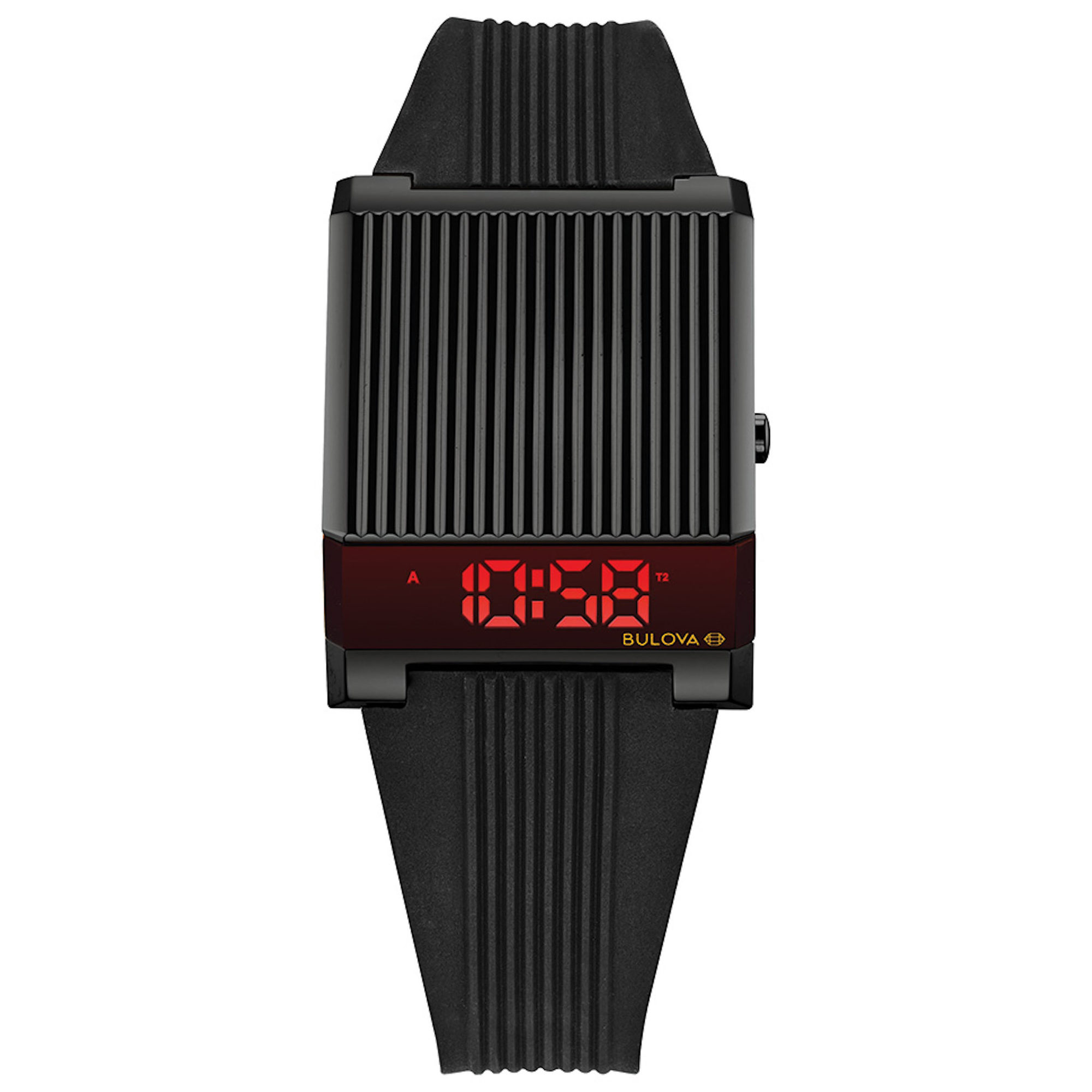 This watch was without doubt one of the coolest that was released in 2019, announced with a gold-tone variant with red LED display and a steel variant with blue LED display. The time is lit up by pressing the button on the side of the case, taking you straight back to the late ’70s when Bulova were one of the industry leaders in electronic watches and quartz watches. Simply put, it is a hugely refreshing take on the recent vintage watch craze. The Bulova 98C135 Men’s Computron is USD$295 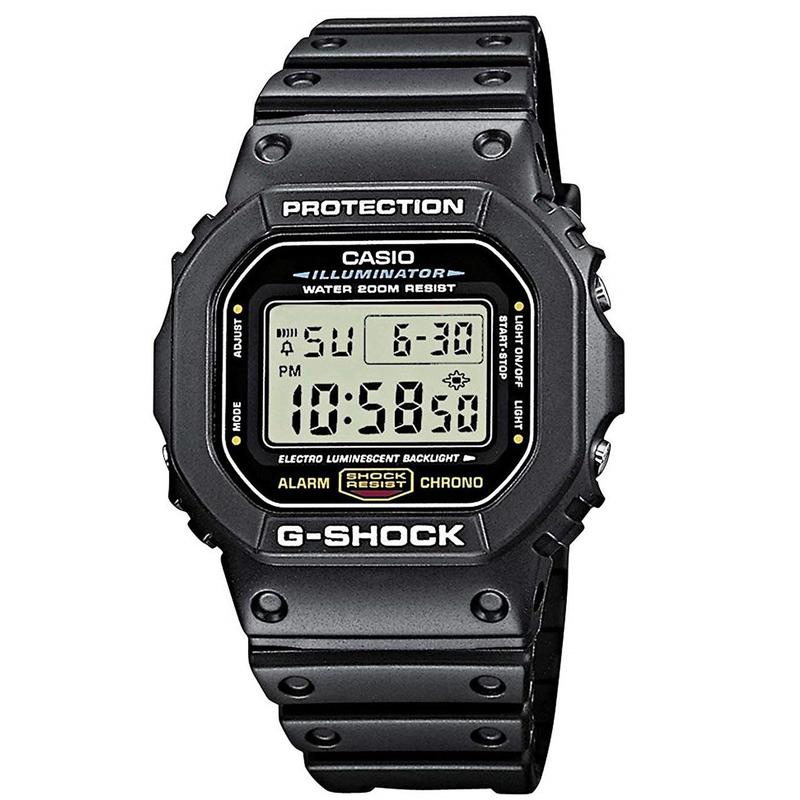 Of all the watches in this list, this is one of the most affordable, recognisable and robust. This is the quintessential G-Shock, designed to survive rooftop falls, offering 200m of water resistance, and it will never miss a beat while doing it. Everyone needs one of these in their collection. The Casio G-Shock DW5600-1 is AUD$189 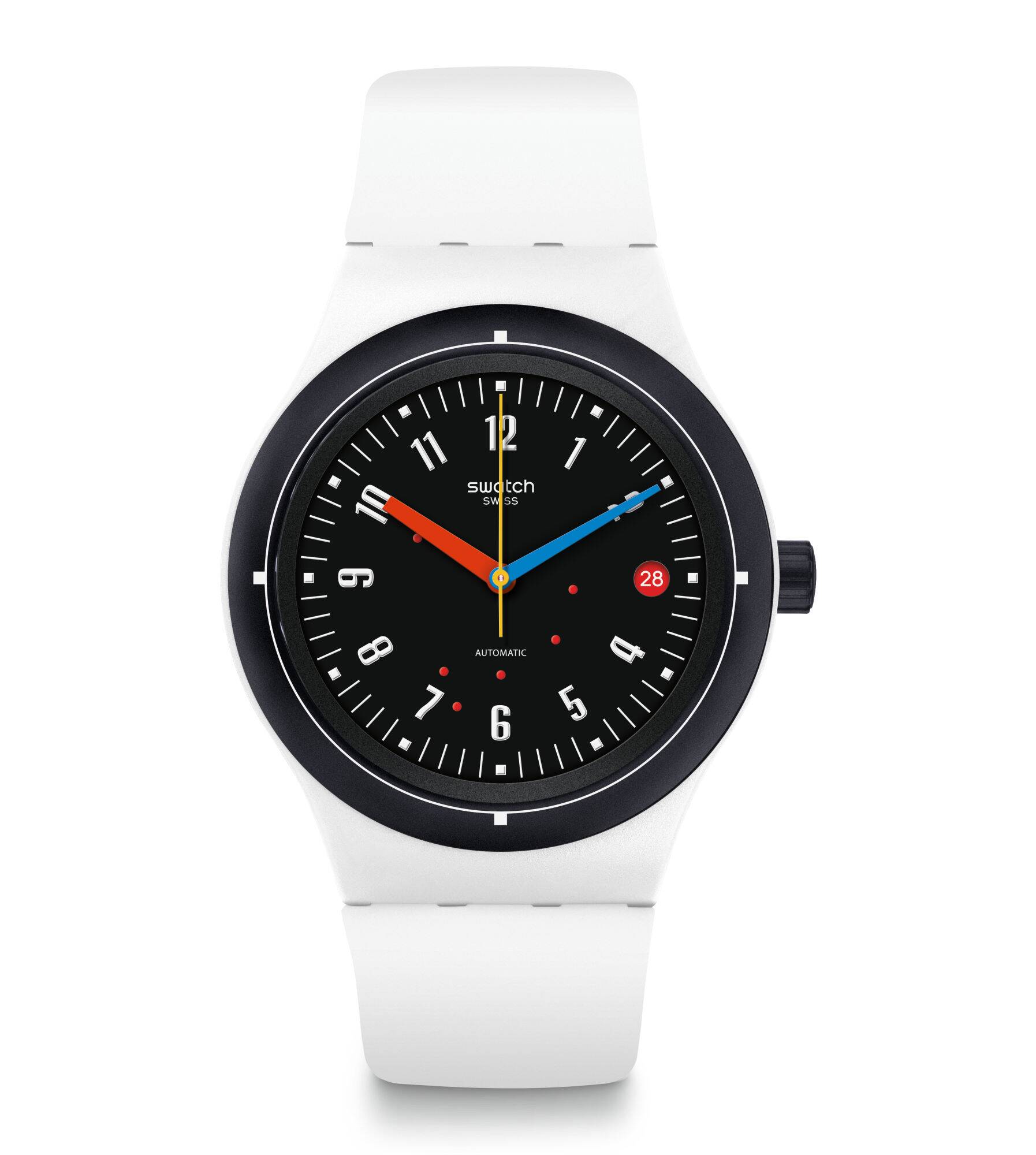 Released in 2019, the Bau Swatch Collection was inspired by the revolutionary Bauhaus design movement, and was produced to celebrate 100 years since its inception. This piece is powered by the automatic Sistem 51 movement, and offers a striking high-contrast impression on the wrist. The Swatch Sistem Bau is AUD$210 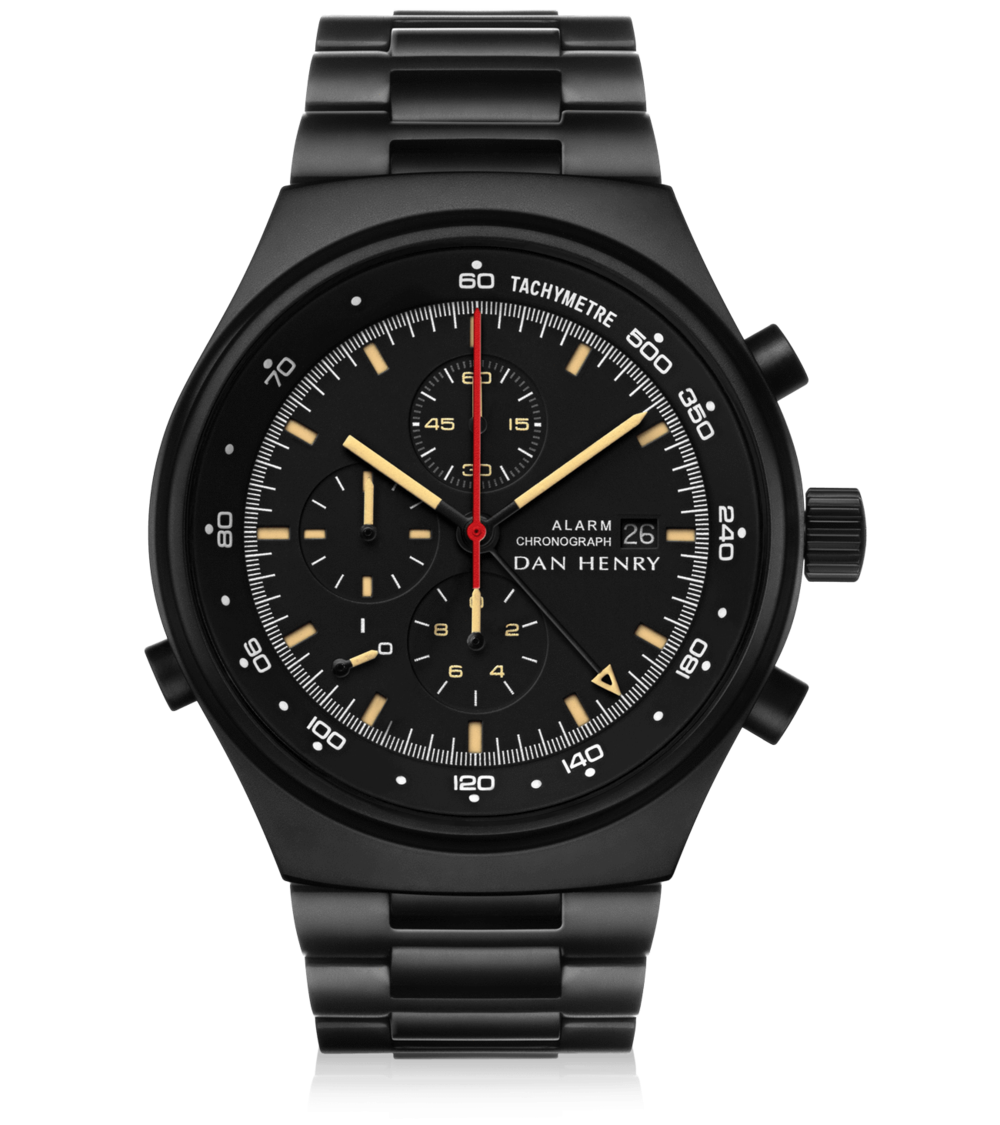 This watch has everything you need, and looks great doing it. It has a chronograph and date function, but the coolest feature is the alarm function. Available with a murdered out PVD-coated case and bracelet, it’s a stealth bomber on the wrist. The Dan Henry 1972 Top Gun Chronograph is USD$350