Last week we had a look at the ‘regular’ version of Cartier’s updated Santos, and today the less-is-more Skeleton is under our lens. To be specific, we’re talking about the large steel model (though there’s a pink gold version as well), which comes on the QuickSwitch and SmartLink equipped steel bracelet, replete with those prominent screws — you also get an additional alligator strap, allowing you to change your look should the fancy take you. So far, so standard for the new Santos. But what’s special here is the dial, or lack thereof, as you would expect. The manually wound 9611MC movement has been designed from the ground up as a skeleton movement, a process that means the architecture has been designed for maximum visual impact — the bridges have taken the form of Cartier’s iconic exploding Roman numerals; a pleasing blend of negative space and mechanics. And while the stripped-back style of the skeletonised Santos might not be to all tastes, it’s an important skill in Cartier’s history, and there’s no faulting the execution here. 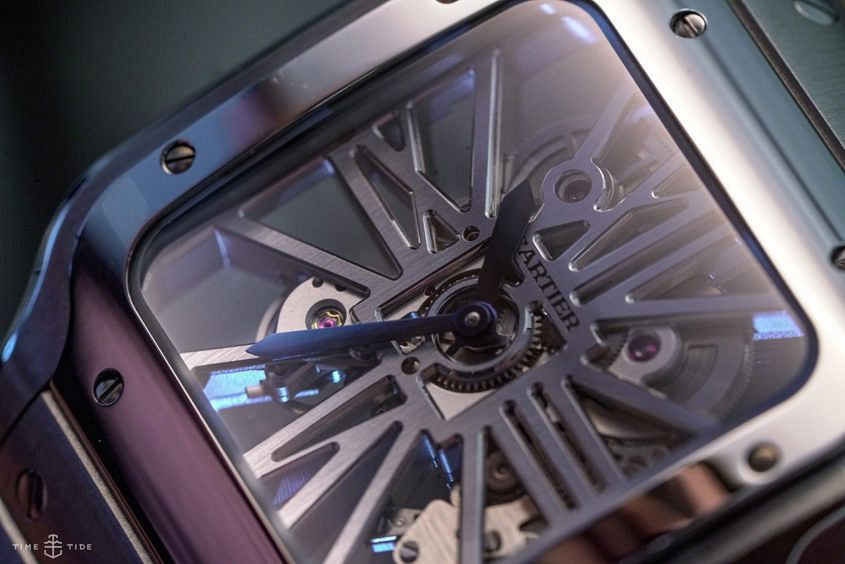