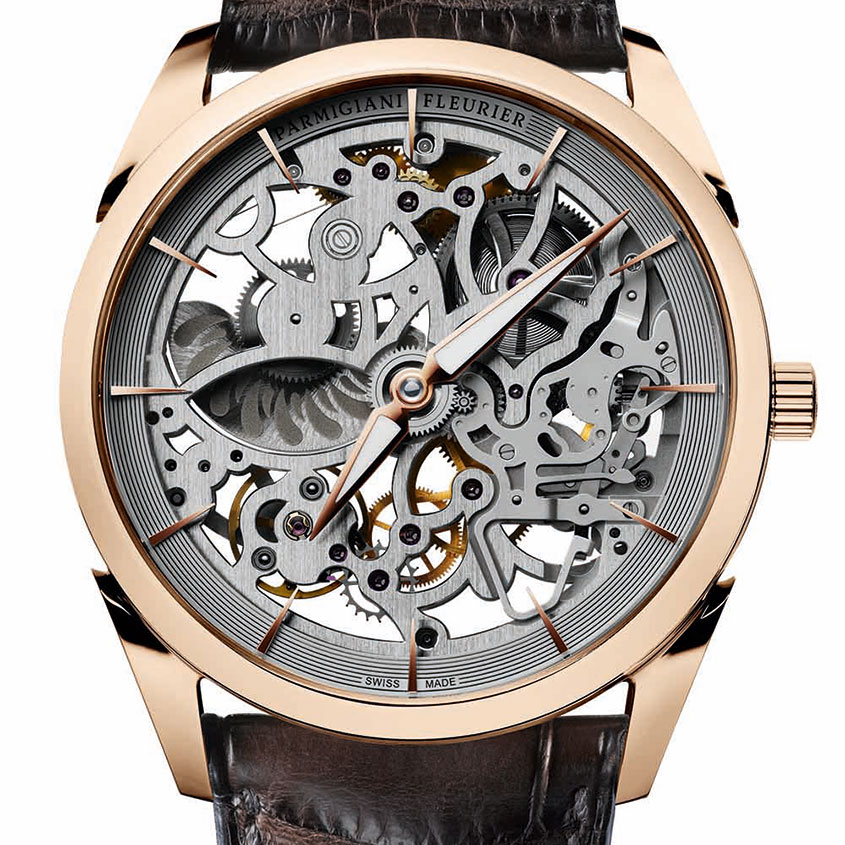 Continuing the skeletonisation trend that’s going to be one of the big take home messages of SIHH 2015, independent manufacture Parmigiani Fleurier have announced that their flagship Tonda 1950 (incidentally our favourite of their line up) will be getting the skeleton treatment, with the new Tonda 1950 Squelette.

But in a nice twist on the usual skeleton watch narrative, Parmigiani haven’t gotten rid of the dial in favour of the elaborate movement finishing, rather they’ve opted to expose the completely hand finished open work movement behind a sapphire dial, with only an outer ring of metal and rhodium plated indices to obstruct the view. 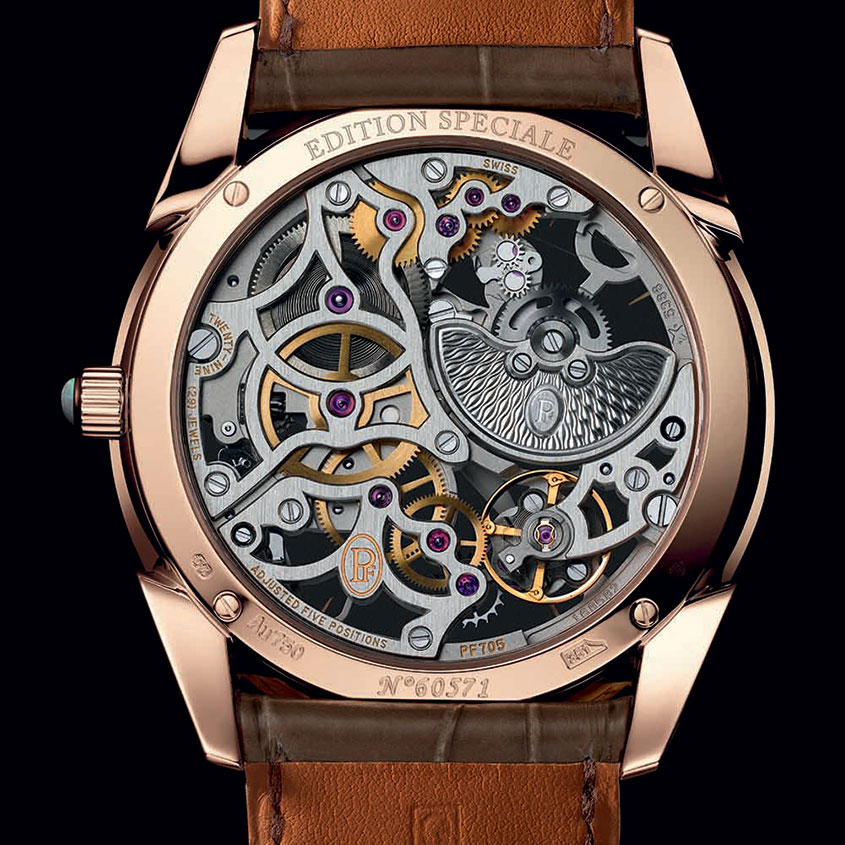 And the view itself is pretty impressive. The PF705 is one of the thinnest automatic movements on the market at the moment, coming in at 2.6mm thick (only Piaget have a thinner one). Parmigiani have been able to achieve this thinness largely thanks to the platinum micro-rotor which is now nicely visible from the dial side. To remove so much of the bulk and still retain the structural integrity of the movement is an impressive feat, and the final result is an already attractive case that excellently showcases the very attractive movement. 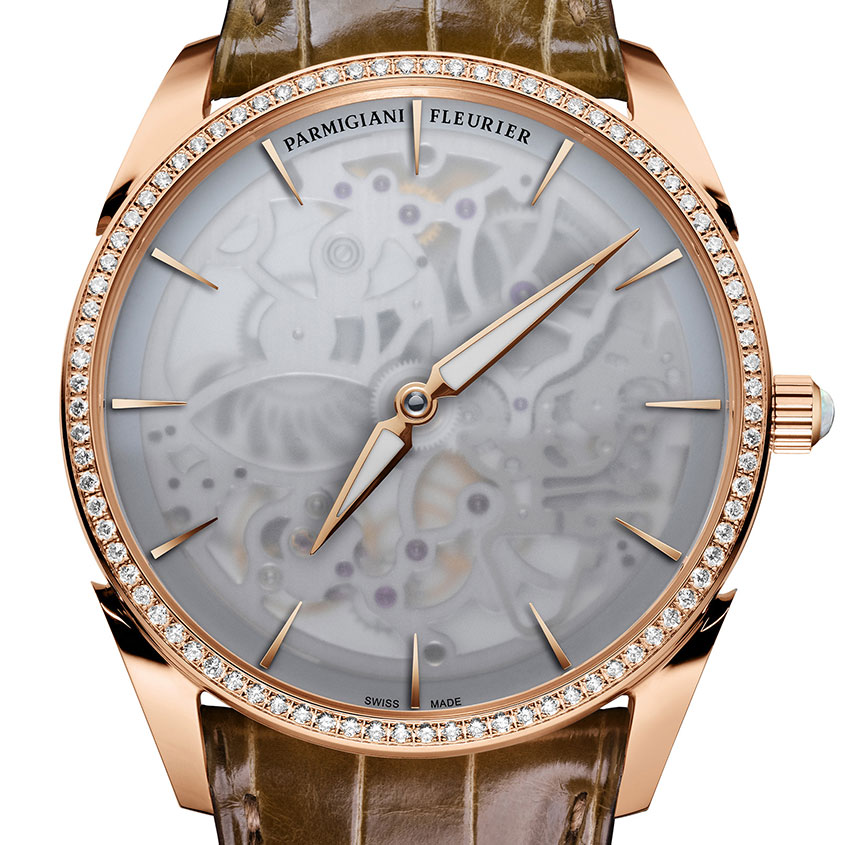 But that’s not all! Parmigiani Fleurier are a brand with strong ladies collections, and that is still the case with the ladies version of the Tonda 1950 Squellete – which is essentially the same as the gents version, but with obligatory diamond bezel and, interestingly a sapphire dial which has been finished to give it a frosted look, revealing the movement, but in a subtle and almost reserved manner. Quite a pleasing look, and good on Parmigiani for making the mens and womens watches the same size at a perfect 39mm.