Our favourite Micro Mondays from 2022: Part 2

We’ve already counted down our top 5  from our Micro-Mondays series in 2022, but the independent goodness just keeps on coming. Each passing year sees these nimble microbrands continuing to innovate where larger companies can’t, driving trends and keeping prices attainable. If someone is looking to get into the watch hobby without spending a heap of money, their options have grown exponentially. Let’s take another dive into the year’s releases to see which ones stand out amongst out favourite Micro Mondays from 2022. 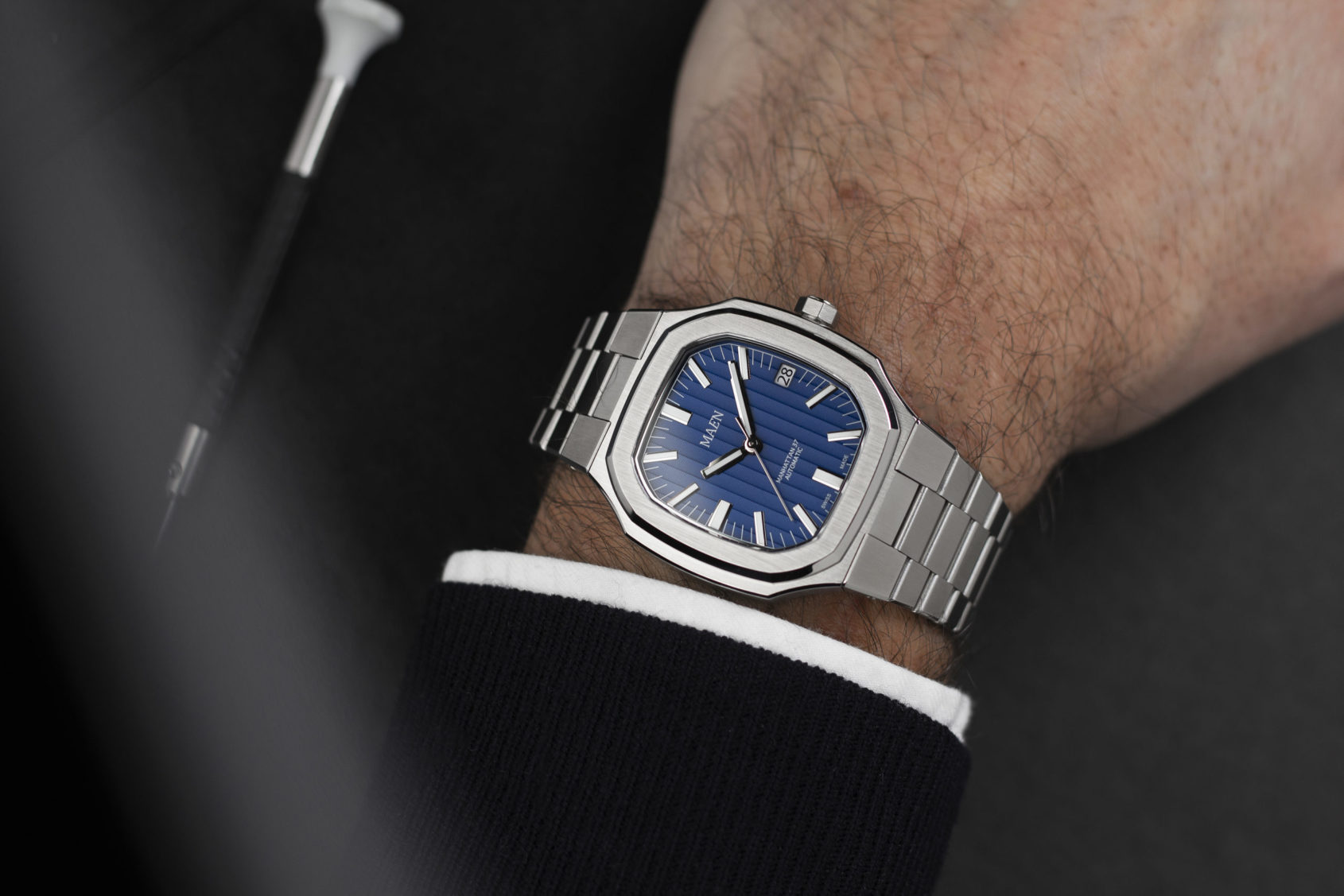 Maen already featured in the first part of this list with their Hudson 38 GMT, however the Manhattan 37 is intoxicating in a completely different way. Between the squared-off profile and the vertical patterning on the dial, the Maen Manhattan skilfully evokes the stoic structure of the city after which it’s named. At the same time, it deftly navigates the integrated bracelet, blue-dialled sports watch trend without feeling too derivative. The 37mm case is a slender 9.3mm tall and wears neither too large or too small thanks to the integrated bracelet, giving it an effective lug-to-lug of 47mm. If you’re not into the blue dial, you can also opt for a black, silver or copper version. 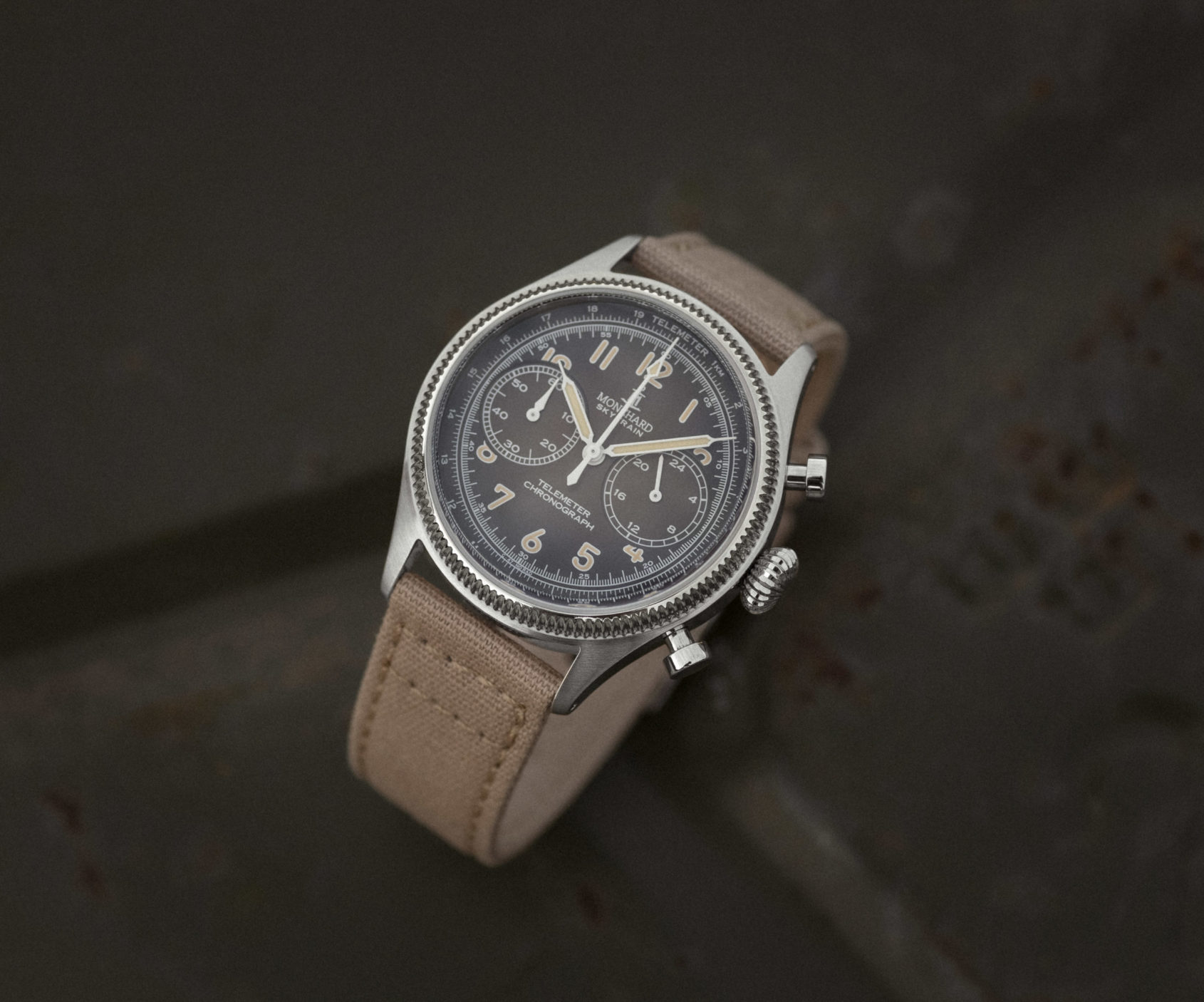 I’ve always thought that the best vintage-style watches are the ones which commit 100% to their style, and the Monchard Skytrain Telemeter Chronograph doesn’t pull a single punch when it comes to pure sepia tones. Even though you’ll never find a genuine vintage watch with such a perfect gradient on the dial, there’s something about a fumé finish that just throws your mind back in time like a film vignette. Styled after a pilot’s chronograph from the 1930s or ’40s, the Skytrain’s coin-edge bezel, onion crown and 39mm diameter are just some of the details which give the watch its perfect vibe. The faux-tina of the lume has been done well too, leaving the white printed details looking even more crisp and legible. The telemeter scale around the dial’s perimeter replaces the more common tachymeter, using the speed of sound to determine the distance of (hopefully) far-off explosions. 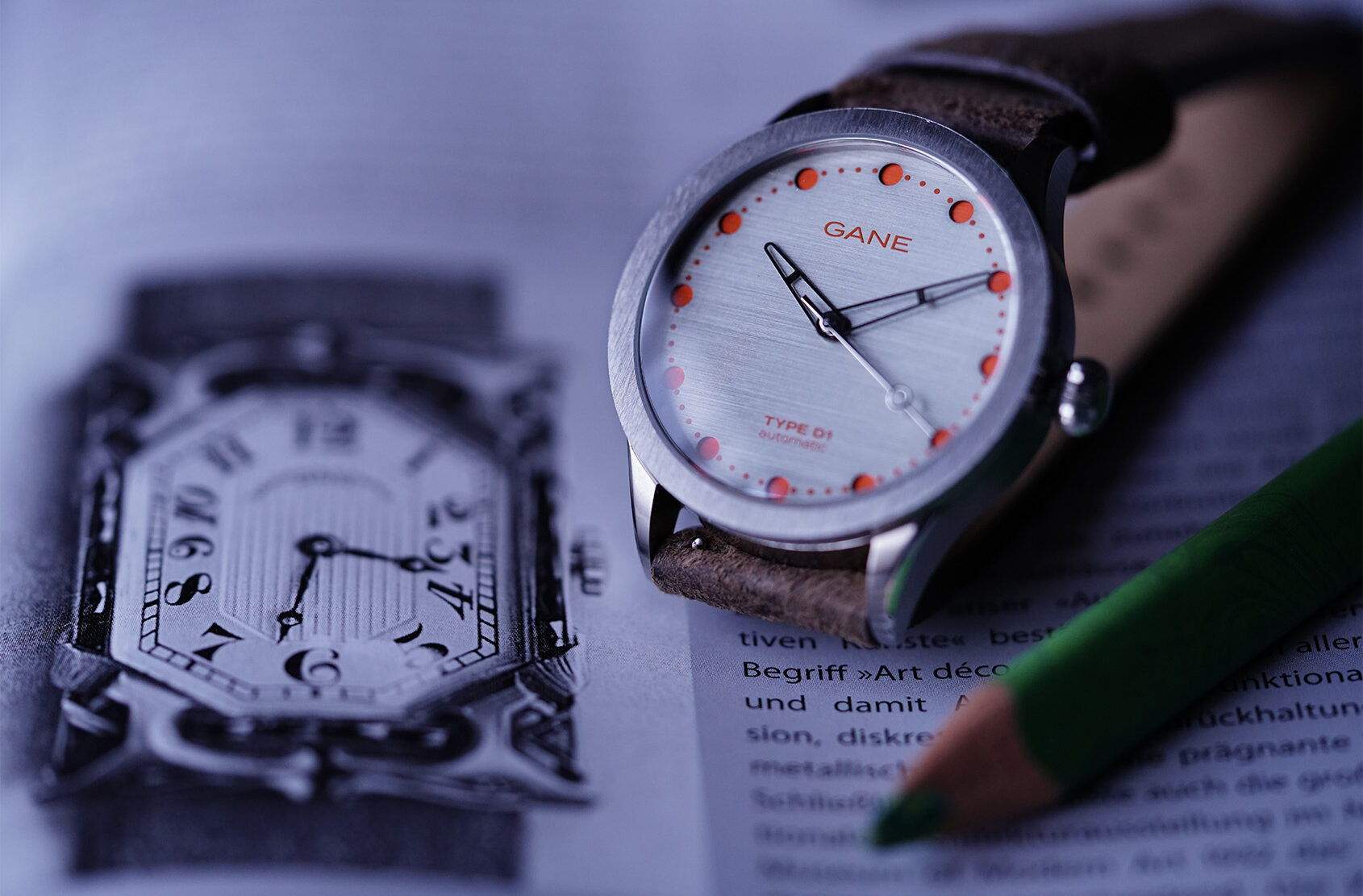 With inspiration drawn from wall clocks, Japan, and Malaysia, GANE’s second release takes an ornamental approach to the wristwatch, with a thick, flat bezel that acts as a frame for the linen-texture dial. A sandwich construction adds a good amount of depth to the circular hour markers, and three colour schemes represent different aspects of Malaysian culture and landscape. The most striking is the Ember with its charcoal-grey dial and red markers, symbolising the festival tradition of fire-walking. Next is a lighter grey and near-black to represent the limestone caves common in Malaysia’s Northern mountains, and third uses blue and grey to evoke the twilight hours of the Cameron Highlands. Powered by the premium-grade Miyota 90S5, the GANE Type D is a great choice for anyone wanting something a little bit different. 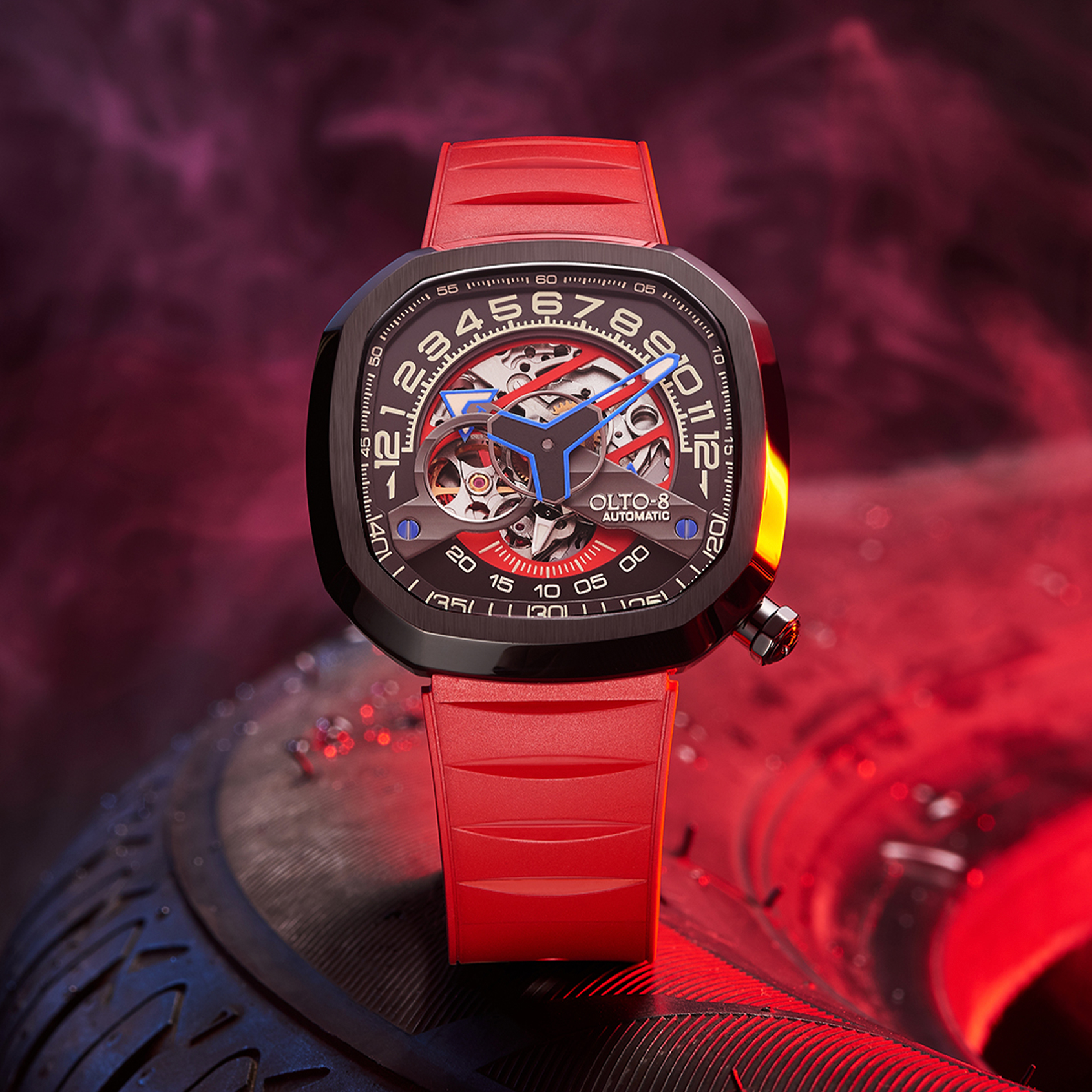 It’s not often that we can find watches that are truly crazy yet still built with a good degree of quality and thoughtfulness, without spending multiple tens if not hundreds of thousands on a haute machine. The Olto-8 Infinity II brings loud and bombastic character to the masses with a variety of intense colour and high-octane looks. Available in four case colours across DLC or Cerakote coatings, the 44mm blocky case is a trippy block on the wrist that doesn’t shy away from anything. A faux-retrograde hour and seconds section makes the Infinity II seem much more high-tech than it really is, making good use of the Miyota 82S5 which powers it. The industrial sci-fi look is emphasised with dial skeletonisation, an open heart, and a vented automatic winding rotor visible from the sapphire window.

Although the T-2077 by Polish watch brand Błonie isn’t personally something I’d typically go for, I had to choose this as one of my favourite Micro-Mondays for the year as I’ll never forget the day I first saw it. Walking into the office one day, ready for a celebratory lunch, Andrew was fiddling around with the papers and muttering about Cyberpunk before the cameras started rolling. I had no idea it was a filming day, but before I knew it I had a lapel mic fitted and became Time+Tide’s resident Cyberpunk expert. Hopefully you can’t see my panic in the video, but if you’re a fan of the video game or indeed the TTRPG then you should also greatly enjoy the retro-futuristic flair of the T-2077 in titanium and yellow LEDs.