There’s no shortage of watches that divide opinion and create controversy, but such polarising views are by no means exclusive to the watch world. Polish video-game developers CD Projekt Red became somewhat infamous when their blockbuster RPG shooter Cyberpunk 2077 was delayed three times over a year, all in the spirit of making sure it would live up to its promise once released. Having first been announced in 2012, the hype was palpable come December 2020 when the final release date came around. But, instead of an expansive open-world RPG, customers wound up with a linear storyline and a game so full of bugs and glitches it was nearly unplayable.

All that considered, Cyberpunk 2077 did excel in a lot of areas. If you could play it on PC and had a bit of luck, the bugs didn’t always show up, and the storyline that it did offer was full of thrills, heart and intoxicating visuals. Błonie Watches, a small brand from Poland, have teamed up with CD Projekt Red to create a watch that represents everything that went right with Cyberpunk 2077.

Firstly, it’s a little surprising that Błonie got the nod for creating this watch. With the game’s budget being over $300,000,000 and the fact that it sold over 13 million copies in its first year, there was significant revenue potential for a much bigger brand to take interest. Hamilton could have been an obvious choice, especially considering their ties with the game’s lead character played by Keanu Reeves. That said, it’s nice to see two Polish companies sticking together and giving Błonie a significant global platform to advertise. 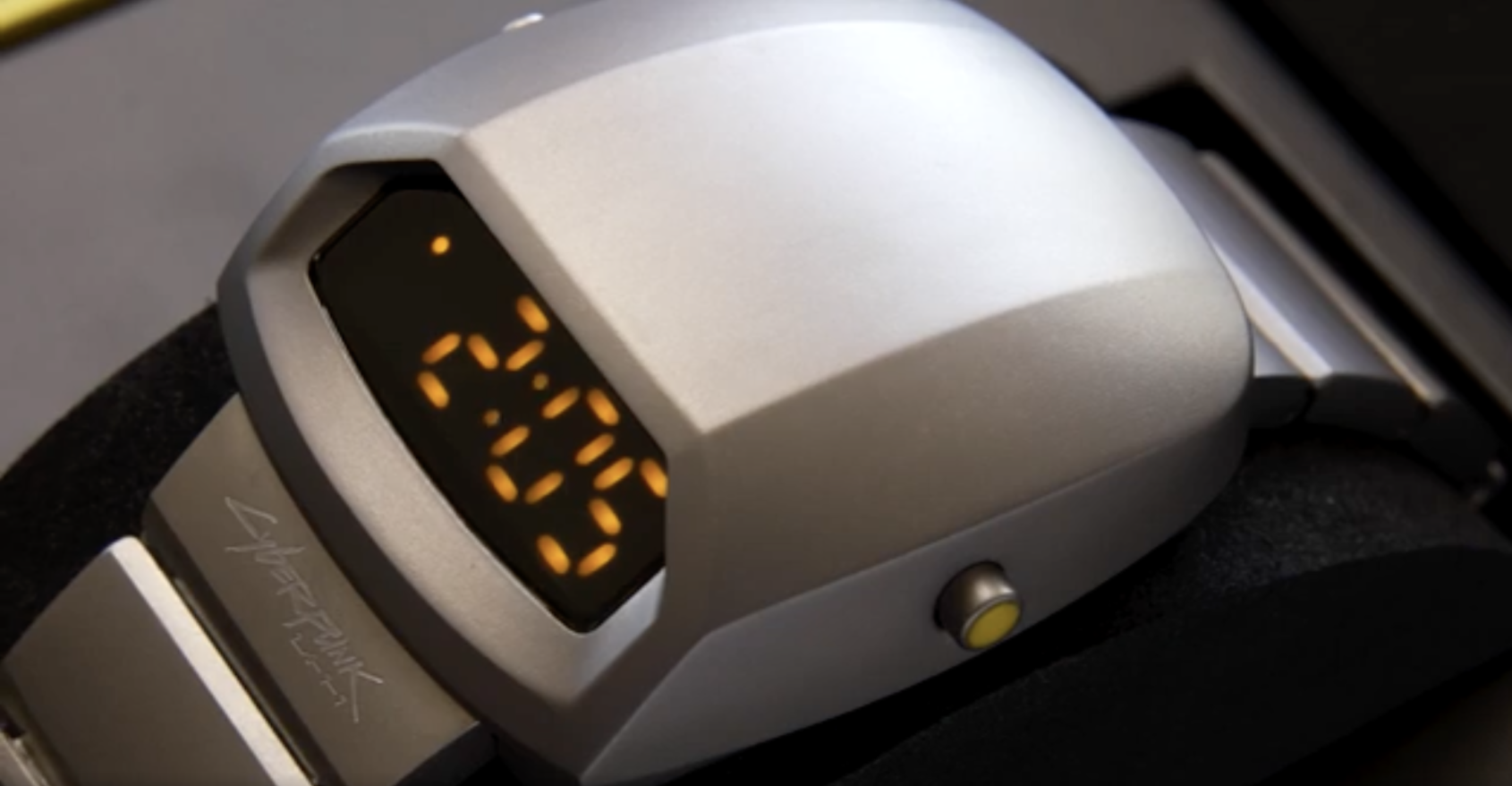 The watch itself is suitably retro-futuristic, with a 1970s style LED display in the signature yellow colour of the game. The pure titanium case is entirely matte-finished and really fits in with the artificial hardware seen around the streets and population of Night City. The Cyberpunk logo can be seen etched into the first link of the integrated-style bracelet, at the flared opening of the case before it slopes back. Being digital and titanium it’s incredibly lightweight, although you have the option of swapping the strap over if you want something even lighter.

The Cyberpunk 2077 x Blonie T-2077 watch is a limited edition of 700 pieces and comes in a decorative box, while also including an NFT through the Arianne app. For £312.50, this watch should be a no-brainer for fans who have seen through the controversy and love the game for what it is.