The Grand Seiko brand and the Seiko Corporation have a lot to celebrate this year. Across Seiko brands, the collections have seen growth all around the globe with more and more people gaining respect and admiration for the Japanese manufacturer, even in the most inclement of market conditions. Last evening, at the global Seiko summit, we learned that the standout performers in 2020 were Grand Seiko and Prospex.

A major recent milestone is the 140th anniversary of Seiko, a celebration of the brand’s origins and all of the knowledge and artistry that has been developed and nurtured since. Seiko was a vertical manufacturer before it was cool, amassing a mastery of watch fabrication in practically every facet of timepiece development. We previously saw the introduction of the SBGW260 in rose gold to commemorate the 140th anniversary, but today the SLGH007 joins in on the festivities in honor of the milestone – with its platinum 9 series case, 9SA5 hi-beat dual impulse movement, and gorgeous new “Annual Growth Rings” (also known as “Tree Rings”) dial. 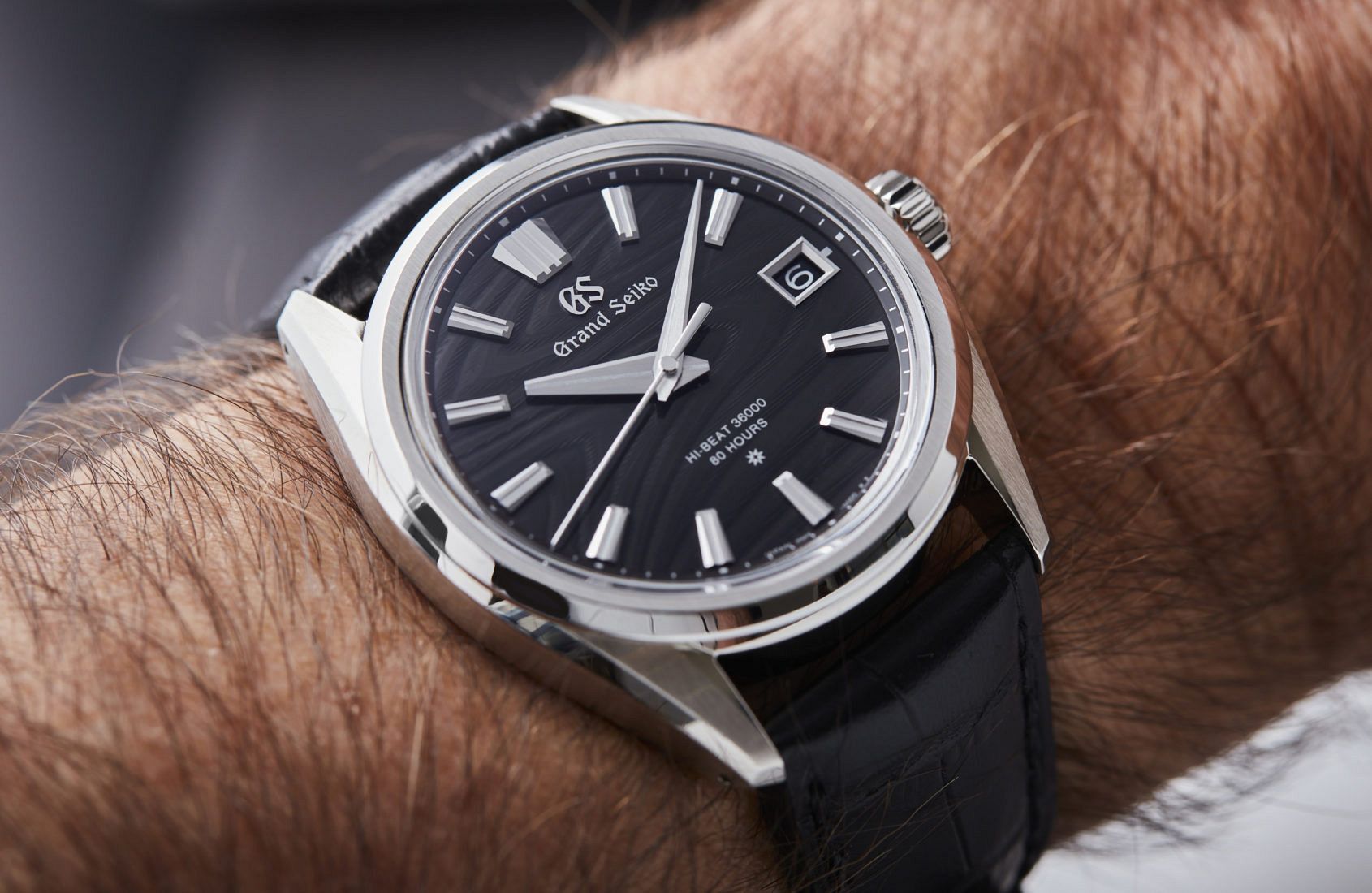 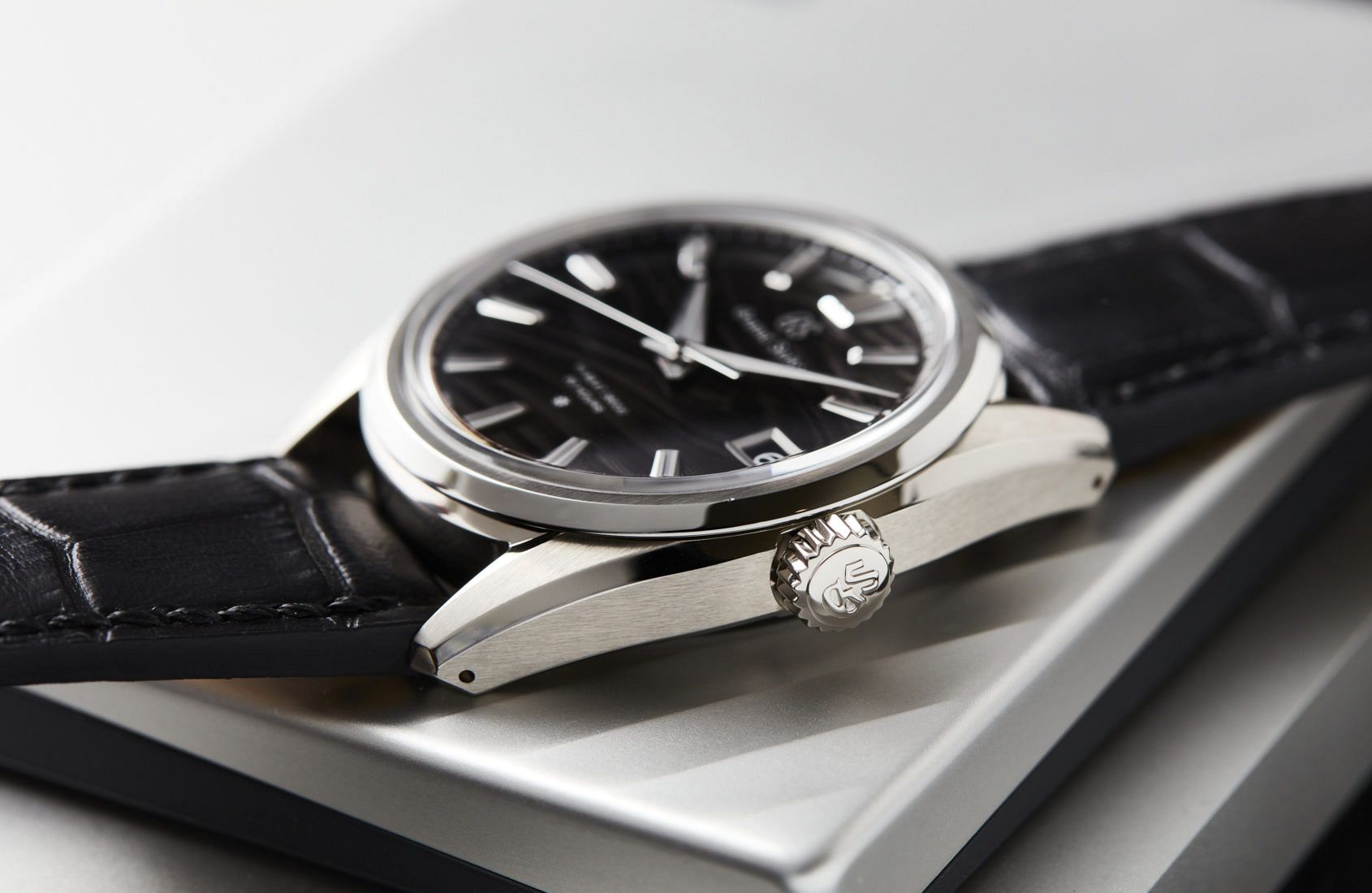 The 9 Series case is the latest rendition of Grand Seiko’s grammar of design, first embodied by the iconic 44GS from 1967. The platinum case is 40mm in diameter, 47mm lug-to-lug, and 11.7mm thick (including the added height from the box-shape sapphire, which adds over 1mm to the thickness). According to Grand Seiko, “Series 9 designer Kiyotaka Sakai decided to increase the amount of contrast in the case design, placing hairline [satin brush] finishing alongside zaratsu-polished surfaces (the 44GS, by contrast, generally features polished surfaces next to each other). This, in a sense, makes the watch sportier and ideal for everyday wear.” 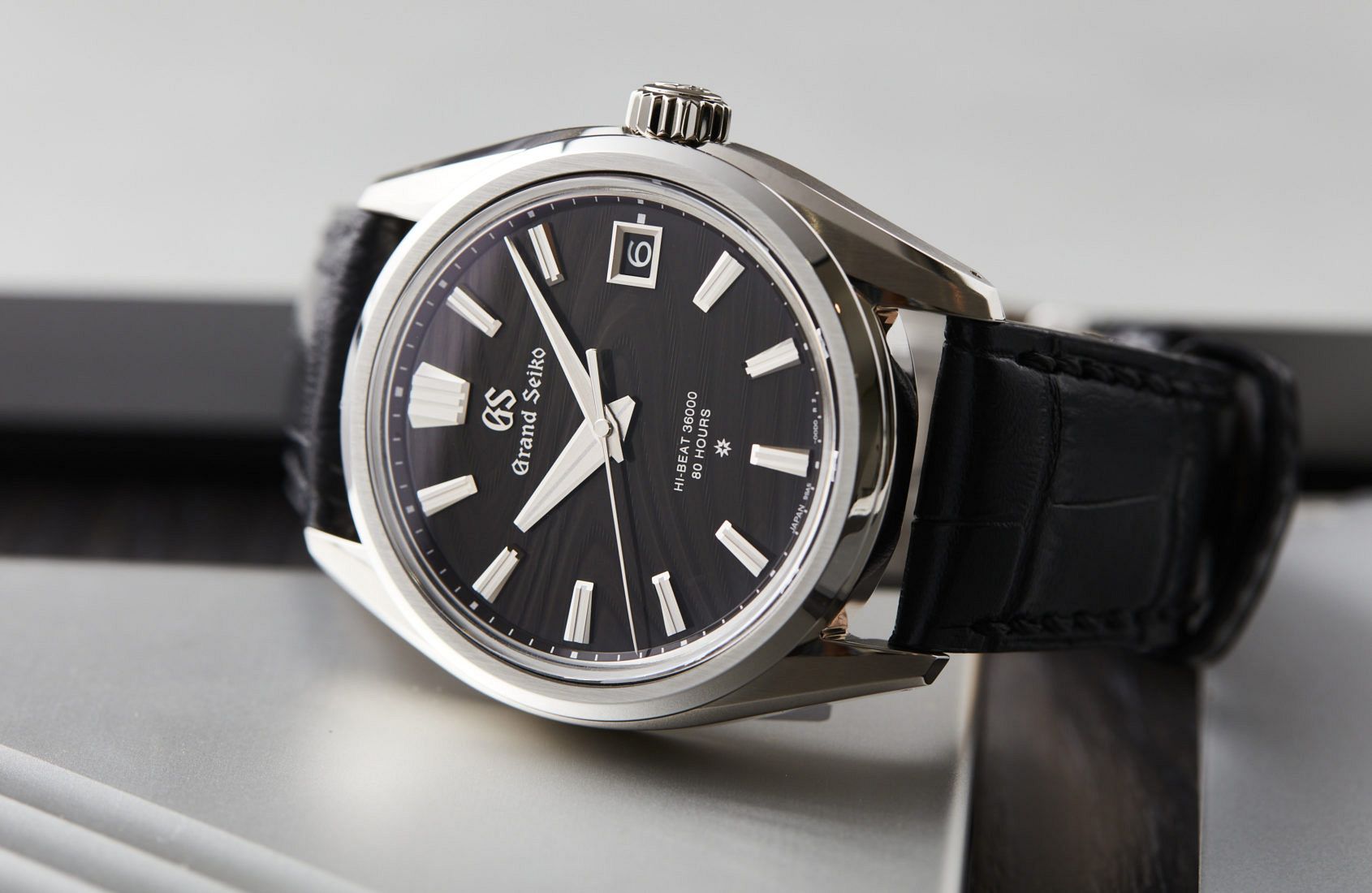 As an example of increased contrast, more often than not you will see a fully distortion free polished bezel on Grand Seiko references. But in the instance of the Series 9 case design, the bezel incorporates both brushed and polished surfaces with a flat brushed ring that then has a sloped distortion free surface. You might think that such an elegant platinum timepiece would have only surface level water-resistance, but think again. Like the SLGH references prior, it has been rated to depths up to 100 meters. I must confess, I would be curious to see what it looks like on a black rubber strap (which would need to be 22mm in width to match the case). Grand Seiko have made this prospect quite achievable, by drilling lug holes into the case which means if one were to do a strap swap it is much easier to do so with out blemishing the precious platinum. 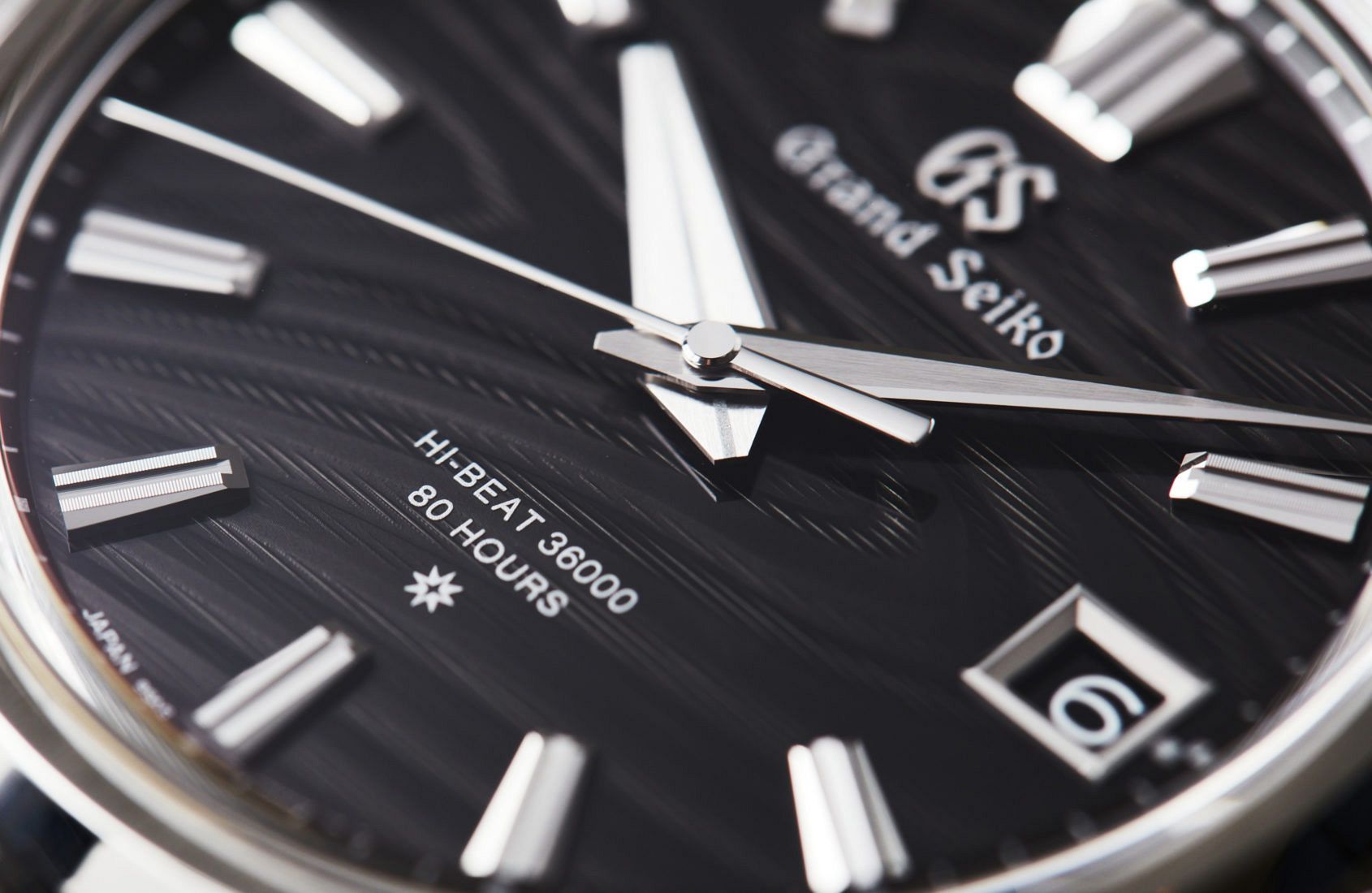 Grand Seiko is known for their motto “The Nature of Time”, and we have seen countless creations with nature inspired dials. The “Tree Rings” format utilized here not only has immense depth in its aesthetic, but also in its meaning. Grand Seiko explains, “The dial captures the nature beauty of annual growth rings of cedar trees in Shizukuishi Shrine near Grand Seiko Studio Shizukuishi.” The rings of a tree trunk are utilized by scientists to determine the age of a tree, therefore the “Tree Rings” design is a celebration of the 140 years of the Seiko brand, their growth, and the wisdom they have amassed over the many years. 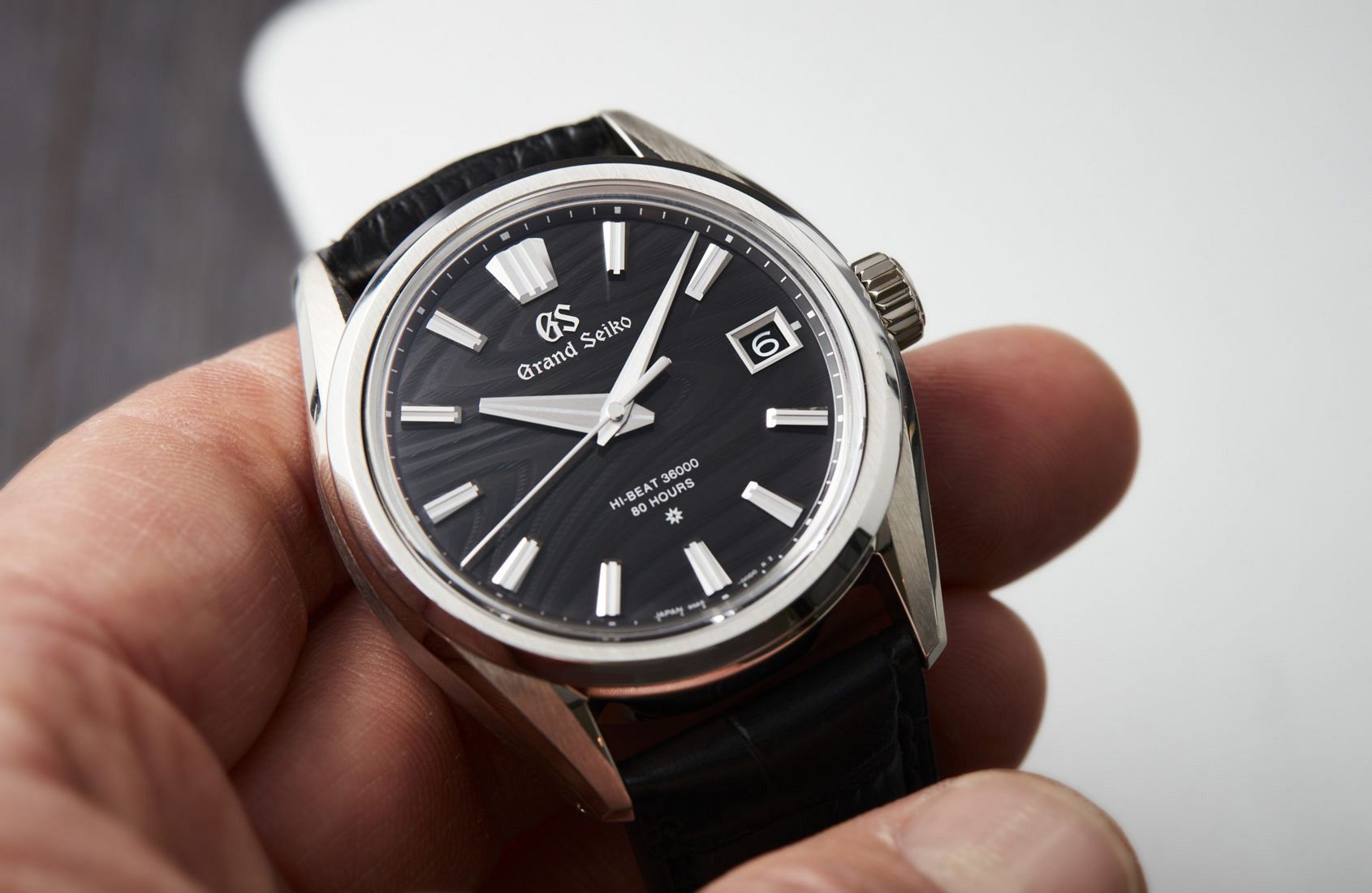 This explains the sort of swirl like aesthetic that breaks through the black of the dial, the texture throughout evoking a cedar tree. The SLGH007 utilizes the same Series 9 hands and markers, a broad hour hand with granulated stripe and slender minutes hand, however the eight pointed star above the 6 hour index signals this is a “special dial” and that its components are actually made of white gold. The grooved indices are masterfully finished. The polishing emits not just the very utmost in beauty, but also legibility. On another note regarding legibility, the hashed outer minute track is printed on the stepped inner bezel making it easy on the eye to read and also results in cleaner dial. Considering its special texture, it is best to interrupt the dial as little as possible. 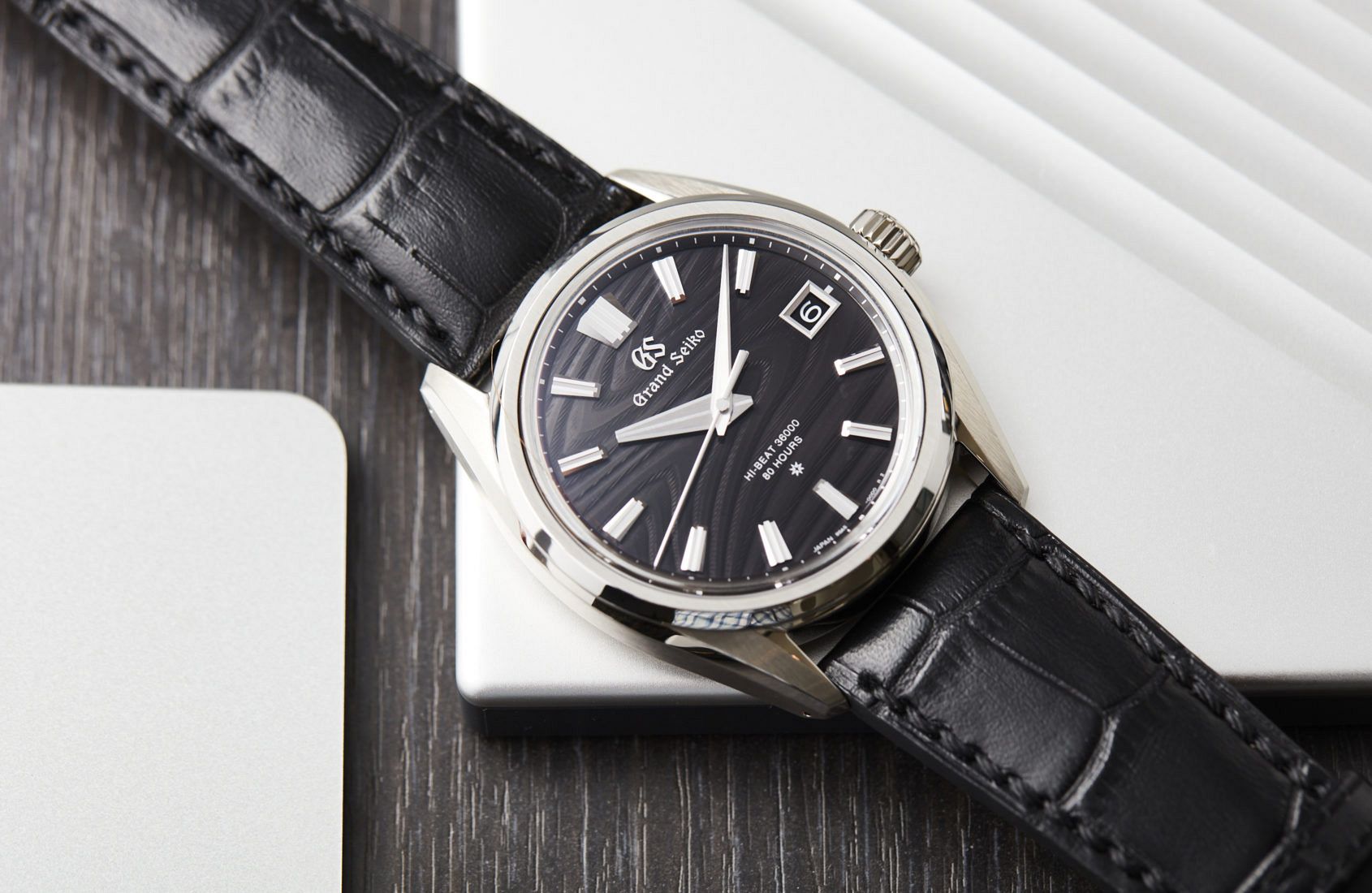 The SLGH007 comes on a black crocodile leather strap with a three fold and push button release deployant clasp in platinum to match the case (which some brands may have taken the easy out of fashioning it in white gold). The black tone of the strap pairs really well with the dial, and makes sense considering it is a very high-end and elegant watch. The texture of the crocodile leather continues the textured aesthetic of the piece throughout the watch as well. 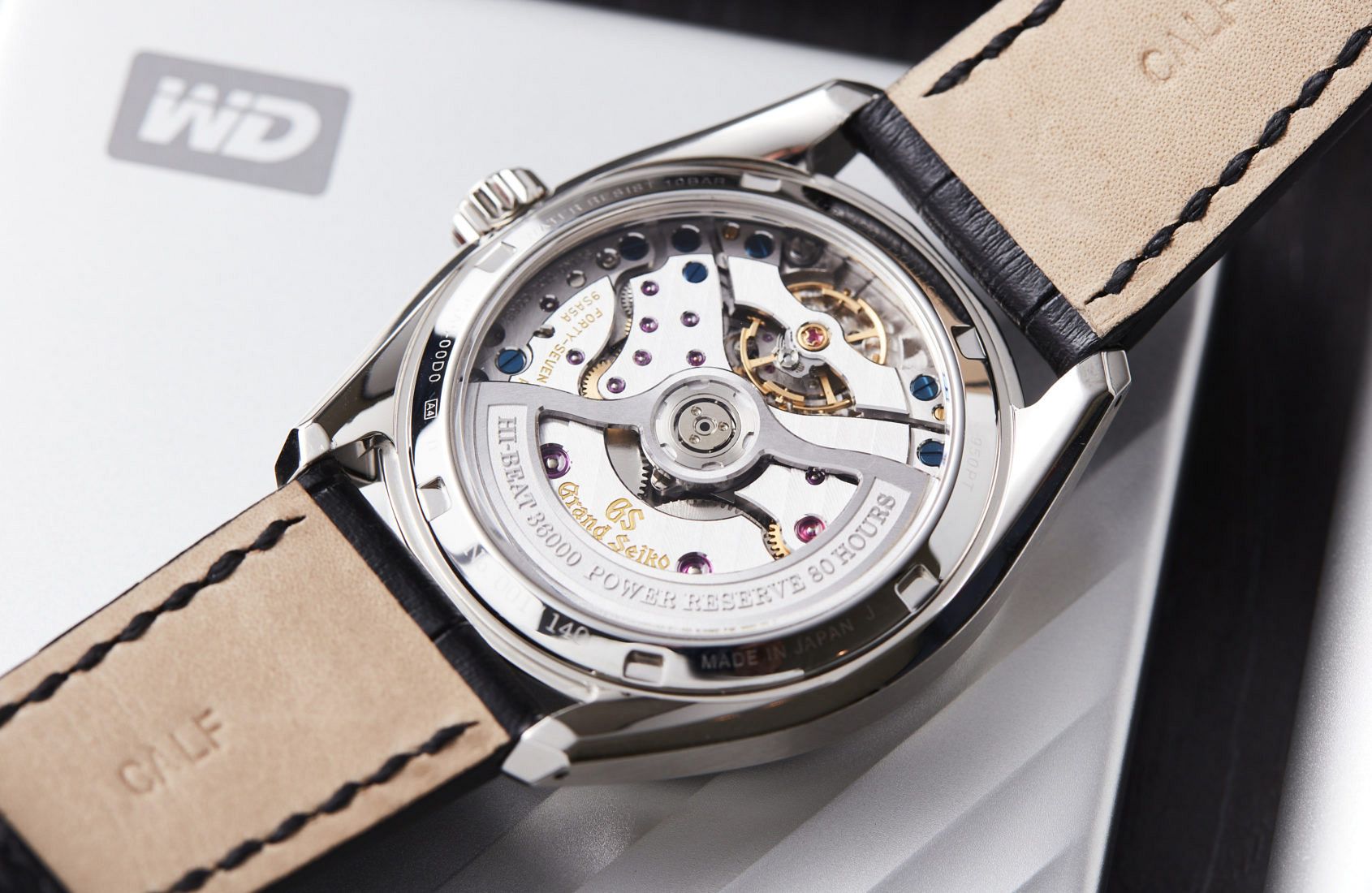 Inside, viewable through the sapphire caseback, is the new dual impulse hi-beat caliber 9SA5, which remains a legitimately big deal. The release of an entirely new escapement happens every other decade at best, and this one is significant for a number of reasons laid out here. Its design language is meant to evoke the streams that neighbor the studio, as well as Mt. Iwate that stands tall seemingly kissing the sky. The 36,000 vph movement provides at least 80 hours of power reserve thanks to its enhanced energy efficiency, an incredible feat considering the 9Sa5 is a hi-beat movement. 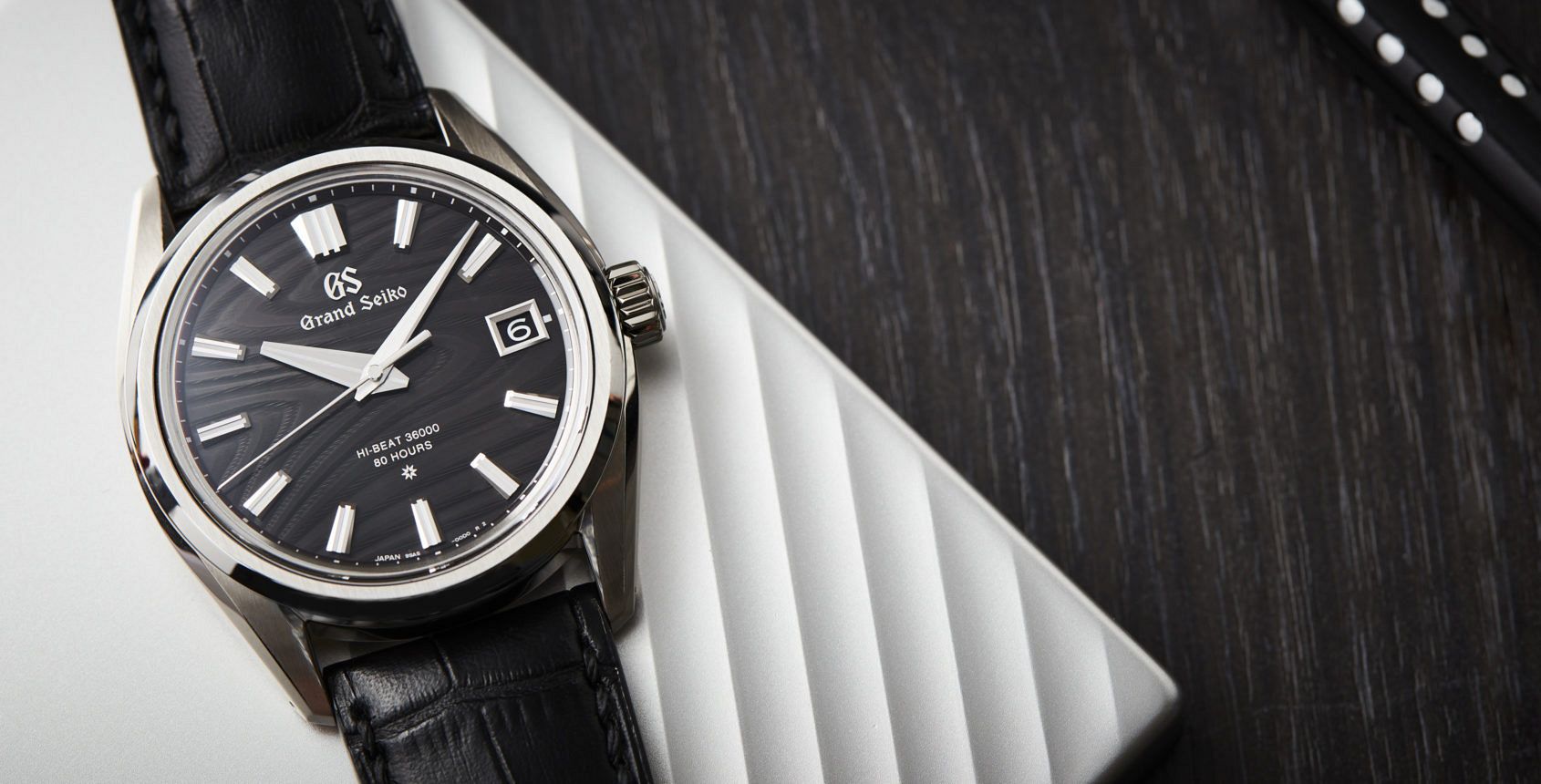