Grand Seiko recently celebrated the 60th anniversary of the brand, and released an amazing collection of six watches in honour of the occasion. But now another two anniversaries are on the horizon – and they are big ones. 2021 will mark the 160th anniversary of the birth of founder Kintaro Hattori and the 140th anniversary of the birth of the Seiko Corporation. Hattori, at the age of 21, would create what would later become Seikosha and eventually the Seiko Corporation we have all become so fond of. Very forward-thinking for the time, Hattori wanted to master all aspects of watchmaking and manufacturing and work to bring all of these arts and skillsets in-house. To celebrate, Grand Seiko has created two watches that mix the past and present, with each watch conveying the depth of mastery the brand has realised in the field, with the new Grand Seiko SBGZ005 and SBGW260. 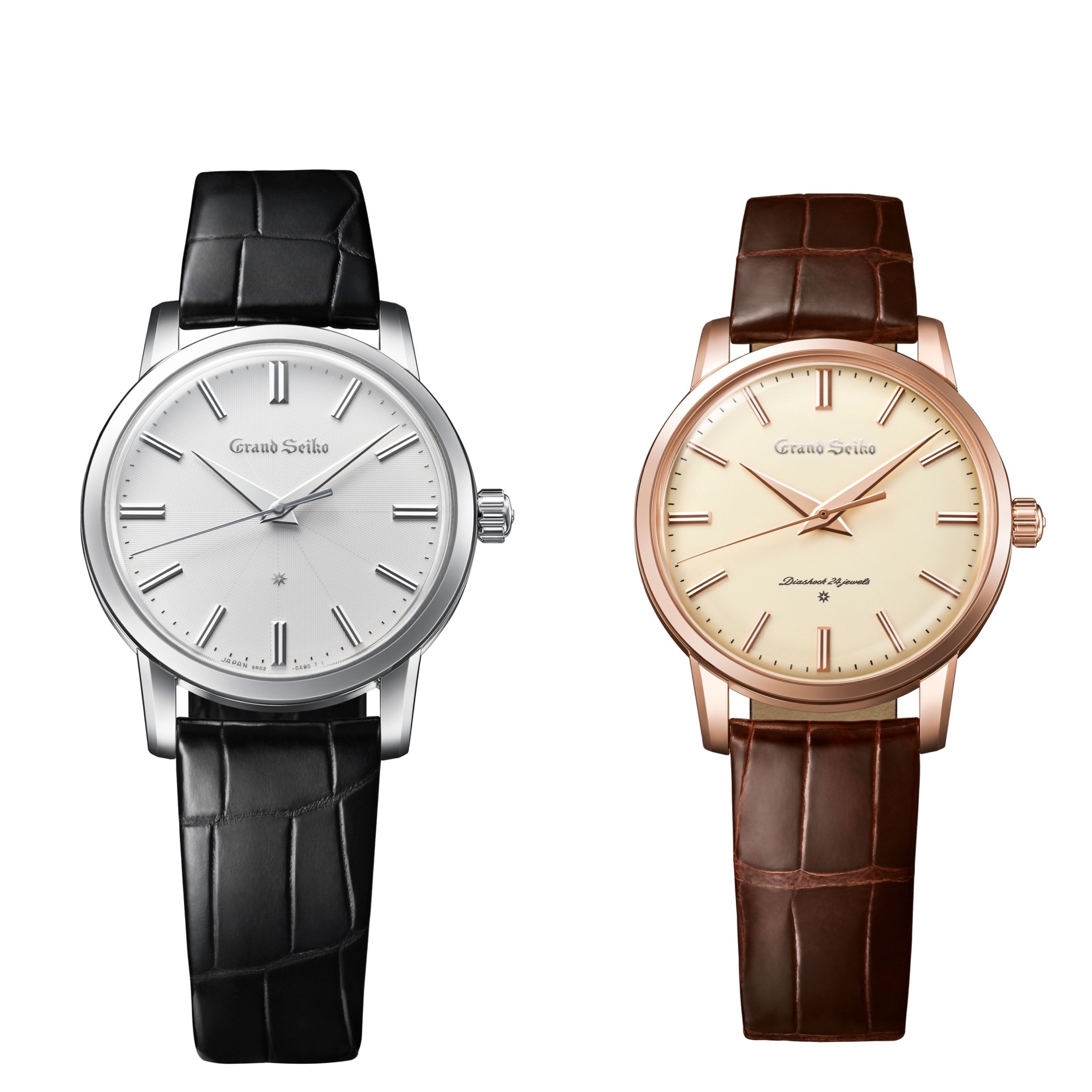 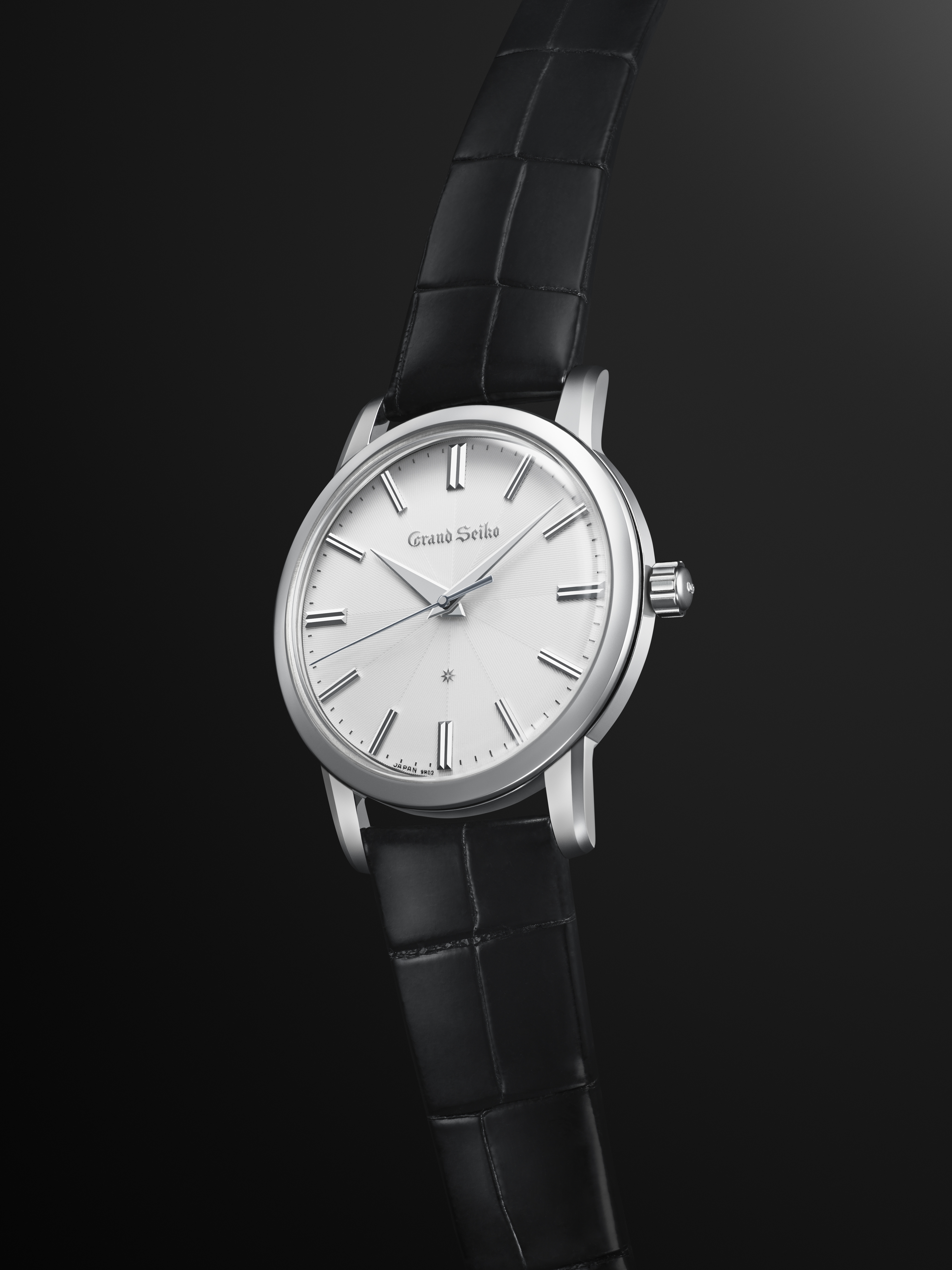 In honour of the 160th anniversary of Kintaro Hattori’s birth, the Micro Artist Studio has brought us the SBGZ005. The watch and its 37.5mm rounded case is made of Platinum 950 and is Zaratsu polished to create the brand’s well-known perfect distortion-free mirror finish. The sapphire crystal glass is dual-curved and each surface is shaped to ensure perfect legibility. At 9.6mm thick, sliding this exquisite timepiece under a shirt cuff will be absolutely no issue whatsoever. 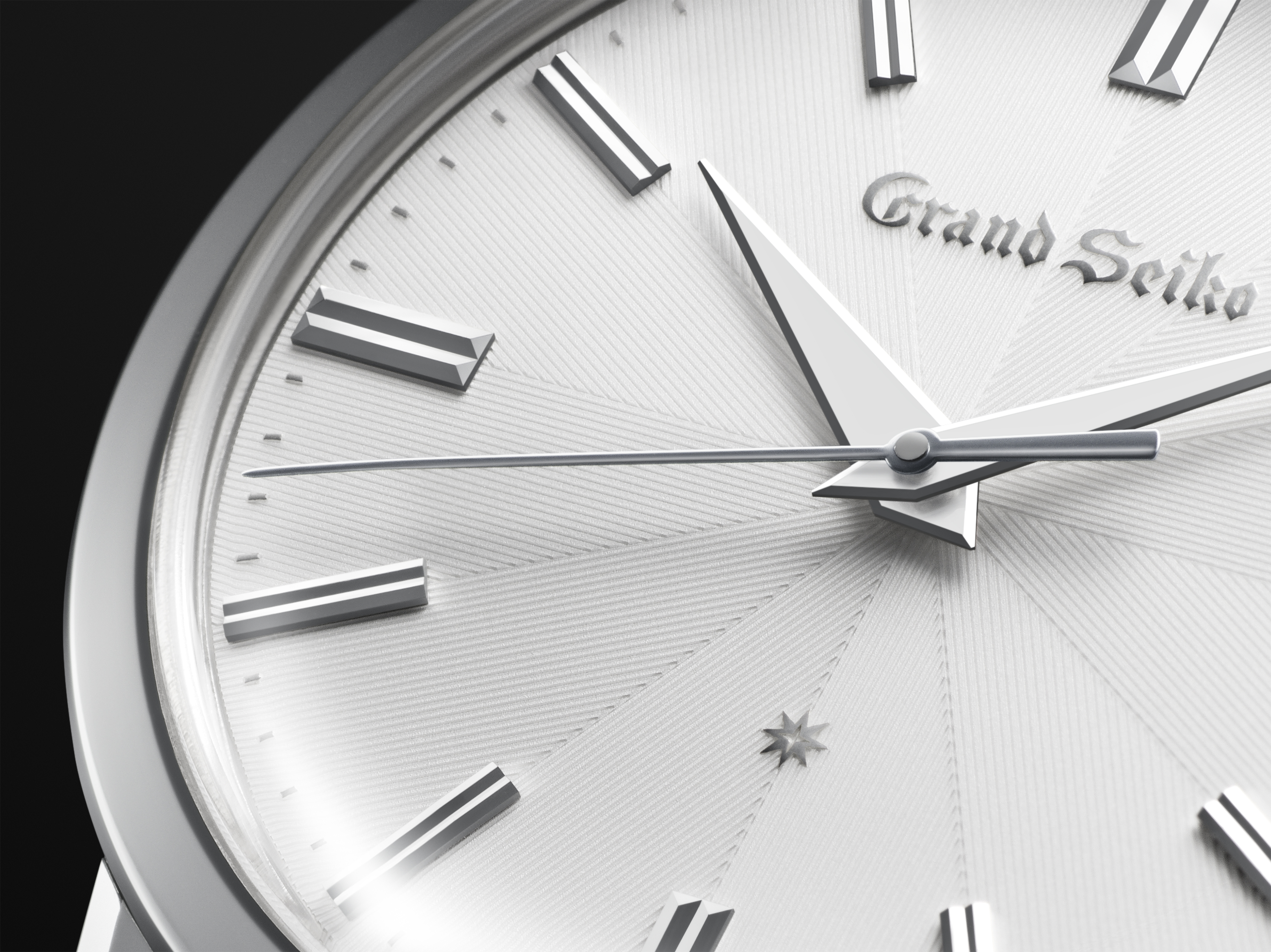 According to Grand Seiko, “The dial’s intricate pattern is made possible by processing techniques that create a delicate dial surface with varying depths.” Above the 6-hour marker, an eight-pointed star signifies that the sharp hands and indices are made of 14k white gold. Within the white dial, triangles radiate outward, with each having a distinct linear texture and pattern. As per usual with the brand, its fabrication is meant to evoke the play between light and shadow that Grand Seiko is known for. 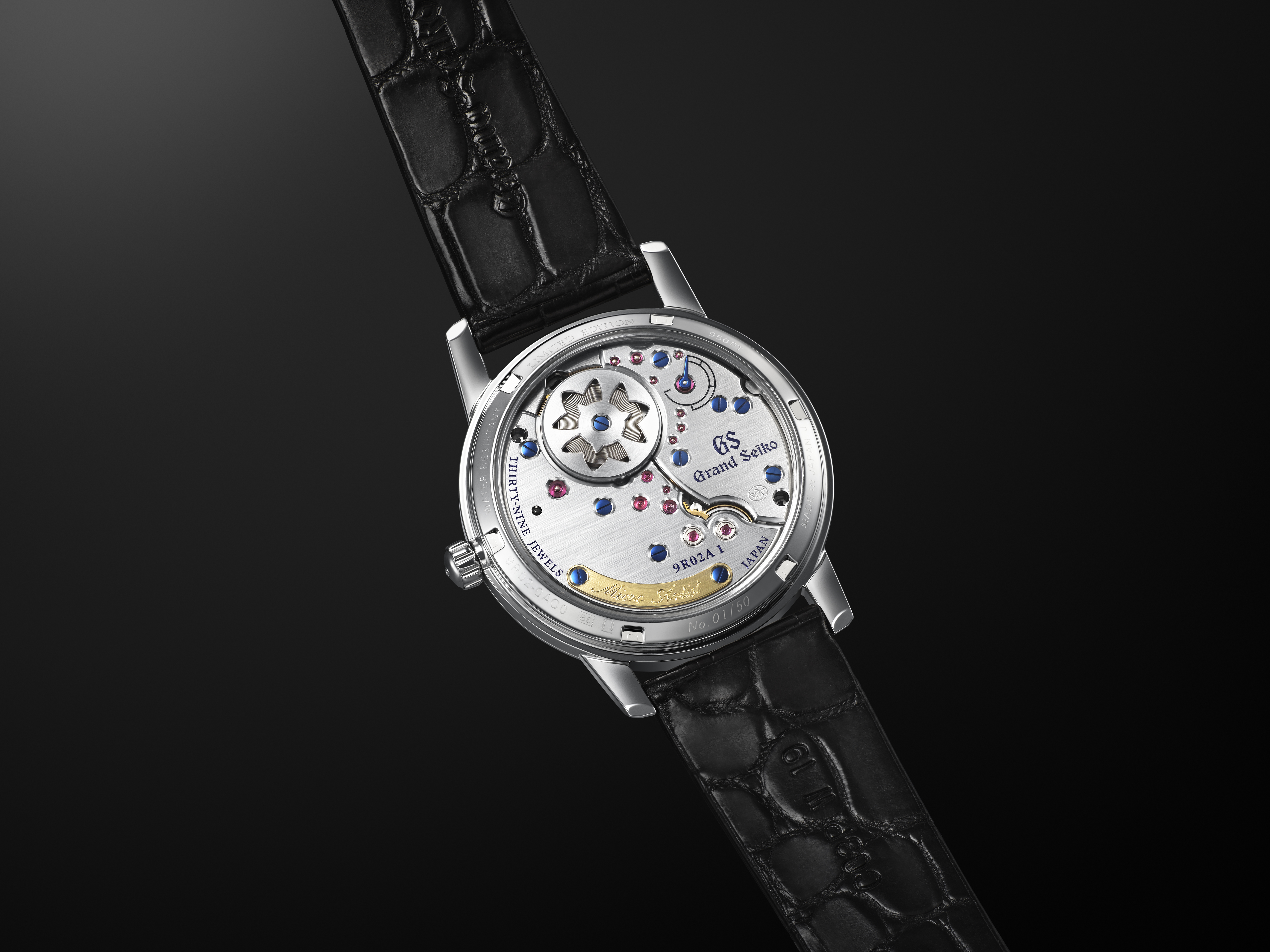 The watch is powered by Caliber 9R02, which is assembled, adjusted and finished by hand by the craftsmen and women of the Micro Artist Studio. This caliber represents the pinnacle of the brand’s movement finishing and is comparable to the work found on the beloved Eichi II models from Credor. The 9R02 has a power reserve of 84 hours thanks to the Dual Spring Barrel and the Torque Return System – all visible beneath an exquisitely finished bellflower. The caliber also incorporates an 18k yellow gold plaque that carries the engraved words “Micro Artist”, but according to Grand Seiko (if the owner so wishes), can be replaced with a word of your choice.

To celebrate the 140th anniversary of the Seiko Corporation, Grand Seiko looks back to their “Grand Seiko First” – but with a twist. Now available in Rose Gold, the modern take on their first watch is 38mm in diameter and only 10.9mm thick. The dial is a clean and crisp cream colour, with sharp hands and markers in 18k rose gold to match its precious case (also signalled by the eight-pointed star above the 6 o’clock marker). 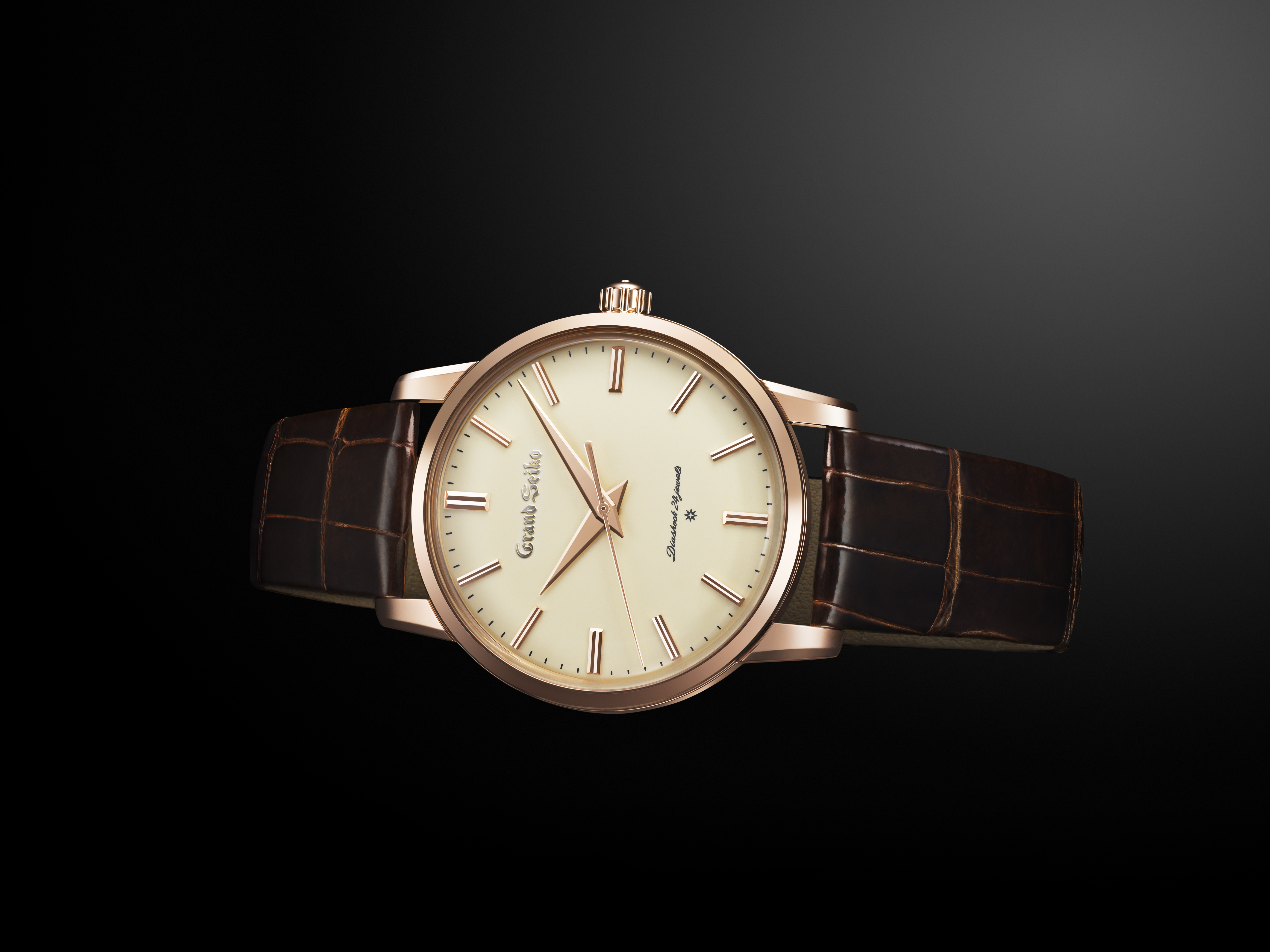 If you look carefully, you will notice that the hours, minutes and seconds hands are each carefully bent down by hand to follow the contours of the dual curved sapphire crystal – and quite frankly really elevate the elegance of the watch. A small and careful detail that shows just how much the brand cares, a true nod to founder Kintaro Hattori’s attitude and approach to the artistry of watchmaking. The watch, like the SBGZ005 above, is outfitted with a crocodile leather strap, with a three-fold clasp with push-button release. 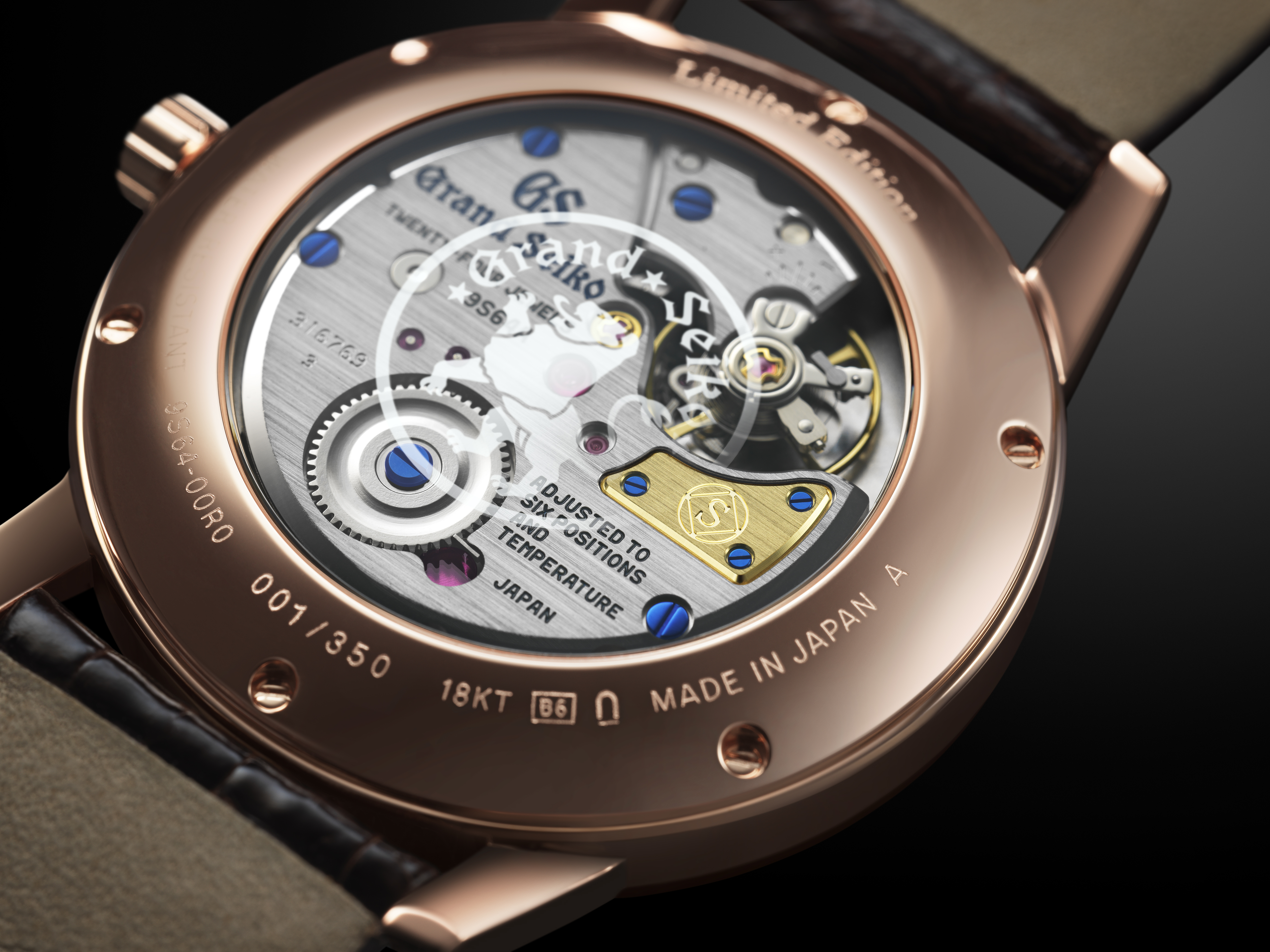 Underneath the exhibition caseback is the Grand Seiko caliber 9S64. The 9S64 is a 28,800 vph manual-winding movement regulated to an accuracy of +5 to –3 seconds per day (when static) and has a power reserve of 72 hours. This, however, is not your everyday 9S64 caliber. Unique to the SBGW260, the 140th anniversary of Seiko is marked by the trademark “S” engraved on a gold plate set into the movement’s bridge. Kintaro Hattori registered this mark in 1900 as the symbol of the Seikosha factory. 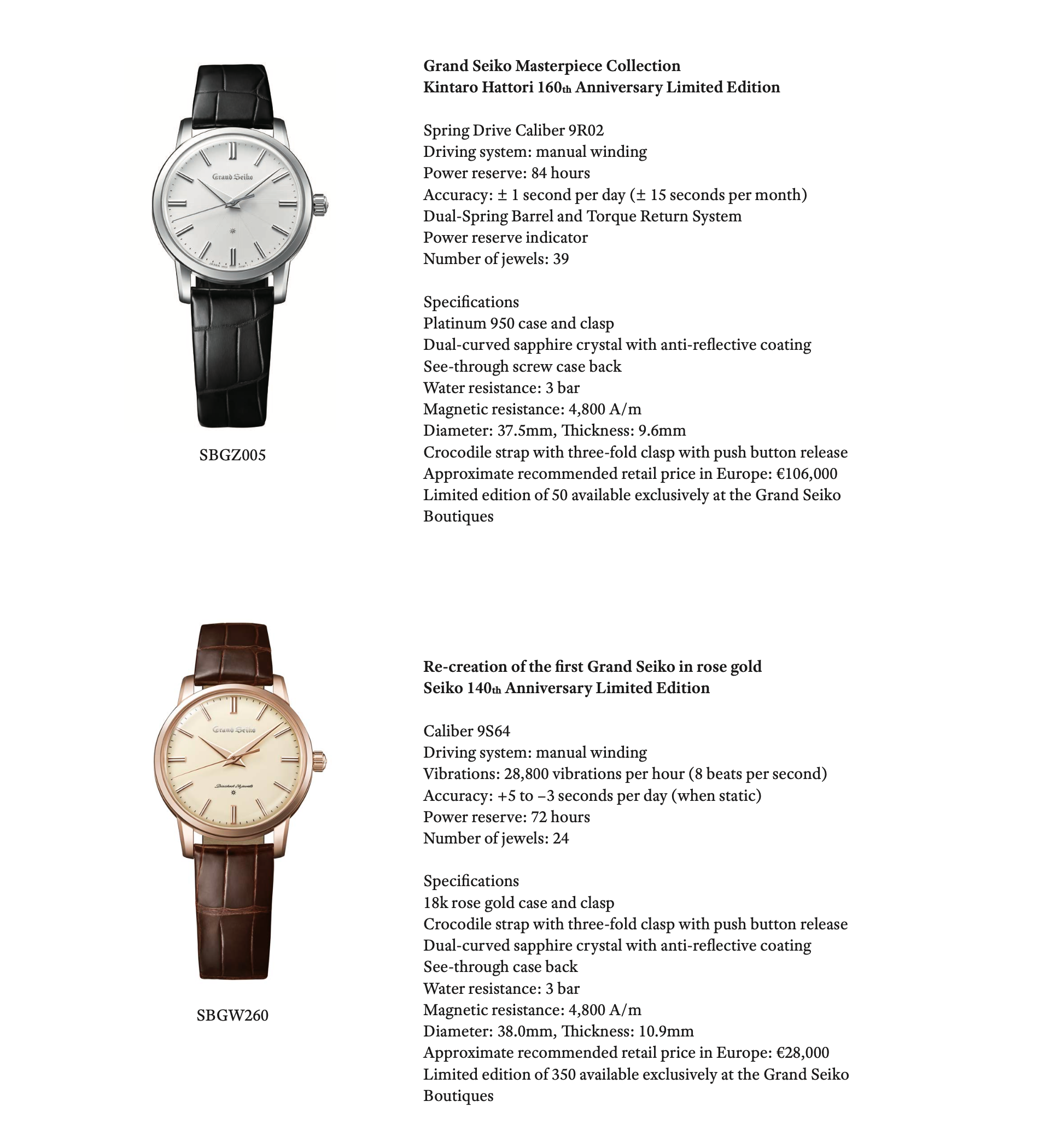