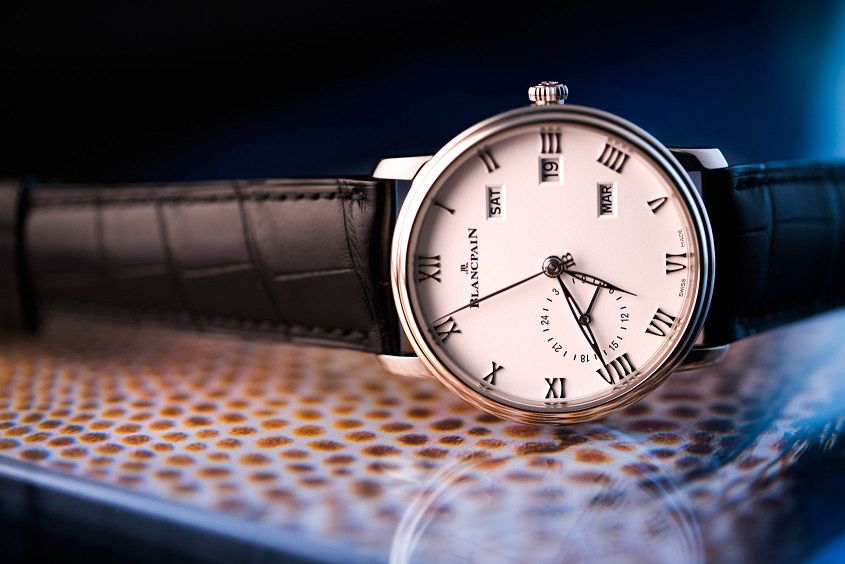 First introduced in 2011, Blancpain’s Villeret Annual Calendar with GMT is, as you’d expect from the refined Swiss brand, an elegant take on an often cluttered complication. It’s an interesting design too – with the date apertures occupying the right-hand side of the dial, something you rarely see. It might look odd initially, but this positioning actually makes reading the date very intuitive. Couple this with the subsidiary second time zone and you’ve got yourself a perfect watch for the aristocratic traveller. 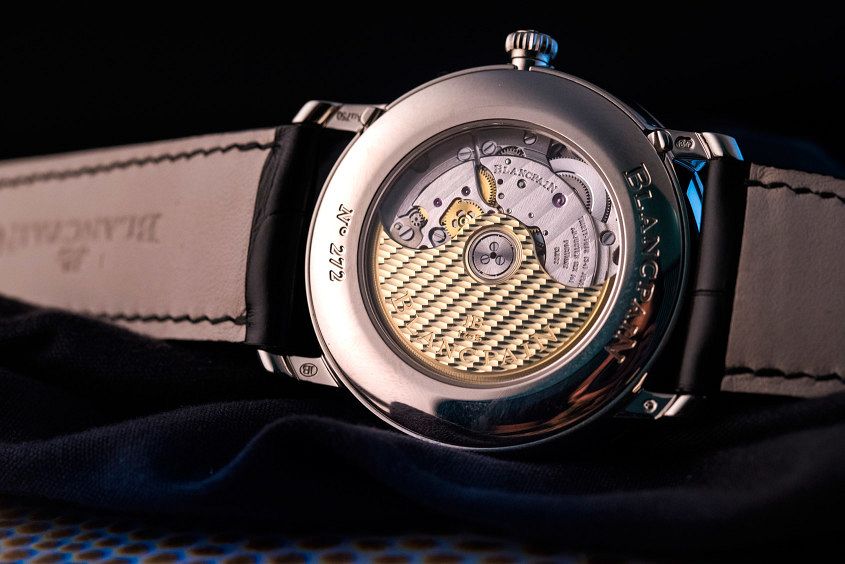 The latest version, released at Basel, sees this dressy number given a steel body for the first time. And we have to say that this new, non-precious 40mm case adds something special to the watch. It doesn’t overly detract from the dressy appeal, as the dial is still pretty as a picture, but the simpler case does give the watch a more casual flavour. 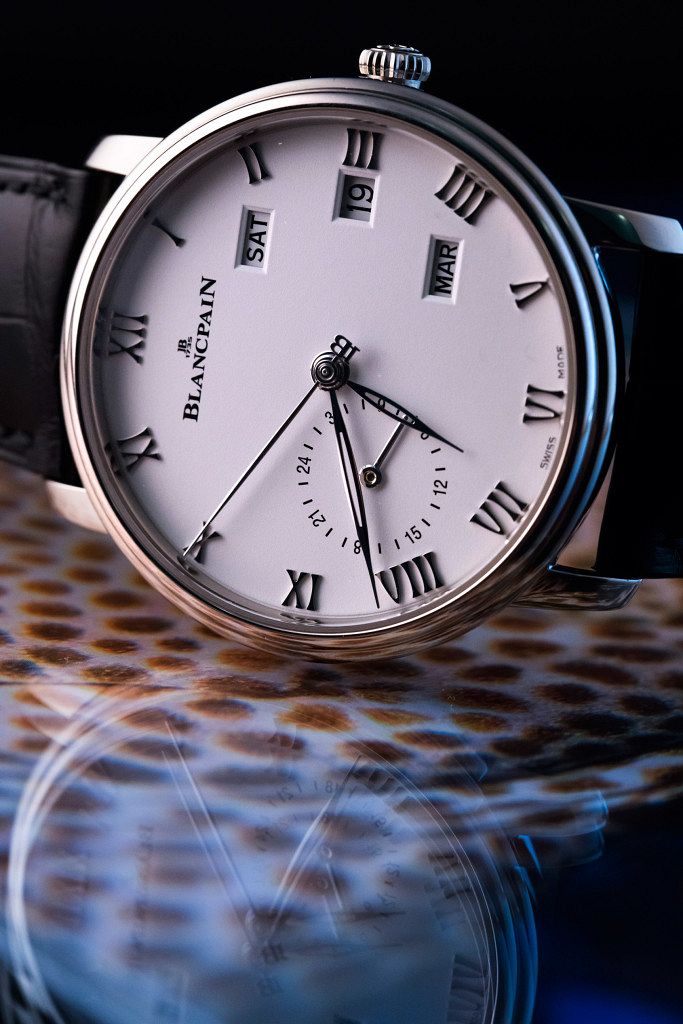 The Villeret Annual Calendar is still powered by the Calibre 6054F, with a yellow gold guilloche finished rotor. The calendar mechanism only needs manual adjustment once a year, at the end of February. But if you let your watch wind down and need to change the date sooner, it’s a cinch with Blancpain’s unobtrusive under lug correctors. Rather than run the smooth lines of the case with fiddly recessed pushers, their patented solution is to place these buttons in the dead space on the rear of the case. It’s a clever system and one that makes you go wonder why no one else had thought to do it.