Great ’Grams has had a couple of weeks off recently, but that’s only given me more time to search for the best of the best on Instagram. This edition will be slightly different in that there isn’t a vintage watch in sight. If you’ve read Great ’Grams before, you’ll know I have a penchant for older watches, but this week I wanted to focus on a few of my favourite more contemporary pieces, which, of course, have been photographed wonderfully. Let’s get into it. 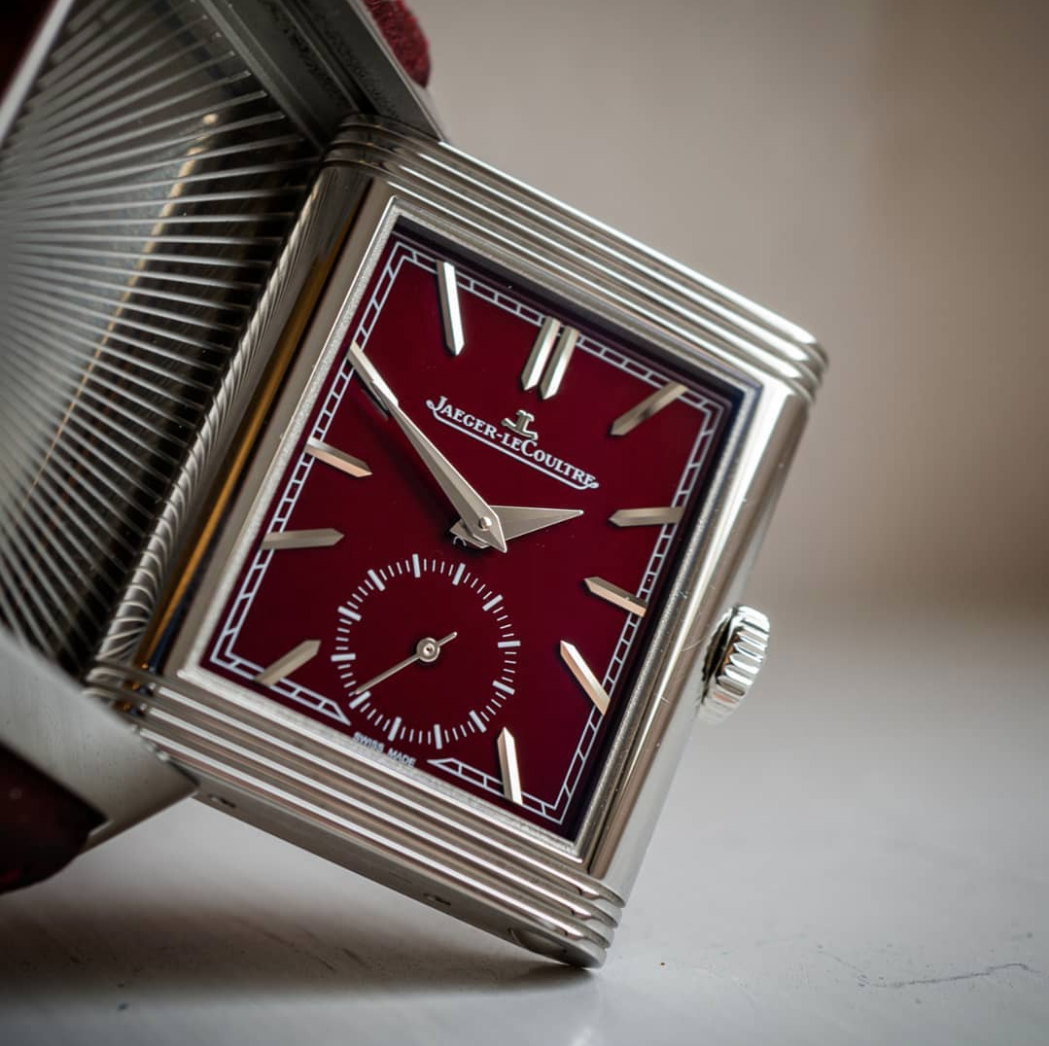 Social distancing with the Reverso Tribute Small Seconds “burgundy”. It’s not fun, but the beauty of this piece still manages to put a smile on my face. Ear to ear mind you…
Making me look forward to having a glass of nice wine with family & friends.
How is everyone holding up??

Not only is this one of the best-looking Jaeger-LeCoultre Reversos ever made but this is also a great shot. Beyond the richness of the dial, the carved radial patter on the inside of the caseback is visible. 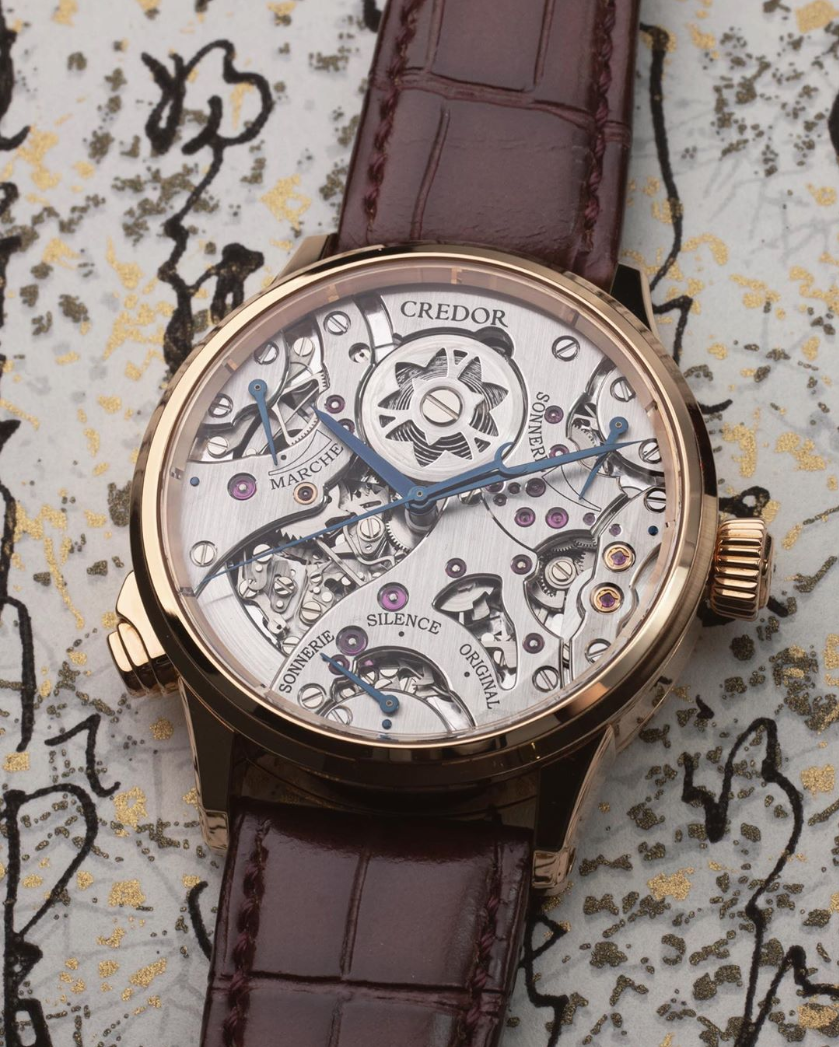 Seiko Credor Spring Drive Sonnerie
GBLQ998
The 2006 Baselworld exhibition witnesses the premiere of another landmark timepiece, the Credor Spring Drive Sonnerie. The challenge followed naturally from the success of Spring Drive, a watch that presents, visually, the pure, natural and continuous motion of time. Could this new visual representation of the calm, pure passage of time be expressed in sound as well as by the smooth movement of the hands across the dial.
The watch is built on the base of the ground-breaking Spring Drive movement 7R series with its glide-motion hands and 48 hour power reserve. Onto this Spring Drive movement is added the “sonnerie” mechanism which has its own, entirely separate barrel, ensuring that this mechanism has more than 40 hours of power reserve. The power reserve is shown on a second indicator at the two o’clock position.
The movement is easy to operate with just the one crown at the 3 o’clock position and a mode indicator at 6 o’clock.
The movement comprises over 600 individual parts, each uniquely made and, of course, hand assembled and finished to the highest levels of precision.
The mechanism offers the following three modes:
1. “Sonnerie” mode: the number of hours is automatically counted by chiming every hour on the hour.
2. “Original” mode: the time is announced by a three-strike chime at the passing of every three hours: 12:00, 3:00, 6:00, and 9:00.
3. “Silent” mode: the chime is disengaged. 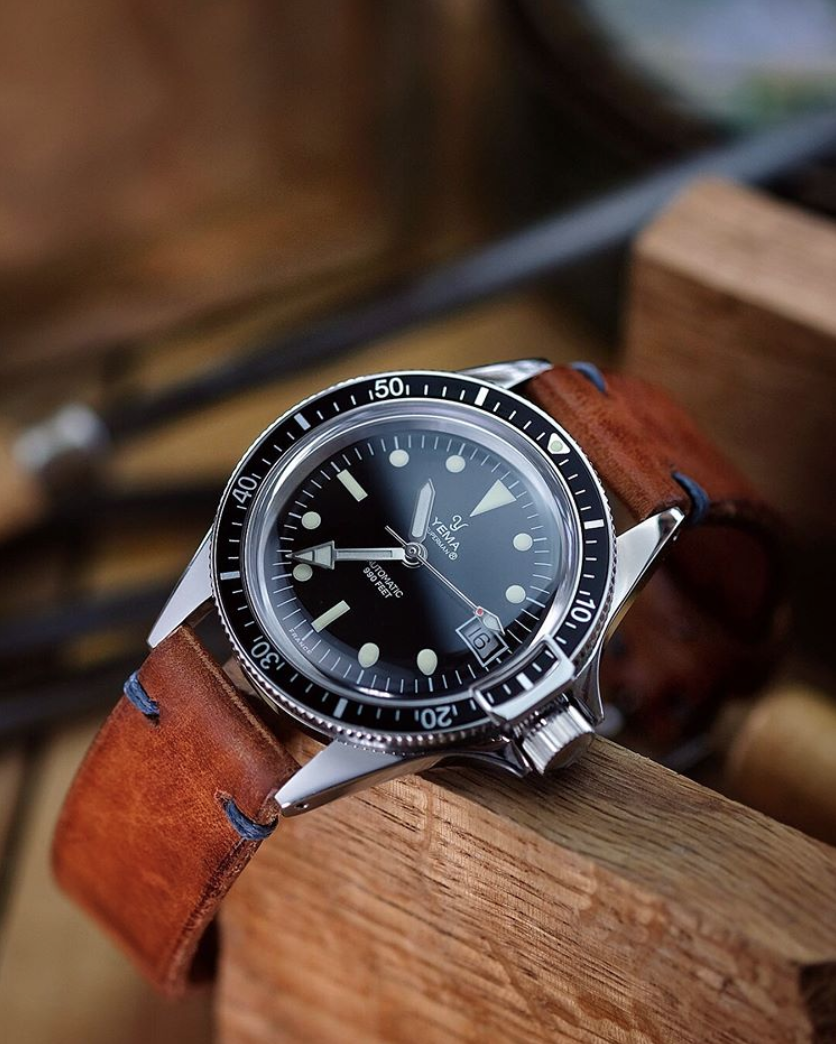 Dive watches on leather straps are a contentious issue at Time+Tide, but this shot nails it. 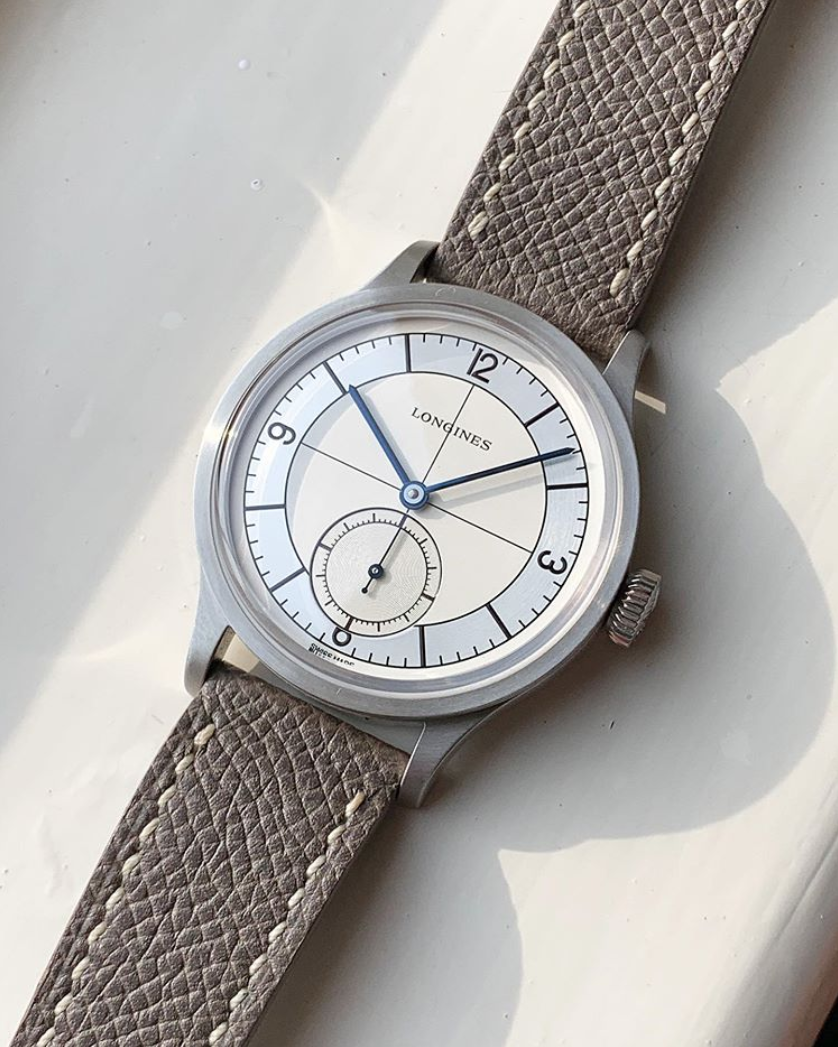 While this account obviously focuses on the vintage side of Longines’ offerings, the Longines Heritage Classic, with sector dial, is thoroughly modern and was one of my favourite watches of last year. 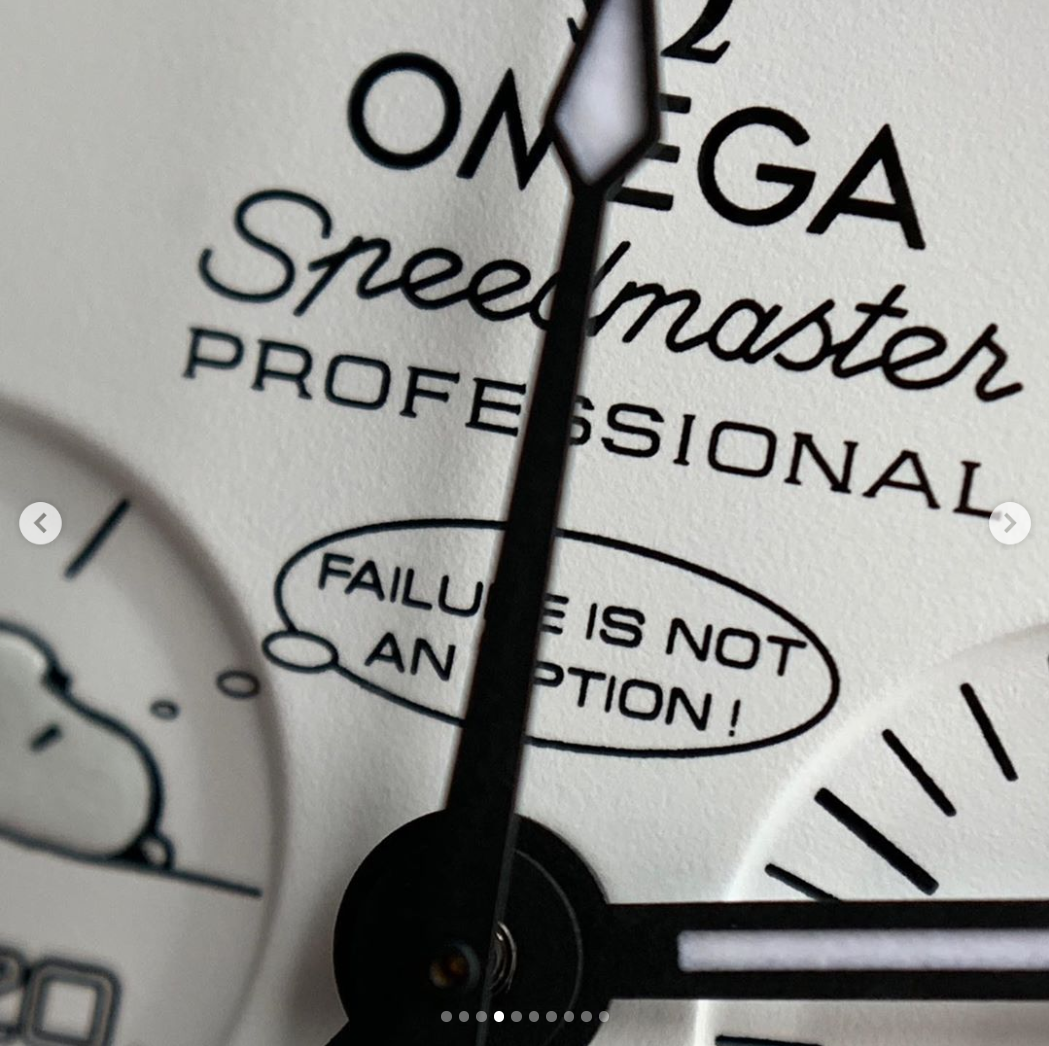 In celebration of the 50th anniversary of Apollo 13 we dedicate the next seven days to seven Speedmasters. For any enthusiast of the world of horology, particularly special about the safe return of astronauts on this heart-stopping mission was the critical use of a Speedmaster. As all onboard electronics failed, their backup option became their only option to feel Earth’s soil again. When NASA’s Jim Ragan embarked on the quest to find the most suitable watch for space travel, it wasn’t for any fashion statement. Above all else this was to find a reliable tool. A tool that could withstand the extremities of outer-space travel. A last resort. And when it was unfortunately deployed into action, it fortunately did its job flawlessly. A feat that earned Omega the Silver Snoopy Award.

When we launched our fortnight of Speedy posts to honour mankind’s greatest achievement of conquering the heavens to find our feet to the moon, we made several posts dedicated just to NASA history. Included was the first and second Snoopy editions to tell the story of Apollo 13 but we never explored the watch specifically.

Ranking amongst our very favourite modern Speedmasters, it is an incredible tribute that deserves the praise it is well acquainted with. The shade of white used for the dial is perfect and really does compliment so well the black details. The fun written tributes to Apollo 13 and the Snoopy Award are lovely. Though their playful character is apparent, Snoopy’s thought bubble is dangerously serious and equally a fitting and powerful tribute. Failure really wasn’t an option.

The enamel caseback is a glorious touch superbly executed. The deep blue sprinkled with nebulae depictions will often catch my attention for longer than I’d care to admit. I am also very pleased by Omega’s choice to calibrated the minute track to the Hz of the movement to allow for accurate chronograph readings. The luminous markings on the hands, hour markers, snoopy and the tachymeter are a pure joy and when the night veils and the watch glows, it’s as if a little piece of outer-space sits on the wrist. What an incredible interpretation of an icon.