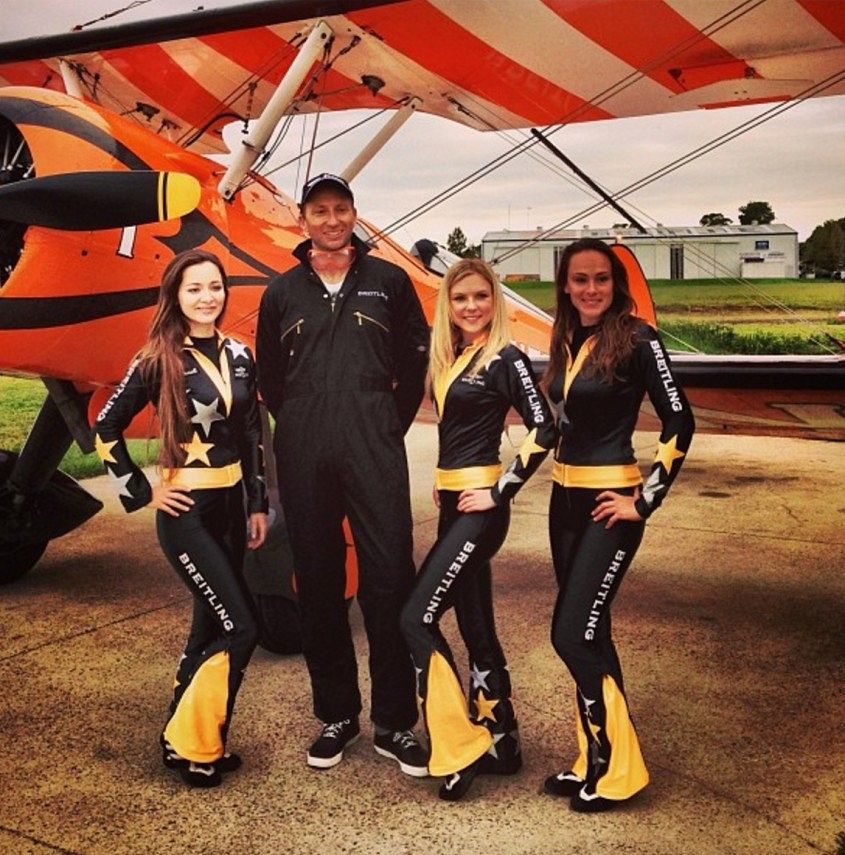 The day my marriage (nearly) died. Posing with the Breitling Wing Walking Team. Hands held behind back to stop them shaking.

Editor’s Note: All’s well that ends well. I agreed to take a flight standing on the wings of a bi-plane for GQ, on the invitation of Breitling, and clearly I survived. Because I lived to write about it then, by publishing a pithily titled list of ‘5 things you should know…’ before you agree to do it yourself. And, yes, I live to repost it now, many years later. An incident occurred last week that reminded me of the sometimes unorthodox lengths Breitling will go to to reinforce their aviation story and I thought it would be a good time to revisit an experience I’ve had on the topic.

5 THINGS YOU SHOULD KNOW ABOUT WING-WALKING

1. It is the shortest possible route to divorce/breakup

Do you have a pesky partner that no amount of subtle or outward meanness can dislodge from your bed/life? Just go wing walking. My wife cried herself to sleep the night before it happened, after pleading with me in the name of reasonableness, on the names of our unborn children and then in a morbid last-ditch effort, by sending me a screen shot of a wing-walker plunging to his death.* I felt like it was a war, not a Breitling sponsored media event, I was heading away for in the 5am Bondi darkness. But I can confirm that there was no goodbye shag like my grandpa told me about. The bottom line is doing something this apparently suicidal may break any unwanted emotional ties. *This actually happened. 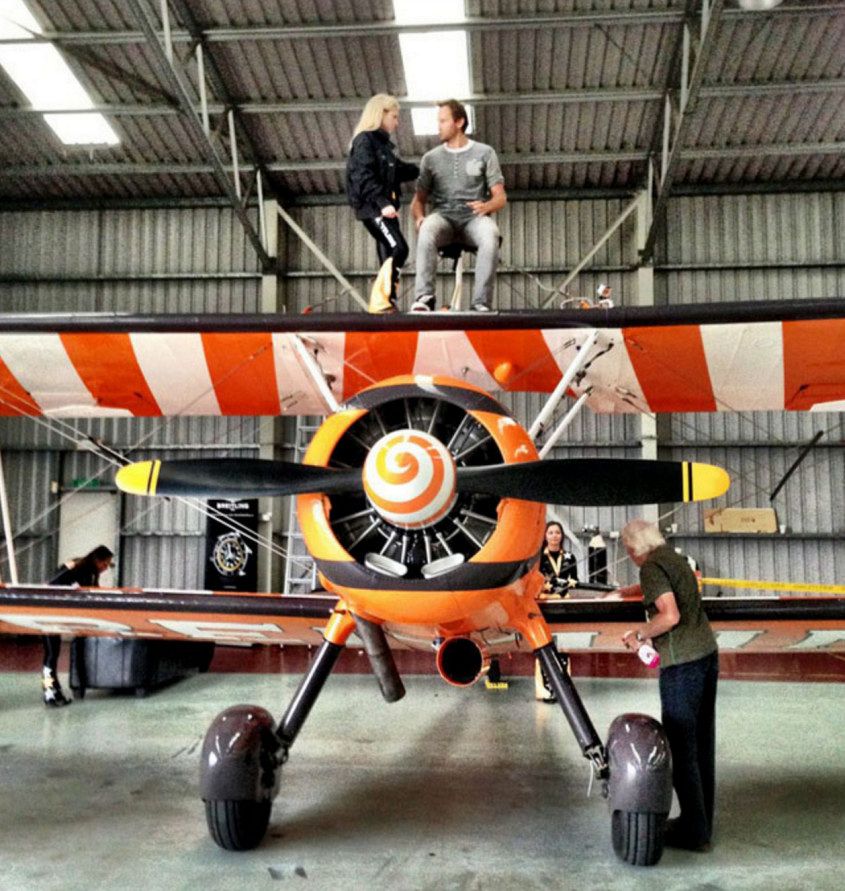 Pre Jumpsuit. Terrified. Even being on the wings in a hanger was utterly terrifying.

2. Lara Bingle may turn up and wing-walk after you

This may sound ridiculous, but it’s true. While Chris, the Marketing Manager of Breitling in Australia calmed my pre-wing-walk nerves with stories of a 10-year-old girl who had wing-walked WITHOUT A HARNESS, two equally appalling things came to light. Lara Bingle (Sam Worthington’s wife) was already in lycra and ready to walk after GQ. Any thoughts of flaking quickly vanished. A minor and Bingle could do it? Then so could we. And 2. Aforementioned Breitling Marketing Manager has NEVER ACTUALLY WING WALKED. Some harsh words were spoken to Breitling, but point 1 still stood. Lara was in lycra, waiting. So may god help GQ. 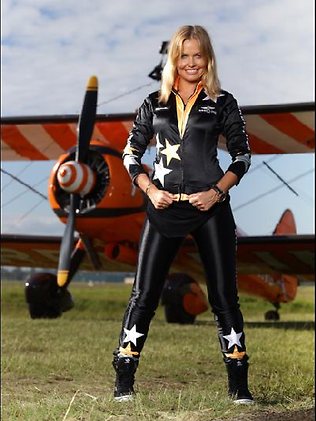 Lara Bingle struck a much more confident pose than me, both before and after the wing walk. Pic from The Herald Sun.

3. Getting the harness put on is not a terrible experience

…if it’s being put on by a Breitling wing-walker girl that is. After following her up onto the top wing of a bi-plane (also not that terrible an experience), the kindly soul showed me how to evacuate if things went wrong. She chatted through a quick safety demonstration that went something like: “An emergency has never happened, but if it does, unclip this, pull this bolt up, if you really want the pilot to stop give two thumbs down…”. The “never happened” thing tunes you out. She pulls goggles down over your eyes, recommends you put in ear plugs. You listen, you mostly look and it’s ok, because you at least feel freshly divorced. 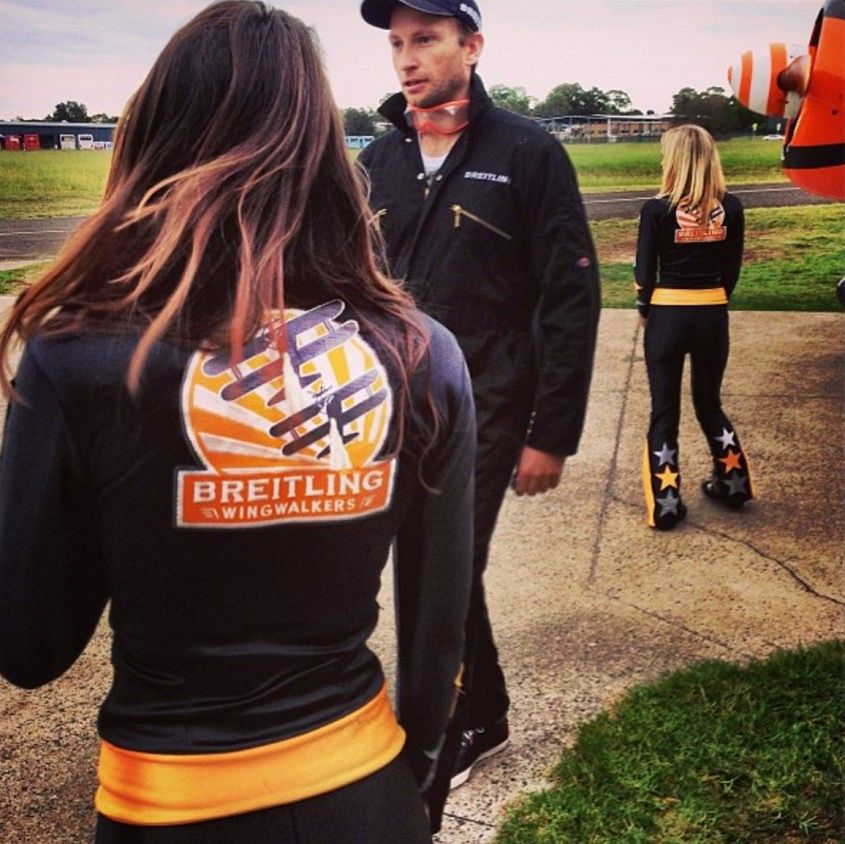 Everyone else was so chill before we took off. It was almost calming. Just another day in the office.

Shortly after the safety harness demonstration by the Breitling wing walker one type of euphoria is replaced by another. You’re up there on the wing, on a weird sort of standing frame, strapped in like a newborn in the backseat of an SUV and then – cue horror – the propellor starts turning. The plane shudders to life and begins moving forward. You’re off. Kenny Loggins starts playing in some ancient part of your mind.

The taxiing bit lasts forever. You get used to the rushing wind. Then you actually start on the big runway. The engine shrieks. It sounds angry, like your partner earlier in the day. The wind gets worse, because you’re flying along the tarmac at 100 miles per hour. It’s bumpy, then hey, it’s smooth because, by jove, you are off, you’re flying! You’re taking a ride into the danger zone. And you can’t see anything in front – the propellor’s a blur – or behind – the pilot’s nowhere to be seen. You’re flying like in that dream you jolt awake from. But you don’t jolt awake, because this is real baby. It’s maybe the most fucking awesome realness ever. You are flying. Without even thinking about it you make Superman hands. Bang! 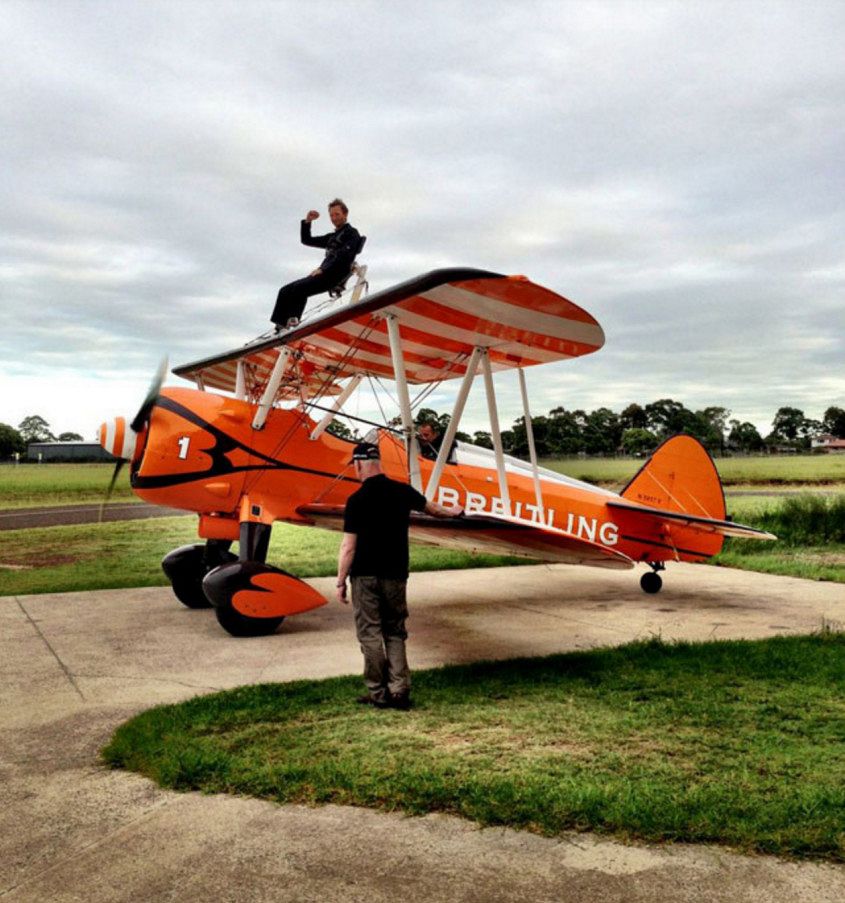 It was too late by now, so let’s just do a fist pump. *Photo may contain traces of mock bravado.*

5. Don’t open your mouth or turn your head (especially if there’s a GoPro camera filming)

Because spit finds a way to smear across your entire face and secondly, your neck-meat gets totally snapped by the 100-mile per hour breeze. Within 90 seconds of being airborne you can’t remember when you weren’t flying above Bankstown screaming and making Superman hands. The houses below look like Lego, the city in the distance is a miniature village. Apparently 10 whole minutes passes but it feels like 10 seconds. You think about your wife, or your partner, you wish they weren’t so upset, so they could share this thing with you and then, it’s over. You’re approaching the runway again, you’re swooping down to it. The wheels touch tarmac. It’s over. It’s crushing. That girl from Channel 10 is next. Never in your life have you wanted to be Lara Bingle more than now. 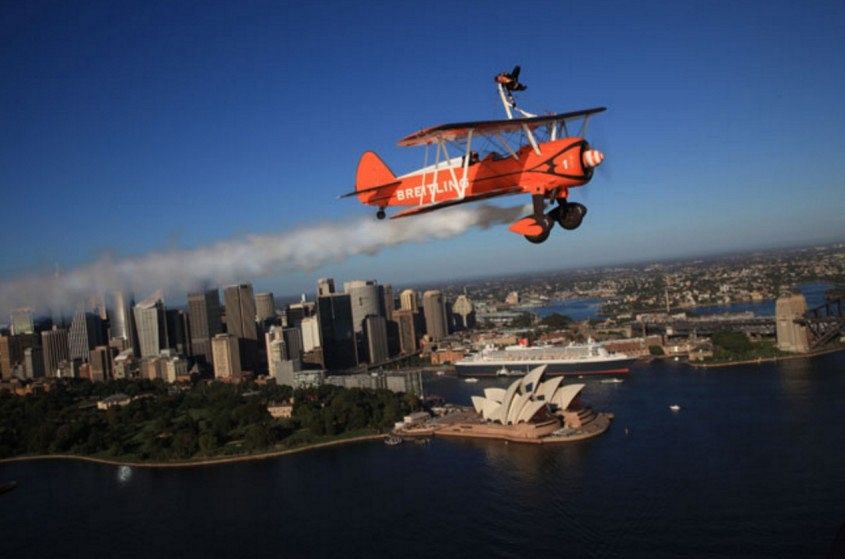 WING WALKING IS THE MOST FUN YOU WILL EVER HAVE IN YOUR ENTIRE LIFE. (That is not me) 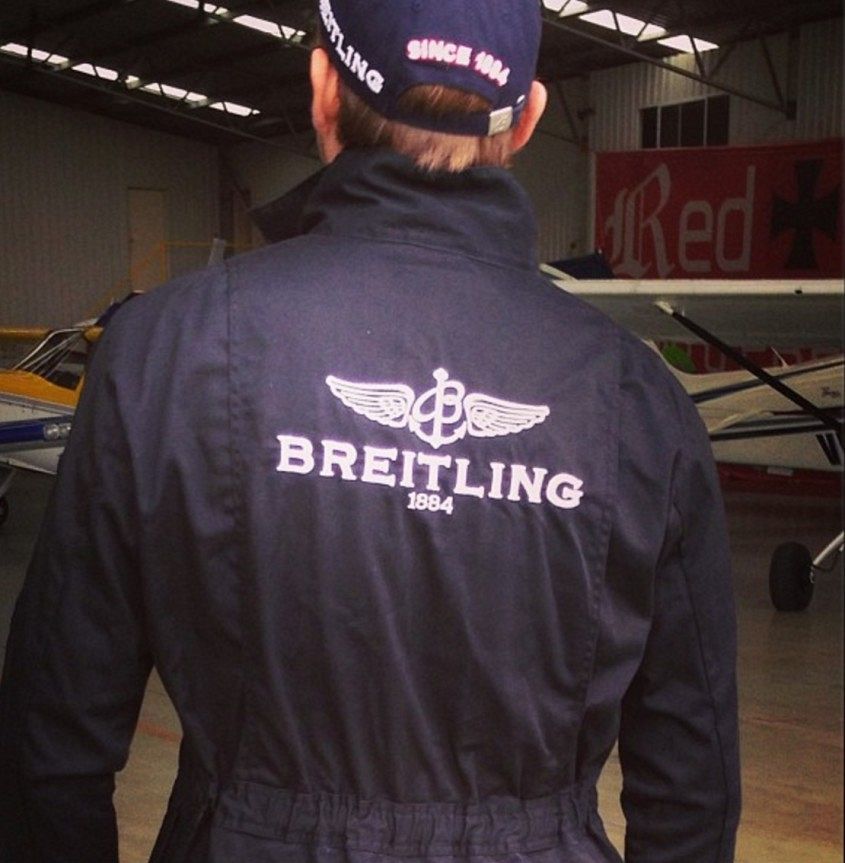 Drinking the Kool Aid. Most fun day out ever.