It’s a truism to say that the watch industry loves an anniversary, and while mostly it’s the watch brands doing the celebrating, this time it is a retailer celebrating the big 4-0. Boy, are they celebrating in style.

The Hour Glass is one of the major retail figures in the Asia-Pacific region, with more than 40 boutiques (including three in Australia). The first of these boutiques opened in Singapore back in 1979. The brand is celebrating their 40th anniversary by releasing a series of special limited edition watches with some of their long-term partners like Urwerk, Franck Muller, Nomos, Longines and more. 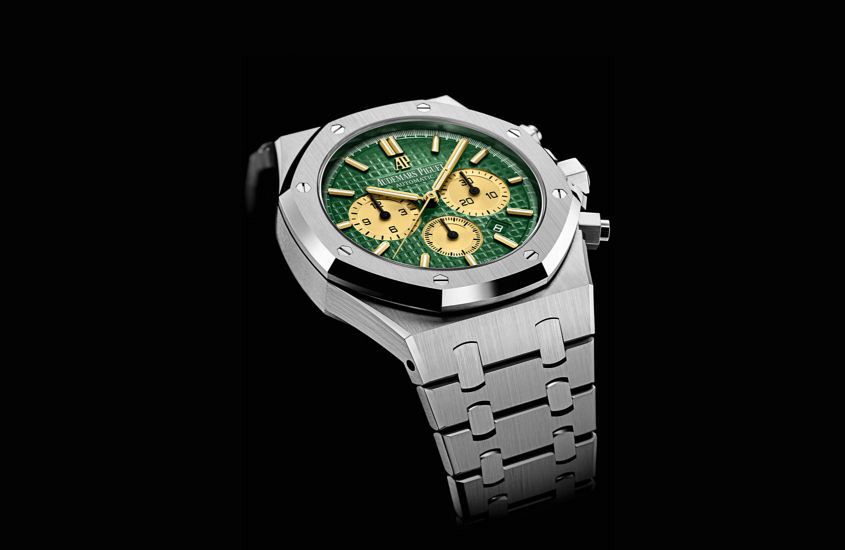 They’ve kicked off their series of special editions with a big one. The new Audemars Piguet Royal Oak Chronograph For The Hour Glass comes in platinum — all 41mm of it. The Royal Oak doesn’t require much introduction, and it’s an apt choice, as the model has only been around a few years longer than The Hour Glass, even though this platinum model takes as inspiration the 2008 chronograph release. The standout feature here is the dial. Of course it’s the famous tapisserie pattern, in the twin tones of The Hour Glass — yellow and green. It’s a striking combination (and certainly a popular one in Australia), especially when contrasted with the icy platinum case. 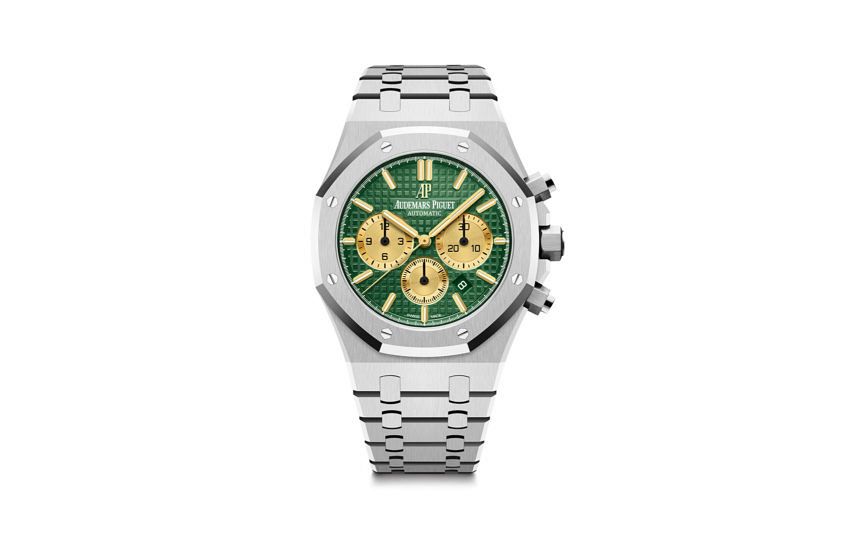 As you might expect, the Audemars Piguet Royal Oak Selfwinding Chronograph The Hour Glass Commemorative Edition (to use its formal name) is quite limited, with only 20 pieces being produced. So if you want one, act fast.