This week marks the 50th anniversary of the Apollo 11 mission that saw Neil Armstrong walk on the moon. And on his wrist was an Omega Speedmaster. This moment ensured that the humble, manually wound chronograph was vaulted into the hallowed halls of history. But the Speedmaster story is about more than just that moonwatch. Here are five defining references of the iconic Speedy. 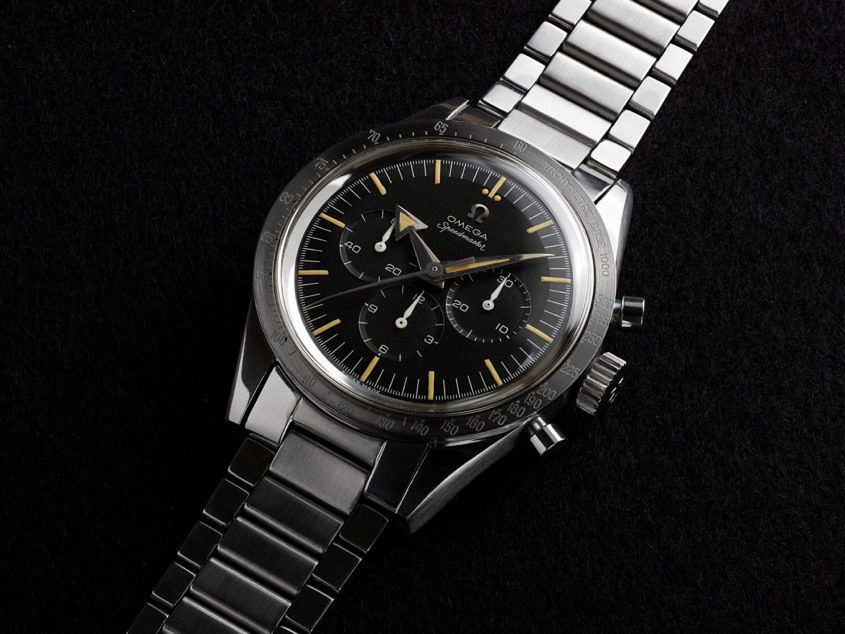 If we have to start somewhere, it might as well be at the beginning. Production of the Speedmaster began in 1957, and was conceived as a dedicated tool — for racers, engineers and the like. And so the reference 2915, the first Speedmaster. From a distance it bears all the classic hallmarks of the line. There’s a few tells though, the most obvious being the ‘Broad Arrow’ hands. The other obvious demarcating feature is the steel bezel (rather than aluminium inset). Beyond that point it starts getting really specific: text type, caseback type and all the detail that makes the Speedmaster such a rich field for dedicated collectors. If you’re looking for a modern equivalent, check out the Speedmaster 1957, a bi-compax update of the original. 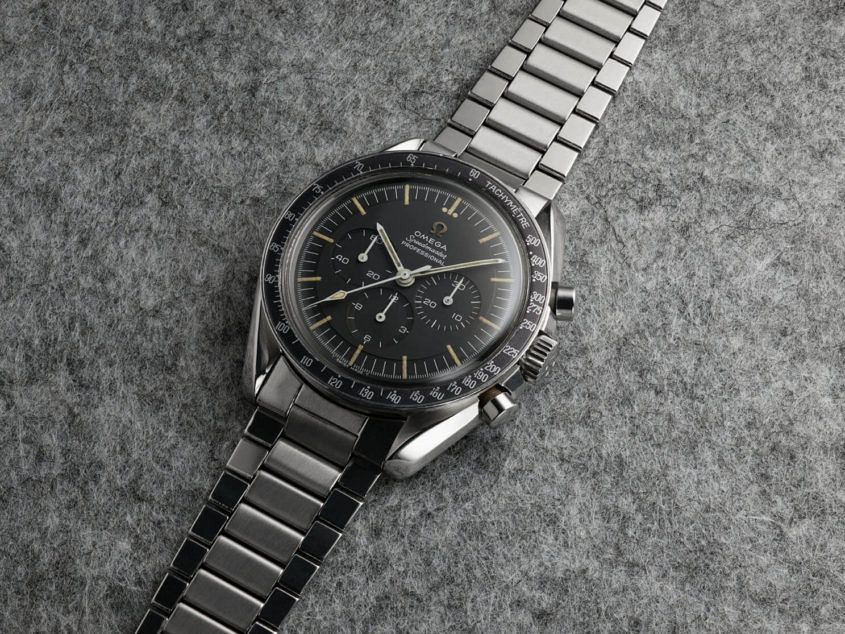 Right off the bat, it’s important to know that this watch is not the first Omega in space, that honour goes to Wally Schirra’s 2998, which was on his wrist in 1962’s Mercury-Atlas 8 Mission. Nor is it the first of the NASA-certified Speedmasters. But the Reference 105.012 had the singular honour of being the watch on Neil Armstrong’s wrist when he made that momentous first step. Design-wise, it is here we see the asymmetrical case with crown guards, and those white matchstick hands. The modern version is, of course, the Moonwatch, which is (aside from a newer bracelet, slightly upgraded movement and a fancier box) functionally unchanged from the original. 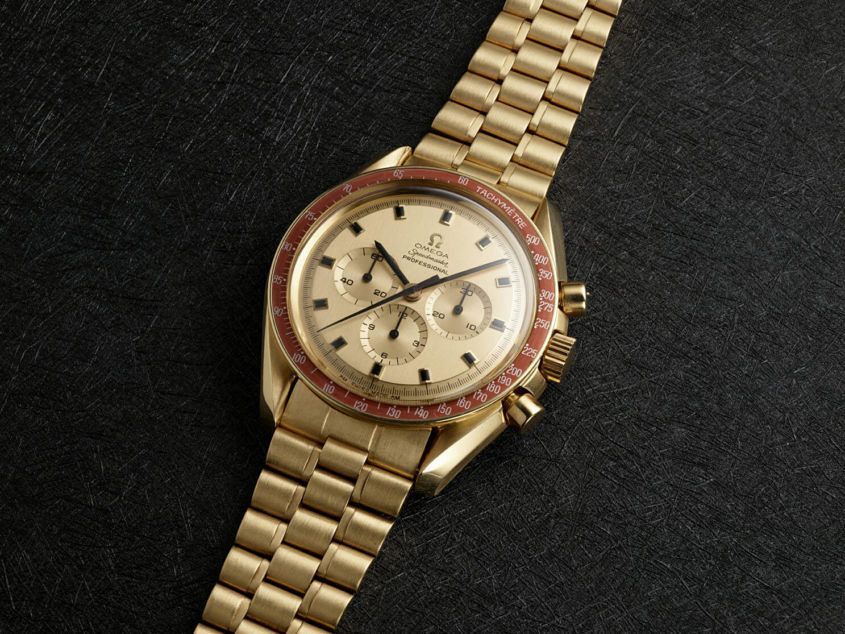 To celebrate the success of the Apollo 11 Mission, Omega produced its first limited edition Speedmaster, a solid gold version with a burgundy bezel. Only 1014 of these watches were made, with the initial series being presented to President Nixon and NASA astronauts. Earlier this year, Omega released a commemorative limited edition in a new alloy called Moonshine Gold. 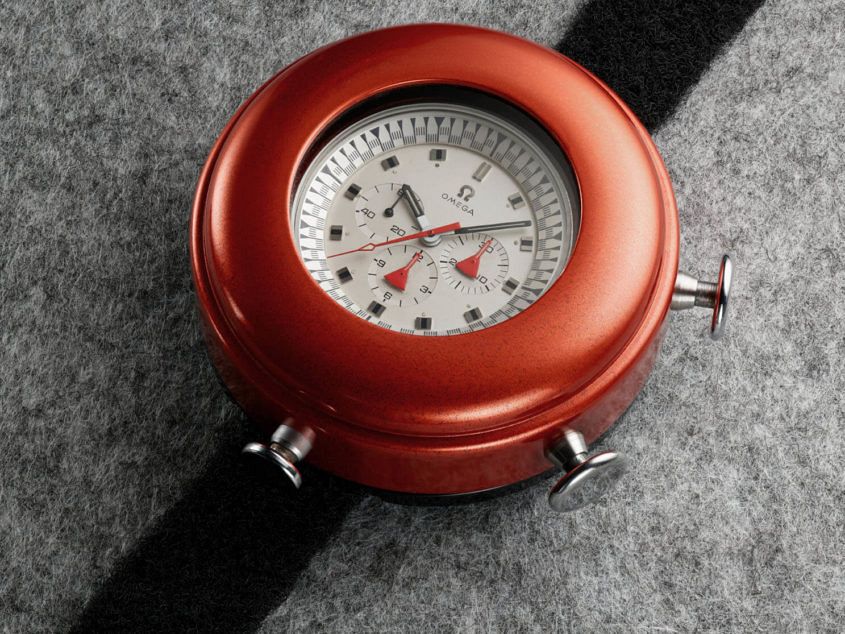 Clearly 1969 was an important year for the Speedmaster. There was the moon landing, the gold Speedmaster and this watch, the Alaska Project. This distinctive watch was conceived as a watch designed specifically for space, an evolution of the already-certified Speedmaster. Alaska Project was the code name, and featured a red aluminium exo-case that was designed to function as a heat shield. If you’re looking for a modern version of this, you’re out of luck — it was reissued in 2008, and a run of 1970 pieces. In terms of getting that polar dial look in the modern collection, perhaps this is your best bet. 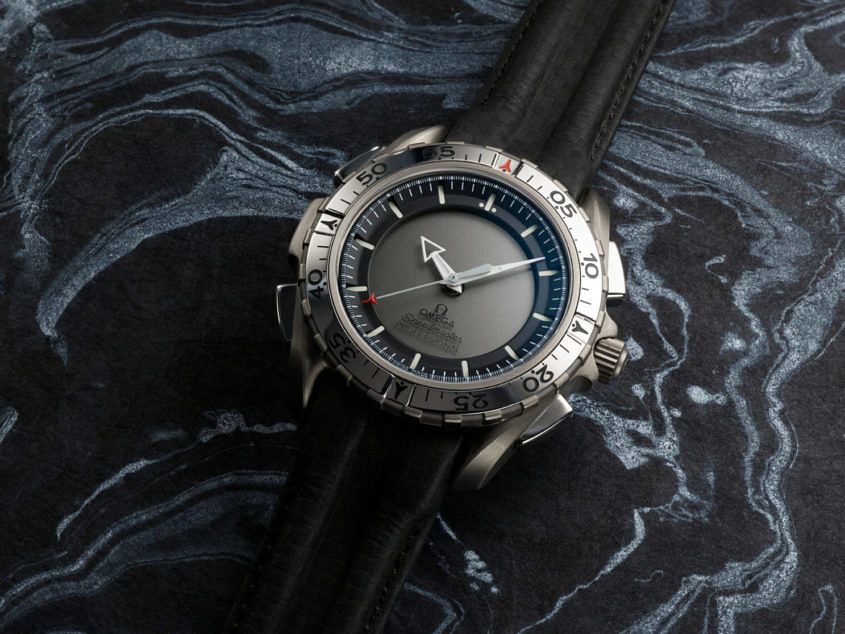 The result of years of research and development with NASA and the ESA, the Speedmaster X-33 represents the evolution of the Speedmaster, with physical hands overlaying a multi-function LCD display and a titanium case. This watch is made not just for the moon, but for Mars. There are several digital Speedmasters in Omega’s catalogue today, with the Skywalker X-33 being the closest equivalent to the 1998 original.