Wear and tear often bolsters the appeal of a vintage watch. Picture a chronograph dial aged to a warm tropical hue, or a pilot’s watch overshadowed with caramel patina. Rather than signs of decay, such well-worn details are celebrated as adding character and authenticity. Like the laughter lines on an old man’s face, they’re testimony to a life well-lived. Yet there are limits … 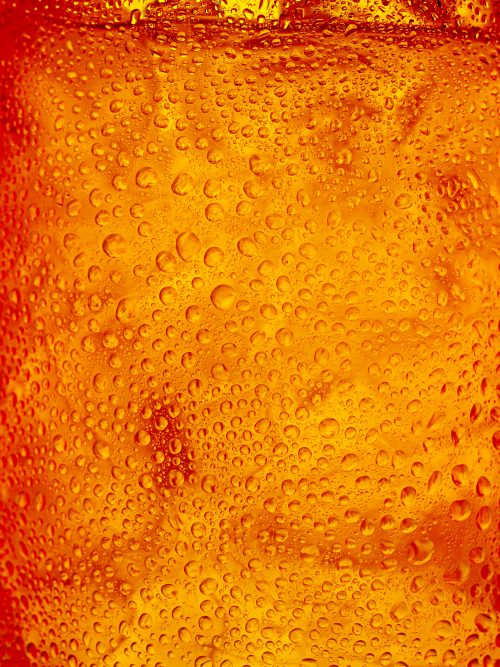 It wasn’t an expensive watch. I’d picked up my Omega Seamaster about 20 years ago in Melbourne’s Block Arcade. Hailing from the 1950s, this was a pleasantly discreet timepiece, a steel-cased dress watch with gold hands and hour markers. Subbing out the leather strap for a NATO number, I wore it almost every day.

Its untimely demise was hastened by the type of self-sabotaging hi-jinks that only blight your life when you’re an excitable 20-something and it’s the Friday night of a long weekend. The specifics of the evening’s shenanigans thankfully remain hazy. But it involved half a dozen bars and a godawful drum and bass club (where I somehow lost my phone), before I eventually stumbled back to my Sydney apartment just before 5am.

Eventually surfacing in the early afternoon, I padded around the flat with a throbbing head and a gutful of self-loathing. The rest of the day was spent lying on the sofa in my underpants quietly groaning as I recalled more embarrassing fragments of the night.

About 5pm, I reluctantly braced myself to venture outside. That’s when I noticed it. By the side of my bed I’d placed a couple of glasses full of Berocca-infused water in a doomed attempt to stave off my hangover. This should have been a smart move, except I’d conspicuously failed to drink either of them. 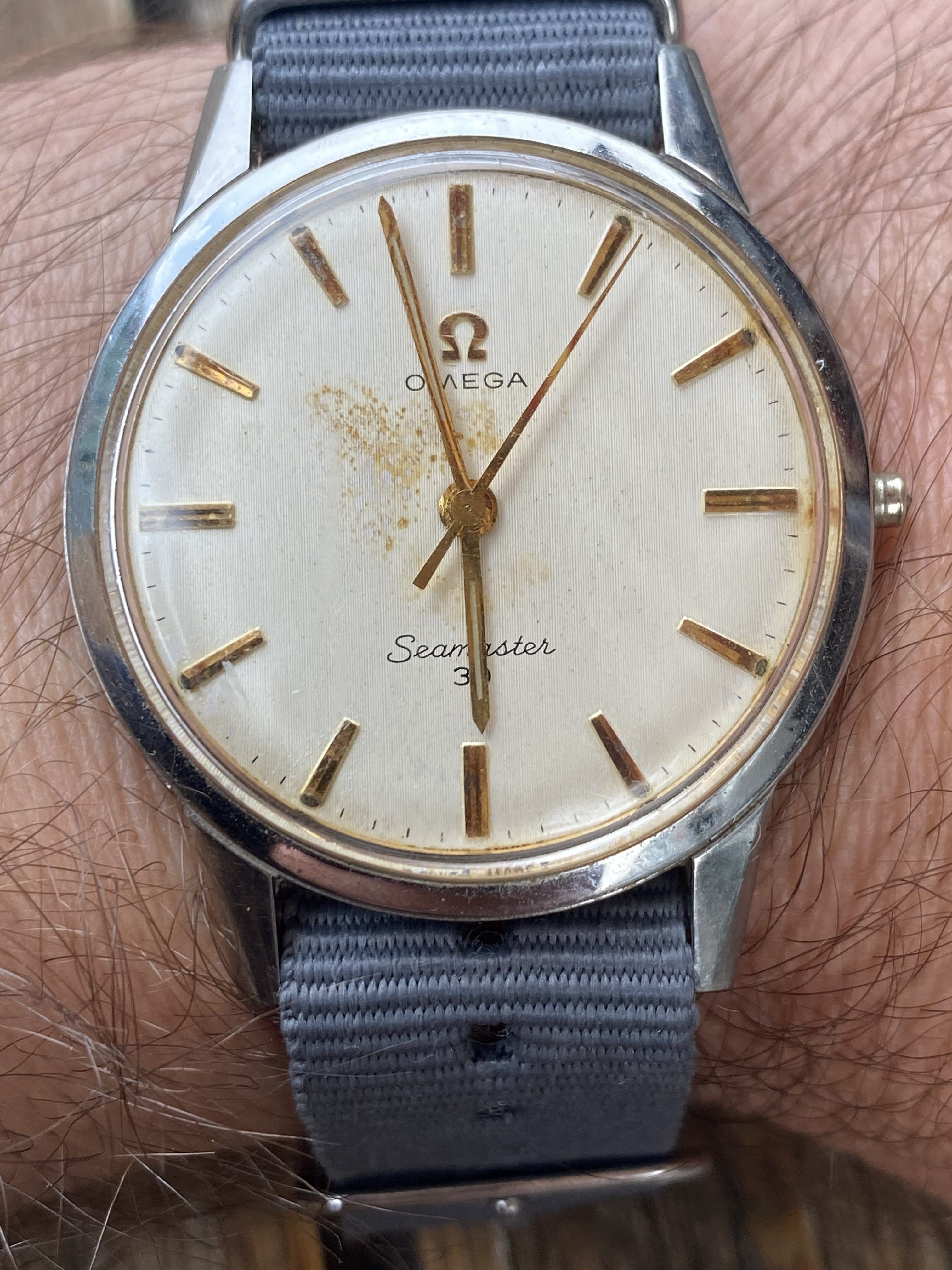 The result of Omega Vs Berocca

Instead, sunk at the bottom of one pint glass was my unfortunate Seamaster. I’d obviously knocked it off my bedside table into the glass where it’d now been marinating for almost 12 hours straight.

The watch, not surprisingly, had stopped dead. The inside of the glass was bleary with condensation and the dial was now marred with an ugly stain plumb in the middle.

The following week, I took it along to a watch repairer, more in hope than expectation. Sheepishly, I cobbled together some tall story of how the damage had occurred – somehow I couldn’t bring myself to confess the dismal truth. 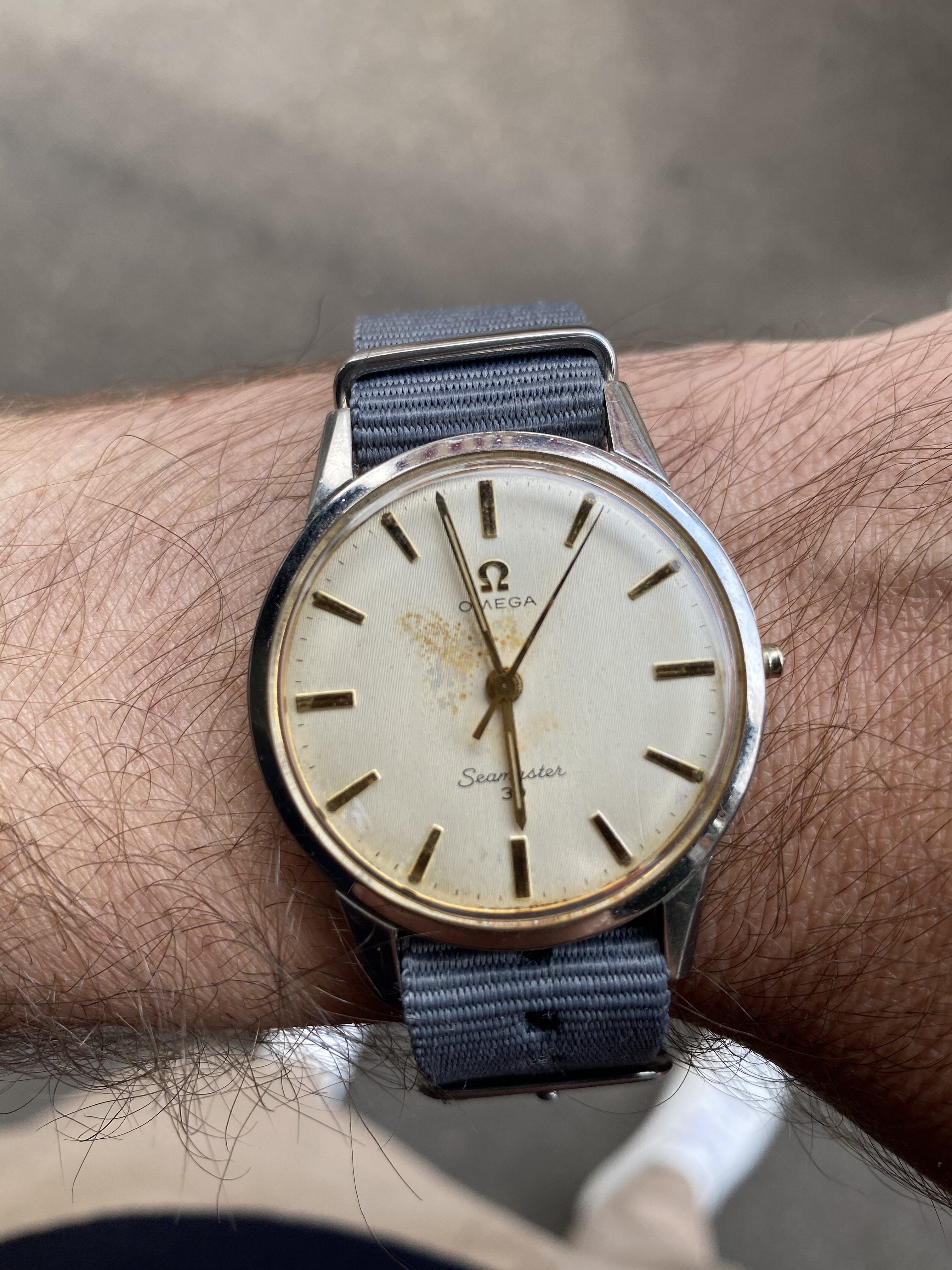 The stain on the dial proved impossible to remove

Miraculously, the repairer did manage to coax the Seamaster back to life, but the stain on the dial remained.

For years, that blotch on the watch-face served as a form of cautionary tale. Every time I glanced at my wrist, I’d wince at the memory of my stupidity. The stain was like a daily admonishment to try to live with a little more self-control. 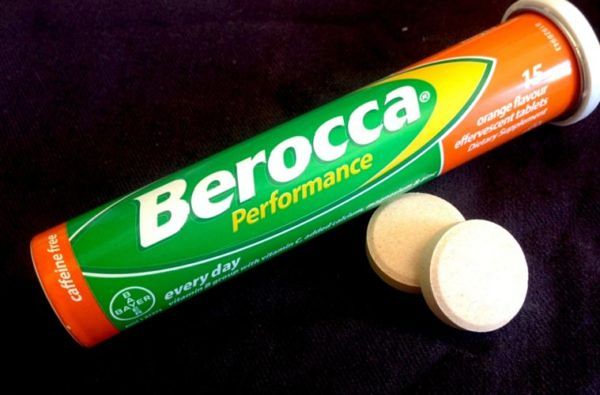 Many years later, that watch still sits glowering at me from a corner of my desk drawer, like a wounded animal. I haven’t worn it for well over a decade after the crown came off in my hand. The moral of the story: don’t underestimate the corrosive properties of Berocca.