Editorial Director of Petrolicious, a site and production house dedicated to showcasing the world’s finest classic cars and their owners, Ted Gushue has an instagam feed (@TedGushue) that’s unsurprisingly dominated by breathtaking cars. So, when we began spotting the occasional timepiece dotted among the vintage BMWs and Porsches, we wanted to know more from this LA-based man of style – starting with this beautiful example of a Rolex GMT Master 1675. 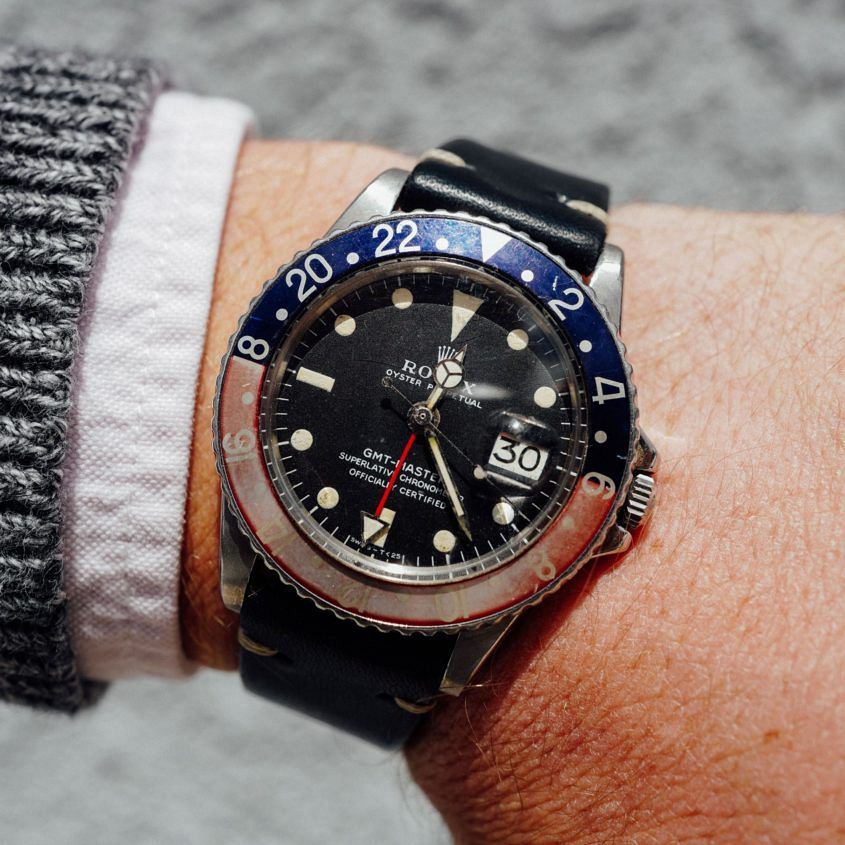 What’s the story behind this watch?
My dad wore what could very well be this exact watch while he raised me, up until about age 14. It was an engagement gift from my mother – they’ve always been into timepieces as symbols of major life events. He sold it when he bought the stainless Daytona, when that was released. I was always kind of heartbroken that the watch left our family, so in the back of my head I’d been looking for one. I have a really close relationship with my watch dealer, and when I told them the story, they went above and beyond to help me track down something that fit the place in our family’s history. In all honesty there’s no way for me to verify that this one is his watch, but it’s rare to find that kind of relationship with a dealer, when you happen to mention a story like that to them and they go to work in the background. I was really lucky to find that.

And where have you and your Rolex been together?
Everywhere I’ve been since I bought it in June 2015. It’s barely left my wrist. I wore it during the Monaco Historic Grand Prix, during the Mille Miglia, and to Wimbledon this year. It’s the most versatile watch ever made in my opinion. I will say however that I prefer not to get it wet. No reason to test the seal on something so special. 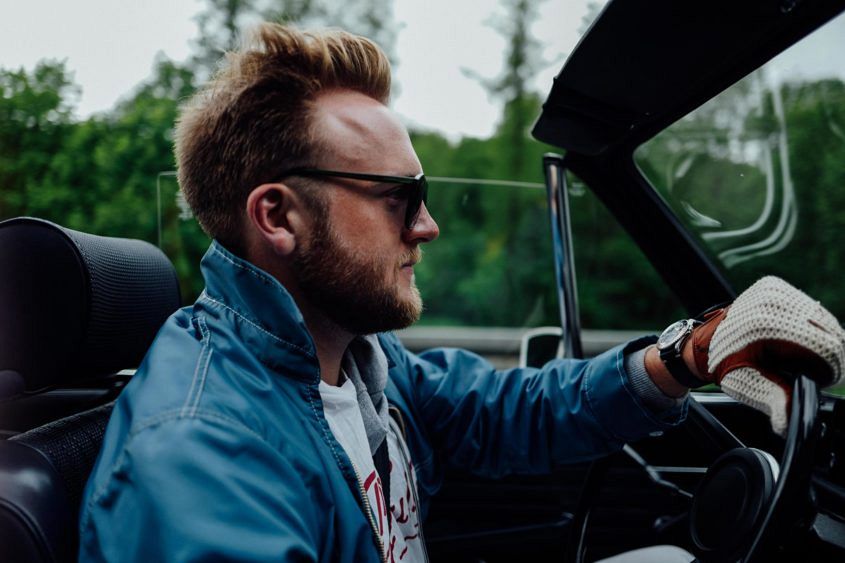 What does this watch say about who you are?
I’ve got a uniform that I generally wear every single day: navy blazer, button-down shirt, trousers, loafers and a GMT or a Submariner. My dad started that trend in our family – classic WASP vibes. Christ I sound obnoxious. But I don’t think I’ll ever be a Hublot guy, for instance. That aesthetic just isn’t me. It’s not in my nature.

So, tell us about your other watches.
They all have a story behind them that I’m proud of. The Submariner is from the year I was born, 1988. My Movado Datron was owned by a dear family friend who passed away. My Chopard Mille Miglia Chronograph was given to me by Chopard for competing in the Mille Miglia. But the GMT has the most powerful connection to where I’m from and where I’m headed. 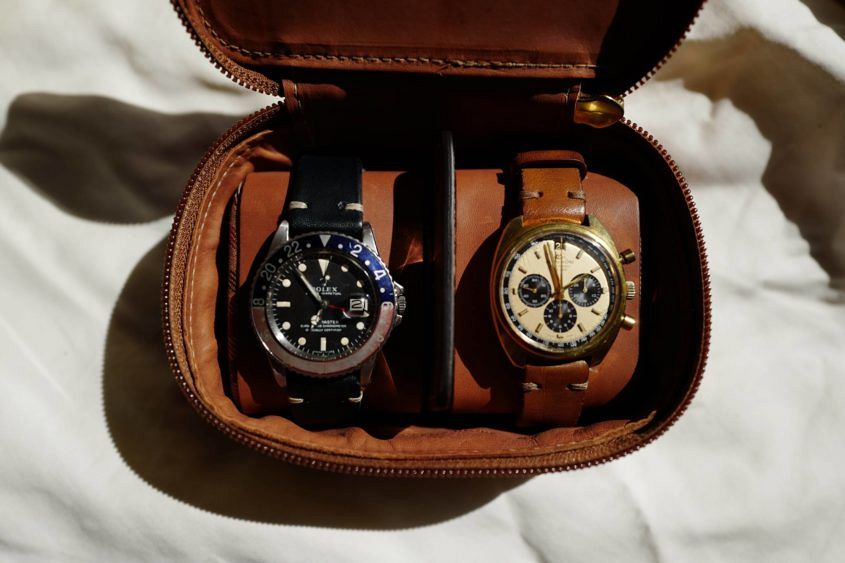 We also spotted this interesting piece on your Insta feed.
That’s the Autodromo Group B Evoluzione, an incredibly designed watch that channels so much of what’s to love from the Group B era of racing. It’s designed by my pal Bradley Price in New York, with some of the machining work done by my friend Neil Ferrier. 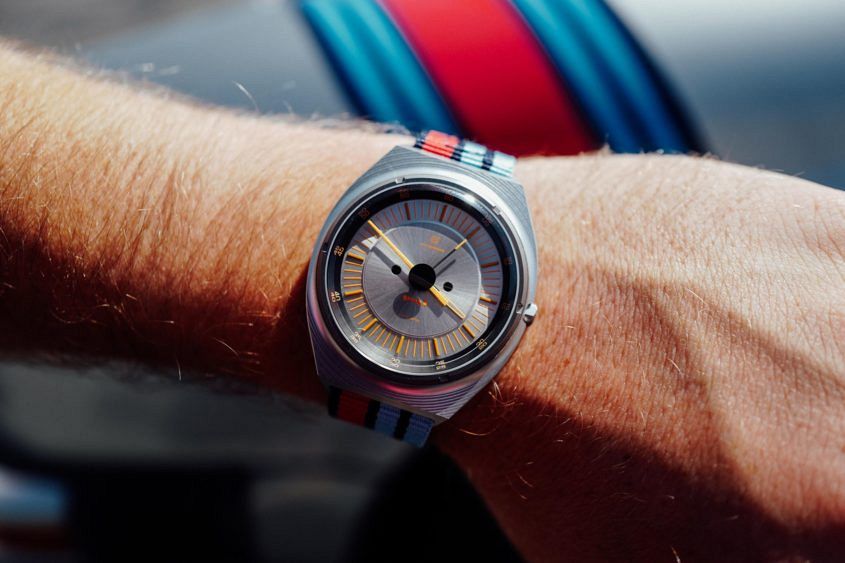 And if you could add something new to your collection tomorrow, what would it be?
I’m actually about to pull the trigger on a black-dialled 18k Rolex President. It’s just unreal. Such a classic look, and probably the only watch you could pull off in 18k gold without looking like a drug lord.

Do you think there are similarities between ‘car guys’ and ‘watch guys’?
Of course – they’re two sides of the same coin, just on a slightly different scale. How could you not be fascinated by a tiny engine on your wrist powered by the motion of your body if you’re a car guy? And how could you not be turned on by a 1960s Porsche if you’re a watch guy? 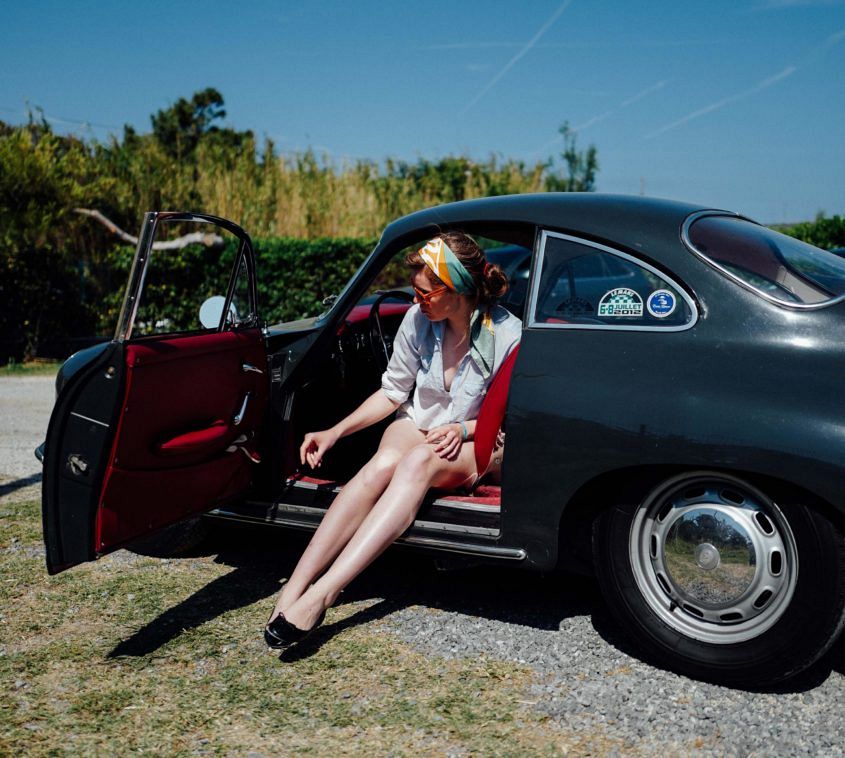