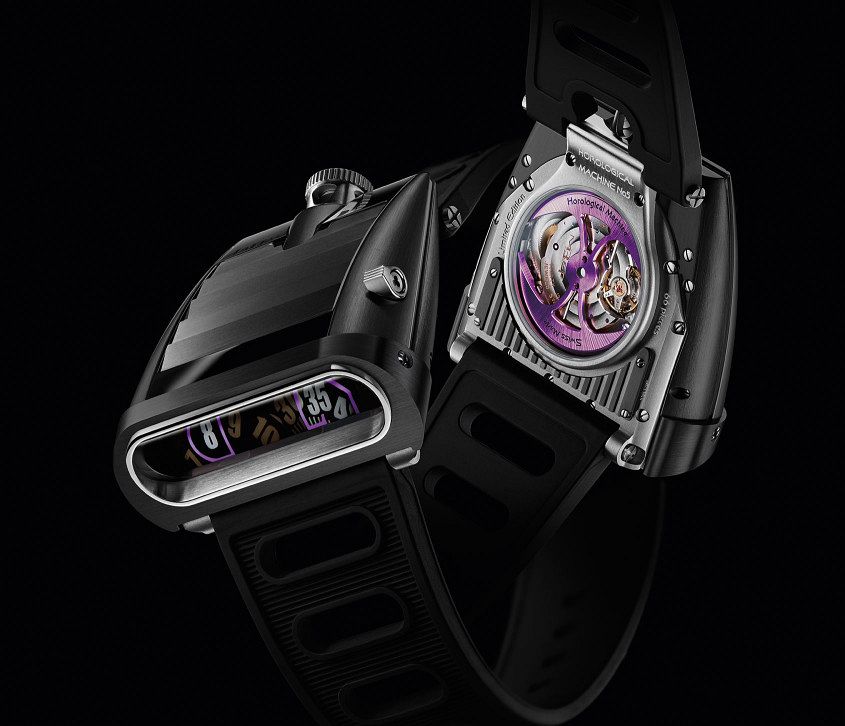 The MB&F HM5 CarbonMacrolon in all its dark glory

Ok. If you’re not down with Swiss independent horology the above headline might not make to much sense. What’s MB&F? CarbonMacrolon? The only acronym that might be in your mind is W, T & F. Which is valid. 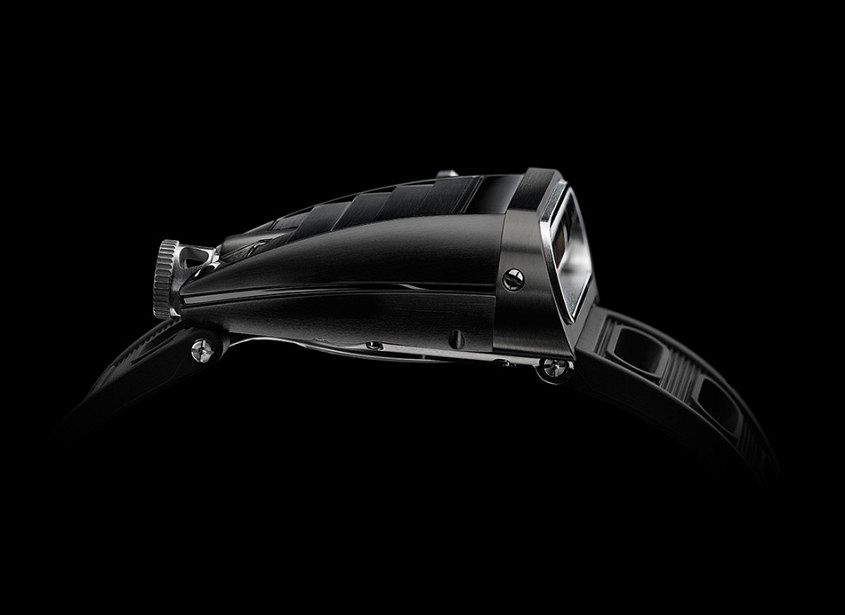 So let’s break it down. MB&F is short for Maximilliam Büsser and Friends – a very boutique Swiss independent company famous for it’s short run projects, often cherry-picking some of the industry’s best and brightest to work with (that’d be the ‘Friends’ part of the equation). The watches of MB&F aren’t your typical timepieces – they’re hard to pigeonhole, but if I had to I’d put them anywhere, it would be in the ‘fantastic sci-fi inspired sculptural statement piece’ space. As for their price-tag, it’s from the future too; in a world far, far away when your mortgage is a distant memory. While the most affordable piece you might get your hands on starts at around the 50k mark on Chrono 24, for a laboured over, painstakingly handcrafted, hand-engraved, pretty much singular piece that brings the art gallery to your wrist you could do a great deal worse. I mean, look at this thing…. Avant garde in watchmaking is often a euphemism for ugly. Not in this case.

The Lambhorgini Miura, inspiration for the HM5.

So, MB&F is the brand (part brand, part collaboration, part cult art practice) and the HM5 is the watch. It is short for Horological Machine #5 and is the fifth incarnation of MB&F’s iconic collection. The HM5 takes for its design inspiration the seventies sexy Lamorghini Miura, all sleek lines and iconic louvre design (louvre is not a word often used in high end watch making FYI), and the retro-futuristic cool ‘70s direct read watches, like the Amida Digitrend. 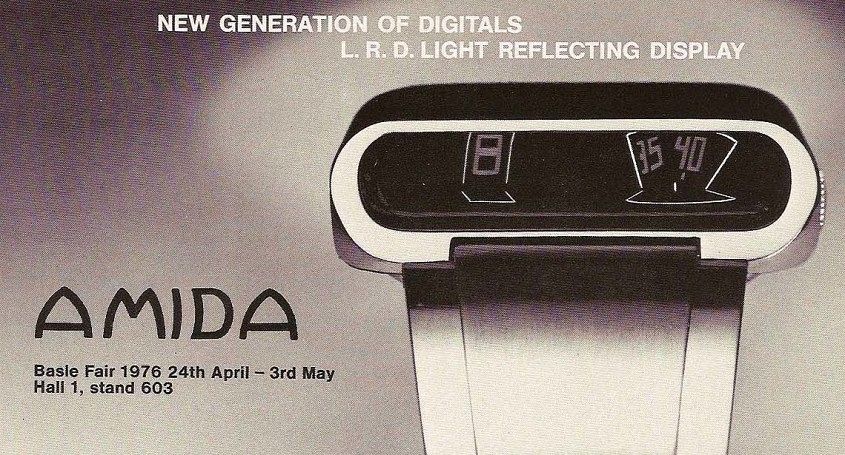 An ad for the Amida Digitrend – a more direct horological inspiration for the HM5.

The HM5 takes these elements, adds exquisite build quality, stirs (not shakes) and then adds a healthy pinch of ‘boys and their toys’ appeal. The result is an unusual flavour that goes straight to your head. It may not be to your taste, but you can’t deny – as you note the Batman shaped rotor – that it’s an intoxicating experience. 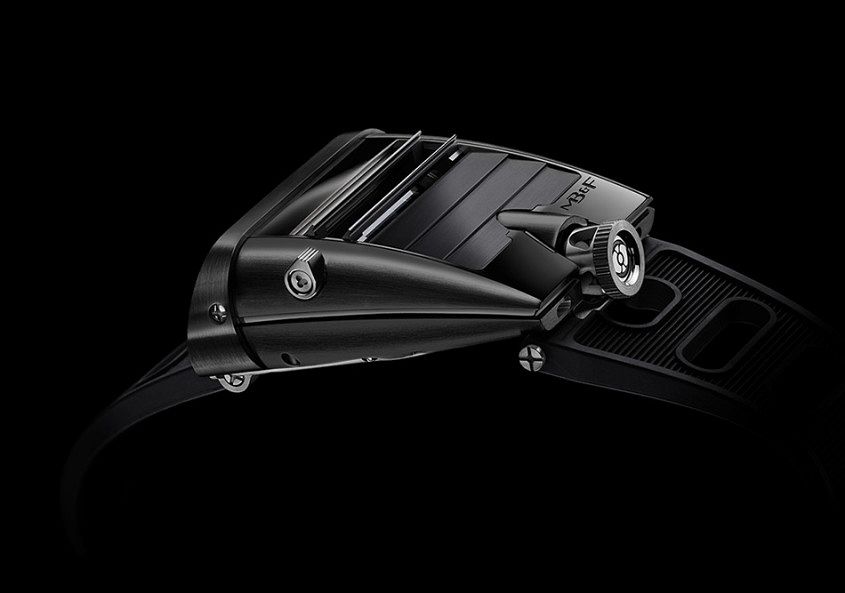 Looks just as good from behind as in front.

But what of CarbonMacrolon? Well, this is where things get interesting. The HM5 has been around for a while now, but this limited edition of 66 pieces (by the way, that’s a proper number for a limited edition) is made of a brand new material called Carbonmacrolon. MB&F wanted this watch to be black, but rather than PVD coat a steel watch like 99.95% of other brands would have done they went out and spent 18 months developing a whole new material. The result is CarbonMacrolon a “dense black polycarbonate resin reinforced with carbon nanotubes” – sounds very technical, but the end result is that it feels like steel, can be worked like steel and is hard as steel. The groundbreaking and revolutionary part is that the material is black all the way to the core. So the darkness won’t scratch or wear off. The question of ‘got any blacker’ now has an emphatic answer – no, we don’t. This is bad, and as black, as it gets.

So, cool boutique brand make a retro-modern watch out of a super cool futuristic material. What more do you need to know?

Well, how about price?

The MB&F HM5 CarbonMacrolon will retail for $74,250 AUD and is available in Australia exclusively through The Hour Glass.