Johnny Dowell, a.k.a King Nerd – who was one of our Londoners featured recently in a series by European Editor Mike Christensen – is a watch customizer with a very sharp point of difference. He is an engraver, and applies his craft to watches, among other things – it’s a world of traditional craftsmanship you wouldn’t necessarily associate with street cool wristwear. Today I’m knocked out by his flamboyant collaboration with on-the-march G-Shock in the King Nerd x G-Shock GM-6900GKING-9ER. In this gold version of their tough GM-6900, the IP-plated case and über-cool King Nerd designed patterned strap turn our perceptions of a traditional high tech tool watches upside down, and I love it. 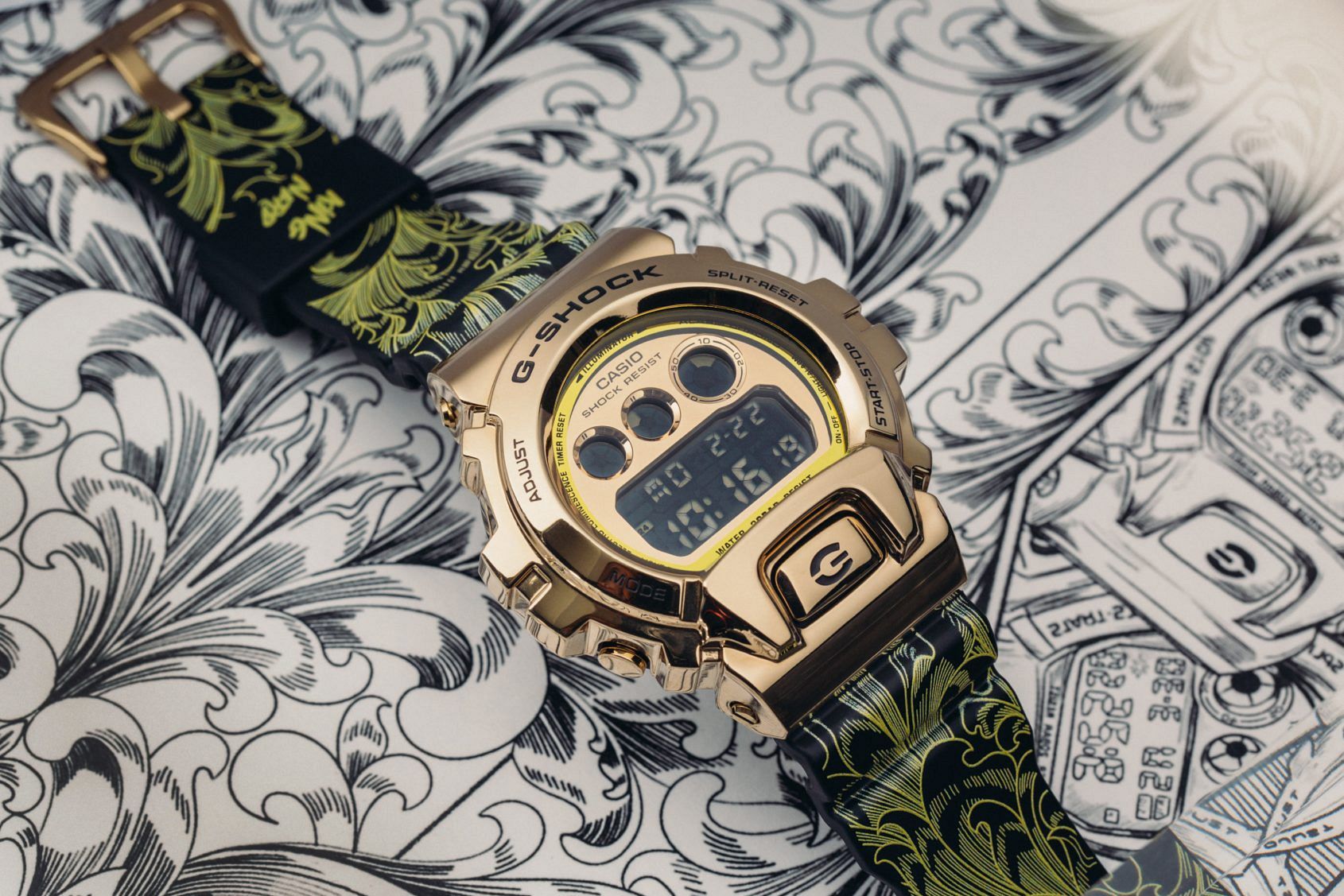 From sharpening his skills at Bamford after working for the world renowned gunsmiths James Purdey & Sons, Johnny has become the go-to for some of the wildest, most exciting collaborations in the world of independent watchmaking. from Linde Werdelin to Urwerk, and from coins to camera cases. Johnny has an otherworldly skill, that has put a delicate twist to the alien pod-like creations of Urwerk and the unbreakable tool aesthetic of Linde Werdelin. From coin-based artwork to the intricate dinosaur-motifs, Johnny is proving to be money.

G-Shock has intstant sell-out value with their collabs, so even if I’m writing this as fast as I can, the chances are that the 300 pieces of golden wonder will be far gone already. The unbreakable nature of a GM-6 is here rendered in an IP-plated golden stainless steel case, and the flash is in the combination with King Nerd’s strap design. A yellow inner edge on the display of the G-shock is picked up a crisp print of botanical swirls on the strap. This unusual combination provides an instant hit to a part of my brain suffering from vintage-fatigue, such is the sheer refreshing otherness. 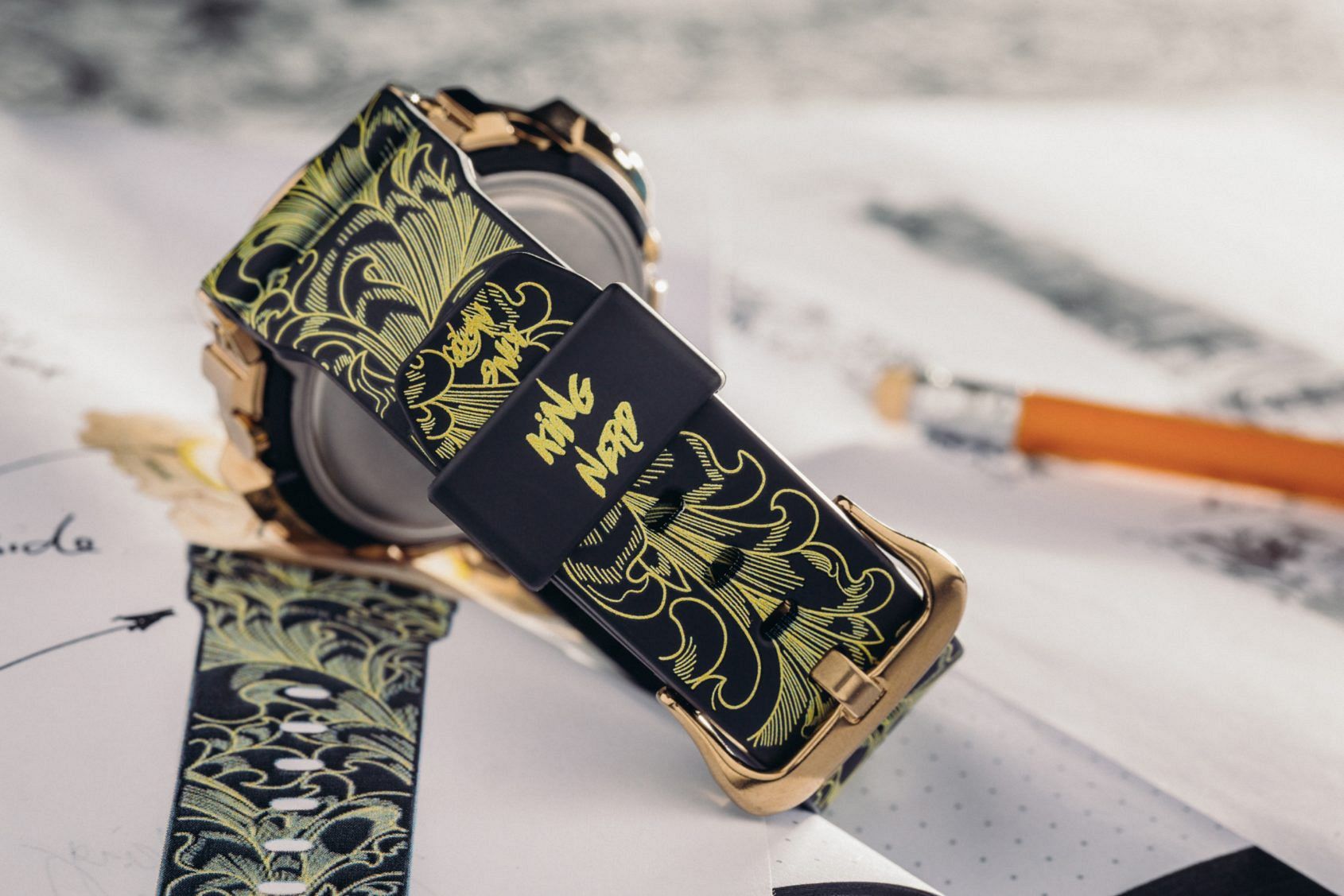 While we’re used to seeing this large G-Shock tool in matte colours on the wrists of commandos and adventurers, King Nerd turns your perceptions on their head. I love the brilliance in the juxtaposition of what is a rather large space-pod-design-like digital tool, encased in gold, a gold that logically should’t work with a fresh yellow accent, but damn if it doesn’t give the G a proper pop! 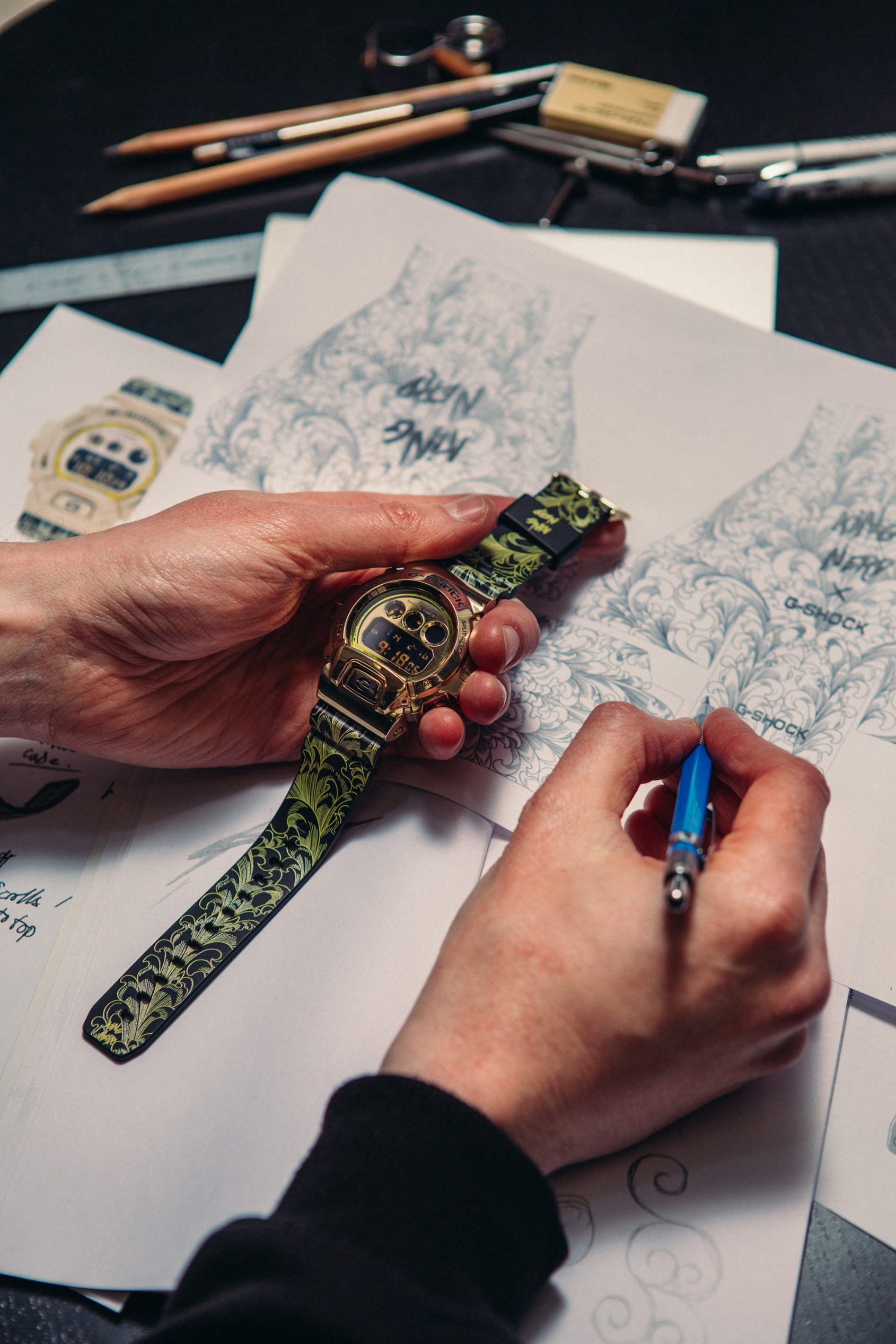 This would have been sharp on its own, but what does it for me is the strap. Johnny has added another level of well, sharp contrast in the GM-69000 being strapped on by the comfortable resin strap we know, transformed by an embellishment of ornate traditional leaves. Describe it to someone and you’ll get a quizzical look, so just make sure you’re quick enough to get one before they realize what this cohesive package brings to your wristgame. 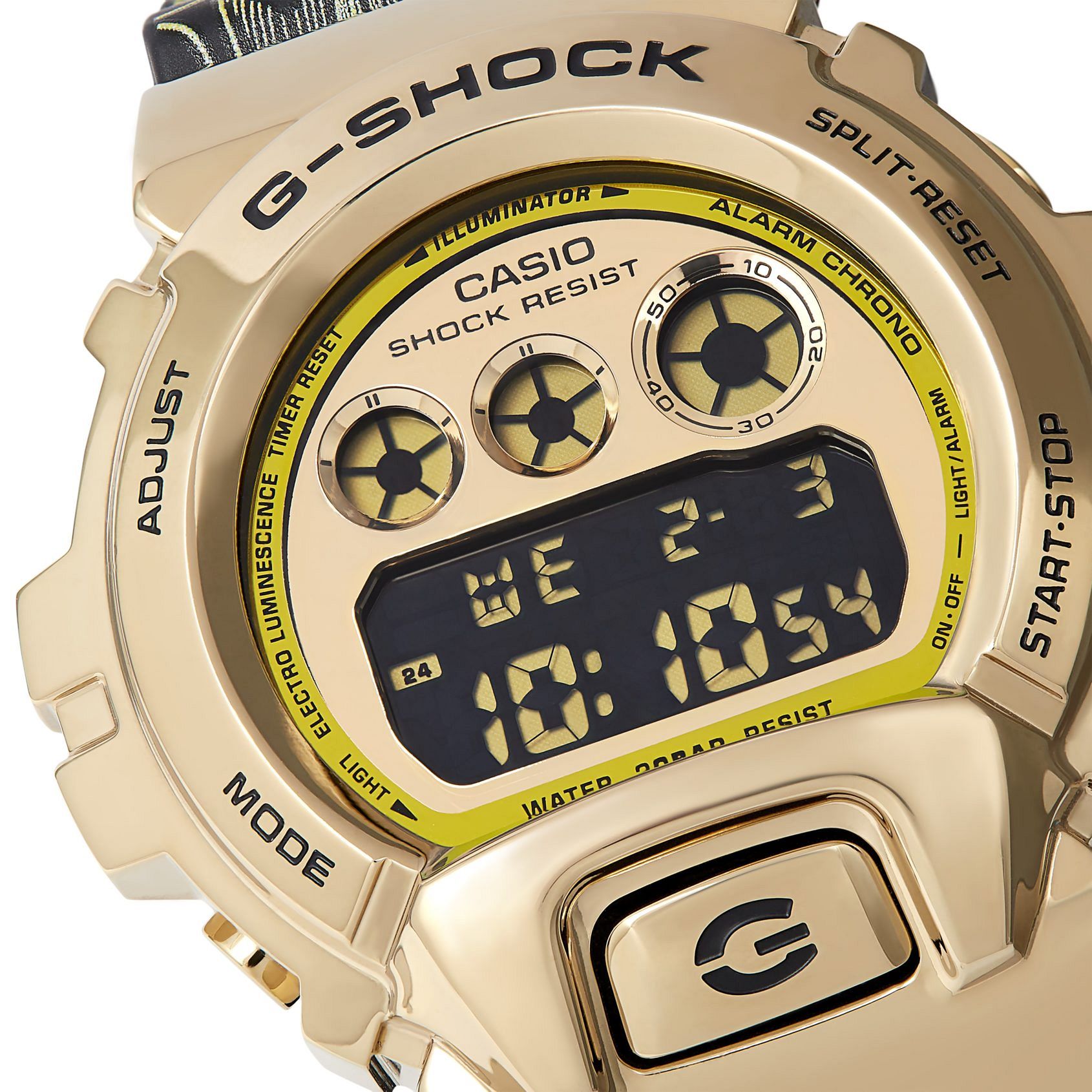 No matter the infused juxtaposed beauty, the GM-6900 is nothing but a pure tool watch at heart, with the host of features we have come to expect from G-Shock. It’s got a dive ready 200 depht rating, featuring strong electro-luminescent backlight, flash alert, countdown timer, alarm, and calendar.