There’s no denying how many of us are often frustrated by the frequent “mild updates” launched by brands — new dial colours, new case and bezel materials, and the like; however, this year in Geneva, Zenith were one of the few to do so with such thoughtful execution that we couldn’t not make it a point of discussion. Yes, we’re talking about the beloved Cairelli chronograph reissue, the Pilot Cronometro Tipo CP-2 Flyback, unveiled in bronze (as well as aged steel) for 2018. Bronze continues to gain huge traction in the “accessible luxury” segment, and having first capitalised on the trend in 2015 with the bronze Pilot Type 20, creating a bronze CP-2 was a logical choice. 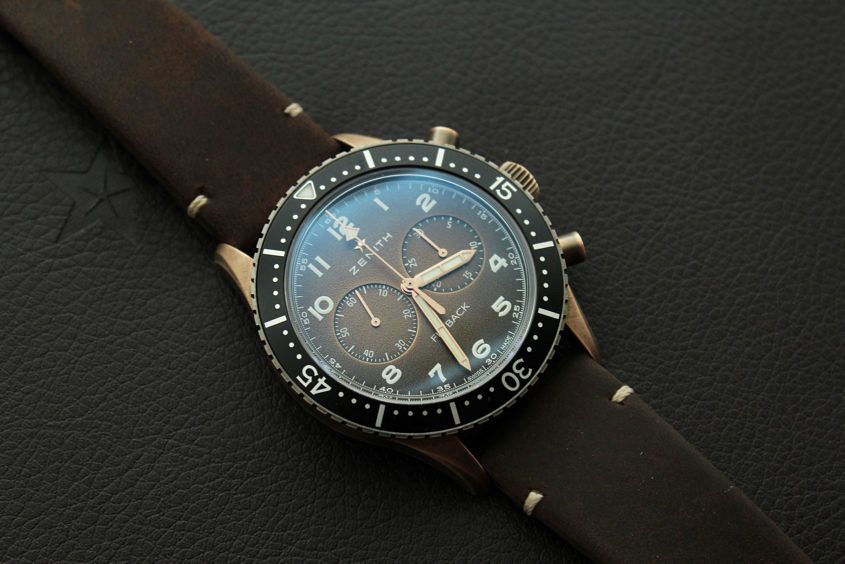 Surprisingly, one of the key selling points of the new CP-2 Bronze Flyback Chronograph has nothing to do with its sexy new casing. For 2018, Zenith decided to up the ante by fitting the piece with its El Primero 405B caliber: an automatic column-wheel chronograph movement with flyback function, and a 50-hour power reserve. In celebration of this upgraded caliber, Zenith have fitted the new model with a sapphire display caseback, allowing its new owners the opportunity to admire the brand’s longstanding technical prowess. 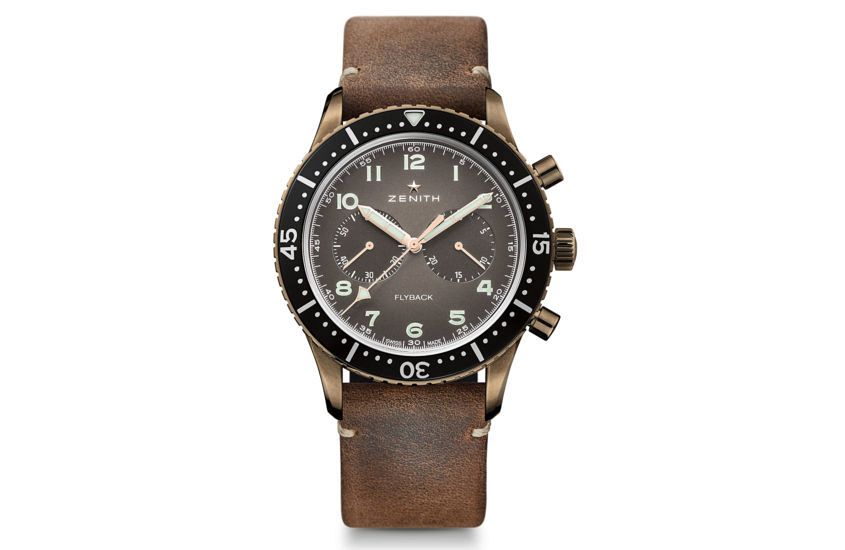 Obviously aesthetics also play a significant role in the new CP-2’s charm, especially to those who were enamoured with the brand’s Type 20 models to arrive in 2017. Matching its slightly aged bronze case is a grained brown dial with a subtle degrade effect — one we found to be a fair bit more prominent than it appears in press imagery. For 2018, Zenith are (logically) branding the CP-2 as part of their Pilot line, rather than falling under a separate category. This change makes a fair bit of sense, considering their use of bronze and aged steel for these new models mirrors the recent additions to the Type 20 line. At 43mm across, and 12.85mm thick, the CP-2 is by no means a small watch, though it wears much more comfortably on smaller wrists than the 45mm+ Type 20 models. 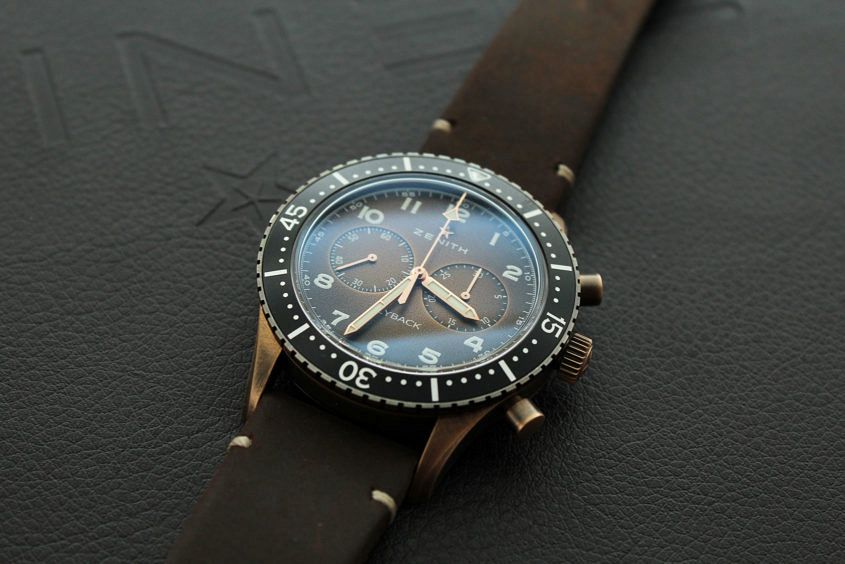 With new materials, a funky new dial, and a new caliber, you’d be quick to think the new CP-2 Bronze Flyback Chronograph would come with a new and increased price, right? Wrong. Even with all the changes, Zenith are offering the new model at the same 7600 CHF entry price as its steel sibling. According to HQ, these new pieces should be destined for retailers somewhere between February and March 2018.