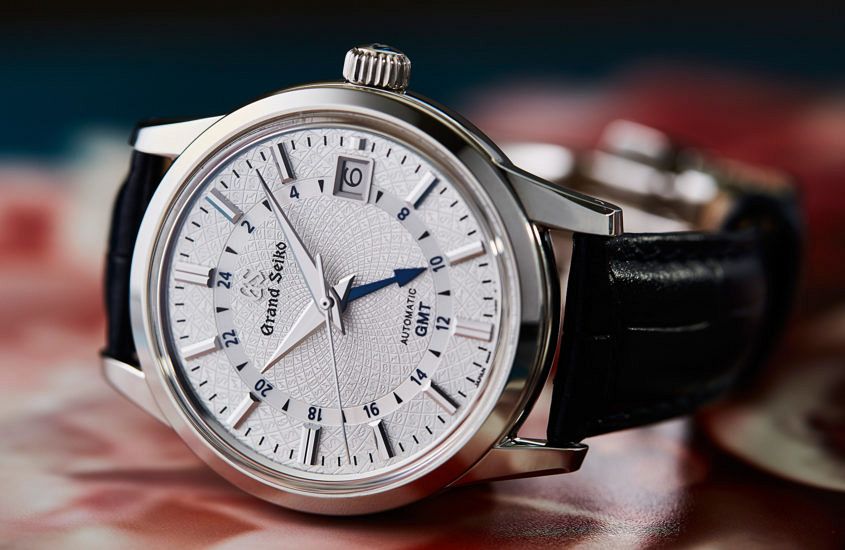 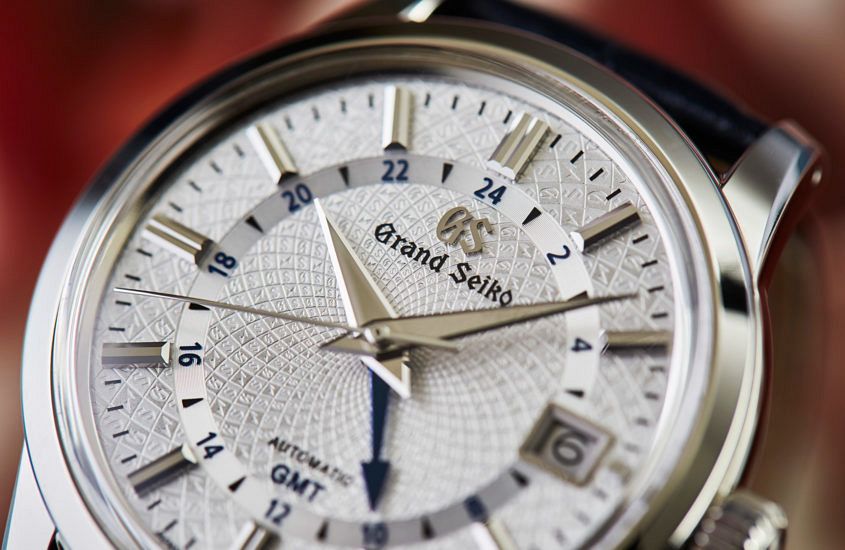 Most of Grand Seiko’s mechanical watches are built around one base — the 9S calibre, which turns 20 years old this year. The brand has celebrated with a series of limited editions, and this, the SBGM235, is the latest. Coming from the brand’s elegance collection, the SBGM235 follows the same fundamental form as the cream-dialled SBGM221, with a 39.5mm round steel case, and the 24 scale nested neatly inside the typically faceted and polished Grand Seiko hour markers. 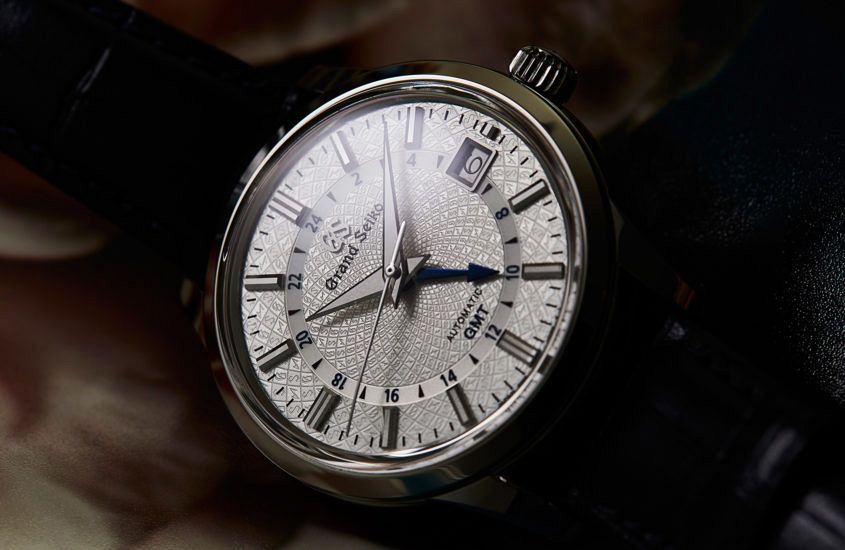 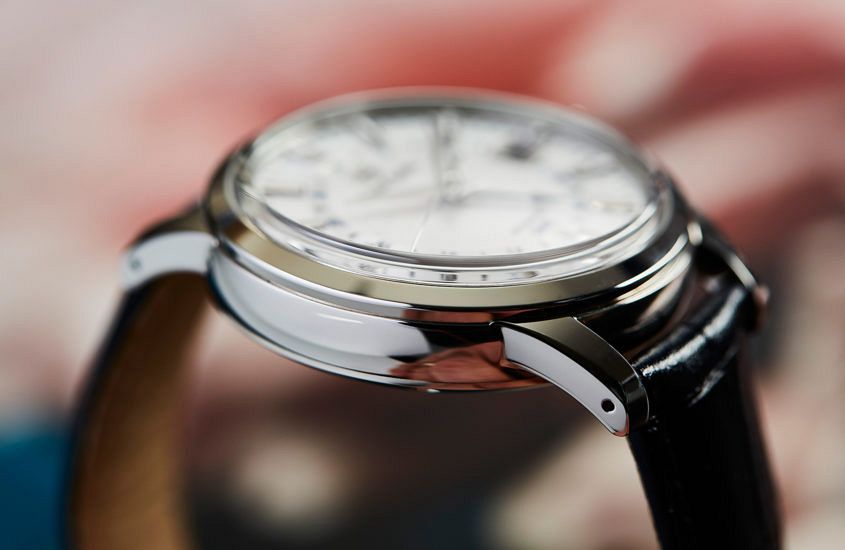 And while the fundamental design of the watch may be familiar, it’s the details that stand out. On the back, the 9S66 movement is celebrated with a commemorative caseback in Grand Seiko’s distinctive dark blue. And while that’s nice, it’s the dial where the action is. Like other 9S commemorative models, the dial is printed with a radial mosaic pattern, a pretty repeating motif of ‘G’ ‘S’ and the older Daini Seikosha logo. And while the other 9S anniversary pieces make liberal use of colour, the SBGM235 keeps it clean with a plain silver dial, with the exception of the GMT functions (hands and hour indicators) in blue. 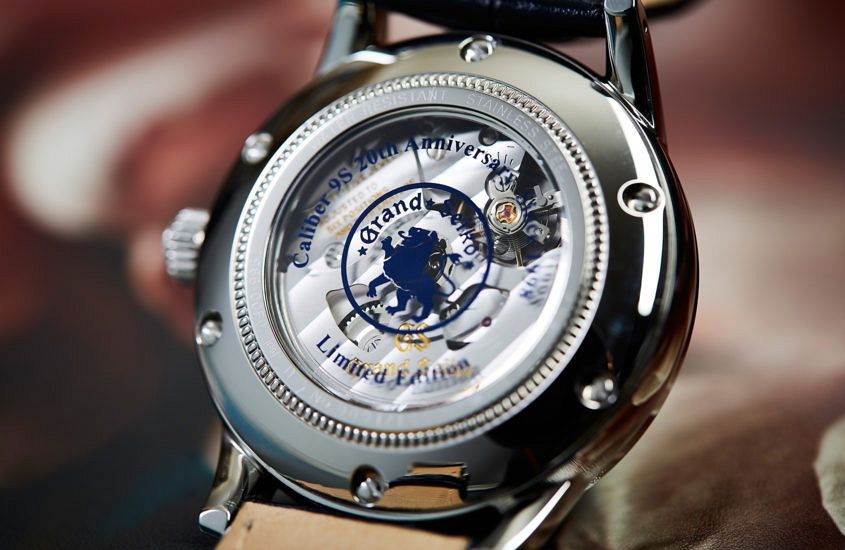 It’s a classy and distinguished Grand Seiko that wears well on the wrist, and comes equipped with a dark blue alligator strap, and for the artic or adventurous, a nice white leather option, too. It’s limited to 1000 pieces. 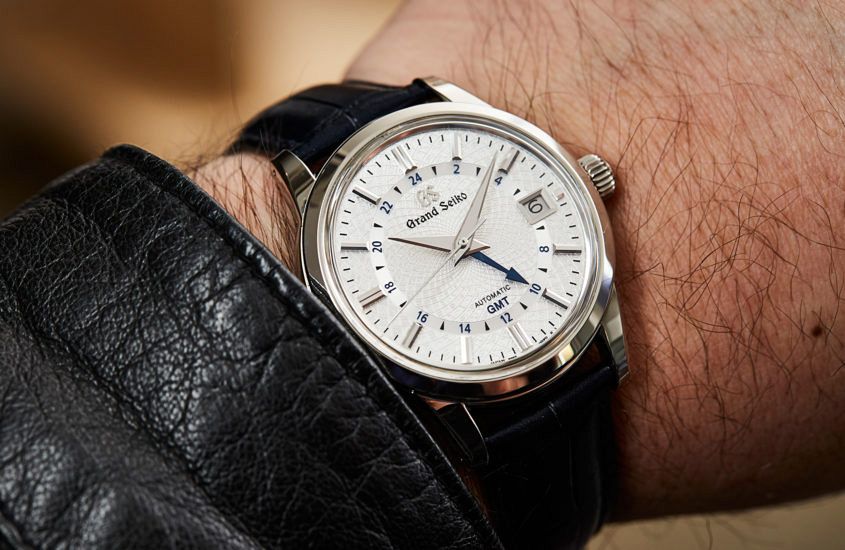