What’s in a name? Quite a lot if you’re the greatest Formula 1 driver of all time. But while Lewis Hamilton is used to zooming to victories on the track, he’s just skidded to a big loss in the law courts. The racing driver has just lost a three-year legal battle with the Hamilton watch brand over his attempt to void their trademark on the name “Hamilton” across Europe.

The Daily Mail reports that Lewis Hamilton’s company 44IP claimed that the watch brand’s trademark had been filed in “bad faith”. This was despite Hamilton producing watches under that name since 1892. 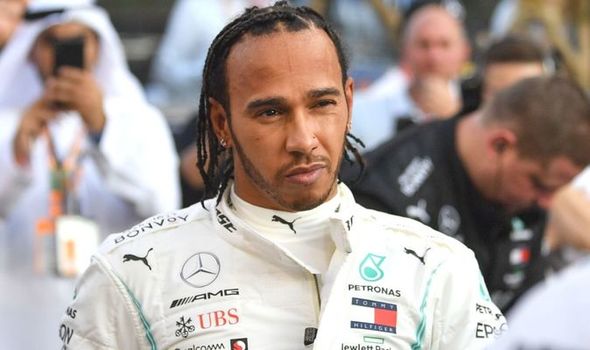 Named after the Mercedes driver’s race number, 44IP attempted to trademark the name “Lewis Hamilton” for a number of goods including watches, smartwatches and jewellery. But Hamilton watches challenged the move.

In a ruling this week, the European Union Intellectual Property Office (EUIPO) refused to cancel the Hamilton watch company’s trademark.  “The argument relating to the IP rights of the racing driver Lewis Hamilton fails,” the EUIPO said.

“There is no ‘natural right’ for a person to have his or her own name registered as a trademark, when that would infringe third parties’ rights.”

The EUIPO statement also noted out the watch brand had been using the Hamilton name since 1892, highlighting this was “before the date of birth of ‘Lewis Hamilton’ as a natural person.”

It’s unclear if Lewis Hamilton’s legal team are considering any further action. But Hamilton is a watch brand with a rich heritage. Founded in the US, the Swatch Group brand originally produced pocket watches for the country’s growing railway network to help improve accuracy and reduce accidents. Since then, the Swatch Group brand has become renowned for its Hollywood cameos, creating watches for a range of films including 2001: A Space Odyssey and Interstellar.