Twenty-seven … that’s how many watches Grand Seiko have already unveiled this year. And that’s not really an accurate statement – 27 new watches have been released to the Australian market. If you include limited editions, boutique editions and models from other regions, the number is closer to 40.

The wheels may well have fallen off 2020 in just about every sense, but Grand Seiko seems to have actually gained a set – making some damn fine watches and trucking through chaos in fine style. Better still, it seems as though someone back at HQ in Tokyo has twigged that 44mm+ watches that are thicker than the new Hodinkee Travel Clock aren’t exactly what most watch enthusiasts want. No, Grand Seiko’s new timepieces are shrinking, and they’ve started exercising – get ready for some curves in all the right places. 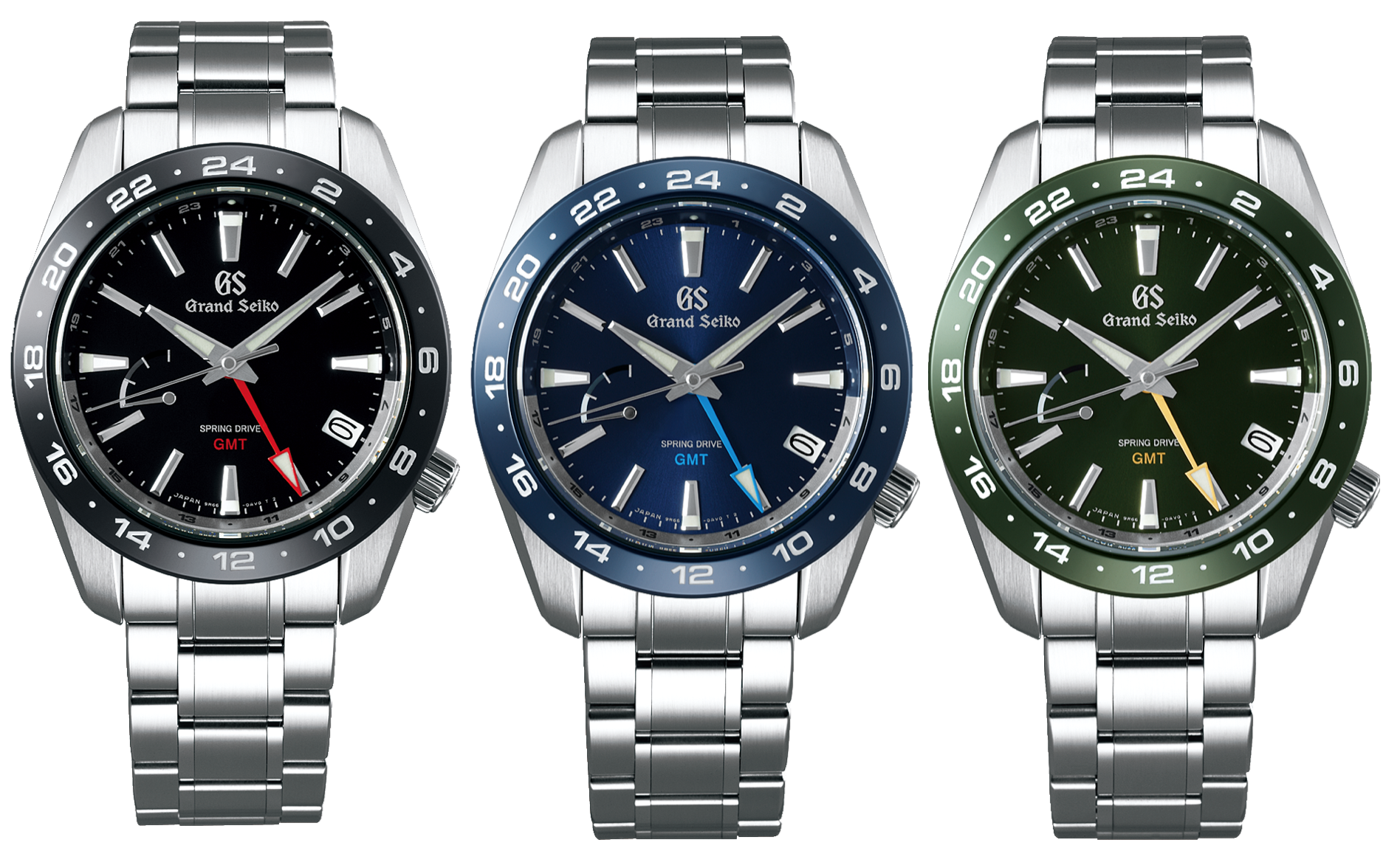 This new-found design philosophy is perfectly demonstrated in their latest releases – the Grand Seiko SBGE253, SBGE257 and SBGE255. These three new GMTs have piqued many people’s interest, and rightly so because there’s a lot to like here.

The stainless steel case, for instance, measures just 40.5mm across and 14.7mm thick, which is very reasonable, considering the mechanical innards. It’s a good-looking case too, featuring an arresting combo of brushed and Zaratsu polished elements that ensure the watch looks just as utilitarian as it does luxurious. Another big talking point of these new travel sports timepieces is the fixed ceramic bezel. Available in three different colours – green, blue or black – these shimmering, glossy scratch-resistant bezels expertly complement the matching colour dials, and feature a very legible 24-hour scale engraved in white for maximum contrast. 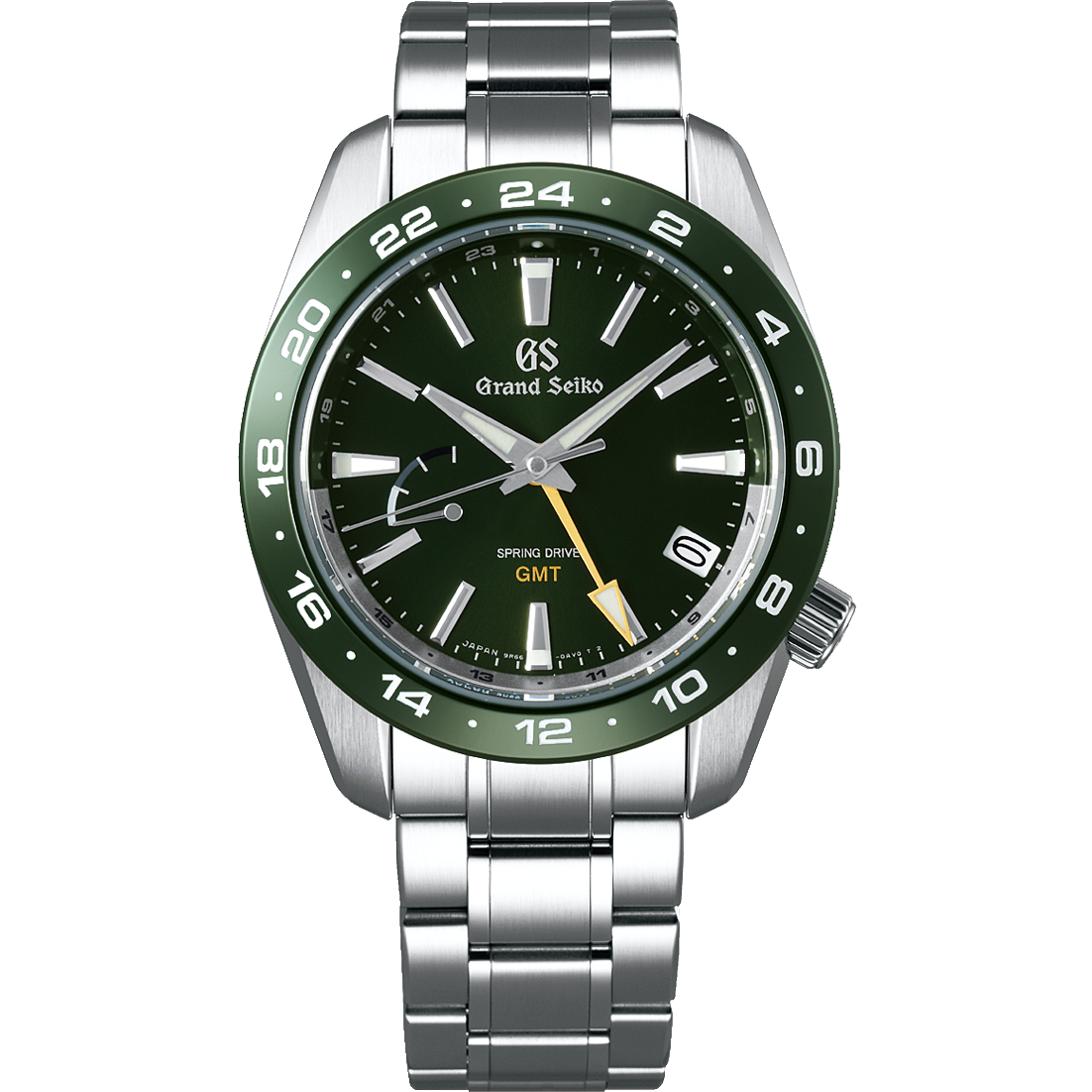 The colour options and dials

Green will, most likely, be the most desired option of the new trio because it’s 2020. Which we get – because it looks bloody brilliant – but don’t discount the navy blue and black dial variants, as they appear to be just as handsome. The dials are laid out and finished just as you’d expect from a GS product, with a small date aperture at four o’clock and a power reserve indicator between eight and nine o’clock providing clear information to wearers and a good amount of visual aura.

The most notable attribute of the dial, however, is the large GMT hand, which is coloured red on the black dial, bright blue on the navy blue dial, and gold (classic) on the green dial. Interestingly, Grand Seiko have ditched their archetypal dauphine handset on these watches in favour of a more blocky, squared-off hour and minute hand, and although we were initially concerned about this modus operandi, upon reflection, we reckon the handset provides harmony with the rest of the dial, and the faceted baton and wedge indices. 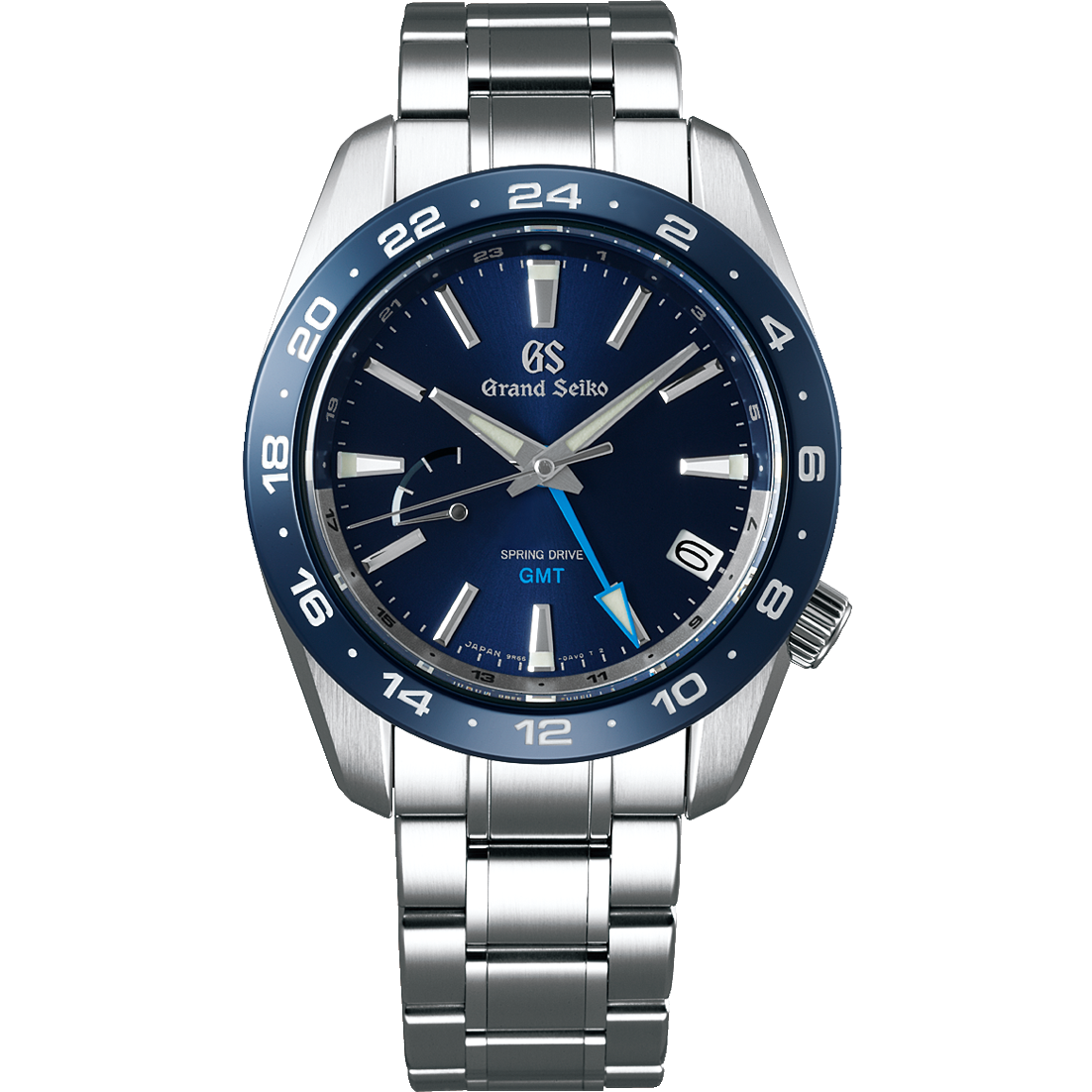 As mentioned earlier, the case’s 14.7mm of thickness is quite reasonable, when you take into account that powering these new watches is Grand Seiko’s Spring Drive Calibre 9R66. This ingenious piece of horology is a stalwart of GS’s catalogue, and besides creating that inimitable continuous sweep of the second hand that looks just wonderful, the movement itself offers some brilliant performance.

How brilliant? How’s three days of power reserve and an accuracy rating of ±1 second per day or ±15 seconds per month sound? It’s also worth mentioning that the accuracy on offer here for a GMT sports watch is not only very desirable but superlative amongst Grand Seiko’s competitor set. 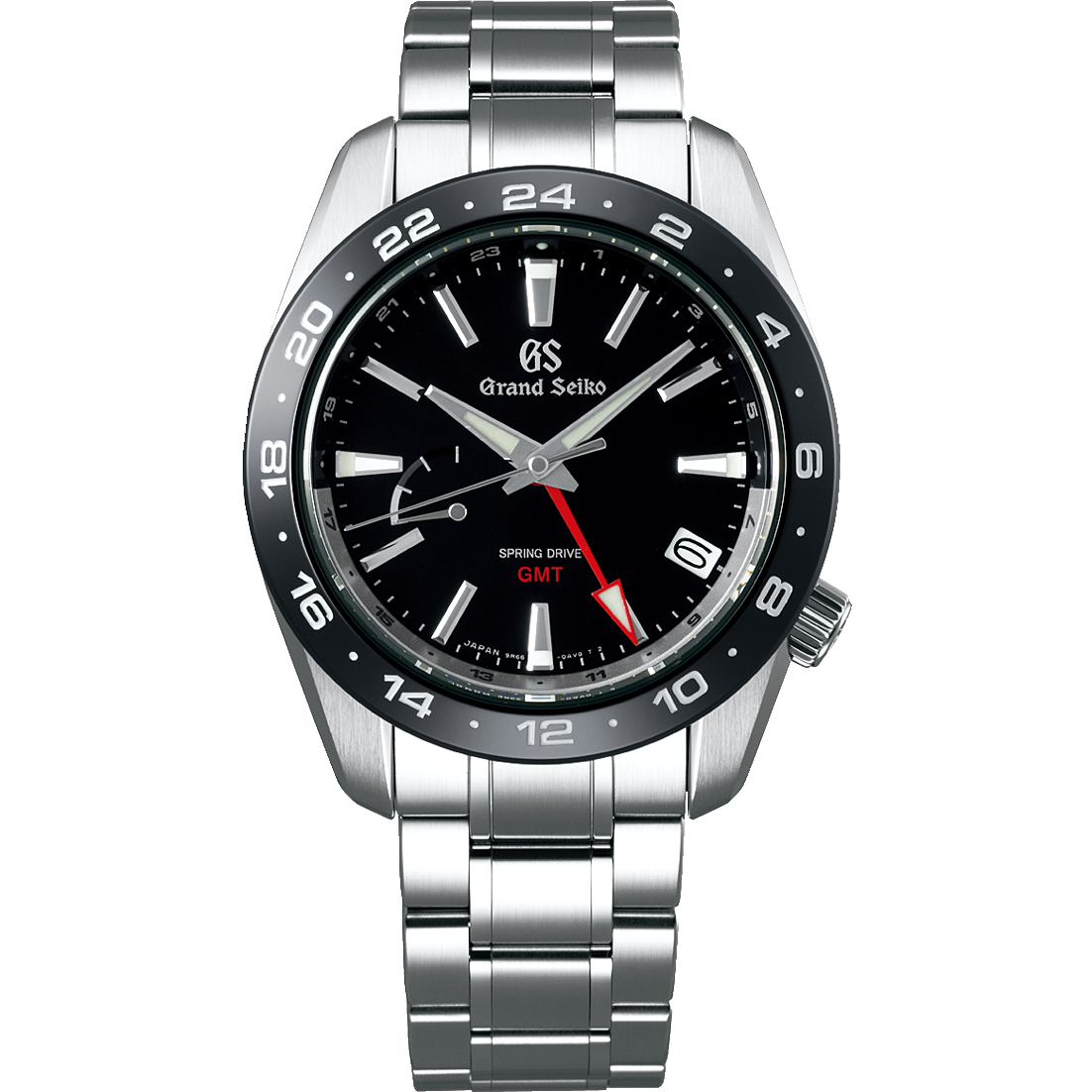 All three of the new GMTs will come equipped with a tri-link stainless steel bracelet that appears to be nicely tapered and intricately decorated, with a blend of brushed and polished elements that streamline the overall aesthetic. Attached to the bracelet is a three-fold, push-button deployant clasp.

The Grand Seiko SBGE253, SBGE257 and SBGE255 have an RRP of $9300AUD that undercuts both Rolex’s Explorer II and Omega’s Planet Ocean GMT. A comparison of all three watches sure would be interesting, but it’s got to be said – the GS is definitely the watch for those who don’t want to look like everyone else.