Time to Move, which took place last week in Switzerland, is the higher end Swatch Group brands’ alternative to Baselworld. And because they’re the prestige brands, it’s only fitting to expect some prestigious watches. We were not disappointed. Here are three watches that are less about telling the time and more about showing the world just how much fun can be had with time. 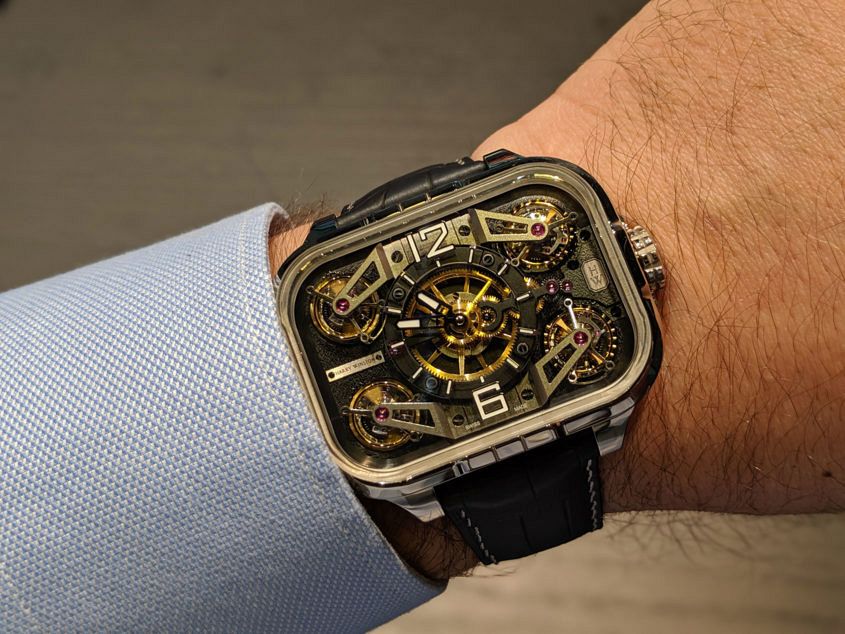 Sure, American jewellery house Harry Winston is better known for astonishingly large, clear diamonds arranged in exquisite pieces, but they’ve got pretty solid form when it comes to timepieces too. Time to Move was the first time their Geneva facility was opened up to media, and the level of care and craft involved in their high jewellery watches was impressive to say the least. But the watch we’re showing you today doesn’t have a single carat of stones on the case. But it does have four tourbillons. FOUR. One tourbillon is already an extravagance, but four?! This 53mm wide monster is pure extravagance of the most decadent kind; it’s also the first watch ever to rock four tourbillons at once. I mean, why not? 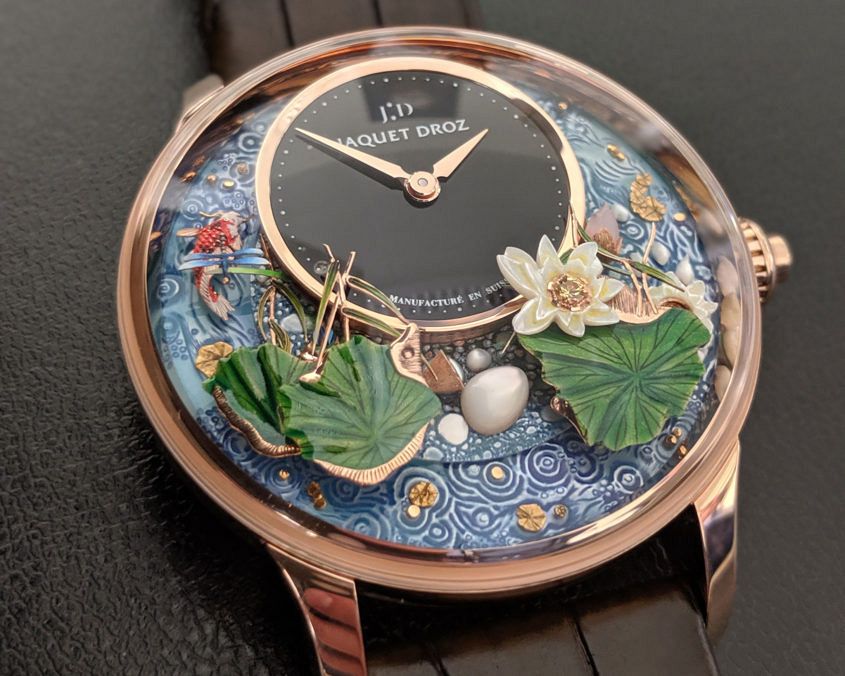 No one loves a bit of conceptual, animated wrist art more than Jaquet Droz. And their 2019 offering lived up to expectations. Few brands can blend artistic métiers d’art techniques with ‘hard’ engineering and watchmaking to create something so beautiful and poetic. The theme for this year’s novelty was the circle of life, represented by a great golden koi fish endlessly swimming through a delicately engraved and painted lake. The koi’s tail constantly moves, and the fish itself moves up and down to avoid the delicate lily pads and water flowers it encounters on its way. Perhaps it’s a good thing the power reserve for the automaton part of this watch is four minutes, otherwise it’d be tempting to watch it all day. 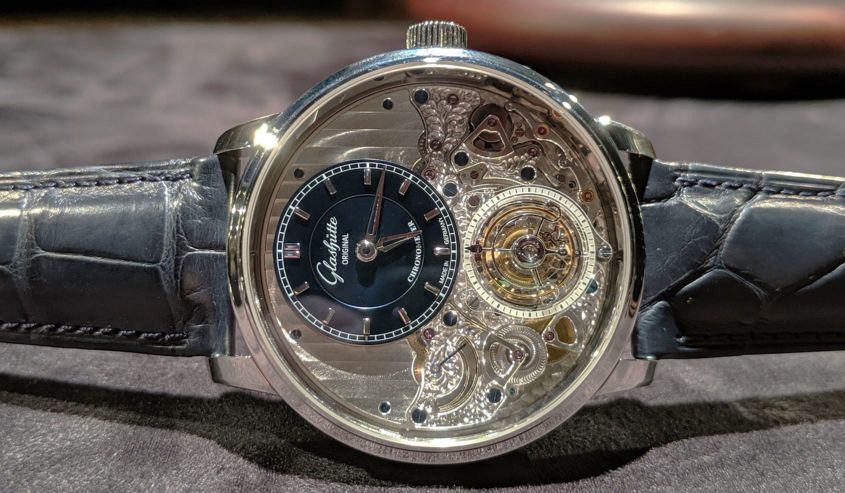 While this German masterwork ‘only’ has one tourbillon compared to Harry’s four, it’s still a stunning piece of watchmaking. Not just because of the platinum case or open style, but rather for the fact that Glashütte Original’s conception is made with timekeeping accuracy and user comfort in mind. Not only does the tourbillon hack when the crown is pulled out, to set the time, the minute hand also jumps in one-minute increments, which makes accurate time-setting easy peasy. Not that you should need to reset too often, thanks to the healthy 70-hour power reserve (indicated at seven) of the Calibre 58-05.