It’s hard to overstate the importance of the Zenith El Primero. The movement, an elegant, high-beat column-wheel chronograph, is impressive enough. It’s even more impressive when you factor in that this miniature engineering feat was the first automatic chronograph to be presented as a working prototype — after seven long years of development. Just as important — or perhaps even more important — is the staying power of the El Primero. It’s been in near continuous production, and is still one of the greatest automatic chronograph movements on the market today. 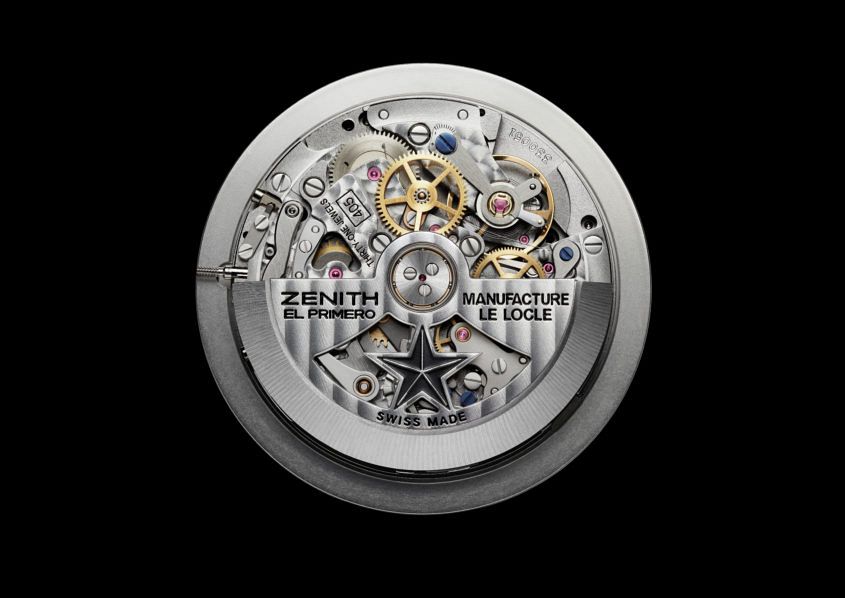 The dramatic inception of the El Primero is probably the most famous part of its story — which makes sense given that it’s called “the first” in Esperanto (the utopian universal language that had a life much briefer than the movement itself). Zenith was in fierce R&D competition with the Chronomatic Group (Breitling, Heuer et al) and — further from home — Seiko, but Zenith made their announcement in January 1969, well before the Chronomatic in March, and Seiko in May. And while Zenith’s El Primero didn’t hit the market until October, they earned the right to the name. 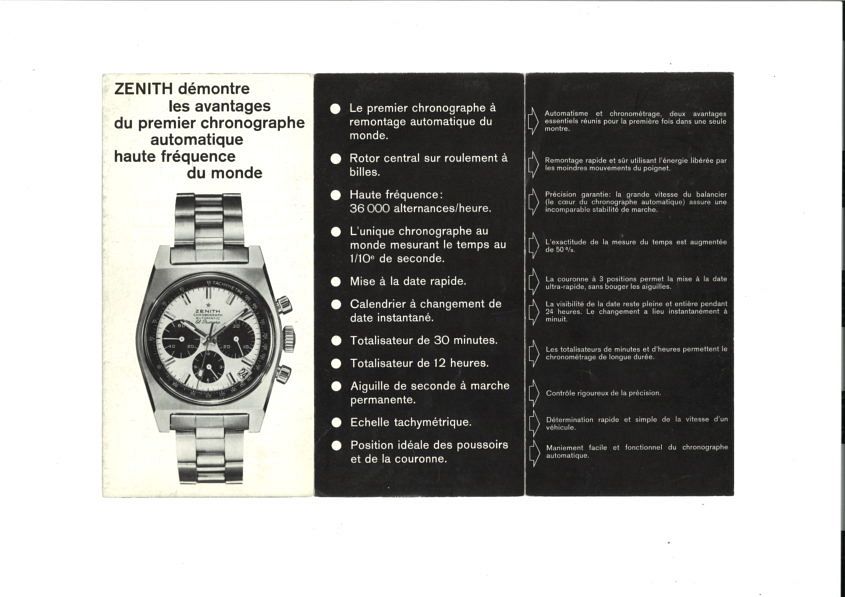 The ’70s were dark days for the Swiss watch industry, with the impact of competitively priced Japanese watches and quartz movements being felt in full effect. Zenith was one of the casualties, with the brand being sold to the Zenith Radio Corporation in 1971. In 1975 the decision was made to cease production of the pioneering movement.

Thankfully, though, the El Primero was not lost. A far-sighted watchmaker named Charles Vermot secreted everything needed to resurrect the movement: machinery, instructions, the whole kit and caboodle. After this, the El Primero was widely used across a range of brands, from Rolex to Ebel, Panerai and others — until LVMH, who acquired Zenith in 1999, decided to keep it for their own purposes. 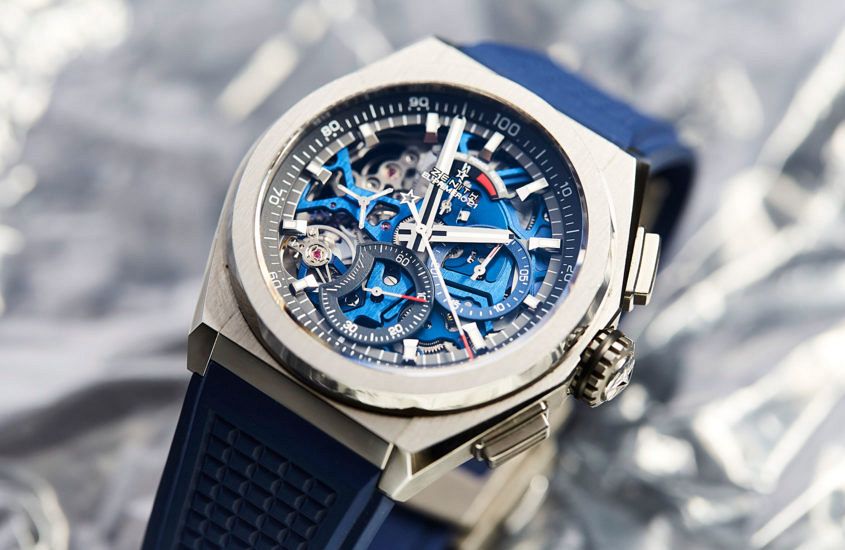 The original El Primero stood out because of its high frequency 36,000 beat rate — which allowed 1/10th of a second accuracy. The El Primero 21, launched at Baselworld 2017, took it up a notch, offering accuracy of up to 1/100th of a second. And even if you don’t need this, watching the central second hand spin around the dial once a second is a hard party trick to beat. 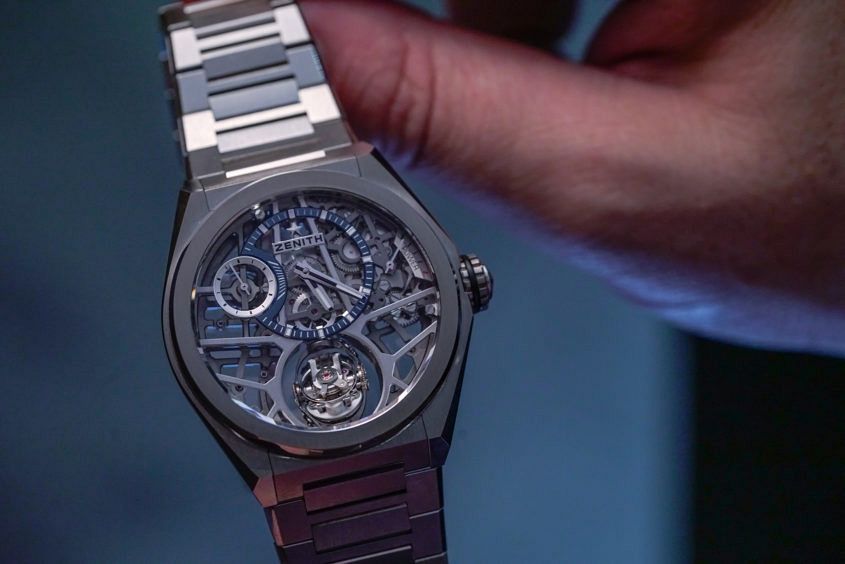 But beat it they did, with the El Primero Zero G. Zenith paired the famous chronograph movement with a patented Gravity Control mechanism — which is essentially a gyroscopic mount for the regulating organ, which is a clever, non-tourbillon way to regulate the effects of gravity. 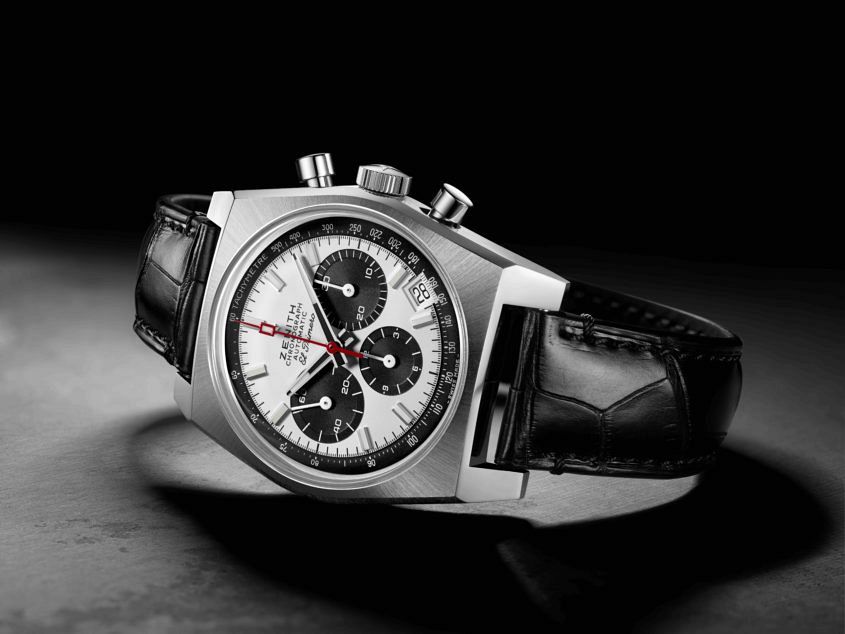 And finally, this year sees the 50th anniversary of the El Primero, and the brand is celebrating in style — with a trio of golden revival pieces, as well as the drop-dead gorgeous A384 Revival.

Made in partnership with Zenith. However, the opinions expressed in this article are our own in accordance with our Editorial Policy.