Watch lovers across the planet have been collectively holding their breath this year, eagerly waiting for Omega to release a commemorative watch to celebrate humanity launching away from the planet. It was 50 years ago that American astronauts left the safety of their lunar module and stepped onto the surface of the Moon, with Omega Speedmasters strapped to their wrists. The Moon landings were the most viewed event in human history, with an estimated 650 million people around the world watching Neil Armstrong take a giant leap for mankind. Needless to say, Omega hasn’t forgotten its involvement with the mission, and are celebrating the 50th anniversary with the Omega Speedmaster Moonwatch 321 Platinum. There’s a lot to love about this watch, so we wanted to count down our three favourite parts of the new 321. 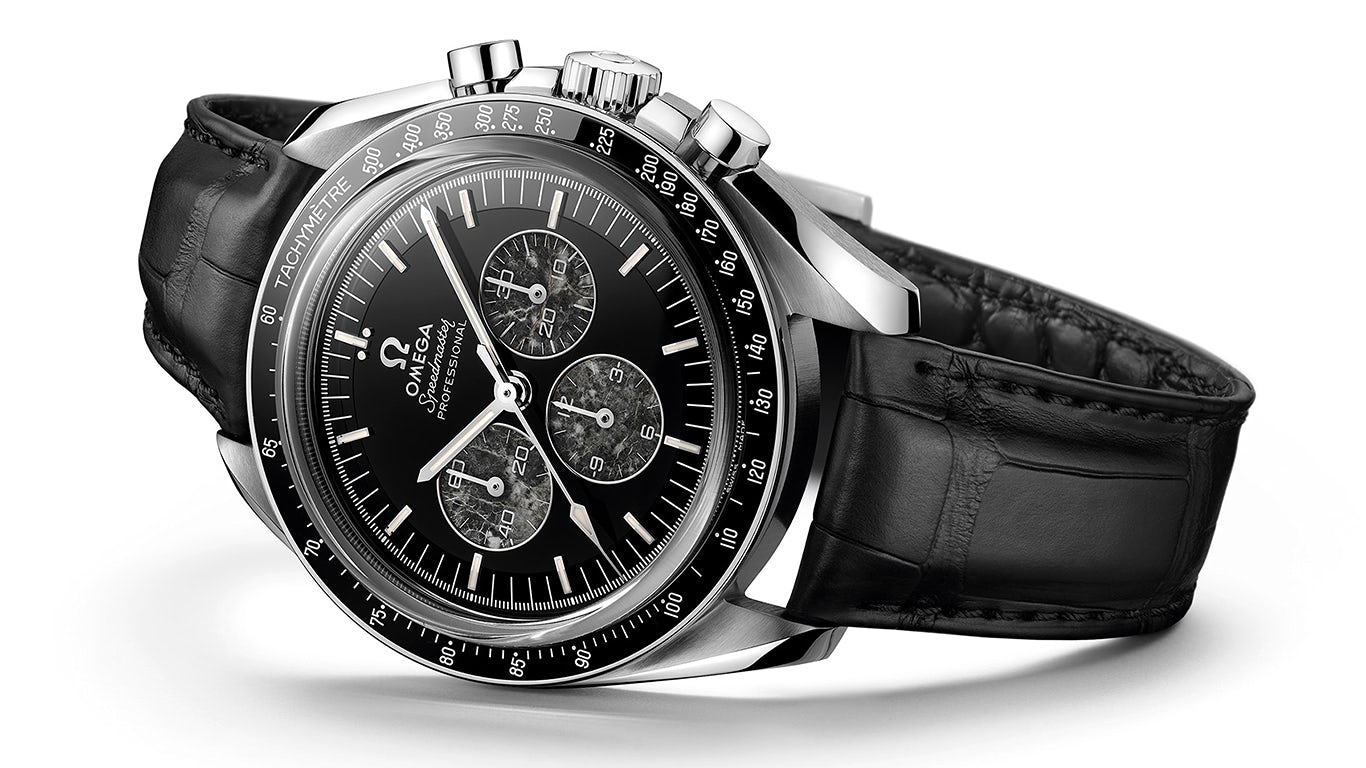 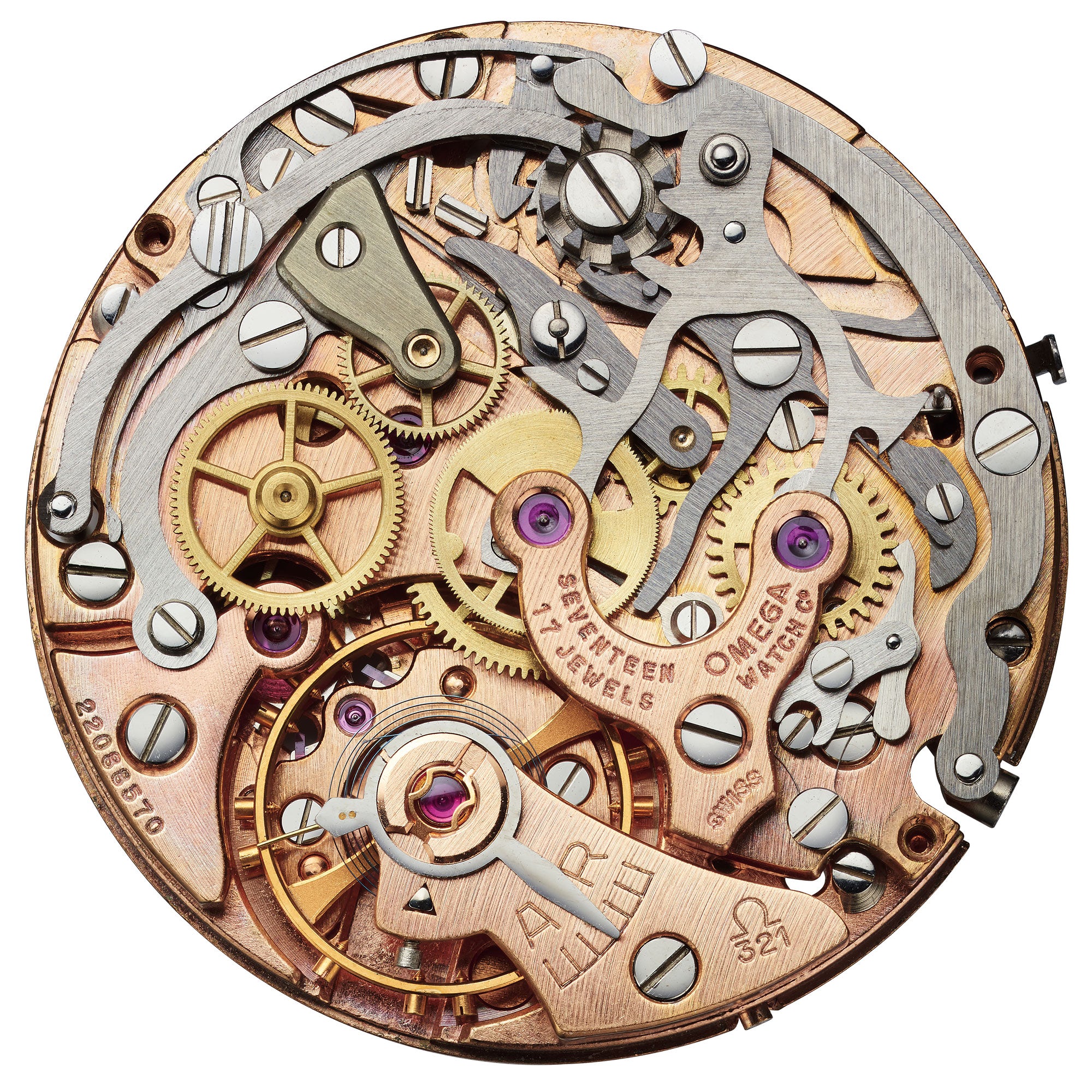 The calibre 321 began development in 1942 by Lémania movement designer Albert Piguet, who also worked on movements for Omega (as they were both owned by the Swatch Group). It was first used in the Omega Speedmaster in 1957, and finally ceased production in 1968 when it was replaced by the calibre 861 chronograph movement. Raynald Aeschlimann, CEO of Omega, hinted at the return of the 321 movement in January this year, but gave no information about how it would be used. After a seven-month wait, Omega has unveiled the commemorative Omega Speedmaster Moonwatch 321 Platinum. To bring this movement back to life, Omega painstakingly set up a dedicated workshop to analyse half-century old technical drawings, and reproduced the movement to its original specifications. After a 50-year hiatus, the calibre 321 is back. 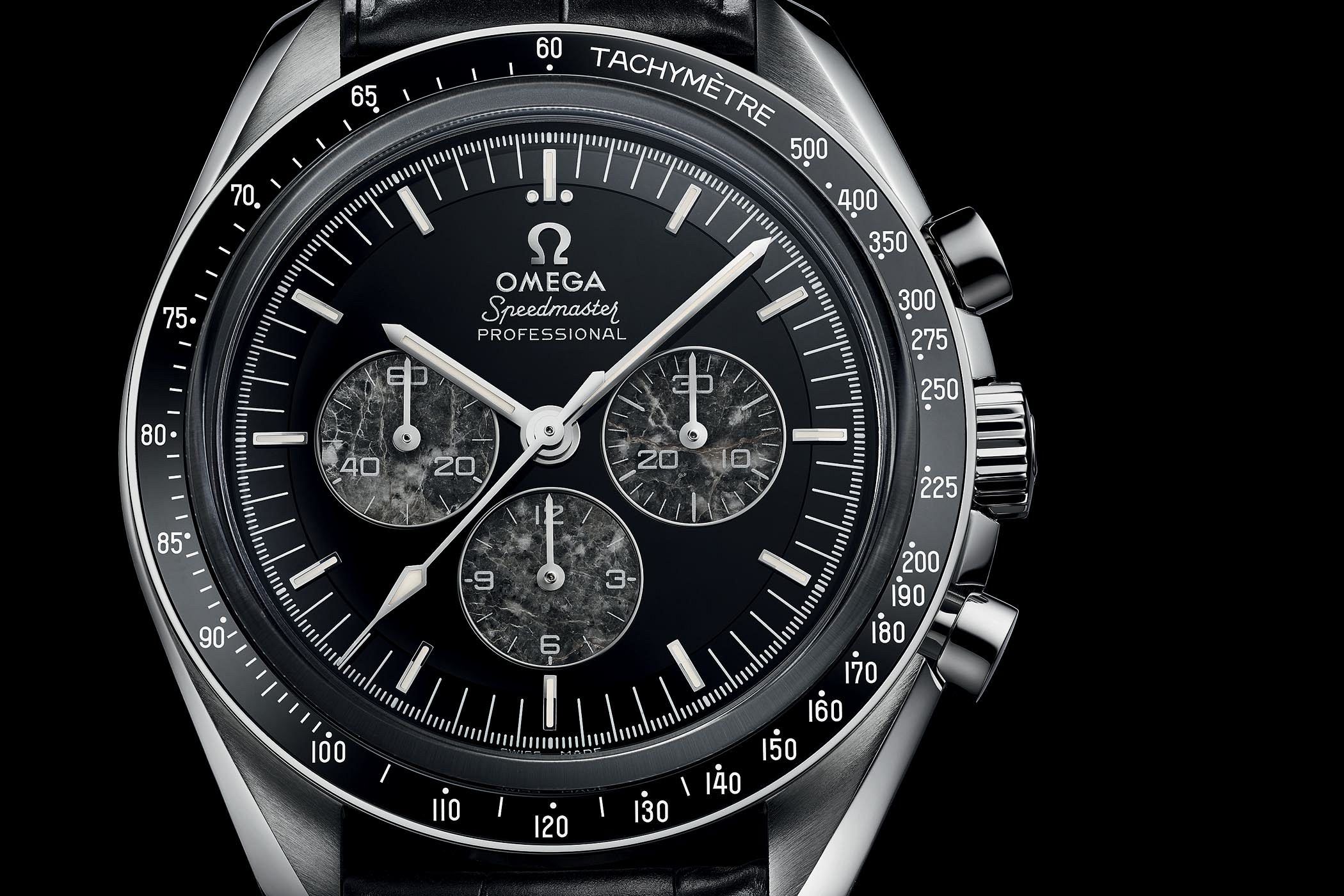 The dial on the new Omega Speedmaster Moonwatch 321 Platinum is no regular Speedy dial. The black is blacker than usual thanks to the use of onyx, and is stepped along the minute track for greater visual depth. The subdials are also made from a very special material relevant to the anniversary the watch is celebrating — moon meteorite. This makes every subdial unique, and ties it nicely to the watch that is NASA-certified for space flight. 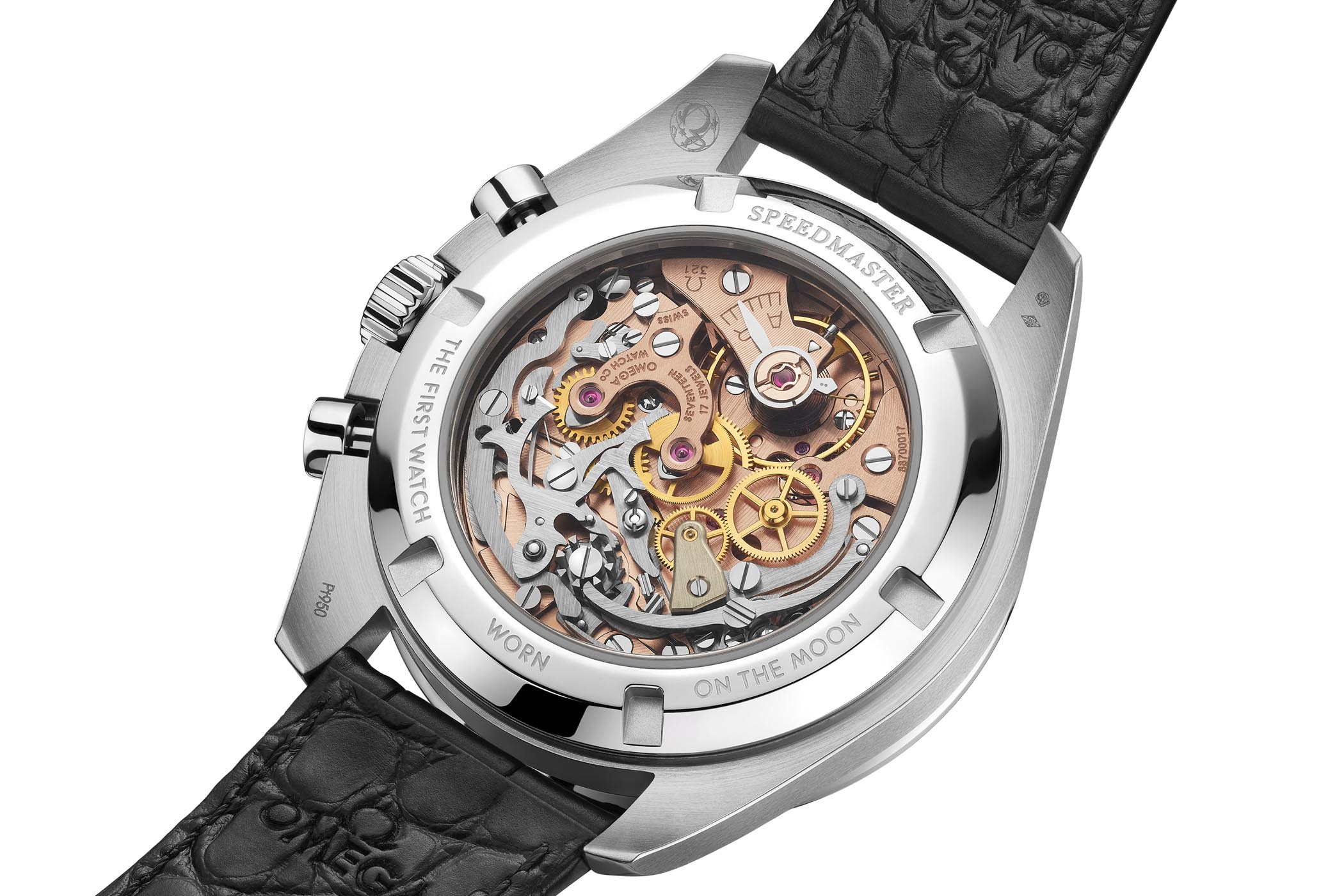 As the name suggests, the Omega Speedmaster Moonwatch 321 Platinum is cased in platinum, though again Omega has gone above and beyond. They have used the special platinum alloy Pt950Au20 that includes a small percentage of gold, an alloy that is highly resistant to wear. At 42mm, it is faithfully sized to the original, with a blend of brushed and polished surfaces, and attractive twisted lugs that were also present on the original moonwatch. A fantastic looking watch, dare we say one of the best-looking Speedmasters of recent years.