It’s very easy to get caught up in the aesthetics of a watch and subsequently make a judgement call based purely on how it looks … we’ve all done it before. And that’s not to say that looks aren’t important — they are crucial. But equally, if not more important than the way a mechanical watch looks is, well … its mechanism. A timepiece’s movement is its heart, its soul — it is the thing that gives it life. Because of this, I reckon more appreciation and admiration should be heaped at a watch’s case back, rather than its front. 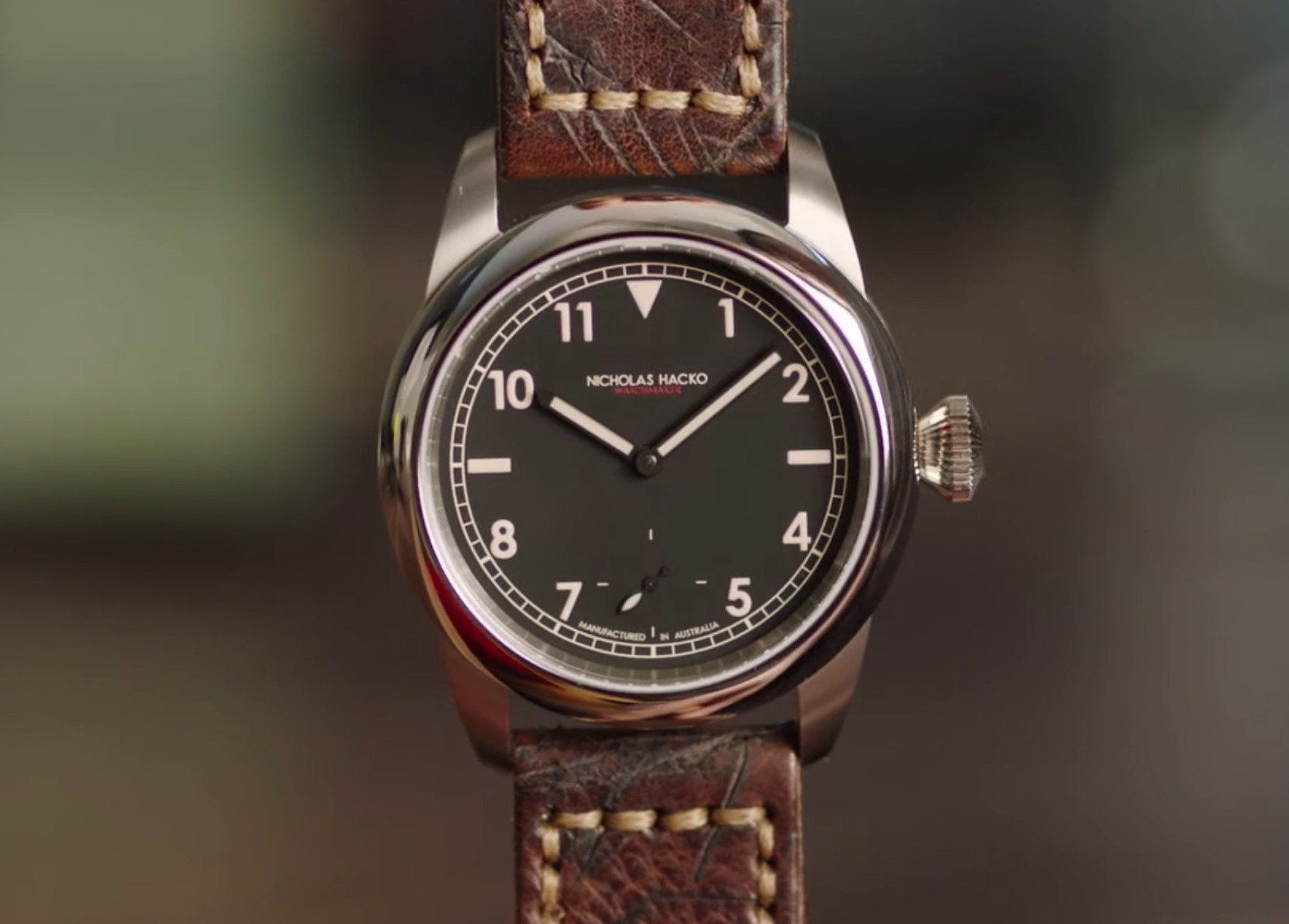 Nicholas Hacko, the only watch manufacturer in the entirety of Australia, recently uploaded a wonderful video to YouTube that showcases the various bespoke tools and machines used to make their latest watch, the Nicholas Hacko NH2 Timascus. It only lasts for a couple of minutes, but it gives you a pretty profound appreciation for just how intricate and precise the art of watchmaking is. Additionally, it did, for myself at least, fill me with a great sense of patriotic pride knowing that there are still people in this country keen to make mechanical things from scratch, to challenge the status quo laid out by Switzerland, to create something that is uniquely Aussie. So, if you’ve got the time, it’s definitely worth a watch.