Disclaimer: This post contains minimal traces of watch. But it does contain some very large diamonds. 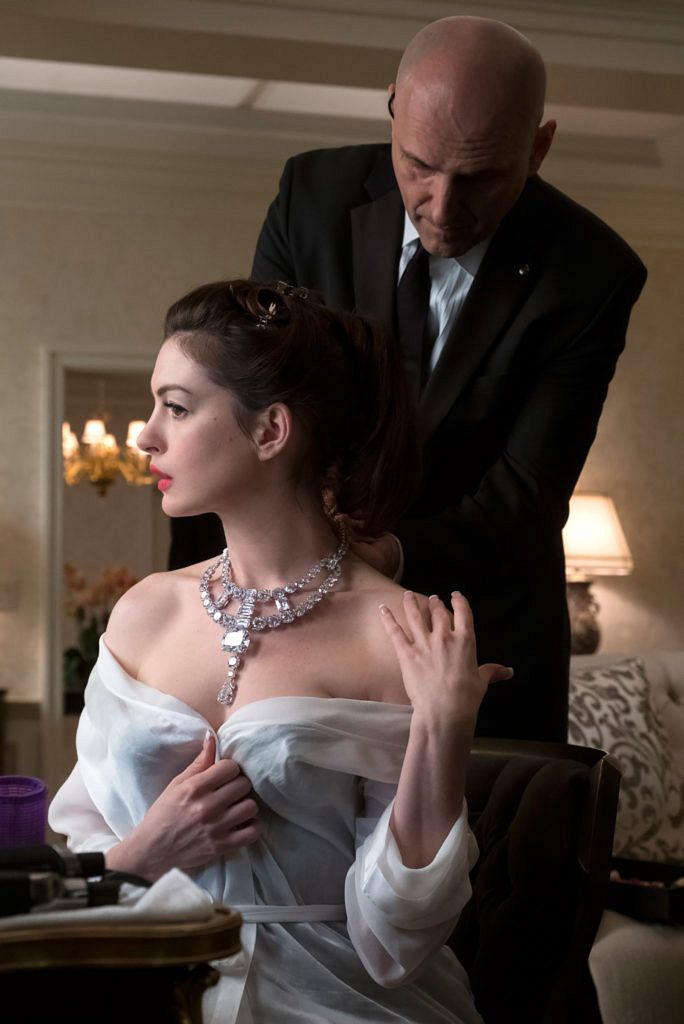 Ocean’s 8, the latest in the long-running series of elaborate heist movies, is about to hit our screens, but this time around the film is less of a bro session, as Clooney, Pitt et al. have been benched in favour of an all female crew, with Sandra Bullock and Cate Blanchett masterminding the (inevitably convoluted) caper. The object of their attention is a fairly pricey necklace, worn by Anne Hathaway. And here’s where things get interesting. This necklace, named the “Jeanne Toussaint” necklace, is made by Cartier, who happen to be the film’s exclusive jewellery partner, so some scenes were filmed in the brand’s New York boutiques, and Cartier watches (pro-tip for the watchspotters), jewellery and high jewellery items have their own supporting roles. 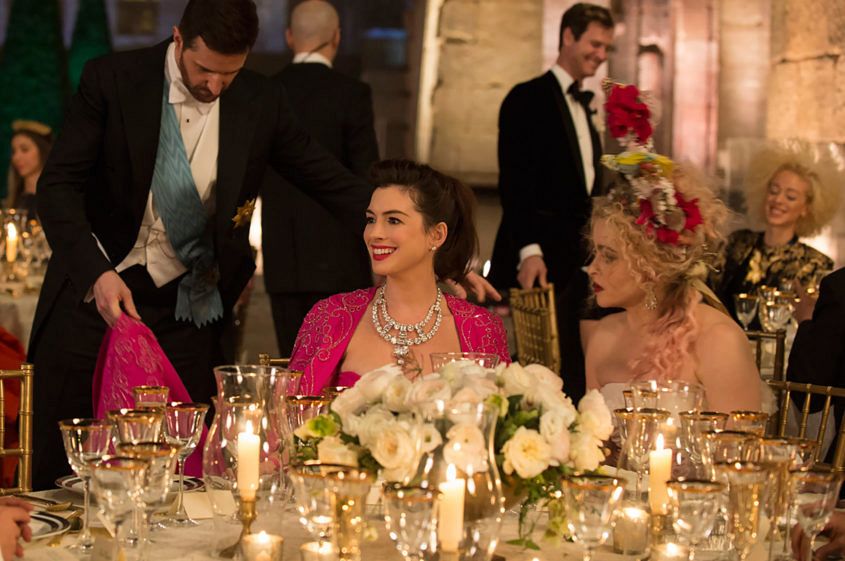 The prop necklace was made in less than eight weeks by Cartier’s Parisian high jewellery workshops, from white gold with zirconium oxide for the diamonds. What I particularly like about this necklace, though, is the backstory. The necklace takes its name from Jeanne Toussaint, Cartier’s Creative Director during the 1930s, and is credited with being significant in establishing Cartier’s visual identity. The form of the Jeanne Toussaint necklace is inspired by a 1931 piece designed by Jacques Cartier for the Maharaja of Nawanagar, and originally included a stone known as a Queen of Holland, a blue-white diamond that clocked in at a whopping 136.25 carats. While this stone no longer exists, the 1931 necklace does, and is currently on display at the National Gallery of Australia as part of Cartier: The Exhibition. 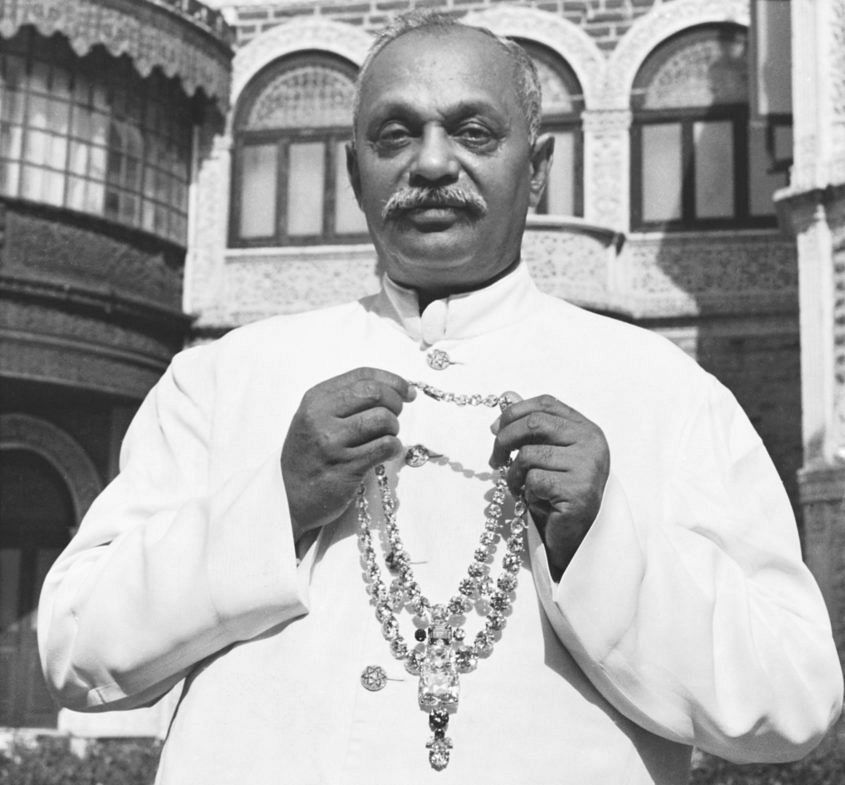 The original 1931 necklace, for the Maharaja of Nawanagar.

I’m not sure about you, but if I was in charge of security at the NGA I’d want to have eyes on that necklace at all times, just in case Sandra Bullock decides to drop in. 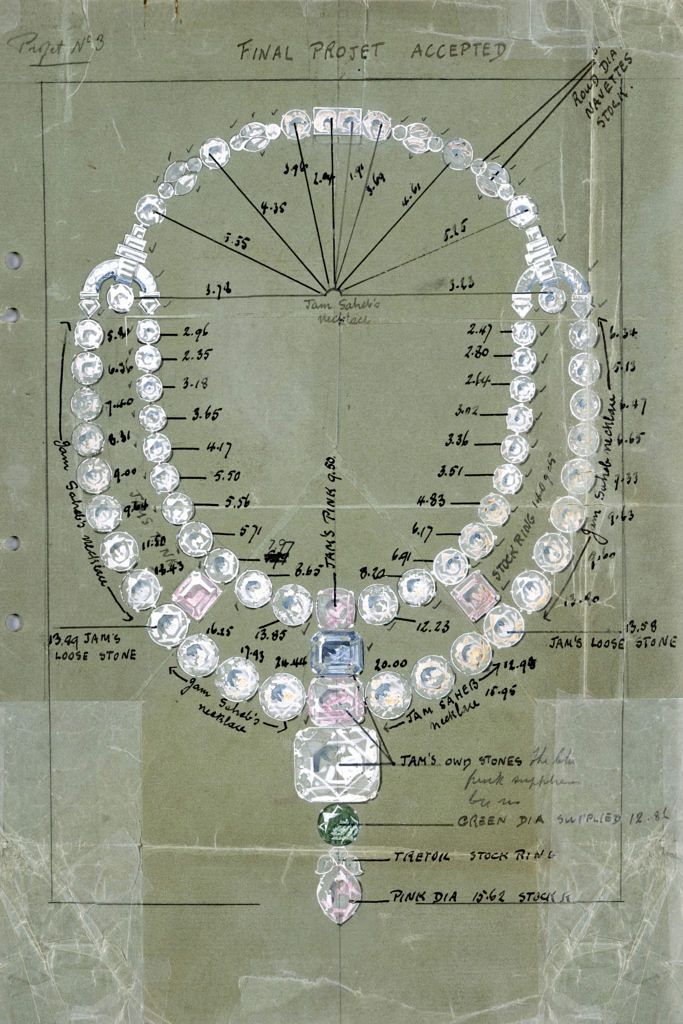 Design for the original 1931 necklace, for the Maharaja of Nawanagar.