This watch is not for the faint of heart. Not only does the Casio MTG-B1000RB possess the legendary qualities of toughness for which G-Shock is famous, it’s also got one heckuva strong look. 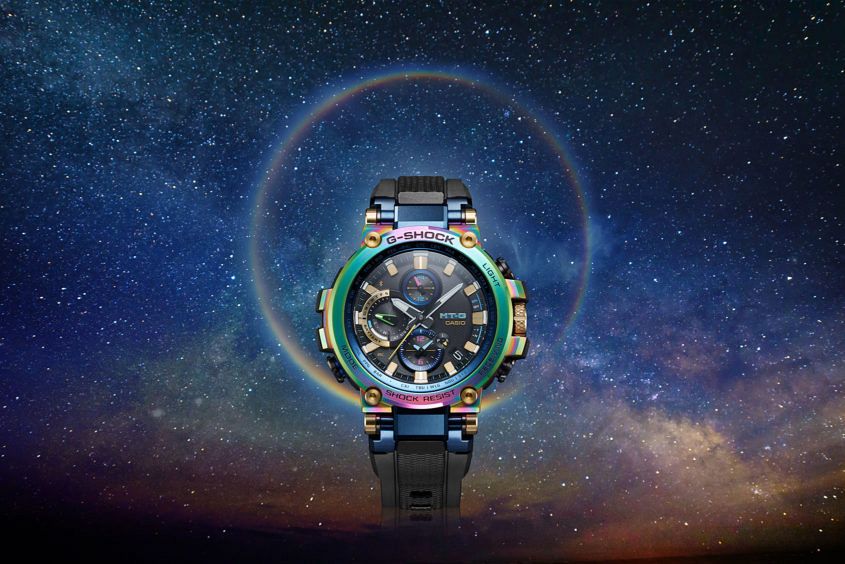 The look is achieved via vivid treatment of the metal bezel portion of the watch; it’s a rainbow-hued ion-plating treatment and, boy, is it a sight to behold. But before I wax lyrical about the glory of rainbow bezels, how about some backstory. The MT-G family was introduced by Casio way back in 1999, which means (and the maths wizards are already three steps ahead here) that the line celebrates its 20th anniversary this year. MT-G as a concept adds metal to the traditional G-Shock mix, adding an extra layer of toughness. This version ups the ante by adding an extra layer of dazzle — the treatment on the bezel is vividly chromatic, and changes, depending on the light. Casio say it’s inspired by the subtle lunar rainbow, but the reality is this watch is anything but subtle. 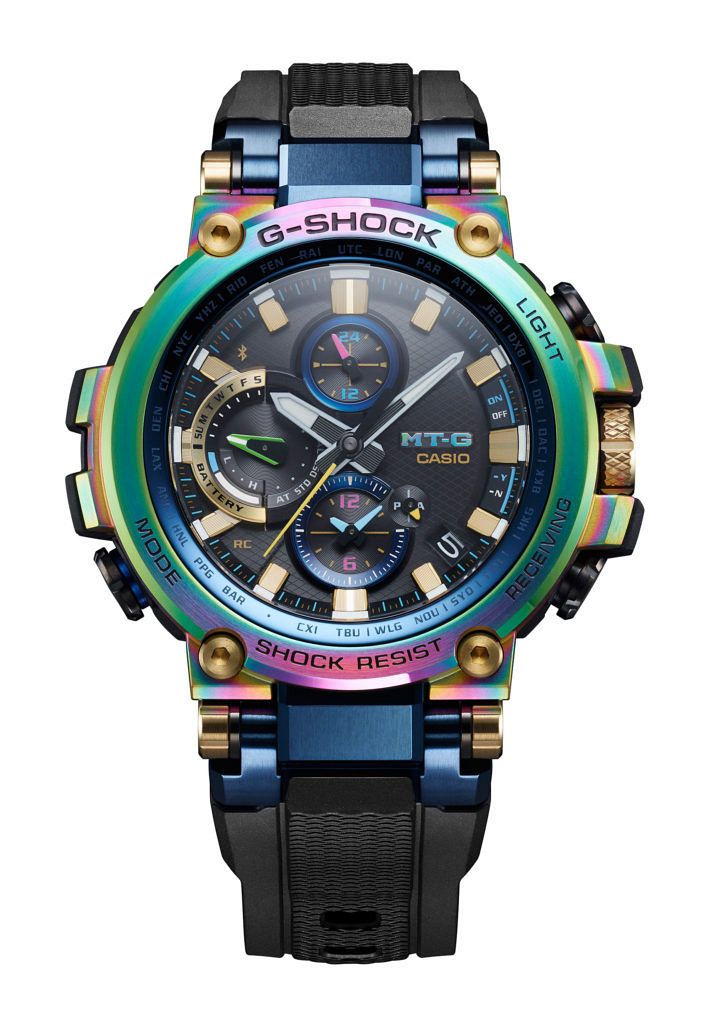 Aside from the looks, it’s got everything you’d expect from a G-Shock: 200m water resistance, low-energy Bluetooth connectivity, solar power supply, more digital functions than you likely need and a bulky 55.8 by 51.7mm case.