The tit-for-tat battle between Piaget and Bulgari for title of “Master of the Ultrathin” rages on, and it would seem Bulgari has struck another blow at Baselworld in 2018 with the new Octo Finissimo Tourbillon Automatic. The new piece dethrones Piaget’s latest self-winder, the Altiplano Ultimate Automatic 910P that launched ahead of SIHH 2018 as the new thinnest automatic watch, and at the same time swipes the title from Audemars Piguet of world’s thinnest tourbillon, which the brand has been holding onto since 1986. Bulgari was able to swipe the title for thinnest tourbillon movement in 2015; however, it took them an additional few years to build a piece suitable to take on the mighty slender AP. Achieving both of these records in a single piece is impressive to say the least, so we had to take a closer look. 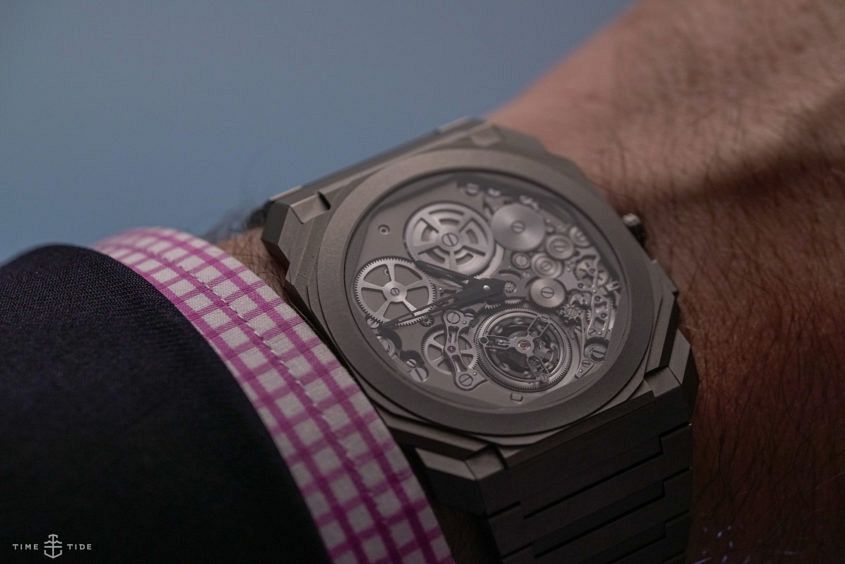 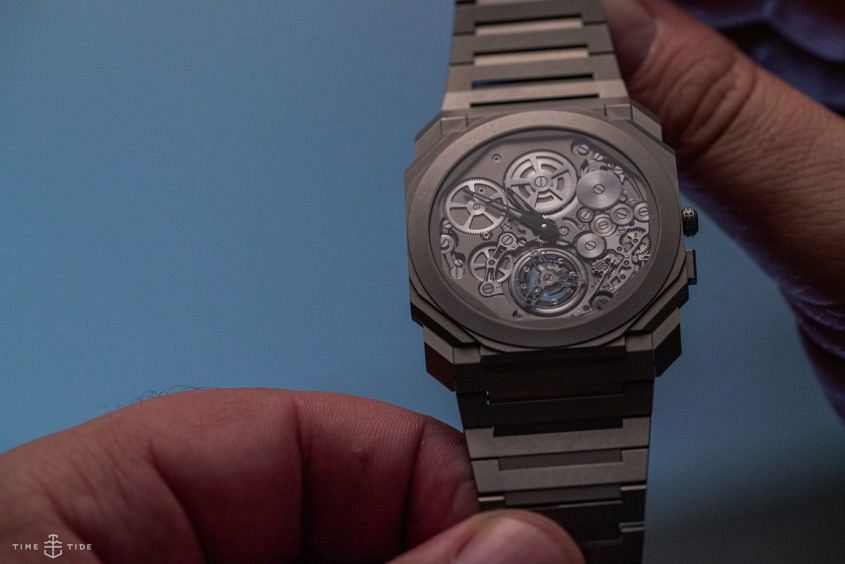 A 3.95mm thick case, housing a 1.95mm thick caliber, the Octo Finissimo Tourbillon Automatic is a real work of art (not to mention engineering). Its wafer-thin mainspring still delivers an above industry-standard 52 hours of power reserve and, all told, the brand still managed to make its movement design visually appealing, which isn’t an easy task when working in such tight quarters. Some of you might be confused by the push-piece located just below the crown on the right side of the case — don’t worry, we were as well. As it turns out, this push-piece engages and disengages the crown for time-setting, rather than using a two position pull-out crown. Without getting too detailed, we’re told this was one of the space-saving tactics that helped Bulgari’s movement engineers trim their way down to record-breaker status. 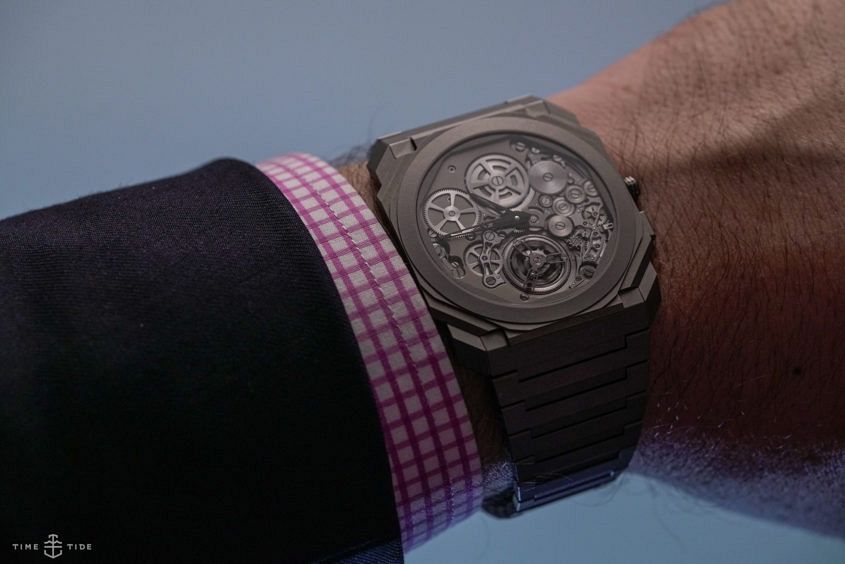 I’ve said it once, and I’ll say it again: I adore how the Octo wears on-wrist. Chunky yet slender, brash yet understated, all of the slimmer variants of Octo have instantly found a home on my wants list (including the matte gold version of the Finissimo Automatic that launched this year). Given its complexity and horological hotness factor, this guy falls into the same level of wrist-mounted mic drop status as wearing something like the new Royal Oak Perpetual Ceramic. Tasteful, yet in-your-face to those at the table who are “in the know”. 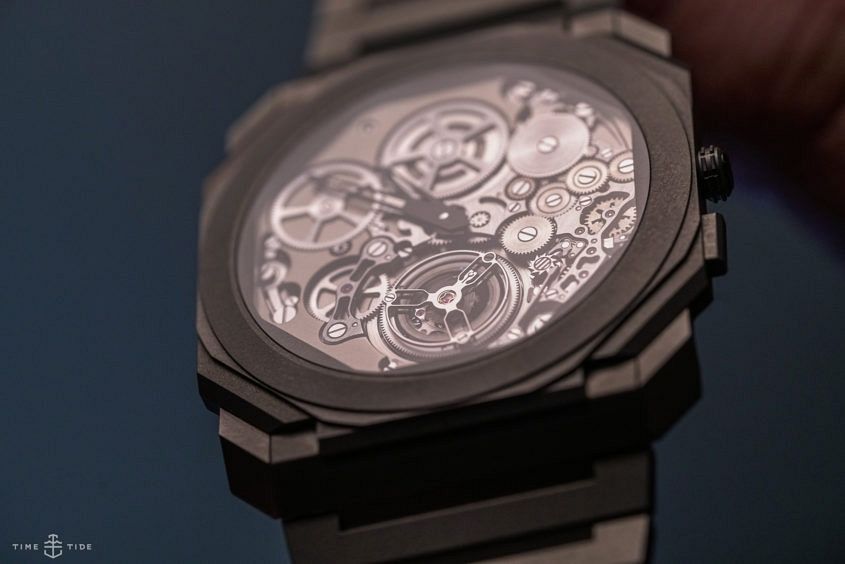 The Bulgari Octo Finissimo Tourbillon Automatic is a prime choice for those with a love for ultrathin watchmaking who have become bored of the more classic designs more prevalent in the category. Being a fan of record-holders wouldn’t hurt either.

The fact that Bulgari went after two titles with one watch, where both categories provide immense challenges. Hats off to Bulgari for stepping up and succeeding. 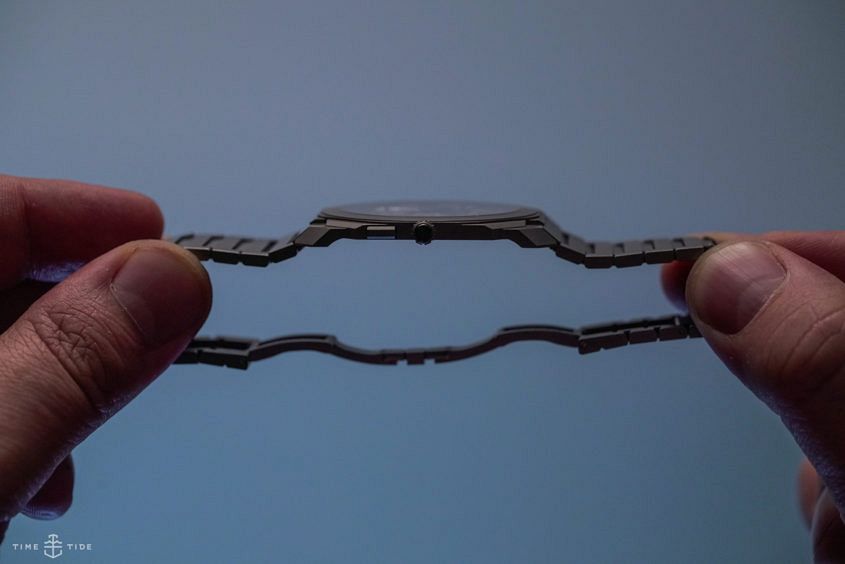