Last year, Jaquet Droz rolled out a first round of the Grande Seconde Moon in three editions, including two steel models, and an ivory-coloured enamel dial cased in red gold. Building on the model’s success (and the growing popularity of black and gold wristwatches across the board), the brand added a fourth model to the collection at Baselworld 2018 in the form of this elegant-yet-modern black enamel model cased in red gold. Given how smitten I was with the first iterations — especially the beautiful level of detail in the execution of their moonphase complication — I couldn’t wait to take a closer look. 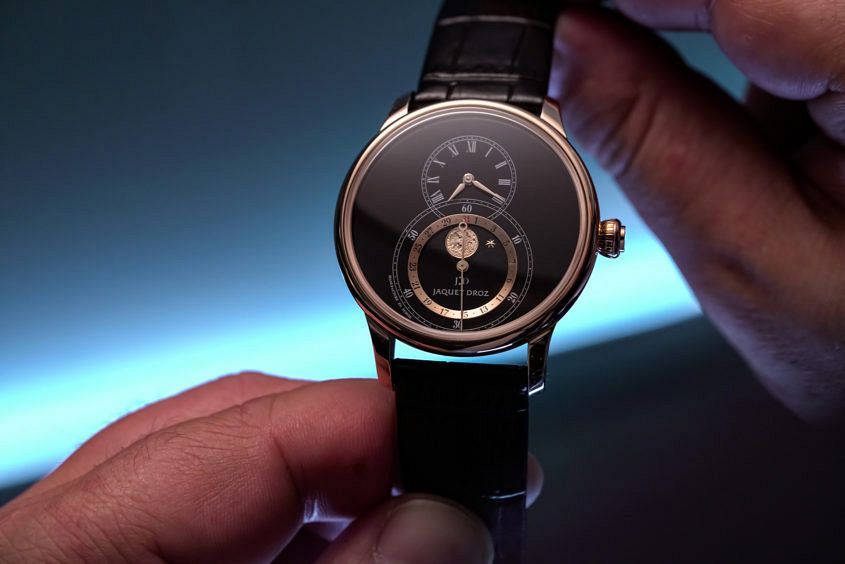 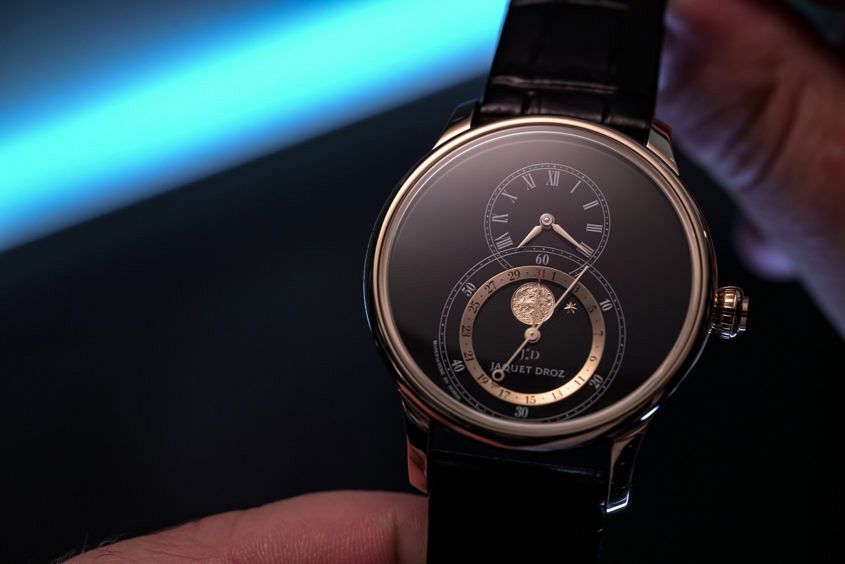 As noted, the changes with this new model are entirely visual. Powered by the self-winding caliber 2660QL3, which features a silicon hairspring and a pair of mainspring barrels delivering at 68-hour power reserve, its moonphase complication was executed to maintain accuracy for 122 years and 46 days before requiring a 1-day correction. I always find these sort of stats a little humorous, as this accuracy is effectively useless unless the caliber is maintained fully wound and running for that duration of time (which, by the way, is impossible considering the need for servicing along the way). Either way, you can still file it in that ever-present category of “because we can” watchmaking prowess. Visually speaking, this may well be my new favourite of the Grande Seconde Moon. It’s easy to lose yourself in the richness of its dark black grand feu enamel dial, or whittle away minutes staring at the intricacies of the engraved 22k red gold moon. As an interesting detail, Jaquet Droz set the moon and stars in an onyx sub-dial, creating the faintest bit of contrast between the two dial finishes. 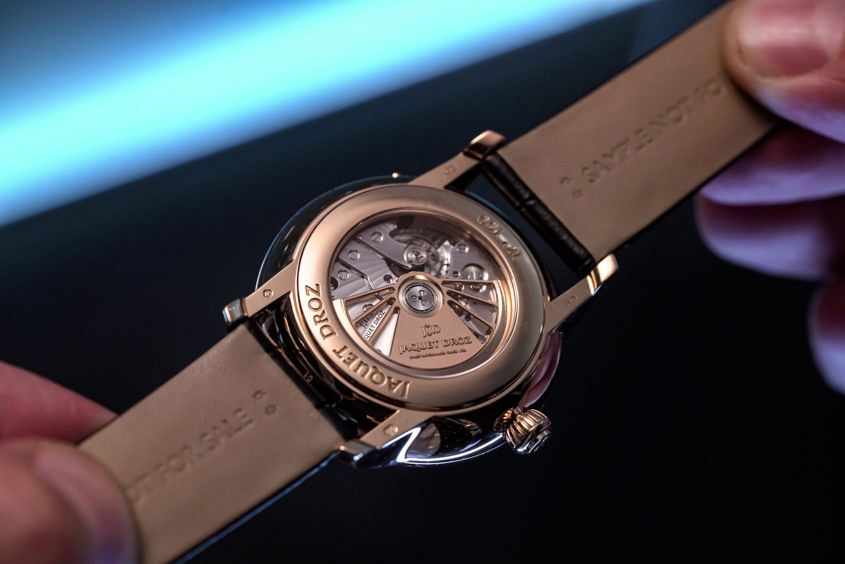 Depending on your wrist size and preferences, the Grande Seconde Moon Black Enamel might seem a bit daunting on paper. Being 43mm across and basically all dial, it certainly doesn’t wear compact; however, it’s still quite manageable on-wrist for a couple of key reasons. Firstly, its case profile tapers inwards from bezel to caseback, leading to the piece feeling a touch smaller when strapped on. Secondly, the relatively short and curved lugs of its case avoid that unwanted “wrist overhang” that those with smaller wrists are often faced with. On the plus side, JD have made a 39mm version of the Grande Seconde Moon in steel last year, so I wouldn’t be surprised if this latest model appears in a smaller case size down the road.

Fans of the elegant and understated who want something a little different than the norm. Also for those who appreciate fine craftsmanship over marketing hype. Jaquet Droz is one of those brands that are very “if you know, you know”. 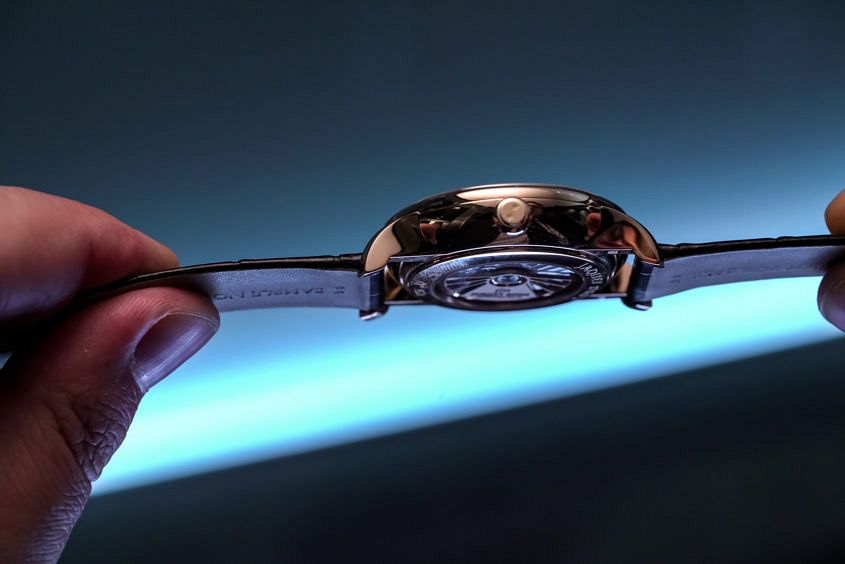 In regards to this model, nothing surprising to be had. Elsewhere in the booth, though, the latest Jaquet Droz “Signing Machine” was a nice treat to see first-hand (first launched by the brand back in 2014).