Founder’s Note: When the idea of sponsoring the polo was first raised by Janek Gazecki, founder of Polo in the City (and Polo by the Sea), it hit an immediate chord. What better way to introduce Time+Tide to the wider non-watch-obsessed world than on a field of manicured turf next to other publications and media groups with the thundering of hooves and the popping of champagne corks to make it all the more exciting. Believe me, PITC’s bold tagline – “Polo is the new racing” – was more than evident in the glorious sunshine yesterday as a capacity crowd milled around the field and players.

Our first project together was the fashion shoot in the Polo Project magazine. We provided a polo-appropriate watch (with a little help from our friends at Cartier, who suggested the masculine Tank MC) and Janek arranged the horses and the men who can ride them. But the original spark for the idea? Yet again, it was Andy Green. He knew Janek somehow – he actually does know everyone – arranged the meet up and the deal was done.

It’s the start of another chapter for Time+Tide, both in terms of the polo – which we’re sponsoring in Sydney at Polo by the Sea on January 9, stay tuned for details – and in terms of our public presence. We’re going to be out and about even more in 2016 to take our watch mission to new places and people. For now though, let’s recap a smashing day on the turf, take it away Andy…..

Saturday was a very special day as we hosted our very first completely owned and hosted event at the Time+Tide marquee at Melbourne’s Polo in the City, inviting our Melbourne-based brand partners and passionate community members to celebrate a great 2015 and watch some seriously good polo.

Melbourne’s fickle weather gods smiled on us, and treated us to some flawless weather. All we needed to do was unfurl the Time+Tide banners, pour the bubbles, and settle in for a day of great company and excellent food and drink.

Much like the dress code, the day was bright and colourful. It was also surprisingly relaxed, with some guests ditching the suit and tie in favour of chinos and even shorts (!). It wasn’t long before we had some of Melbourne’s most dapper characters stop by the marquee to discuss the finer points of horses and horology. 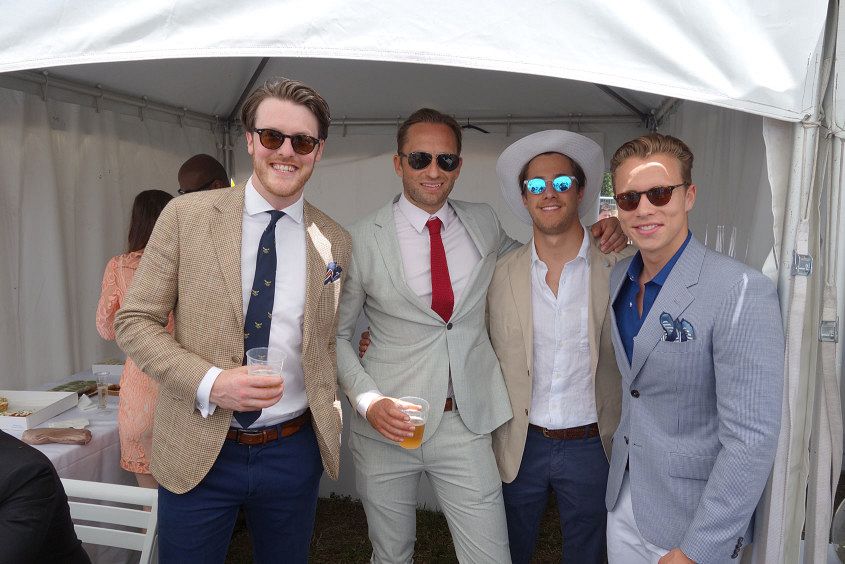 The main event was the, of course, polo. As the ball was thrown in, we jostled for the best view of the fast paced game, as galloping horses thundered past and mallets swung in all directions. A new appreciation for the intensity of the sport was gained.

After the first chukker, Roy Orbison’s ‘Oh Pretty Woman’, burst out of the speakers – and, in a polo tradition made famous by Julia Roberts’ 1990 film, the ladies in attendance flooded the field to stomp the divots. 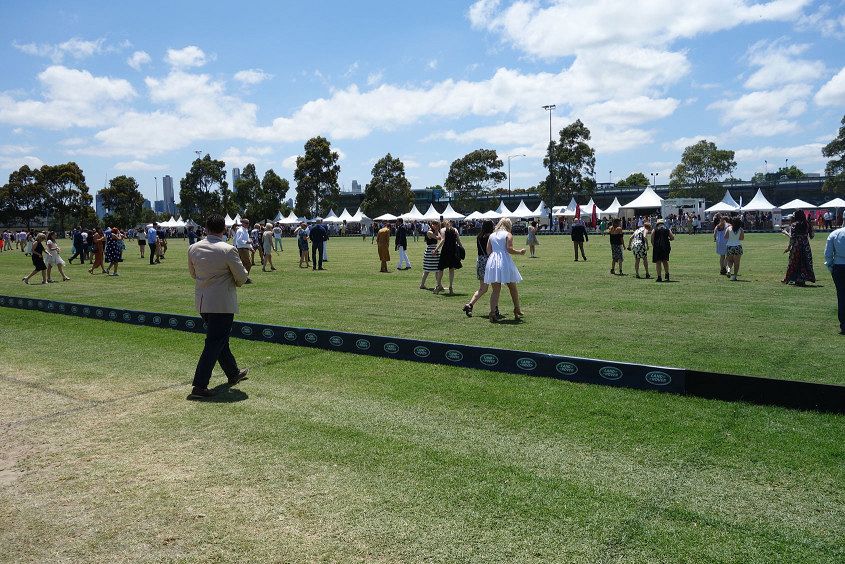 The endurance, speed and resilience of both the horses and the players were remarkable. And after the match, pictures with the dishevelled, muscle-bound stallions (players and the horses) were in high demand. As some of our female guests flocked to the sidelines, one male guest swiftly expressed regret in not dressing up as polo player for the day. 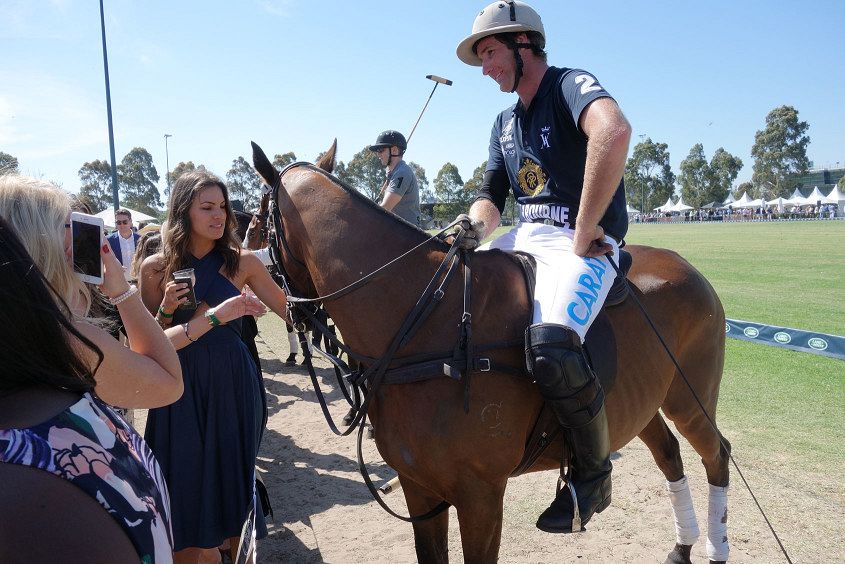 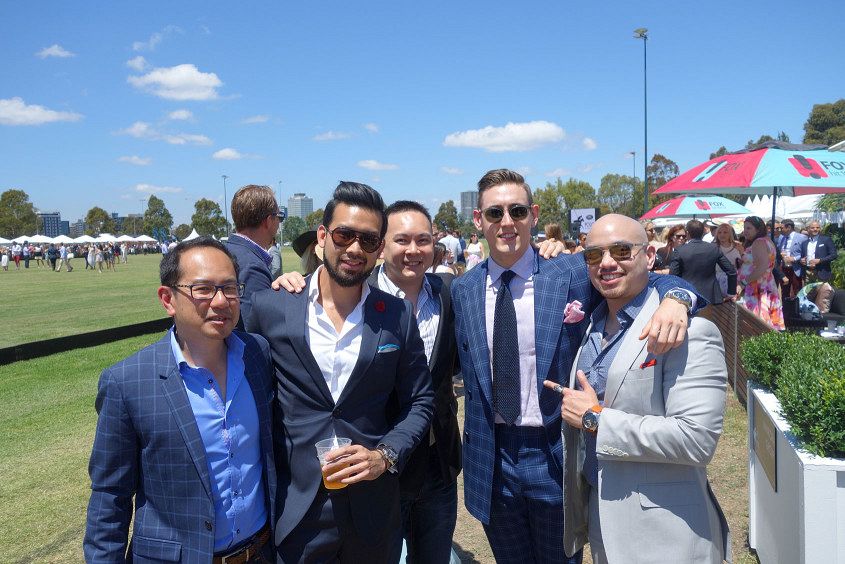 The next thing we knew, the three thrilling matches were over – and the day was done, with the Melbourne team trumping Sydney. And of course it wouldn’t be a watch event without the obligatory #sexpile (thanks to the boys from Melbouristi for leading the charge on that front). 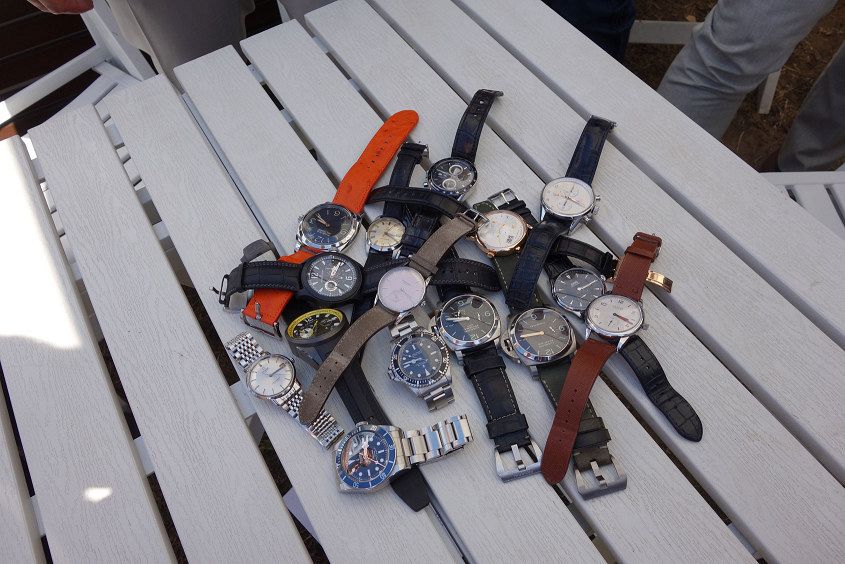 Thanks to all our guests for attending and making our first ever event a wonderful success and the perfect way to officially kick off summer. 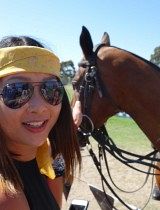 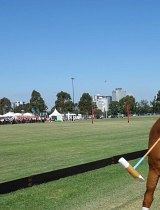 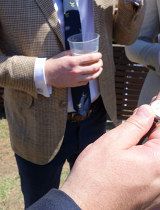 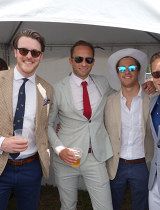 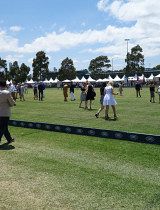 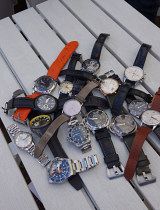 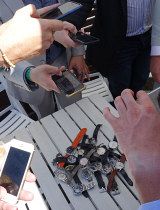 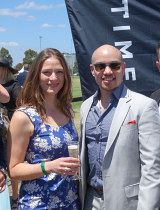 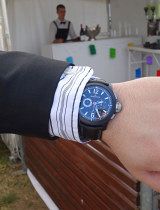 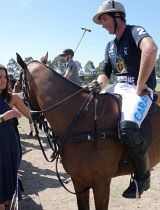 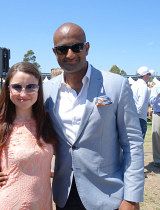 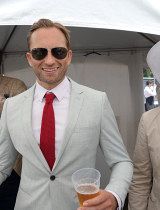 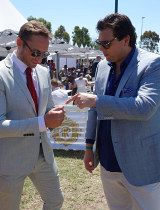 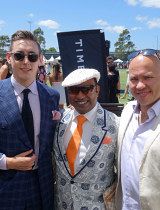 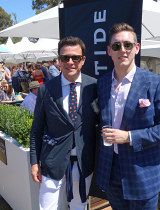 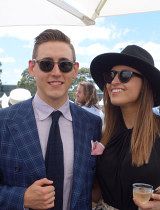 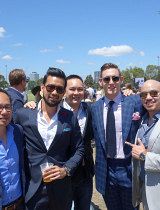 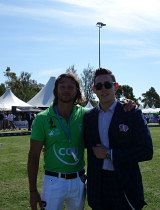 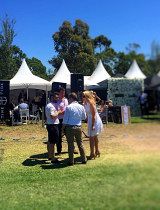 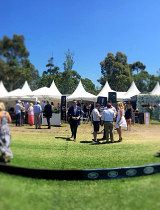