When we set out to write our first Buying Guide, which is now free to access in digital form, we pushed everyone in the team to go as far afield as possible in sourcing watches at all price points, especially at the under $1000 range, where value propositions are harder to find. This would be for print, after all. It had to have real value. It was obviously worth it, because only a couple of boxes of our first edition remain, with issue two going into production any day now. Every time I pick it up, I’m refreshed by brands I don’t see every day on Time+Tide. Baltic. Bamford. Certina. Laco. There’s some genuinely cool things going on with these brands, at a very favourable price. In the first of a series of surprise and delight posts, where we cherry pick some of our favourites from the early pages, we’re delving in to the entry level. To browse the full – and extensive – range of watches from $200 to over $200,000, be sure to visit the digital magazine.   Please note all prices are approximate and in Australian dollars. 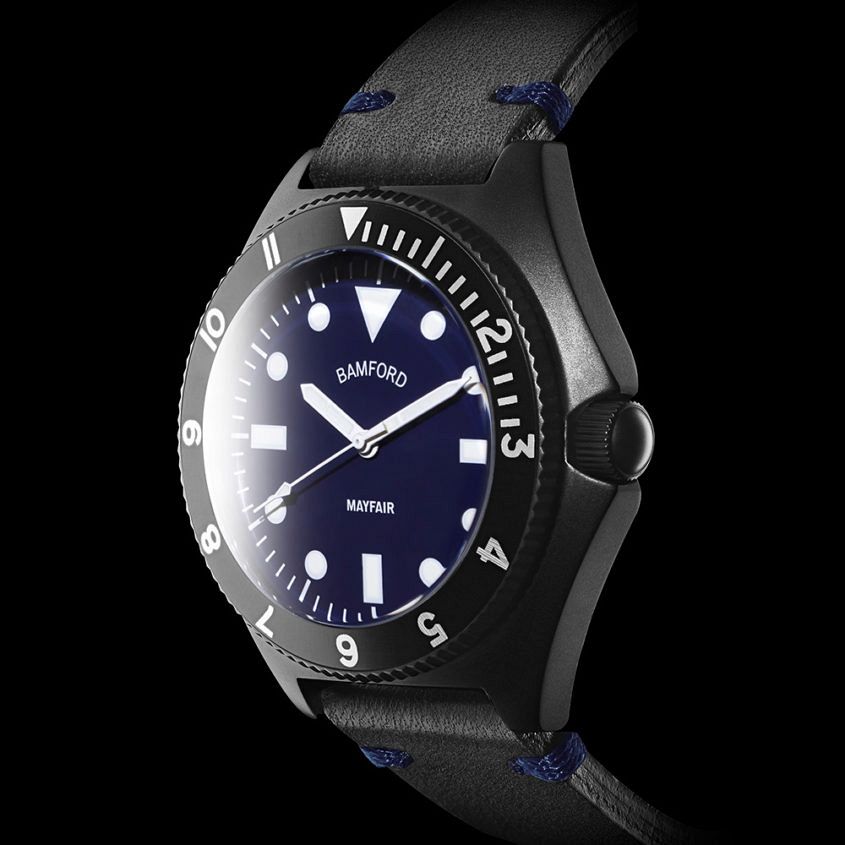 In 2017 the Bamford Watch Department, the kings of customisation, went legit by teaming up with LVMH’s Zenith and TAG Heuer to sell brand-authorised custom offerings. Fast forward to 2018, and the custom house now offers their very own watch. Inspired by the “service watches” that the London-based brand would loan to customers while theirs were being serviced, the Mayfair is fully customisable, and features a military-style expanded case that swells around the crown. 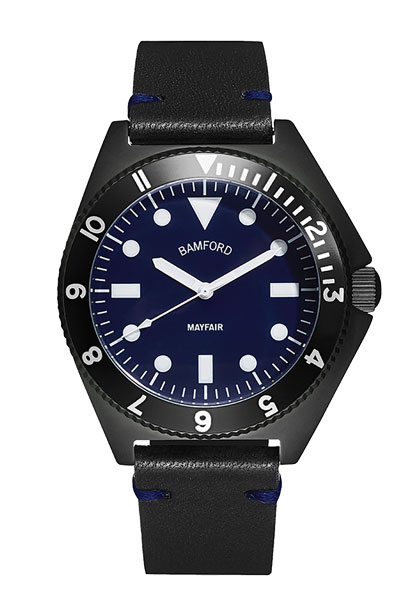 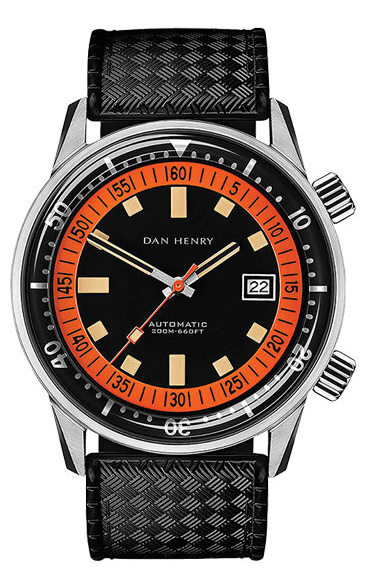 Over the course of 30 years, Mr Dan Henry has amassed a collection of more than 1500 watches. And from what began as a simple desire to share his passion with others, quickly turned into the beginning of his eponymous microbrand watch company. Taking inspiration from his collection’s most iconic pieces, the 1970 Automatic Diver features a compressor-style case with bidirectional inner bezel and plenty of vintage styling. 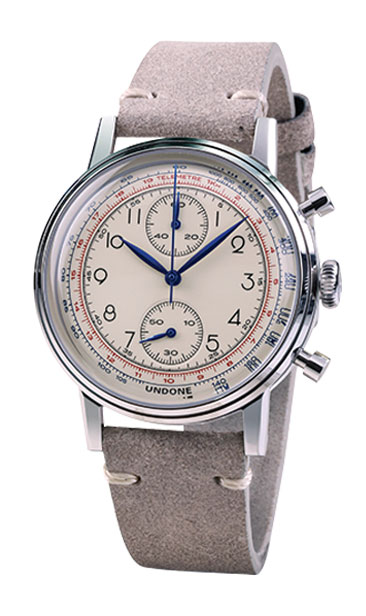 Undone have been bringing fully customisable watches to the people for a good couple of years now. Their latest offer is the retro-inspired Urban Chronograph. While you can still customise every little detail, Undone also created a series of pre-made designs inspired by iconic chronographs of days gone by. Our favourite is the Killy and its Dato Compax-esque warm creamy dial. 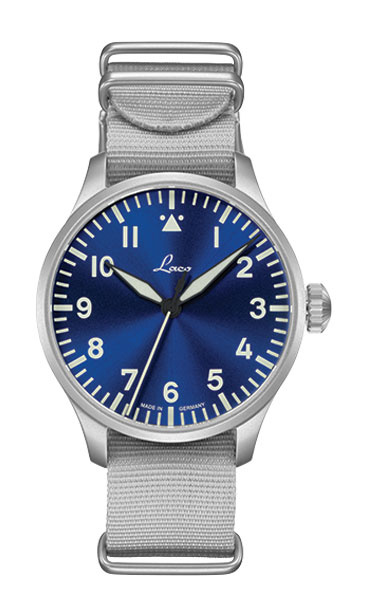 Dating back to 1925, Laco have a long history of German watchmaking. Based in Pforzheim in the Black Forest – known as the birthplace of the “Flieger” style of watches – the manufacturer was one of five companies who supplied watches to the German Air Force during the 1940s. Today they still make robust and very affordable pilot’s watches, and this version captures the traditional Flieger style and pairs it with a blue sunray dial. 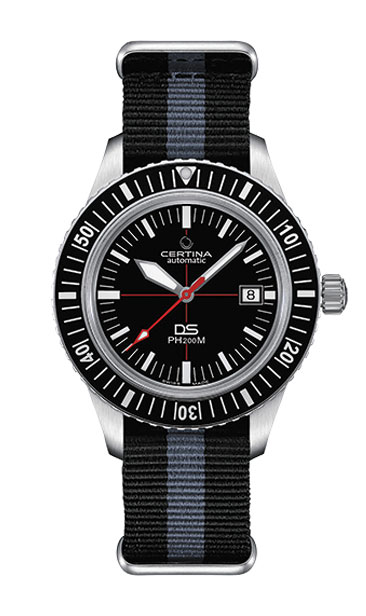 Certina aren’t a brand we hear a lot about in Australia, but those that know, know. In the 1960s and ’70s the brand was involved in several high-profile research expeditions that saw their watches worn by divers during the Tektite I & II experiments, as well as issued to divers in the Royal Australian Navy. The DS PH200M draws inspiration from an original 1967 DS diver but adds modern touches like the Powermatic 80 automatic movement. 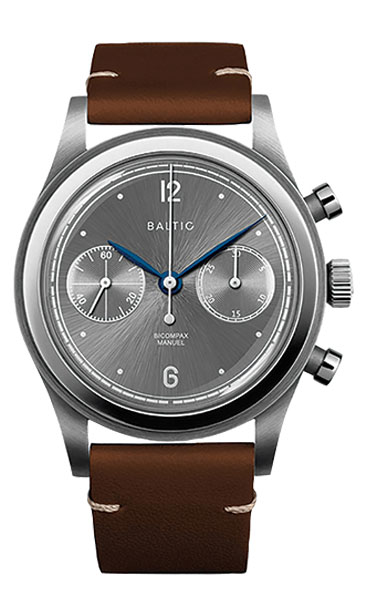 Like many of the watch world’s latest start-ups, French brand Baltic had their break on crowdfunding platform Kickstarter, raising more than €500,000 and offering customers the choice of two vintage-inspired models – a time-only and a dual register chronograph. Inspired by the step case designs of the 1940s, the BICOMPAX 001 follows the lines and codes of the vintage school of watchmaking. 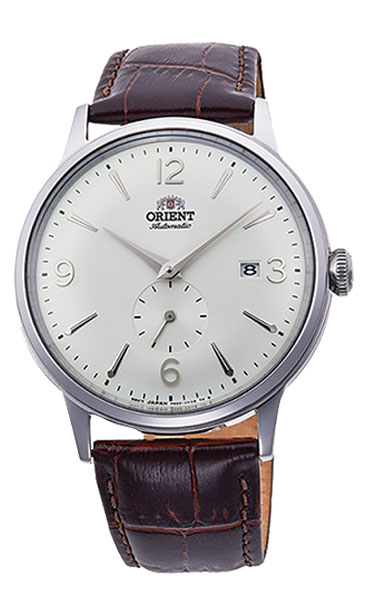 The Orient Bambino is often the answer whenever someone recommends a classically styled watch that won’t break the bank. And while the humble dress watch has undergone multiple redesigns and relevant updates over the years, its trusted formula has remained the same – three hands with a date, a domed crystal, and domed dial. In 2018, however, the Orient Bambino receives its biggest refresh, one that includes a brand-new movement, Arabic hour markers, and a small seconds display.