The worst brand associations feel like they’ve been hatched in drunken brainstorms at the end of a very long day. There seems zero reason to attach the celebrity to the product, beyond a marketing budget that urgently needs to be spent. Thankfully, TAG Heuer’s decision to partner up with Kyle Chalmers isn’t like that at all. In fact, it seems less like a marketing decision than intuitive common sense. 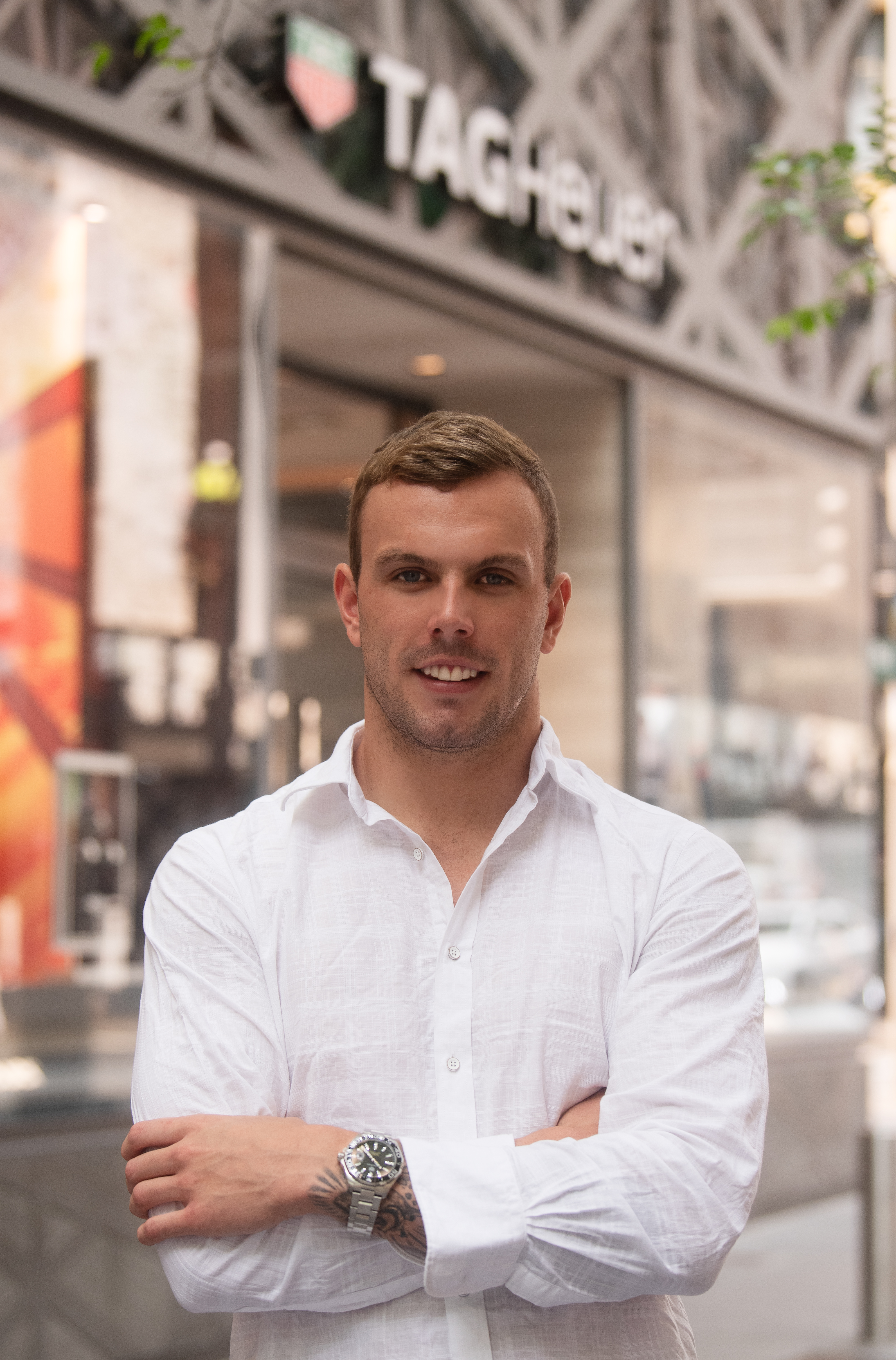 Think about it, for a second. You’ve got a watch called the Aquaracer, so it’s logical you buddy up with an Olympic gold-winning swimmer. And that’s exactly what TAG Heuer have done with today’s news that Kyle Chalmers has become a “friend of the brand”.

Chalmers stunned the world at Rio 2016 when he seemed to come out of nowhere to win the 100m Freestyle as a fresh-faced 18-year-old. Four years on, he’s now got his eyes fixed on this year’s Tokyo Games and the chance to consolidate his legacy as an Australian Olympic hero.

TIME+TIDE: As an Olympic swimmer, it’s not just a question of every second counts, it’s every 100th of a second. Are you constantly aware of the clock in the pool?

KYLE CHALMERS: Obviously, swimming is a very, very close sport. It can come down to 0.01 of a second in a lot of races. It’s very, very fractional — a lot of races end in ties. So as swimmers, everything we do revolves around time — training, competition, even warm-ups. When I’m in training, I’m constantly checking the clock to see how I’m going and, obviously, my coach times me, too.

In an actual race, I’m actually not worrying so much about time, I’m more focused on where everyone else is [in relation to me]. I’m concentrating on swimming smart, swimming fast and swimming to win — those are the things I live by. My actual time is just a bonus at the end of the day. If I swim a race and don’t get my best time but still win, then I’m happy. But in training, everything revolves around the time.

TT: Given this intimate relationship with time, would you call yourself a watch guy?

KC: I definitely am now, after coming through TAG and learning the history of their watches. It’s been quite overwhelming to get an understanding of the brand and the 160 years they’ve been around for. I’m honoured to be a part of the family now.

I wasn’t in a position to be able to purchase an expensive watch in the past, but now being a professional athlete, it’s something that I’ve started taking a massive interest in.

TT: Are you a one-watch guy or do you change it up day to day?

KC: Right now I’m a one-watch guy for sure. I’m wearing the Aquaracer at the moment and I love that I can wear it anywhere. I can wear it in the water while I’m swimming, I can wear it with casual clothes, but I can also wear it when I’m suited up. So it ticks all the boxes. 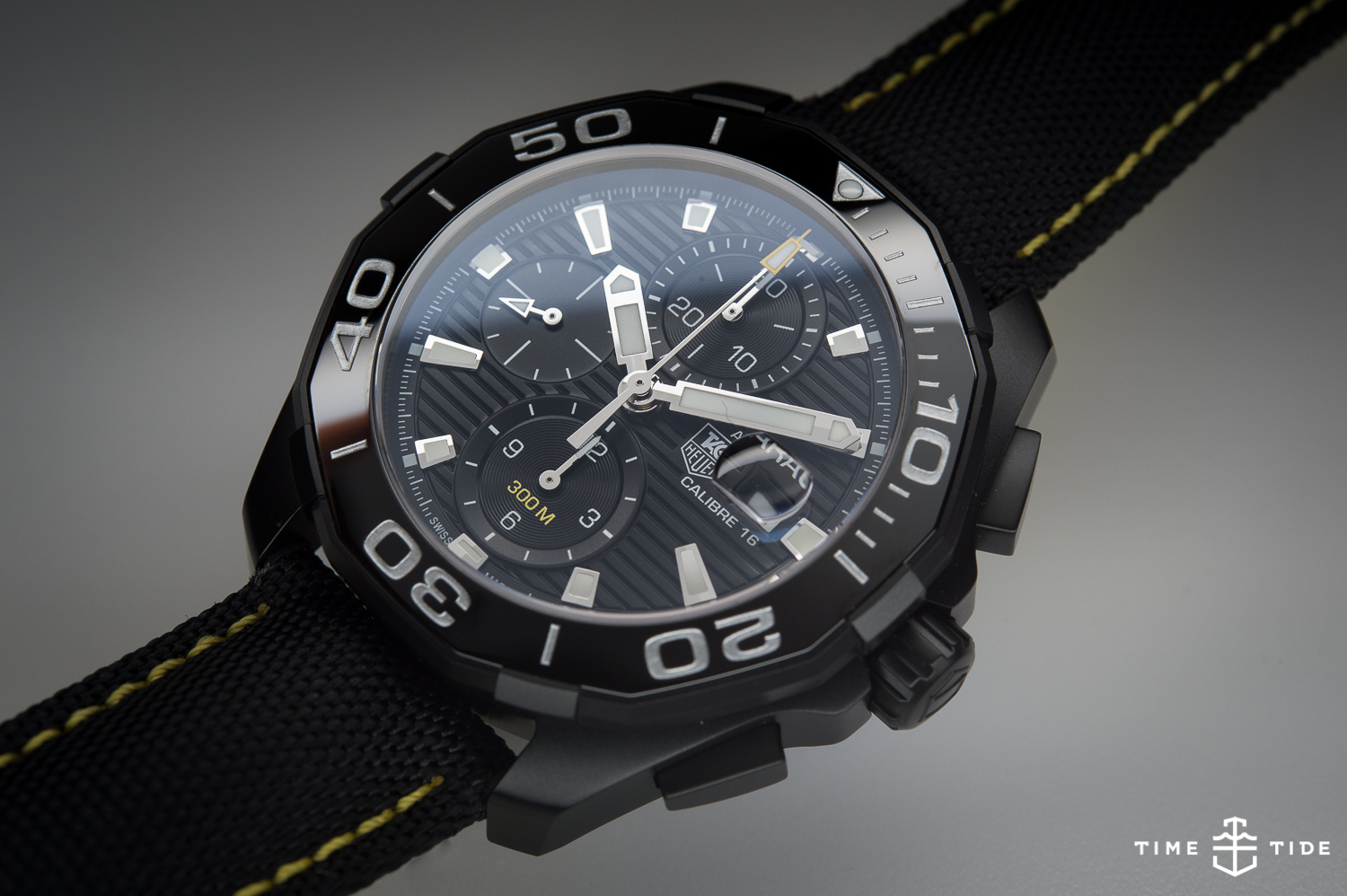 TT: One of TAG Heuer’s slogans, of course, is “don’t crack under pressure”. Talk us through what you do specifically in the lead-up to a race to ensure that you perform at your peak?

KC: I honestly love the pressure. Before a race, I like to go out and take a look at the crowd to see what I’ll be walking out to.  Then, in the hour before, I just try and relax. Sometimes I watch YouTube videos of basketball. I also take a [AFL] footy wherever I go in the world and I like to kick that around. It reminds me of home, takes my mind off the swimming and helps me stay relaxed.

We have to be in the marshalling room 20 minutes before we race. And that’s when I start to get serious and really switch on. When I finally get up there on the blocks, I say to myself, “It’s my race — no one can take it from me.” I fully back myself in every competition. There’s no point in standing on that block and thinking you’re swimming to get second. I’m swimming to win.

You’ve got to have that confidence to perform. It’s like how UFC fighters or boxers fully back themselves in their press conferences and believe in themselves no matter what. I think that’s what every professional athlete needs to have.

When it comes to a swimming race, everyone’s in the same situation: you’ve all got a lane, you’ve all done the work to be there. It’s just a question of who can manage not to crack under pressure.

KC: Definitely. I’ve said that to myself for a long time. I remember watching the movie Gallipoli and the guy says something like that on there. I’ve kind of got stuck with that motto since.

TT: Well, it seems to be working for you! But your success must also bring its own challenges. You’ve reached the pinnacle of your sport at such a young age, winning Olympic gold at 18. How do you stay hungry and motivate yourself now?

KC: You’re right, I achieved it at such a young age and it was kind of unexpected. It changed my life. But what keeps me motivated is wanting to experience that moment again. You know, I probably took it for granted as an 18-year-old. But four years later I know how much hard work I’ve done and the rewards that come with winning an Olympic gold. That keeps me motivated on a daily basis. But it’s also just trying to achieve things that I guess people don’t think is possible.

TT: Is there something specific that you’re gunning for?

KC:  I’m currently 0.1 of a second off the world record. It’s such a fractional margin and people thought that time would never be broken ’cause it was done in a super suit in 2009. People used to look at that time and think it would stay forever. Now, to be so close to it — that’s something that definitely motivates me. But I’ve also got a guy from the US who’s swimming around the exact same times as me. 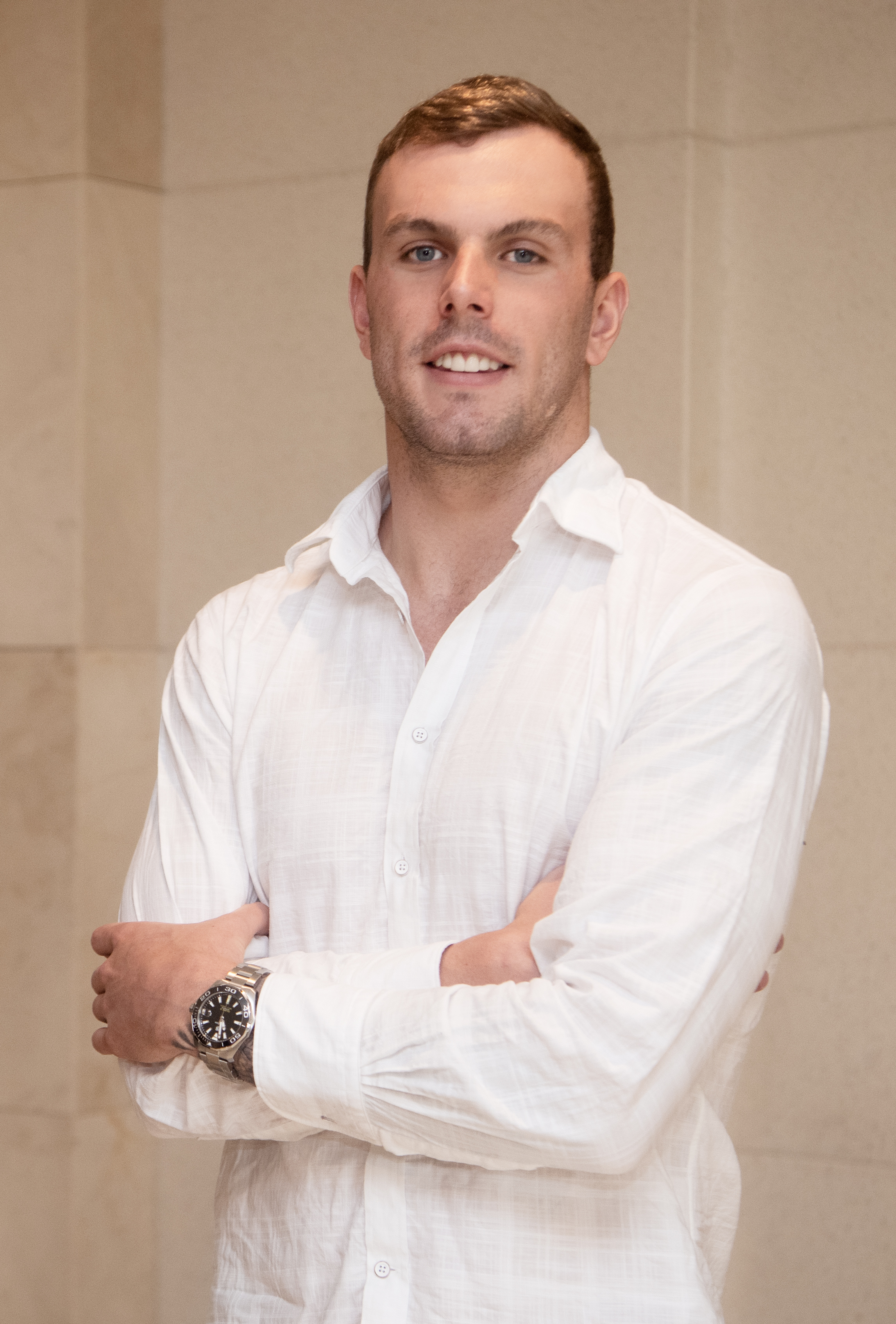 “I fully back myself in every competition” – Kyle Chalmers

TT: Yes, it looks like you’re set to have one of swimming’s great rivalries with US swimmer Caeleb Dressel. How focused are you on him?

KC: It’s a motivator for me. When I’m in a hard position in training, I can think about him and what he’s doing and it motivates me to push that little bit harder. So it’s a rivalry, but I’m also lucky to be good friends with him. As much as I want to achieve greatness, I know that he’s a hard worker and a great dude. But the Olympics is where it counts and I’ll be doing my absolute best to be standing on that number one podium again this year.