The Commonwealth Games is a prestige sporting event if you’re in one of the competing nations, with one held every four years since 1930. Longines has had a sporadic relationship with the Games since their first sponsorship in the 1962 Games, but the milestone agreement in 2020 sees the winged hourglass as partners with the Commonwealth Games until 2030. In celebration of the upcoming Games in Birmingham, Longines have released this limited edition watch within their super-sporty HydroConquest range. 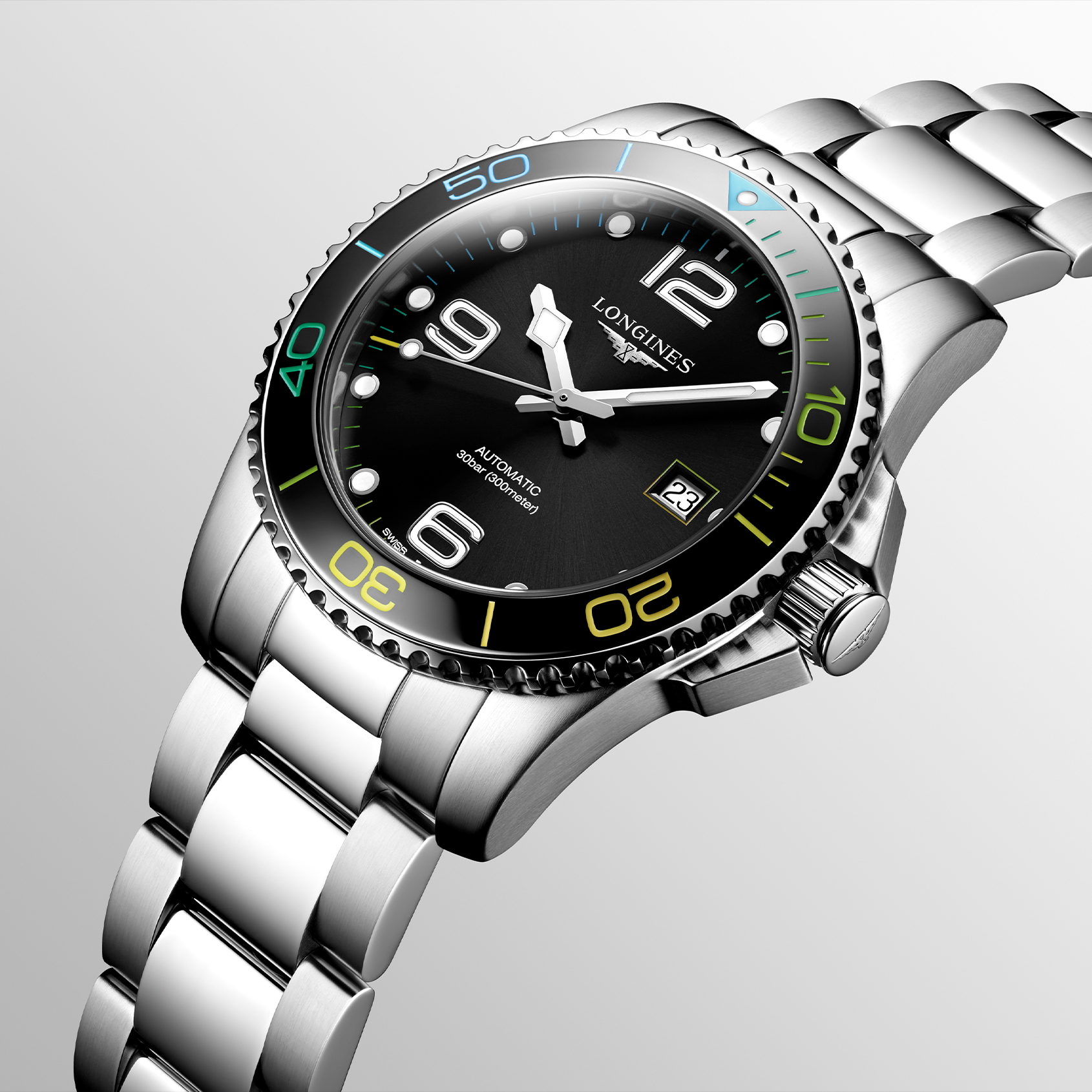 Just as the Commonwealth Games has kept up with modern sports, the Longines HydroConquest XXII Commonwealth Games represents everything great about modern mechanical dive watches. The 41mm size emboldens the wrist of whomever chooses to wear it, with strong lug guards and an emphasised screw-down crown. The ceramic bezel has a nice glossy sheen, while the colours of the Commonwealth Games are spread across the bezel markings in a soft and pleasing gradient. This gradient is matched by the minute markers between the applied indices, which also offer a great after-dark glow. 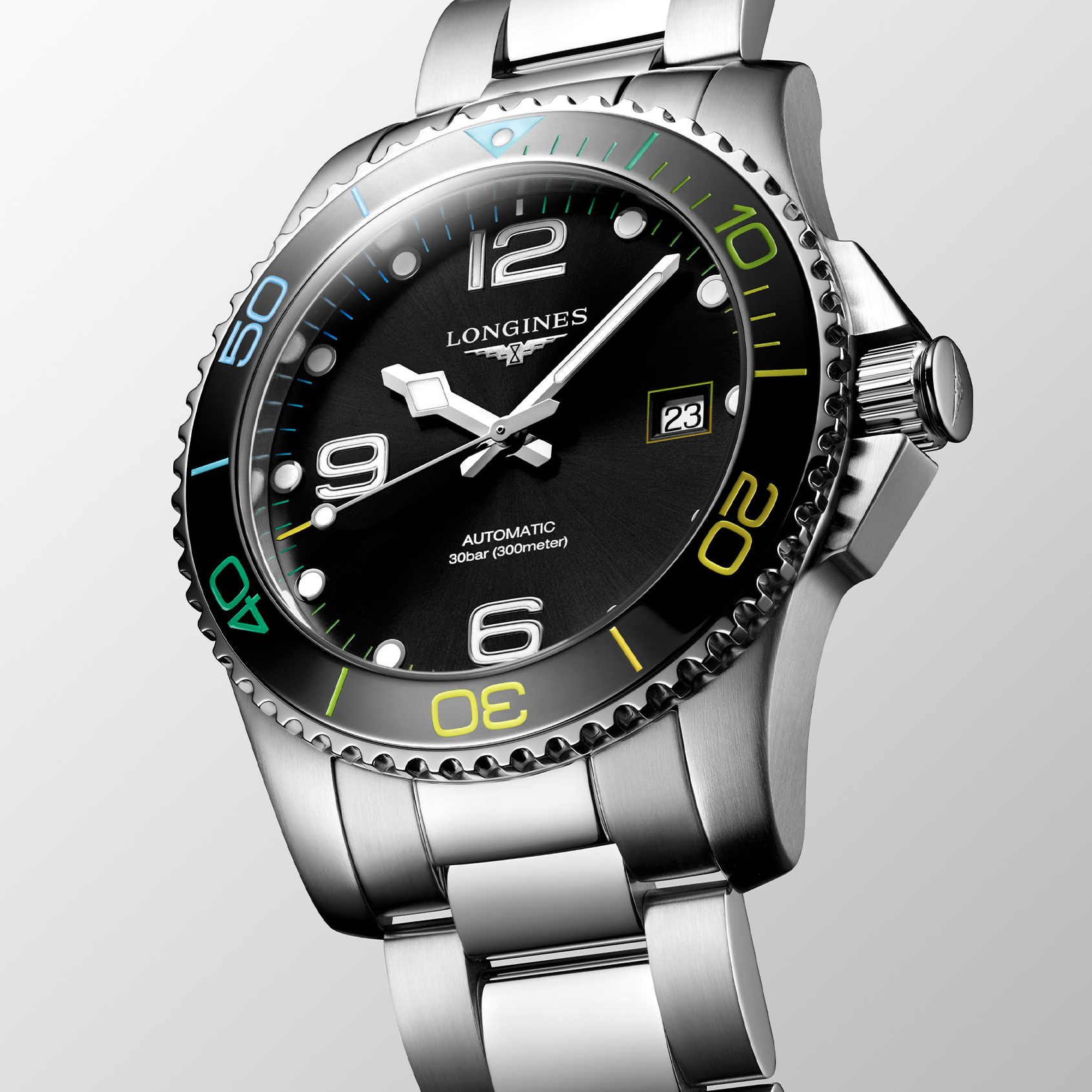 Of course this Longines HydroConquest XXII Commonwealth Games is capable for diving and sports with an all-steel construction, 300m water resistance and the scratch-resistant ceramic bezel, however it’s perfectly suited to dressier situations too. The polished centre-links on the bracelet give it a sense of luxury and refinement, as does the subtly-sunburst black dial with no single element too aggressive. The bracelet includes an integrated diving extension into the milled security clasp, and the date display at 3 o’clock doesn’t look out of place with its white background — the printed frame in yellow a neat touch. 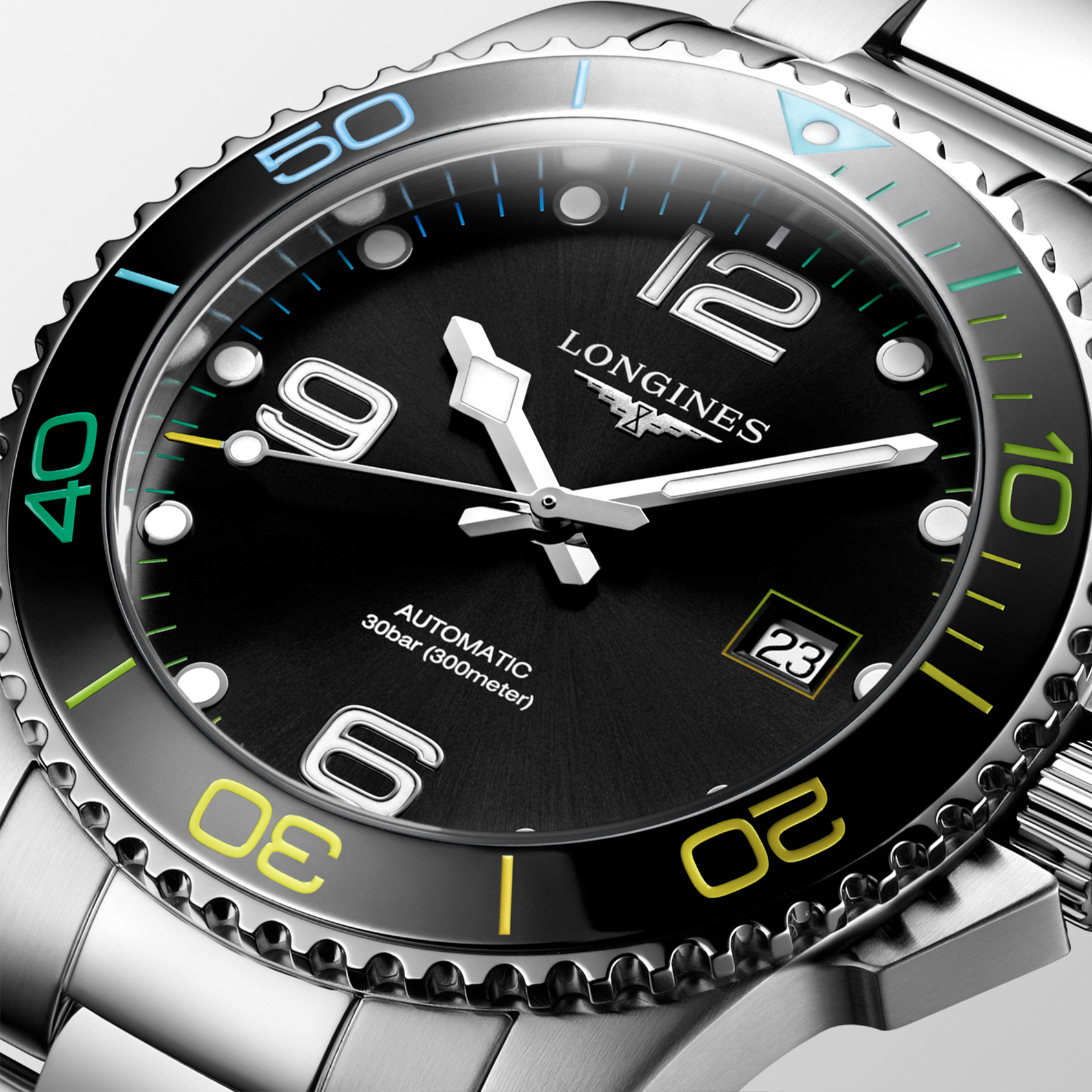 The Commonwealth Games reference is engraved into the caseback, with the Birmingham 2022 logo and the limited edition text stating that only 2,022 pieces were created. The solid caseback hides the automatic calibre within, with the Longines L888.5 movement providing a solid 72 hours of power reserve at the beat rate of 25,200 vibrations per hour. Being an ETA design, it also utilises a silicon balance spring for more durability, reliability, and anti-magnetism. 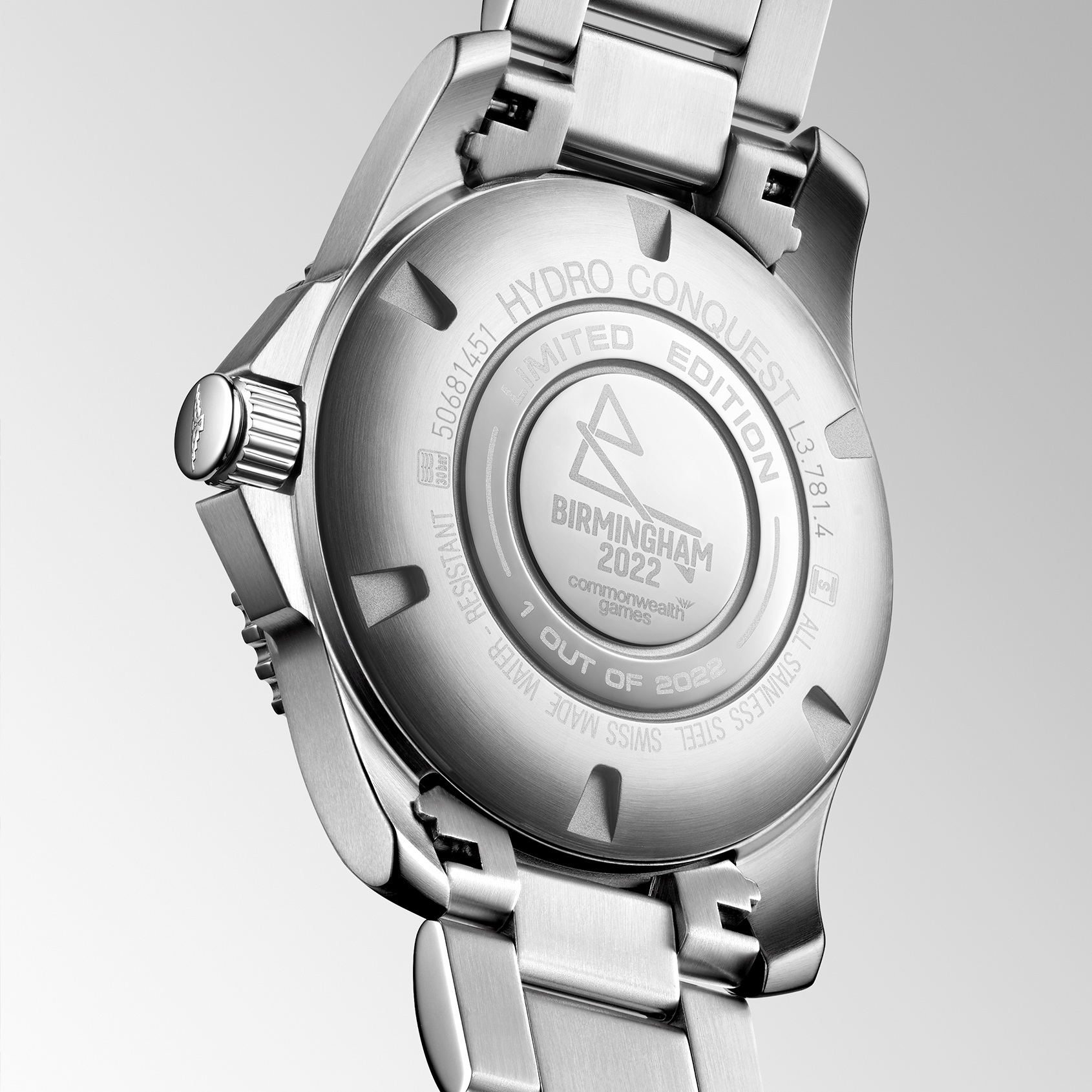 The Longines HydroConquest XXII Commonwealth Games is limited to 2,022 pieces and will be available from Longines boutiques and authorised dealers. Price: $2,900 AUD