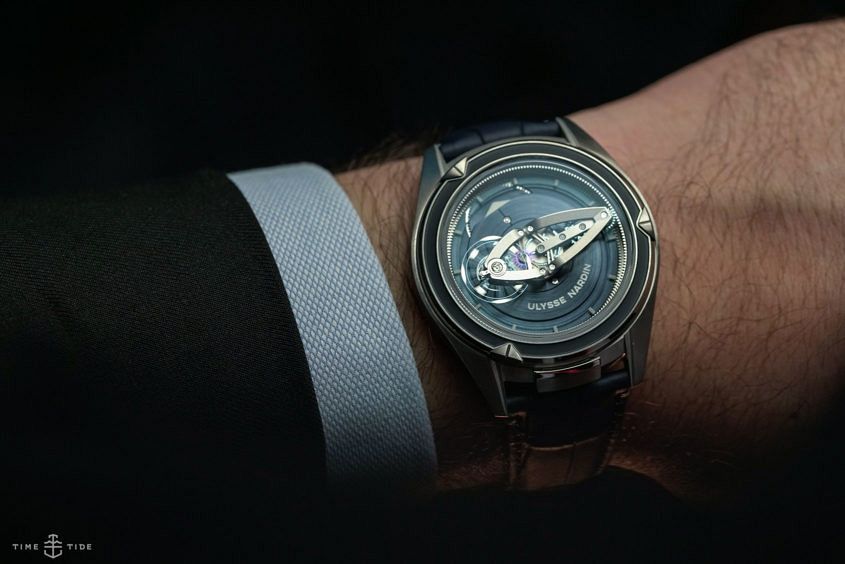 After a warm reception to the forward-thinking Freak-based Ulysse Nardin Innovision 2 at SIHH in 2017, the highly anticipated production variant — dubbed the Freak Vision — took centre-stage at the brand’s ocean-themed booth at SIHH. Of the original 10 patents (four issued, six pending) that found their way into the concept watch, three have been integrated  into this new production piece, including the recently launched anchor escapement design, large-diameter silicium oscillator, and ultra-efficient “grinder” self-winding system. Cased in a brushed platinum with a blued bezel and case flanks (with a titanium bezel), the 45mm beast wears surprisingly comfortably given its sizeable dimensions, and manages to be the most understated iteration of the Ulysse Nardin Freak I’ve ever seen. 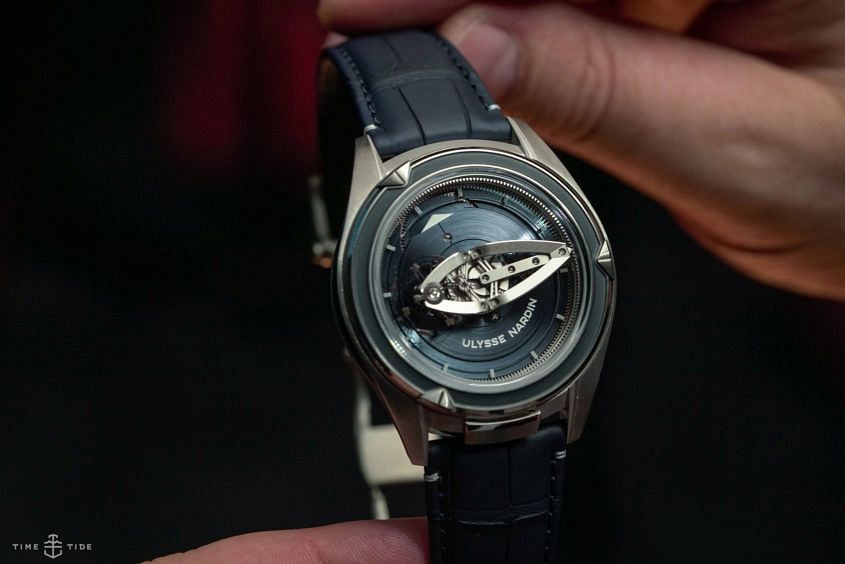 The original Freak from 2001 marked the brand’s first foray into silicium component development, and they continue to be a leader in the category. Now, 17 years past the creation of the first Freak, this latest example feels very much like the turning of a page into the next chapter of boundary-pushing Ulysse Nardin creations. While its carousel tourbillon movement setup — where effectively the entire movement acts as a giant tourbillon, with its large boat-shaped bridge structure doubling as a minute hand — remains true to the Freaks of what is creeping on two decades, the piece’s overall design is much more contemporary (I would almost say conservative; certainly it’s toned-down) than any of its predecessors, and the buzz throughout the SIHH halls was resounding that more enthusiasts and writers than not were saying that this was finally a Freak they could see themselves wearing. Offered at a sub-100k CHF price point – 95,000 CHF to be exact – and with the promise of even more affordable variants to come, we wouldn’t be surprised to see the new Freak become much less of a “niche” watch than it has been in years past. 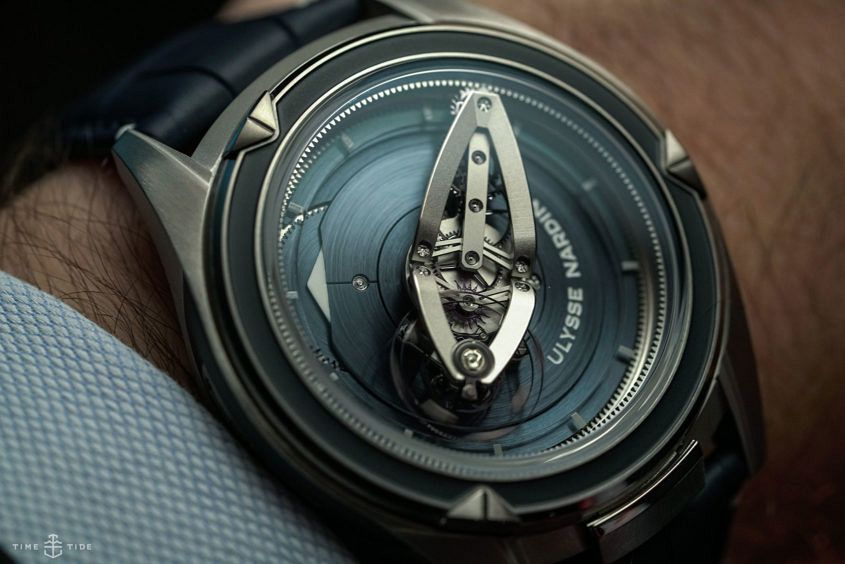 With much of SIHH 2018 being driven by new dials and minor modifications to existing pieces or collections, Ulysse Nardin truly delivered a breath of fresh air alongside a handful of more left-field releases. On one hand, the Freak Vision is clearly a look forward at their design direction and wanting to evolve their aesthetics. On the other, the 46mm Deep Dive Hammerhead Shark comes across like something that should sit alongside the early-to-mid 2000s wave of chunky oversized divers. Add to that the very vintage-inspired and smartly priced Marine Torpilleur models that were launched ahead of SIHH, and you’re left with a collection that lacks a little cohesion. That doesn’t take away from the fact that they’ve done a very good job with the Freak Vision. 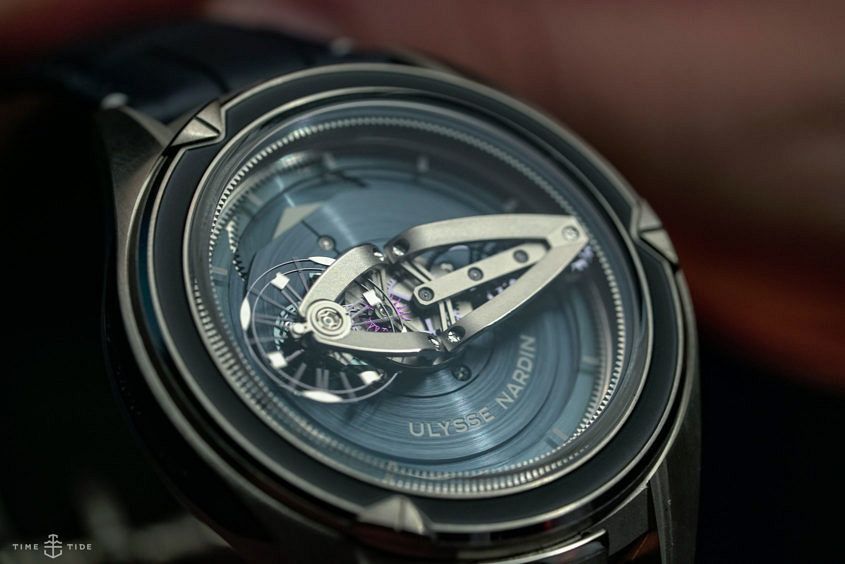