Editor’s note: This year we’ve been a little guilty of gushing all over the brand spanking new Octo Finissimo Chronograph, but it’s worth remembering that this shiny new star isn’t the only Octo Chrono in the mix. Meet the definitely not thin Bulgari Octo Chronograph … 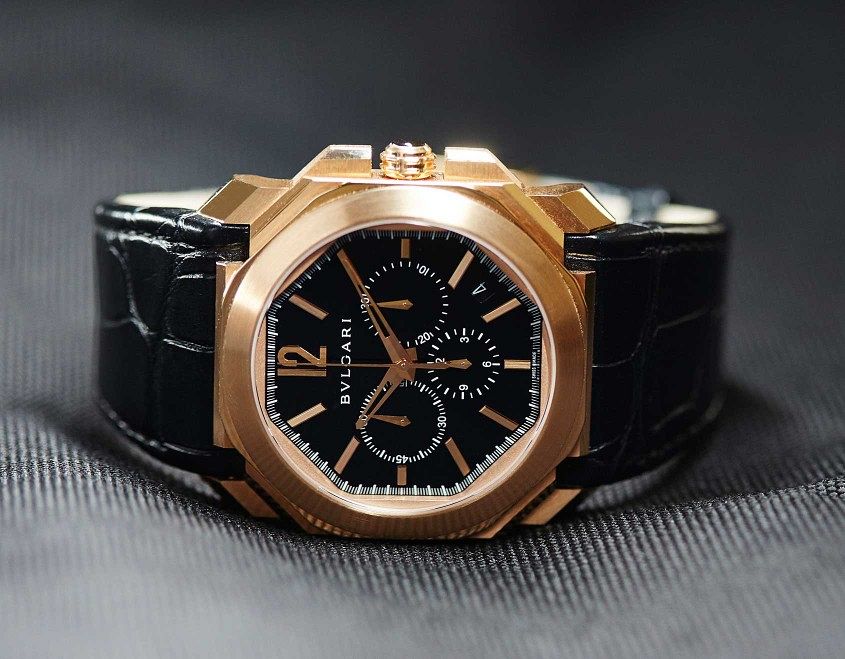 One of the marks of a strong watch design is that it can be reimagined without losing its potency. Audemars Piguet’s Royal Oak, the Jaeger-LeCoultre Reverso or pretty well any Rolex are all excellent examples of this rule. The same goes for the Octo — a distinct watch that didn’t actually begin its life with the name Bulgari on the dial. It was originally the work of Gérald Genta, the famous designer of both the Nautilus and the Royal Oak, who clearly had a thing for multifaceted shapes. His brand was acquired by Bulgari in 1999, and since then the Octo has gone from strength to strength, constantly building on the remarkably strong foundation of its angular case. 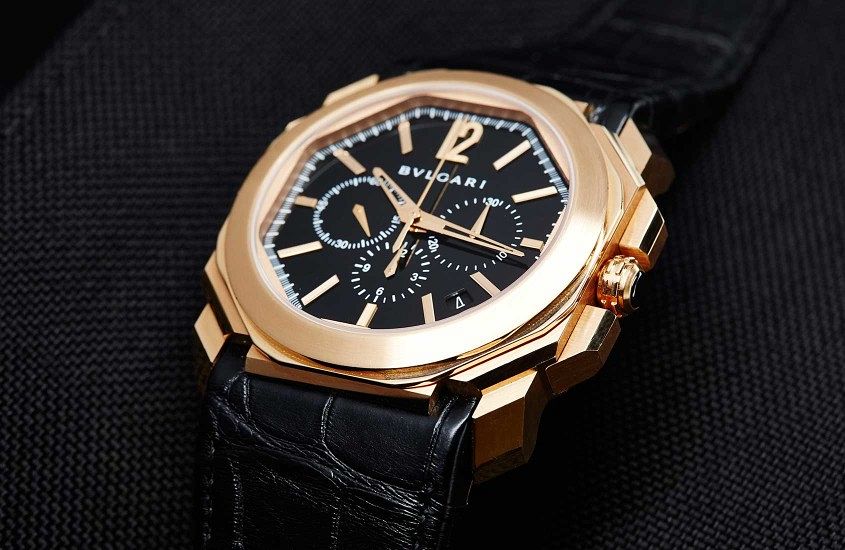 Take, for example, this Octo Chronograph in pink gold, first released at Baselworld 2014. It’s a straight-up power watch. A massive, uncompromising slab of gold that can’t help but look amazing thanks to the combination of multiple brushed and reflective surfaces. The inky dial only heightens the allure, allowing the radiant applied indices to emerge almost magically from pure blackness. 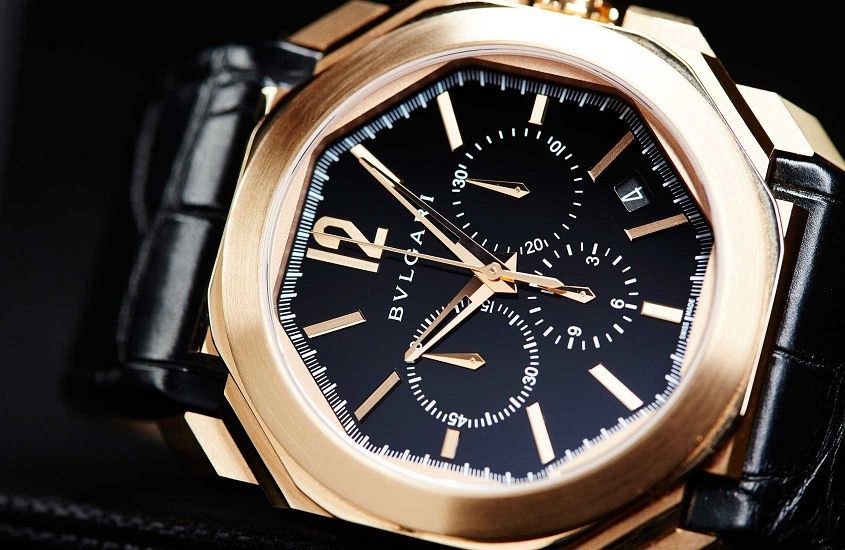 The other great thing about this watch is the design of the chronograph pushers. They fit so harmoniously into the overall case design that, were it not for the chronograph subdials, you wouldn’t notice them at all. 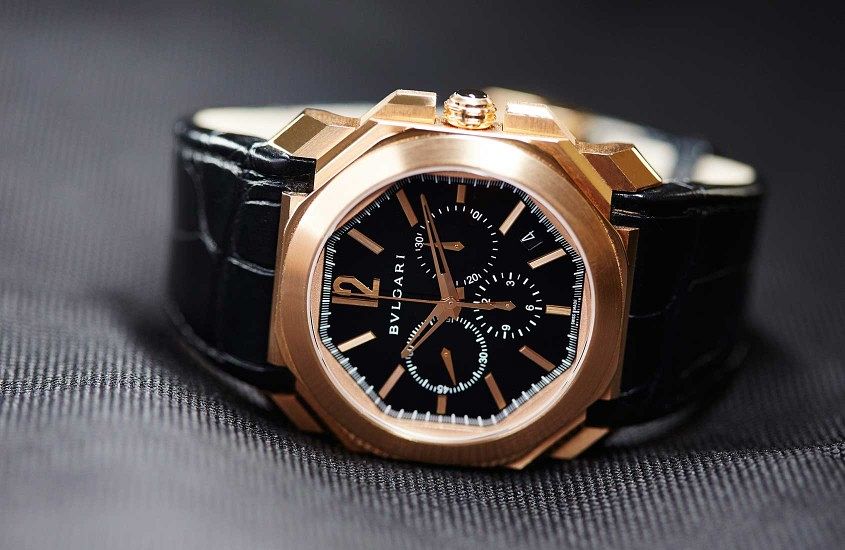 Powering that chronograph is the BVL 328, which is essentially an El Primero with a silicium escapement (access to the vaunted El Primero is one of the perks of being part of the LVMH group, which also owns Zenith). It’s a great chronograph movement, and Bulgari has treated it right by finishing it well and showing it off through the display back. 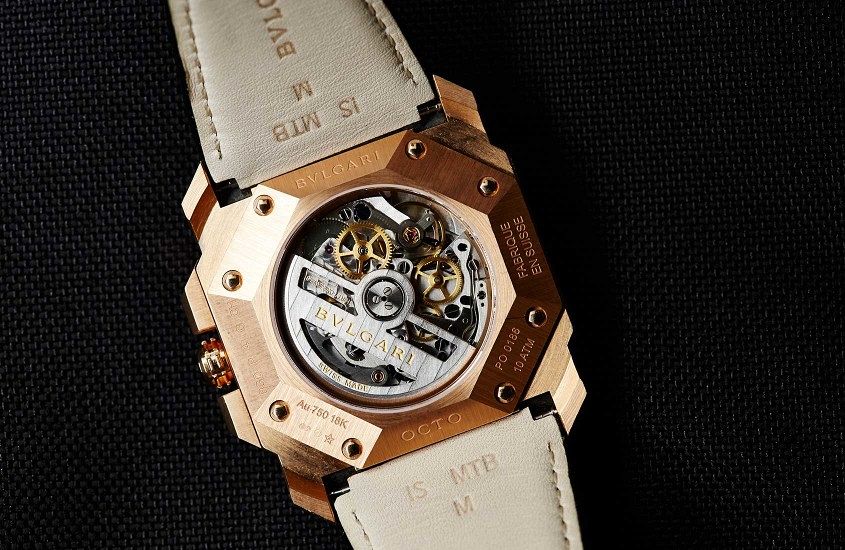 The Octo is one of those watches that you need to try on to appreciate, and that’s even truer with this solid gold number. 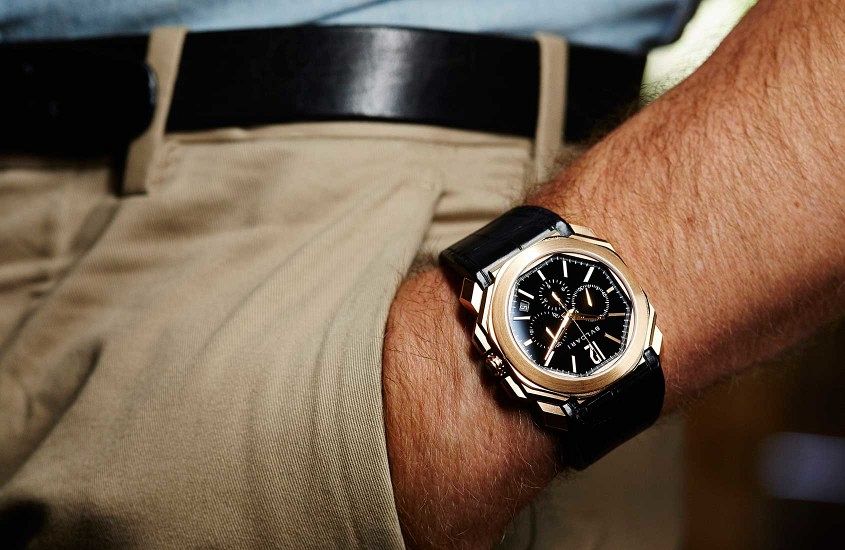