If, like us, you are madly into watches, then you’ve had today’s date marked in your calendar for the past few months. Yes, the 26th of October is the day (in America) that Phillips auction off Paul Newman’s actual Paul Newman Daytona. And given how crazy the hype is, we know that mere mortals like you and I aren’t anywhere close to even think about bidding on it. But that hasn’t stopped me wondering who will sign that winning cheque, with many experts speculating that the attraction of this watch extends far beyond that of your top tier watch collectors, given Paul Newman’s universal appeal. This is potentially not just the most expensive Rolex ever sold, but the most expensive wrist watch, ever.

To most, the thought of dropping seven or eight figures on a watch is not only completely absurd, but financially impossible – but to a small percentile, it’s a drop in the ocean. For example, assume the hammer drops at say $10 million USD, to  someone worth 300 million – you’re talking three per cent of their net worth. Doable. But why do we think a celebrity buyer is in the running?  Well, given the publicity this watch auction has received, and the fact that even mainstream media has covered it since the announcement, everyone who could possibly be a buyer knows about it and could therefore buy it directly from the auction. And if the buyer is someone with a public profile, here’s our quick hit list of celebrity bidders with serious watch cred. 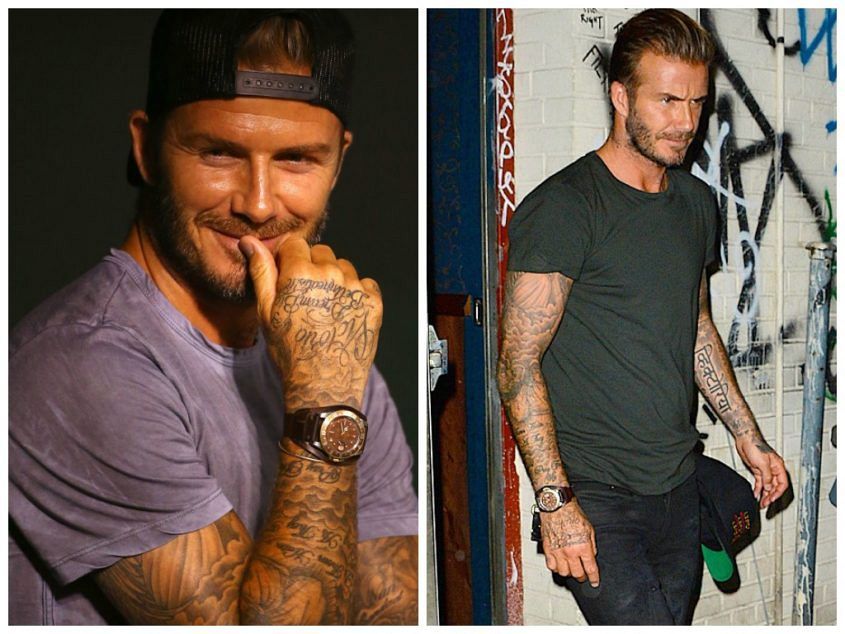 Kicking off our list is none other than recently announced Tudor Ambassador, David Beckham, with an estimated worth of $450 million. We know Becks loves his vintage Rolex, and is often spotted wearing various vintage Submariners and GMT-Master pieces. With his recent ambassadorship with Tudor, the purchase of the PN PN would only strengthen the relationship, and a purchase like this would be pocket change. 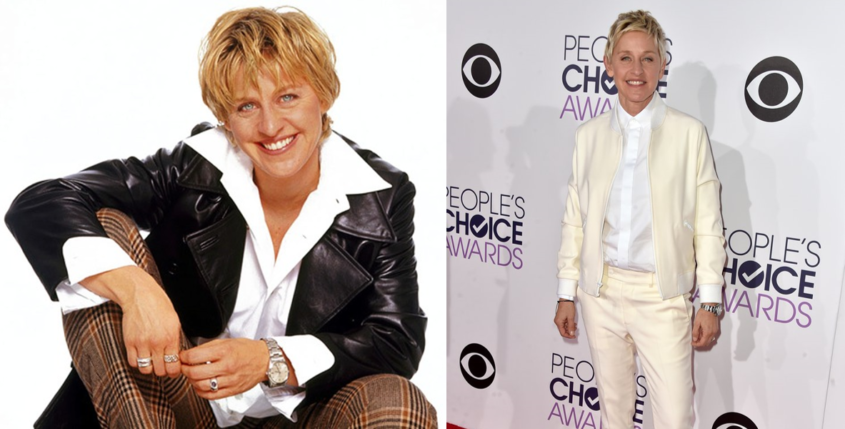 Next up we have the beloved Ellen DeGeneres, who (thanks to this great throwback pic) we know has loved all things Rolex for quite some time. Ellen’s also known amongst the watch community for a seemingly endless collection of both modern and vintage Rolex, especially Daytonas! Not only that, but Ellen actually owns the true Paul Newman Daytona – the ref 6239 fitted with an exotic dial. Again, not short on funds, Ellen seems like the most likely of the bunch to buy this watch. 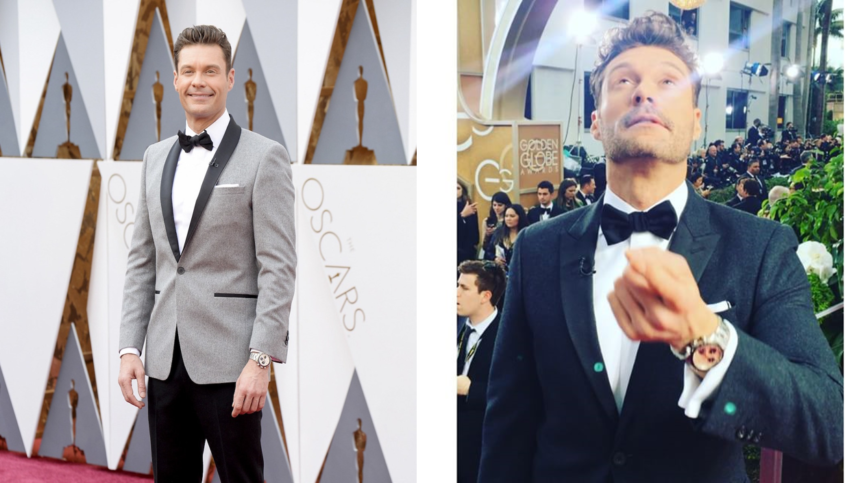 Another celebrity well suited to make this purchase is Ryan Seacrest, another very high-profile vintage Rolex collector. We’ve previously spotted Ryan rocking his vintage Rolex Daytona ref 6263 ‘Big Red’ on the red carpet on multiple occasions – most notably the Oscars, where it seems to be his watch of choice. Should Ryan have the winning bid, we can expect to see him upgrade his wrist game come the 2018 Oscars. 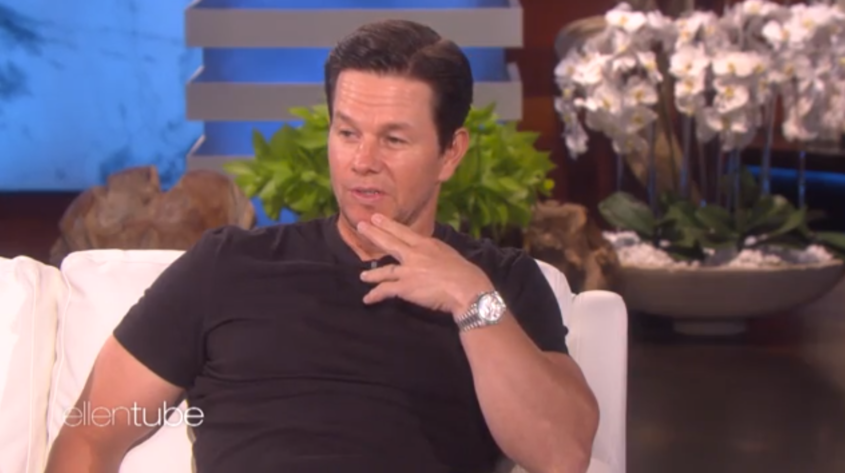 Now, Mark Wahlberg might sound like an unusual pick, given historically, the only Rolex we typically see him flashing are precious metals, which are usually iced out. But name a bigger statement piece than Paul Newman’s Paul Newman – I think the bragging rights alone are enough to get Marky Mark over the line. After all, think about what fictional character Vinny Chase (of HBO’s Entourage – of which Mark was an executive producer), a character loosely based on Mark Wahlberg, would do … He’d buy it. 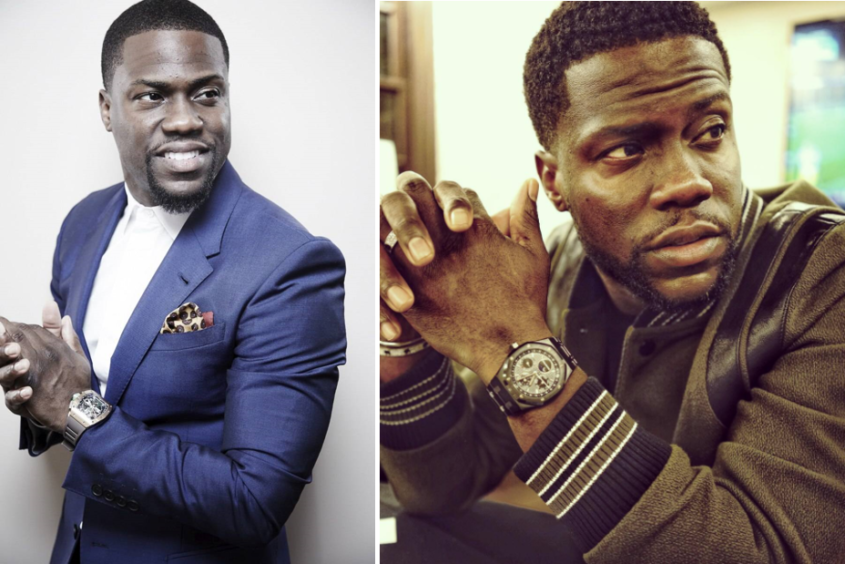 Over the years we’ve seen actor/producer/comedian Kevin Hart share his love for watches quite extensively with the public, not only sharing his passion on his Instagram feed (through his #WatchGameIsDisgusting), but speaking to numerous watch publications. Kevin’s also expressed interest in working with brands, and Kevin, if you were looking for a better way to let them all know you’re serious – look no further. Buying Paul Newman’s own watch is the perfect way to let the world know that Kevin Hart is 4 real. Also, I hope that come auction time, whatever is to the left of Kevin, clearly distracting him, is gone – so that he can focus on winning! 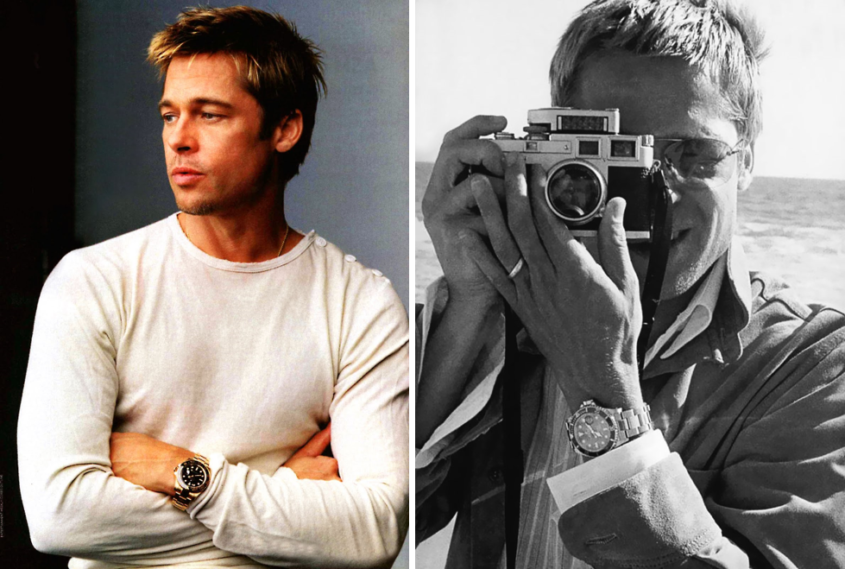 The final spot on my list is none other than Brad Pitt. Brad’s been spotted over the years wearing a bunch of different watch brands, and is no stranger to the likes of Cartier, Patek Philippe and A. Lange & Söhne. But there’s one brand that really dominates his collection – Rolex. In fact, at one point Brad did a marketing campaign (which is amazing) for a Japanese Rolex dealer, called “Nothing But Rolex”. I’ll ask Brad when we speak next, but I’m sure he’s a major fan of Paul Newman’s work. Definitely a possibility.

At the end of the day, this piece might just end up going to a private collector – we’ll have to wait and find out.