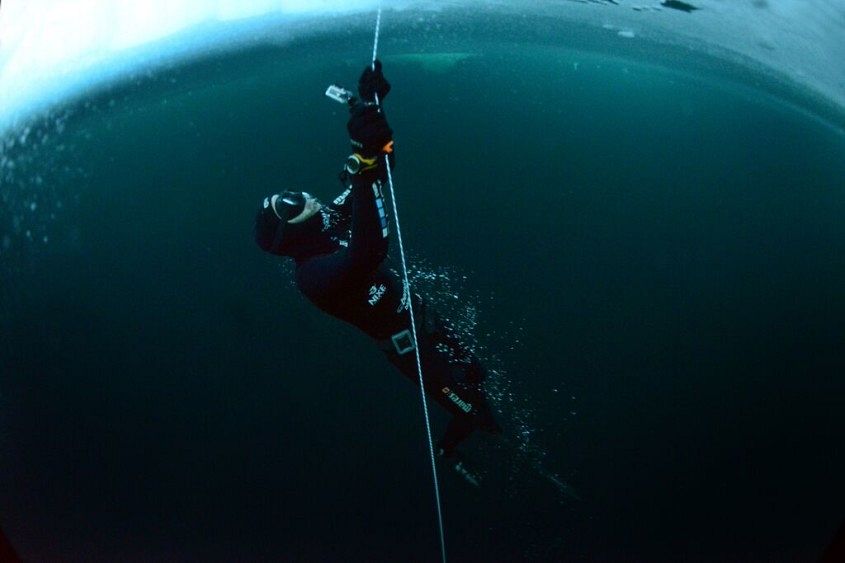 A hole in the ice, a wetsuit, a rope and a shaft of light barely penetrating the 2000m deep waters chilled to two degrees below zero; these were the basic elements that confronted Christian Redl, champion free diver on the day he was the first person to free dive under the North Pole.

The first dive of three took just one, adrenaline charged minute but it was 12 years in the making. In 2003 when he did his first ever dive under the ice of an Austrian lake Redl knew that one day he would have to conquer the North Pole. 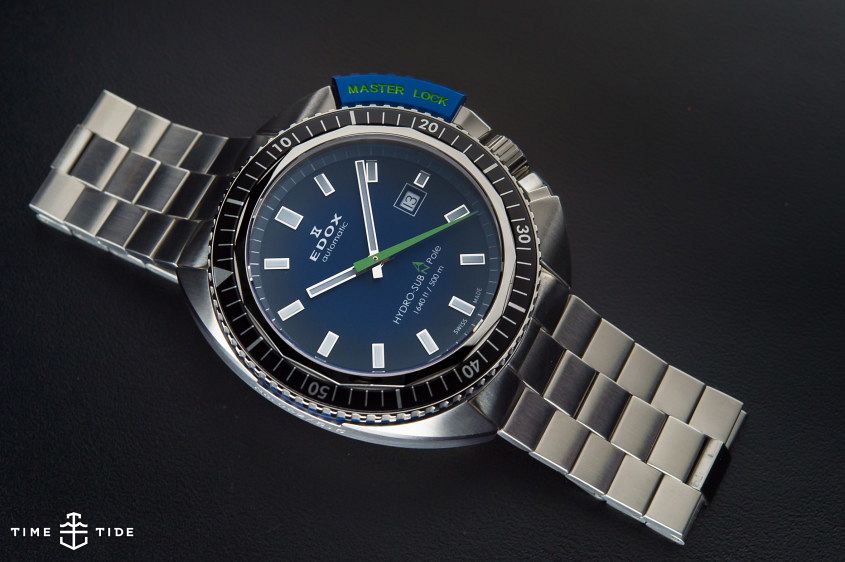 Just over a year ago Redl was in a position to make that dream a reality, and so began the 12 months planning it took to get to the pole. Things went up a notch six months out, with Redl’s training regime going from hard to hellish – when your only access to oxygen is a hole in the ice a few feet across, you need to be as fit as you are focused.
Even getting to the pole, (from Svalbard in Norway), was a mission, involving extensive negotiations with the Russians who control the airspace, and a lengthy trek from the Arctic base camp to the pole. It was a total journey of two weeks.

When they reached the site, Redl made a total of three dives, racking up just over 10 minutes under water. The first lasted only one minute. But for Redl, the investment was worth it. 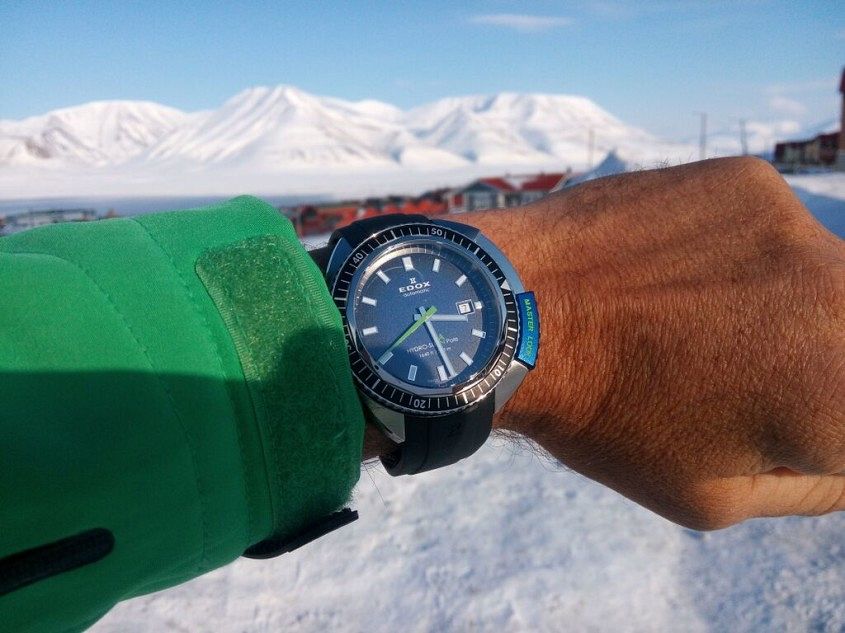 Aside from being an adventurer and skilled diver Redl is an ambassador for Edox, and strapped to his wrist as he dived was a brand new Edox Hydro-Sub limited edition which celebrates the 50th anniversary of the pioneering dive watch, as well as Redl’s remarkable achievement. But Redl is a hands-on ambassador – he came up with the concept of the MasterLock, an innovative sliding mechanism that protects the delicate crown from shocks (or, in Redl’s case), freezing temperatures that might cause it to seize or snap off.
We spoke to him recently when he was in Sydney, and the first question we asked was one that only he – of all the human beings on earth – can answer.

T+T: What’s it like free diving under the North Pole?

CR: It’s completely different from diving in warm water. It’s the only place on earth where you have ice and sub-zero water. You dive in complete darkness, the ice is 1.8 metres thick and you have no sun coming through. So when I dived down it was dark, but when I turned back to the breathing hole it was just fantastic, the visibility was endless – nothing to interrupt the view. I could see for hundreds of metres, just totally green ice in every direction.

CR: Normally I feel the cold, and I hate it, but in this dive I didn’t feel it. Either because I was so full of adrenaline, or because compared to the -30 degrees it was above the ice the -2 degrees of the water was warm in comparison. I still can’t explain it. 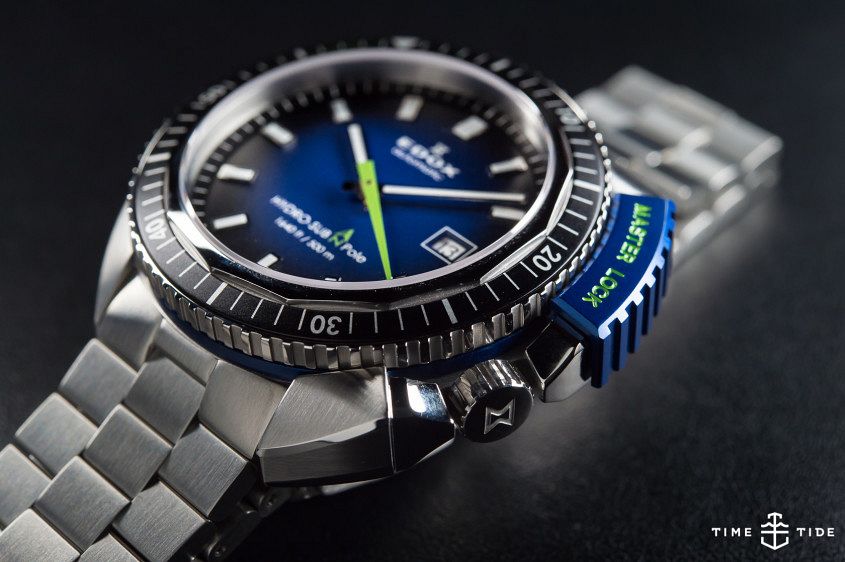 T+T: How dangerous is it?

CR: The most dangerous thing is polar bears. Fast, strong, aggressive – perfect swimmers and perfect divers. They were what scared me. This is why we had two dogs with us, to smell the bears, and a gun to scare them away. In the water I never have fear, I have a lot of respect for what I do, which is why I train properly. The main risk is of course temperature, but I’ve been doing this for a long time, so I know my limits. The other risk at the pole is the current; it’d be easy to be pushed under the ice and away from your breathing hole. So for this dive I was always attached to a rope. 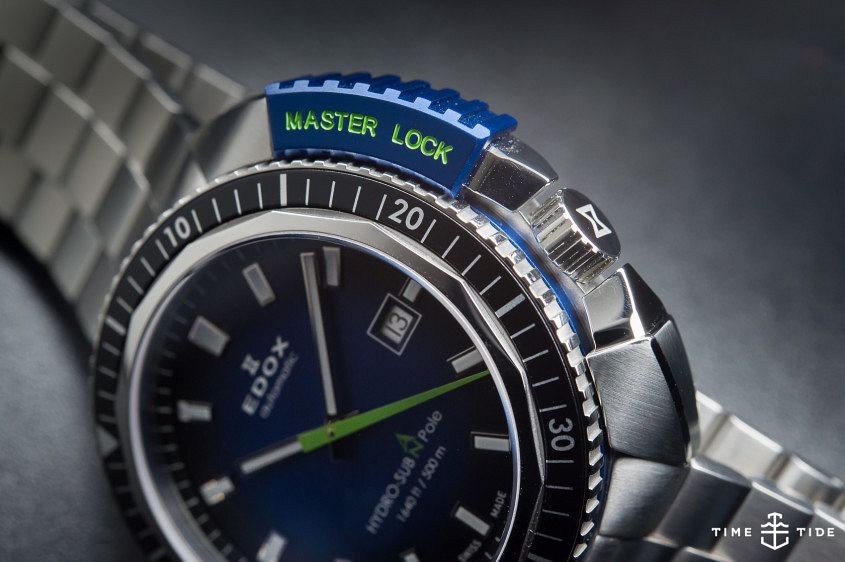 T+T: Is there anything you’d like people to know about the North Pole?

CR: The ice on the North Pole will be gone soon – we cannot stop it. It’s obvious. We can all feel it already, but we’re not thinking about how global warming will effect the Poles. We think that global warming means islands disappearing, but the global temperatures are created by cold water and warm water. When the ice is gone, the cold water is gone and this means that the global climate will change. A flood, typhoons, everything that’s changing worldwide is connected to the poles.